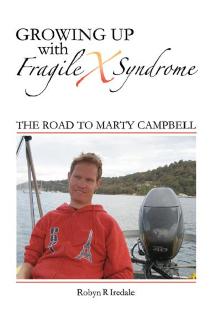 Growing up with Fragile X Syndrome: The Road to Marty Campbell is the new biography from long time Scotland Island resident, Robyn Iredale.

Robyn is launching her story of raising a son affected by fragile X (FX) and invites those living in the Pittwater area and who work in health and disability services, or who have a personal connection to or interest in fragile X, to attend.

FX syndrome is the leading cause of inherited intellectual disability and the most common known genetic cause of autism. It is found in all races and at all socio-economic levels. Latest statistics indicate 1 in 3600 males and 1 in 4000- 6000 females are affected and that as many as 1 in 280 males and 1 in 125 females are carriers. Every week in Australia one child is born who is fully affected and twelve children are born who are carriers.

Dr Iredale’s book describes her extended family’s journey along the FX road from Marty’s pre-diagnosis at age seven back in 1977, when awareness and support services were essentially non-existent, through the trials and the triumphs of school, sport and employment, to the present.

It also includes vital FX research and information on testing, health issues, education, behavioural challenges, likely outcomes for carriers versus those affected and describes with humour the many common personality traits shared by those affected, which will resonate with families touched by FX.

There have been plenty of academic books and research papers written on FX but it is believed The Road to Marty Campbell is the first personal account available worldwide.

The book’s main subject, Marty Campbell, will attend the launch.

RSVP by 24 October to Robyn via email robyn.iredale@anu.edu.au or ph. 9979 1096 Complimentary refreshments will be supplied.

For information on fragile x and to order a copy of Growing up with Fragile X Syndrome go to http://www.fragilex.org.au/  or download file below 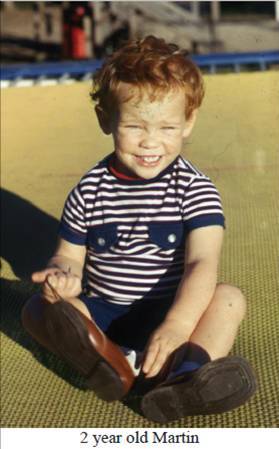 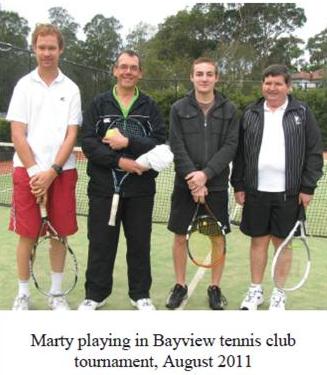 The writing of ‘Growing Up with Fragile X Syndrome: The Road to Marty Campbell’
by Dr Robyn Iredale

(1.):  It has been estimated that, worldwide, 50% of people affected by fragile X have not been correctly diagnosed.