The next generation of young surfers will have the chance to rub sandy shoulders with surfing world champions again this spring at Barton Lynch’s 2013 “Hurley BL Blast Off presented by beecraft” surf festival.

Now in its eighth year, kids 14 years and under (with some surf experience) can head to Sydney’s Northern Beaches for a jam-packed four-day surfing festival full of instruction, activities, competition and surfing greats.

With 350 spots available, the Hurley BL Blast off is the largest single grommet event in the world.

In 2013 the school holiday fun will run from Monday September 23 to Thursday September 26 at Palm Beach - with Whale Beach and Avalon the back-up venues depending on surf conditions.

There is the potential that each day can be held at a different break adding an element of adventure and surprise to the event.  The event also features a unique format that focuses on coaching and performance improvement rather than wave scores.

The first 14 and under surf event and competition of its kind in Australia, the Blast Off is all about providing the very best pre-junior surfing experience for groms.

The event is held on weekdays during the school holidays so kids get a good run of the beach; there’s a focus on fun over competitive stress - and everyone gets at least two chances to surf before elimination.  And, in the spirit of improvement and enjoyment, all kids are offered advice and coaching (from World Champ Barton Lynch) no matter their age or experience in a supportive and fun environment.

“Getting the opportunity to give back to young surfers is one of the things I love most, and Blast Off is the perfect platform to do just that.  It’s important that young kids can learn and compete with the focus on fun,” says Barton Lynch of the event he founded.

With the warmer spring weather kicking in, the Blast Off surf festival is a great way to keep kids active, and budding junior surf pros will get a real chance to show off their skills, talk to the champs and meet other like-minded kids.

Surf legends such as Layne Beachley, Tom Carroll, Rabbit Bartholomew, Damien Hardman, Laura Enever, Harley Ingleby and Terry Richardson – as well as Barton Lynch, of course – will all be part of the festival again in 2013.

The competition itself is broken up into age and gender categories from 6yo to 14yo (although kids as young as 3 and 4 also participate), with everyone receiving a goodie bag for participating, with awesome prizes for those ranked 1st -6th.

The divisions are 14s, 12s, 10s, 8s, and 6s for both girls and boys with the judging and coaching panels made up of ex pro surfers, coaches and expert surfers to give participating kids the best advice and direction to take their surfing into the future.

“Blast Off gives kids an amazing opportunity to learn from some of our country’s best surfers,” says Hurley Australia CEO Jason Haynes. “And it’s a great chance – for the whole family to enjoy the beach and take part in some relaxed competitions and have an awesome active holiday experience.  Hurley is proud to support this fantastic event that offers 350 kids the chance to become a part of Australia’s thriving surf community.”

Intellect and an irrepressible social conscience combine to make Barton Lynch one of the most formidable figures in surfing of the last three decades.

He refined his competitive act into a near flawless, fluid routine of vertical manoeuvres that brought him immediate success on the Association of Surfing Professionals (ASP) world tour. He spent 13 consecutive years in the elite top 16 rated surfers, earning a reputation as a tactical competitor as well as a forthright and articulate spokesman for the sport.

His greatest competitive moment could not have been more perfectly scripted, as he surfed the perfect tubes of Hawaii’s famed Pipeline, to take out the 1988 Billabong Pro and the World Title. He retired from competition in March 1998, after 15 years on the ASP tour and a total of 17 WCT victories.

The essence of Hurley is based on our love of the ocean and its constant state of change.  With deep roots in beach culture, we are all about inclusion and positivity.  Our brand was started with the idea of facilitating the dreams of the youth.  Music and art are the common threads that bring us all together.  We are passionate about freedom of expression and the individual voice.  We place a premium on smiles.  Welcome to our world, imagine the possibilities www.hurley.com

beecraft was established in 1981 and is predominately a residential building & landscaping company who have carried out countless projects in Sydney for over 30 years.

The company has grown steadily since it's inception, their core values of innovation, integrity, quality and builder/client relations have never been compromised and are the cornerstone of the business.

Numerous members of the team enjoy living on the northern beaches and the beach culture that goes with it. We are proud to have been associated with Barton & 'Blast Off' over the last few years and are excited about our new role as presenting sponsor.'

For more check out-  www.beecraft.com.au 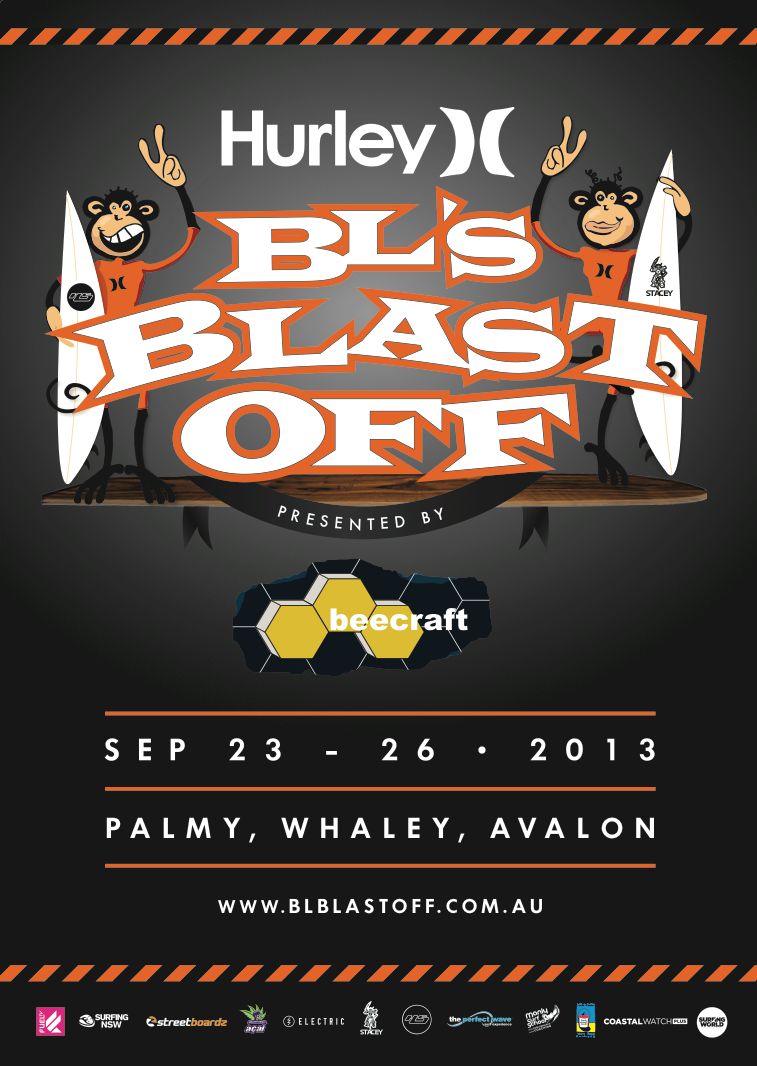