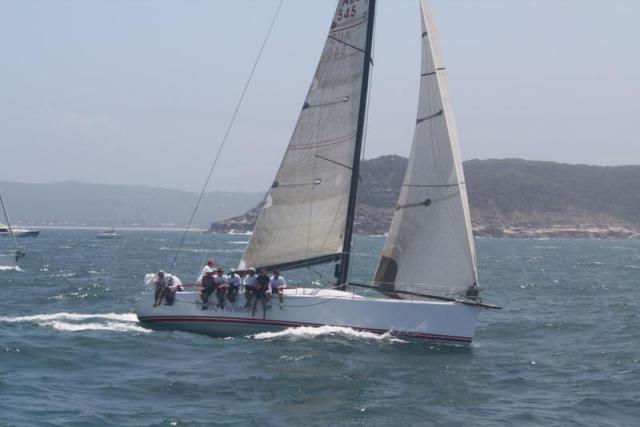 Above: Pretty Woman. Below: About Time 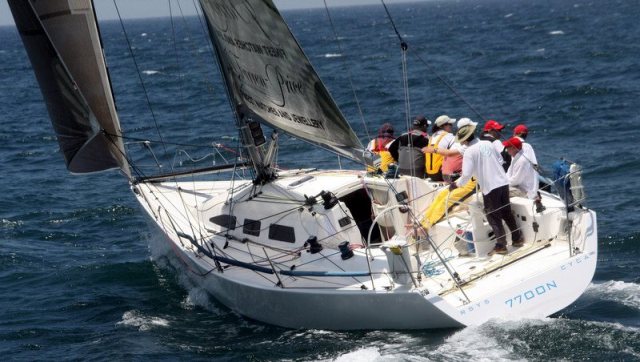 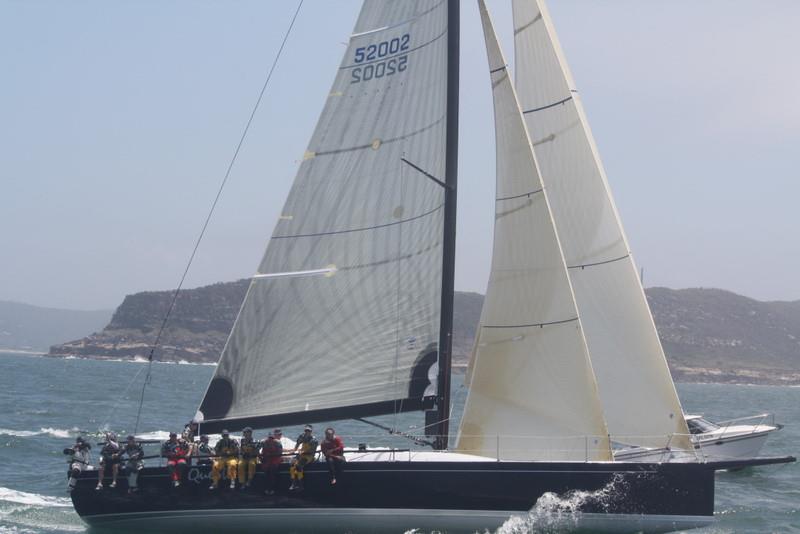 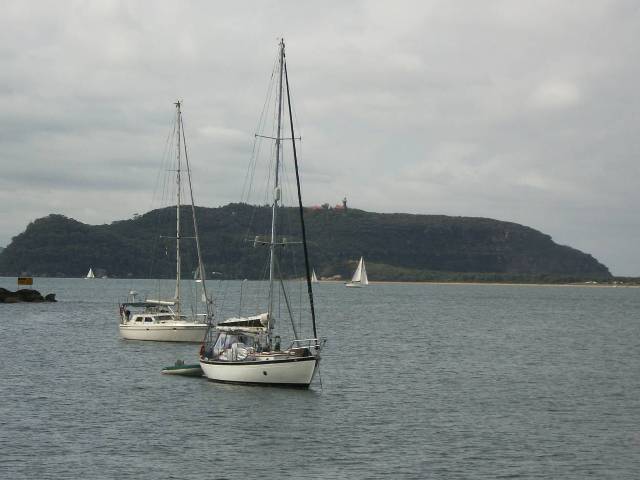 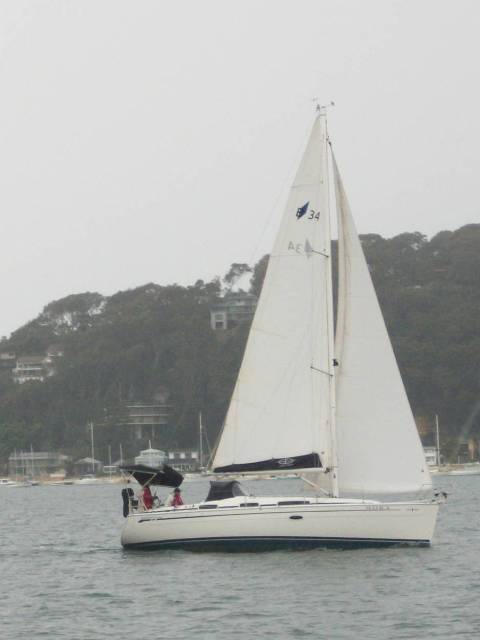 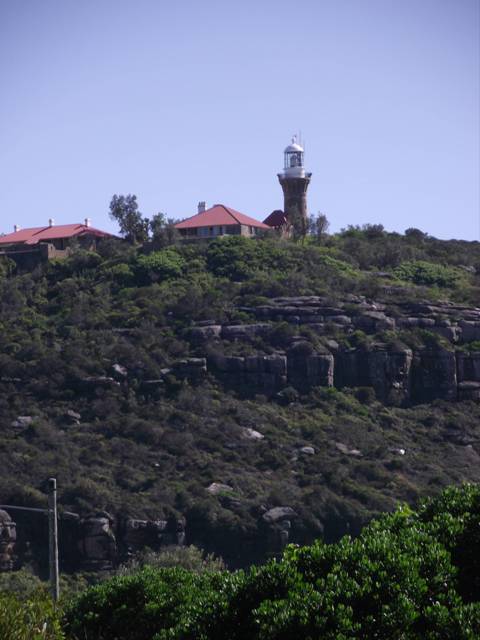 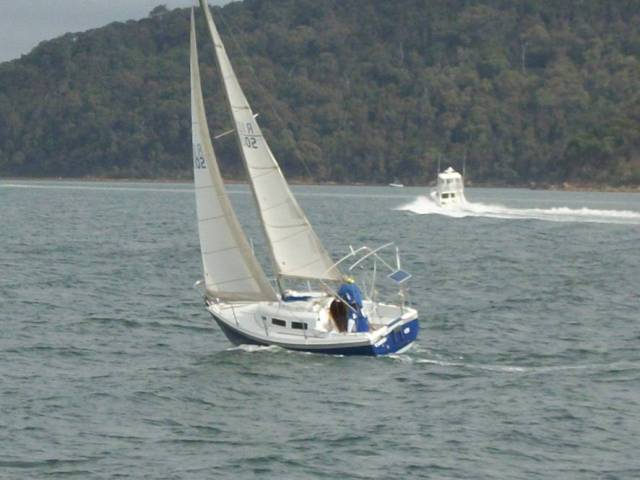 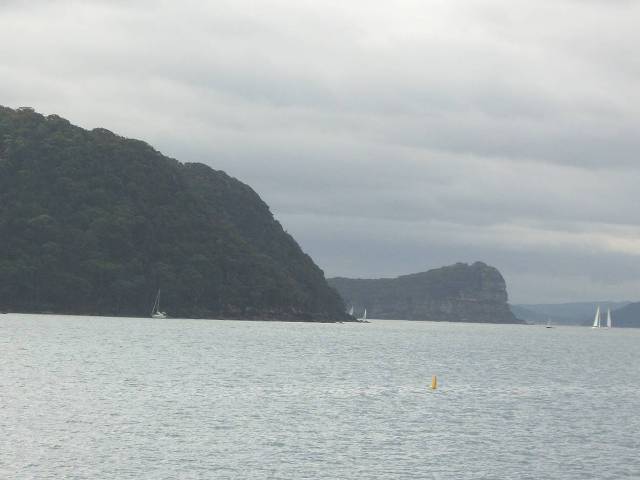 Words and Images Courtesy of and Copyright of Damian Devine and RPAYC.

The Dawning of a New Regatta
by Damian Devine

A chance stopover and some friendly hospitality from the Coffs locals some 30 years ago was all that was needed to launch what is now one of Australia’s major yacht classics – the Pittwater & Coffs Harbour Regatta. As they say, it started with a drink!

At 1pm on 2 January 2012, a fleet of just under 50 will line up for the start of the 31st Pittwater to Coffs Harbour yacht race hosted by The Royal Prince Alfred Yacht Club.

The race dubbed the “warm water classic” is the first race of the rebadged Pittwater & Coffs Harbour Regatta consisting of five races with another four races being staged in Coffs Harbour over two days on 5-6 January. The five races shall count for the overall regatta score with no discards and double points awarded for race one.

There will be IRC, PHS, ORCi and Shorthanded divisions. The regatta will also incorporate the inaugural Australian PHS Championships. The Championship will see PHS boats competing for a trophy to become the National champion.
The regatta attracts racing enthusiasts from a broad base of clubs across Australia and for the record the fleet of 47 will come from 3 states representing 16 yacht clubs extending from Hamilton Island in the North to Brighton in the South. There will be 14 new boats, nine boats under 11m and two contesting the Shorthanded Division. In IRC, there will be 26 racing whilst 21 boats will contest the Australian PHS championship.

RPAYC Commodore Rob Curtis competing with his Murray 42 ‘Secret Men’s Business #1’ says, “Both the RPAYC and CHYC have put in a lot of hard work into setting up the regatta and we know it will be another great event for everybody.”

“With the introduction of the Australian PHS championships we hope that it will provide for some excellent competition in the PHS arena. I am looking forward to competing in the event after having a rest for a couple of years, sailing the race that goes South on Boxing Day. My crew and I are very much looking forward to the regatta this year and especially, the turning left aspect towards Coffs.”

The 66ft ‘Wild Oats X’, skippered by Mark Richards took line honours in the 30th race in 2011 in a time of 23hrs 6mins 48secs whilst Julian Farren-Price’s Cookson 12 ‘About Time’ won dual IRC crowns for the race and overall series for the second time in three years.

Jeweler Julian Farren-Price and his aptly named Cookson 12 ‘About Time’ said, “The crew and I are looking forward to again being a part of the Pittwater & Coffs Harbour Regatta. Having placed in the last four regattas I suspect it is too greedy and optimistic to think we could get a 5th result but you can bet we will be wearing our sheets out to give it a good shake. Ideally, we like reaching weather and another nice hole for the boys in front would again be well received divine intervention”.

Plenty of regulars will be amongst the competition including two 25 plus race veterans, skippers Richard Hudson and Brian Ellis who will be respectively in charge of the IC 45 ‘Pretty Woman’ and the Farr 40 ‘Witchcraft’ owned by Bruce Staples. In his 25 attempts to date, Richard Hudson, also the Coffs Organising Committee Chairman, has climbed the podium ten times with his most recent with syndicate owners Russell Murphy and Michael Lockley in 2009 when they captured a trifecta of seconds; line honours, IRC handicap and overall regatta.

“I am looking forward to the regatta as I do every year and getting to Coffs for some great racing. There’s been plenty of work behind the scenes in preparation for the regatta at both ends so the crews should have a great time. The fleet is a very competitive one and we should see some very close racing."

Bruce Absolon’s Volvo 60 ‘Spirit of the Maid’, the largest in the fleet is keen to take the inaugural PHS title. Absolon, a regular to the event over the past five years will once again make the trek down from the Whitsundays commented, “We love competing in the Pittwater & Coffs regatta each year and sharing the camaraderie with other crews. We’re also excited about competing in the PHS Championships which is a great initiative for the regatta.”

“The race to Coffs is fantastic as to is the racing in Coffs and the hospitality there is superb. Strong head winds and messy seas would be our forte.” added Absolon.

Another to enter is the recently purchased DK46 which carries the name of Bob Cox's successful NS 369 'Nine Dragons' representing MHYC. The DK46 is a significant step up for the owner and crew; and the Coffs Harbour race will be its first major test. They were reasonably comfortable on the NS 369 offshore, and were delighted with her podium finishes in the 2010 and 2011 Coffs races. The other DK46 entered, also from MHYC, is Rob Reynolds ‘Exile’. Both DK46s will come into handicap contention.

Smaller boats have always been an integral part of the fleet and the 2012 regatta has again attracted a number of small boats to the event providing a race within a race towards the back of the fleet.

The smallest to boat to enter is the Farr 30 ‘Skeeter’ skippered by DSC’s Sandor Tornai and ‘Shaya Moya’, a MBD Mount Gay 30 skippered by Cronulla’s SC Greg Barter.  Another small boat and also a first timer to this arena is Botany Bay Yacht Club’s Brendan Lyon’s Carter 33, ‘Fast Forward’.

Lyon, competing in the PHS Division spoke about his aspirations for the regatta, “Fast Forward’s crew are really looking forward to the regatta. This will be our first long offshore race, so it’ll be a big learning curve for us. The Pittwater to Coffs race has got an excellent reputation as a race that delivers tough strategic sailing on the water and a great off-water experience too.”

The Category Two  226nm Pittwater to Coffs race gives competitors the opportunity to turn left at Barrenjoey and enjoy a tactical challenge between the current and the beaches, as they tack their way north around spectacular headlands to the finish in Coffs Harbour.

Line honors favourites to take home the coveted Bell Trophy will be ‘Future Shock’ an Elliot 57 skippered by Craig Ellis, the Volvo 60 ‘Spirit of the Maid’, ‘Merlin’ a Kaiko 52 skippered by Richard Brooks and ‘Pretty Woman’ who finished 2nd over the line in 2009 in the absence of any maxis and boasts a competitive crew and brand new sails. Without ‘Wild Oats X’ in the fleet, the race is wide open and provides an opportunity to have their name etched on the trophy.

‘Future Shock’ finished fourth over the line in the 2010 race and with plenty of offshore experience this will be the boat to catch. Craig Ellis, skipper of the slick green machine ‘Future Shock’ said, "After our disappointing retirement in last year’s race when we were racing short handed we have decided to race fully crewed again. My thoughts are if you are going to race the boat like its fully crewed you might as well have the crew on board. Last year we pushed the boat to stay with the TP52’s but changing sails and packing kites on a 57 foot yacht is quite tough with two people.”

“We usually hope for a southerly for Future Shock but this year we are hoping the traditional Nor’ Easter will prevail as she is set up better than ever for windward work. We have purchased all new sails from Ian Short who will be our tactician and with a further 10 experienced crew like Troy Grafton on the main should really make a difference to our performance. We are looking forward to racing the Volvo 60.”

The current race record of 18 hours 29 minutes 14 seconds set in the 2003 race is held by Bob Oatley when he owned the  60 foot ‘Wild Oats IX’. To break the record they need to be in Coffs Harbour before 7:29am on 3 January.

In terms of IRC handicap contention, there's a bunch of boats including the dual 2009 and 2011 winner, the Cookson 12 ‘About Time’, especially if reaching conditions are prevalent. Others into keep an eye out for will be the host clubs IC45 ‘Pretty Woman’  and the two Farr 40s Chris Way’s ‘Easy Tiger’ and ‘Witchcraft’ who will be skippered by 26 race veteran Brian Ellis and will have a wily, experienced crew including Peter Antill. Both Ellis and Antill, with more than 50 Coffs races between them, know the track as well as anyone. ‘Witchcraft’ was fourth in 2011.

Beneteau First 40s are proven performers on handicap and in 2012 sees three in the fleet including ‘Close Halled’, skippered by Graham Hall from LMYC and third last year, the 2010 launched ‘Ariel’ from the CYC skippered by Ron Forster is in her first full racing season and RQYS Tony Kinsman’s ‘Blunderbuss’, a new yacht with an experienced crew.

There are four Sydney 38s who will use the regatta as a warm up to the nationals in late January with RPAYC’s Mark Griffiths ‘Old School’ showing the best form with recent wins in the Pittwater Regatta, SORS and the Rolex Trophy and with tactician Steve McConaghy on the team, they are not to be overlooked.

In terms of PHS, keep an eye on ‘Garry Holder’s ID35 ‘The Real Thing’, the defending PHS regatta champion and third in the Coffs race in 2011, John McConaghy’s ‘Second Time Around’, a McConaghy 47 second in the race and the regatta last year and Jack Goluzd’s brand new ID35 ‘Bling’ and sister ship to ‘The Real Thing’ with a "turbo" refit and new sail wardrobe, the RPAYC Commodore Rob Curtis’ Murray 42 ‘Secret Men’s Business’ and the Coffs Harbour boat ‘B52’, a Sydney 41 who has podiumed twice in the past.

The Coffs Harbour Yacht Club, where much of the celebrations will take place, has been busy in preparations for the event. They have co-ordinated  a huge social calendar to accommodate the families and partners on race days and nightly entertainment in the marquee and Wild Oats wine bar.

Time will tell whether conditions for the 2012 Pittwater to Coffs Harbour Race are kind to competitors but one thing’s for sure everyone will have a good time and there will be plenty of action down on the docks in Coffs Harbour for locals to see.

The organizers would like to thank their sponsors Robert Oatley vineyards, Coffs Harbour Toyota, Australian Yacht Management and Solar. 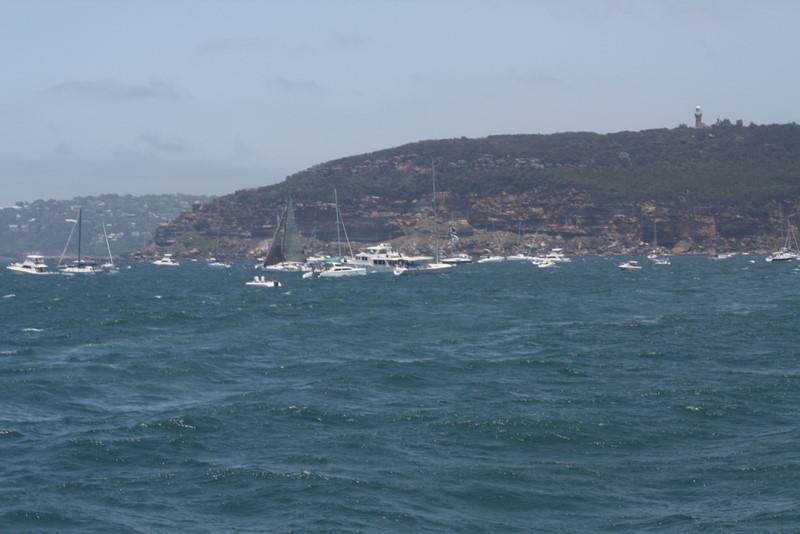