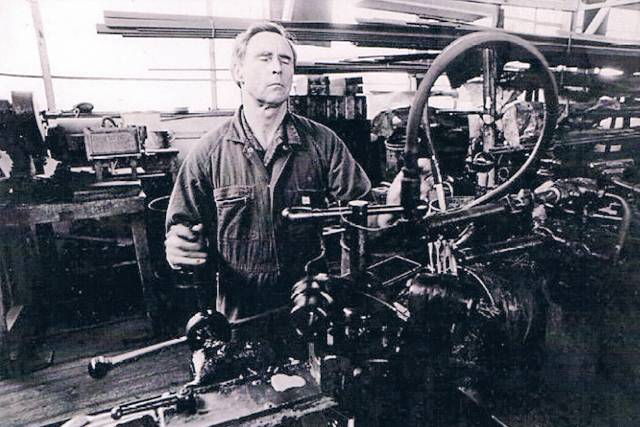 Stretching the Bonds of Blindness

John Dingle (above) is a former business owner who has ran, employed and trained others in his factory. Now over 80, he has retired to the South Coast and is still 'as sharp as a tack'. Below are John's two machines, used to write the article in the right column. First is a typical antique Stainsby 1899 Braille writer, below that is a Stylus and Metal Guideframe. These can be seen at Mona Vale, contact us if interested. 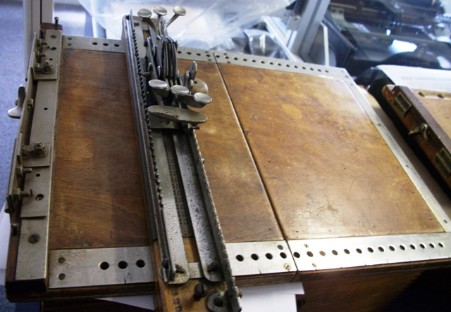 The Coming of the Braille Code
by John Dingle

The first practical system of writing and reading for people without sight was invented by Louis Braille; then a youth having lost his sight due to an accident as a child. His concept of the raised dot method was vehemently opposed by those authorities under whose care he was educated; notwithstanding that the books then in use, were excessively bulky and inadequate for fluent reading.
Once learned the Braille code is not difficult to write or read. Braille letters bear no resemblance to the alternative print. Characters are individually made up from a possible formation of up to a maximum of six dots; two adjacent vertical lines, each of three available dots. Characters thus formed fit easily under a finger tip. The one to six dot arrangement provides for a great number of specific combinations.

Becoming familiar with the Braille alphabet is only the start of a learner's task. Handwriting must be done from right hand to left hand, to form embossed dots on the underside of the page. To read the text, the page must be turned over and read from left to right hand.

The need to mentally reverse the symbols from the written to the readable layout, can be at first very confusing for beginners; but children especially, generally overcome that trial easily enough. The greater size of Braille characters in comparison to the print equivalents renders Braille productions cumbersome. One American printing in Braille, of the King James version of the Bible runs to twenty volumes. It requires a shelf length of four feet six inches (1350mm), and a depth of thirteen inches (325mm).

The inclusion of an extensive range of "contractions" goes some way to minimizing that impediment; but of greater importance it enhances fluency in writing and reading. The extent to which space is saved by the use of "contractions" is illustrated by the chart.

Learning the entire code is a long but rewarding exercise.

Due to Louis Braille's revolutionary invention and persistence and throughout his youth and manhood he was ridiculed and derided by all but a few of his bureaucratic superiors; but in time, the Braille system became universally adopted. The advent of the code meant for blind people thence forth, the breakdown of the greatest barrier to their literacy and their access to the world of all encompassing knowledge.

Louis Braille was finally assigned a place of honour among the heroes of France.

It may be of interest that this brief tribute to the vision of the inventor to whom we are so much indebted, was originally Brailled by hand; using a stylus and metal guide frame. This method, generally considered now to be archaic due to the ongoing appearance of various embossing machines; has remained for this writer the most convenient facility for the conduct of business and the pursuit of various pet interests.