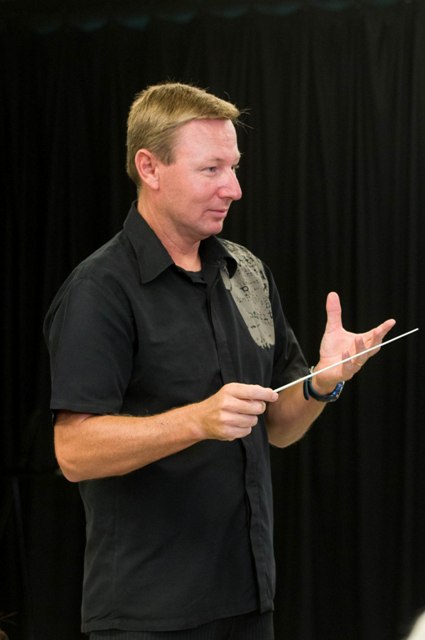 Above: Dr. Martin Hardy at rehearsals. Below:  Pianist Anthony MacDermott. Below this: Brian Hayes 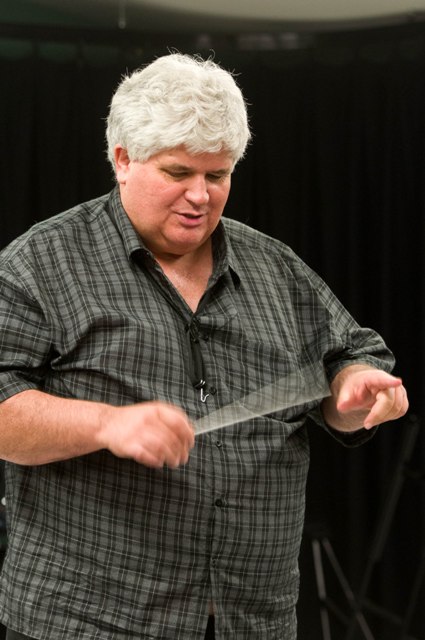 Above: 'Kosciuszko' by Brendan Collins for Concert Band available from www.reedmusic.com. Performance by Northern Beaches Symphonic Wind Ensemble, conducted by Dr Martin Hardy. This piece portrays the life and influence of Tadeusz Kosciuszko from his early Polish military life to his fight for freedom in the U.S.A. The piece concludes with a climb to the summit of Australia's highest peak, Mount Kosciuszko. 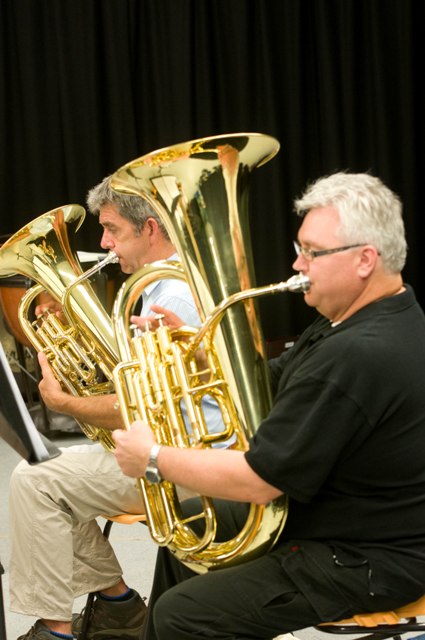 In March this year Pittwater hosted a very special concert from visiting USA school New Trier: (Article Here).  Apart from showcasing some of the great music these children were to play at Sydney’s Opera House the following evening we were also treated to music from the Sydney Northern Beaches Symphonic Wind Ensemble. Led by current Deputy Principal at Pittwater High School and a gent with a wealth of musical knowledge, Dr Martin Hardy, this ensemble serves our local Northern Beaches community through regular concerts that lift the spirit and fire the imagination. The range and passion each musician brings wakes you up by what is best described as experiencing an essential breath of exhilaration.

The members of the SNBSWE are both professionals and amateurs who all share an abiding commitment to practicing and honing their skills and sharing the results. Many play more then one instrument. Dr Martin Hardy’s formal qualifications include a Bachelor of Music Education from the Sydney College of Advanced Education, a Master of Music from the University of New South Wales, an Associate of Music Australia (Trombone), and a PhD in instrumental education with The University of Western Sydney. As a trombonist, Martin has worked professionally in a variety of musical genres from small jazz ensembles to symphony orchestras. As a conductor he has worked with many of the country’s finest ensembles, including the New South Wales State School’s Symphonic Wind Ensemble, the University of New South Wales Wind Ensemble, the Sydney Metropolitan North Schools Symphony Orchestra and Bands, as well as the Northern Beaches Youth Orchestra, now known as the Northern Beaches Orchestra as many of these members have matured. We attended one of their concerts at Barrenjoey High School last Sunday evening (13.5.2012), the first time they’d played a full symphony, led by Dr Hardy for the first two movements, and it was fantastic. Listening to wonderful music at home is great, immersing yourself in music played live is to experience it as a living espiritos, more so when it is an orchestra. It's as though every part of our own bodies corresponds with a particular instrument and is compelled to meet these and then rises as one whole harmony in celebration.

Curious yet? ... want to breathe that Breath? Denise Morgan, who plays clarinet with this Ensemble, helps us this week…

How did the SNBSWE begin ?

From the mid 1990s SNBSWE moved further up the peninsula to rehearse at Pittwater High School and catered for the many excellent musicians who graduated from the local high schools. After a five year break from 2001 to 2006, the band reformed, still under the baton of Dr Martin Hardy. 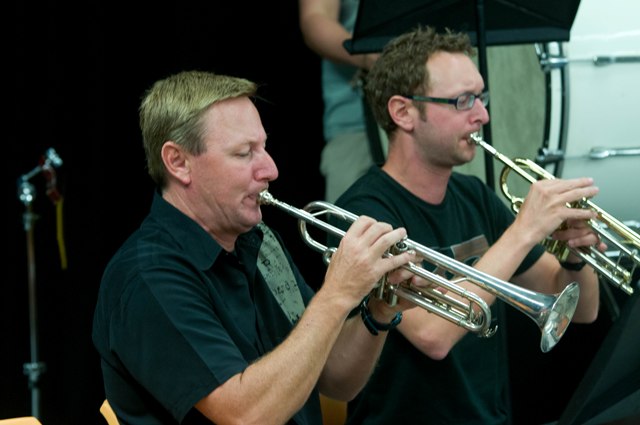 Why was the SNBSWE formed?

The band was formed to provide an avenue for local instrumental directors, instrumental teachers and experienced musicians who have graduated from high school to experience high grade symphonic repertoire.

SNBSWE performs a minimum of 8 host symphonic concerts a year which have included guest ensembles from around the world and Australia.  Additional gigs have included international music festivals in some of Sydney’s best performing venues including the Sydney Opera House and Town Hall.  The award winning USA New Trier High School Symphonic band, ensemble and choir featured at the first SNBSWE March concert this year.  The second concert (April 1) featured the Northern Sydney Primary and Secondary Regional bands as well as the acappella choir, the Owls and the Pussycats.

If there were one or two pieces of music which epitomise or would be nominated as favourites for this Ensemble, what would they be?

Percy Grainger is always a popular composer and his “Colonial Song” would have to be a favourite.  Other pieces such as selections from “Wicked”, “Phantom” and “West Side Story”, and Leonard Bernstein’s “Overture to Candide” and “Slava!” are great to play and perform.  Frank Ticheli’s “Amazing Grace” and “Abracadabra” is also popular.  Gershwin features as well including excerpts from Fascinating Rhythm, Embraceable you, Somebody Loves Me and I Got Rhythm.  Kosciuszko by Brendan Collins celebrates the life of this Polish military commander and his fight for freedom and is featured on the YouTube link.

The SNBSWE also has concerts that incorporate overseas acts/groups. How do you choose whom to perform with, is there a common ground/group club that interacts ?

Dr Martin Hardy has close links with New Trier High School and has had trips to the States with various bands he is connected with. It’s all largely done through networking amongst dedicated teachers and band directors. We perform with anyone who has an interest in performing great pieces of music with dedicated amateur and professional musicians.

Our mid week term end concerts usually include performing with high school or primary school bands, small groups or ensembles, who have a love of fine music and welcome the chance to perform to an appreciative audience.

Our Sunday term end concerts usually include local or regional advanced bands or, as with New Trier, special performances by overseas guests. It just happened this time that the concerts needed to be switched because New Trier commitments.

What is the SNBSWE's favourite place in Pittwater and why ?

Band director, Dr Martin Hardy, would say on Pittwater aboard his yacht. I would say the coastal walks from Narrabeen to Palm Beach finishing at the lighthouse on Barrenjoey Headland for a panoramic view of all that is Pittwater.

What is the SNBSWE's 'motto for life' or a favourite phrase it tries to live by ?

The underlying philosophy of SNBSWE is that music is for pleasure and for life.

It’s something you never lose.  Ensemble playing with SNBSWE provides wonderful opportunities to maintain and improve playing as well as enjoyment of great music. 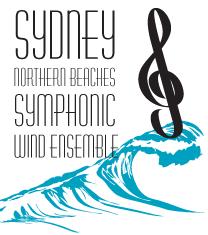 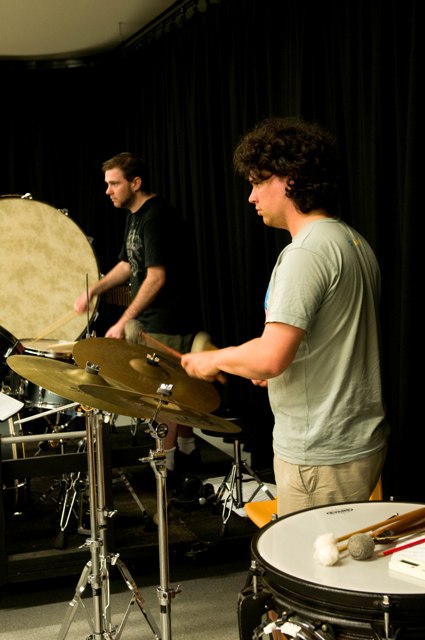