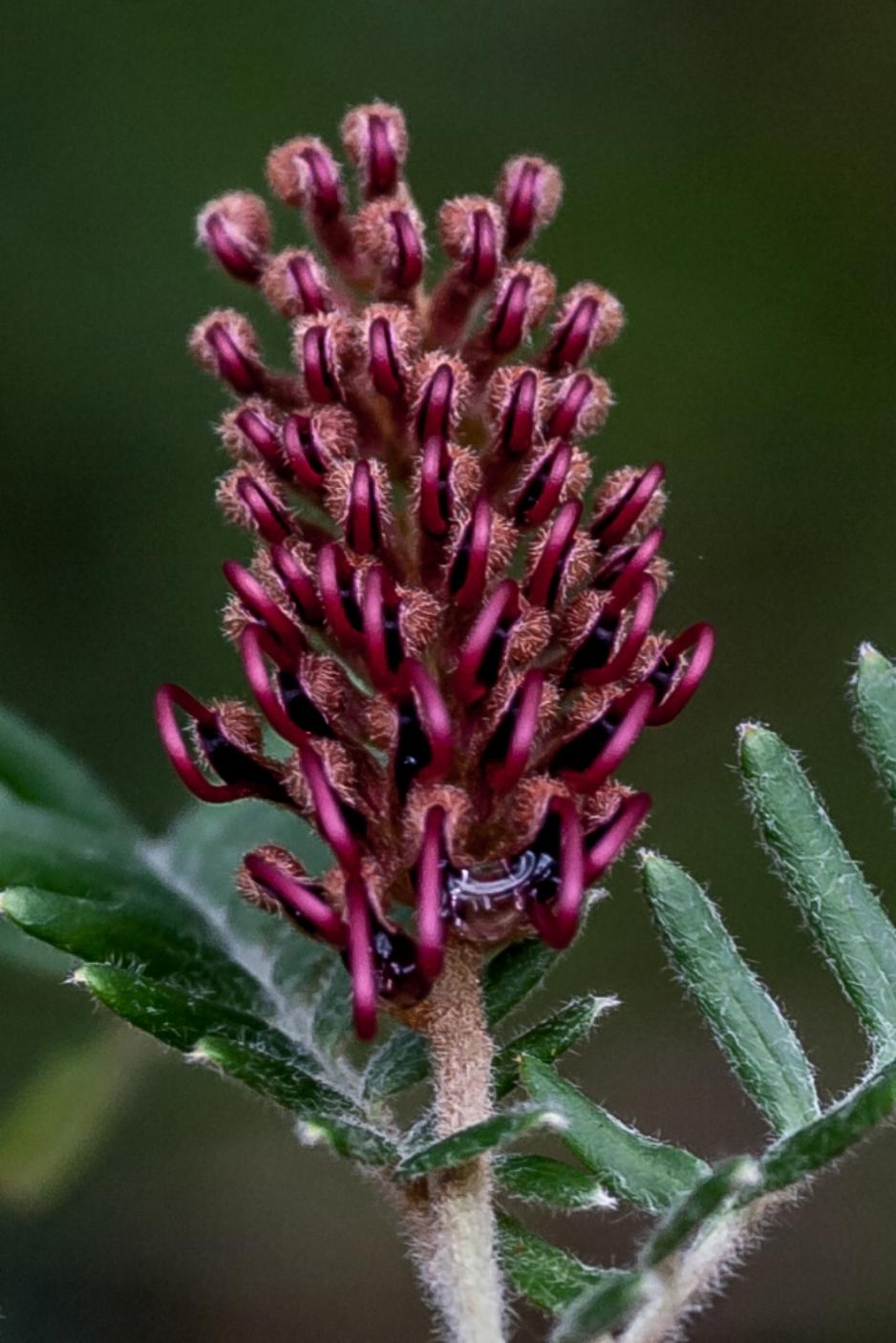 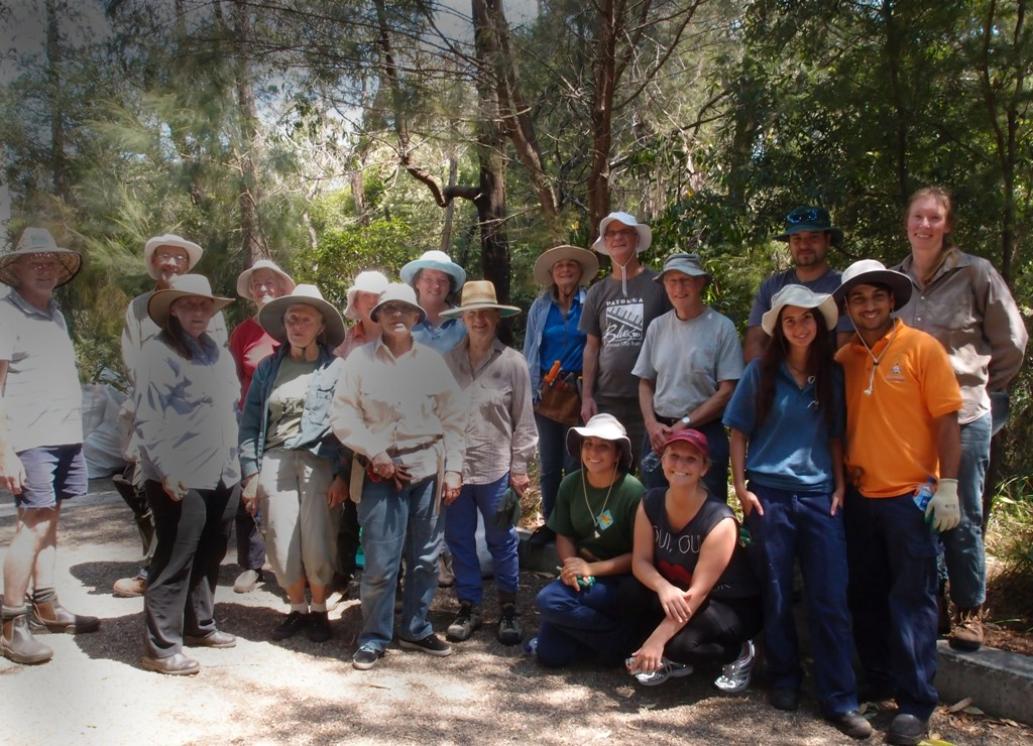 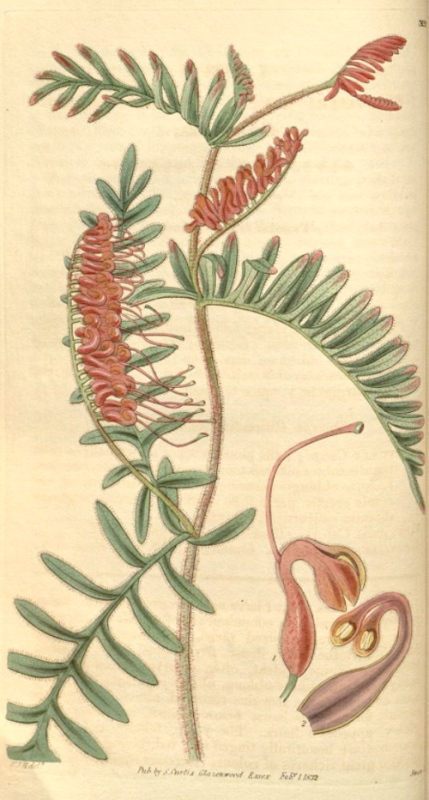 Grevillea caleyi, also known as Caley's Grevillea, is a shrub which is endemic to Australia. It grows up to 4 metres in height and flowers between August and December (mid winter to early summer) in its native range. Flowers have a fawn perianth and maroon or red styles with green tips. It occurs on ridges in a restricted area within the north-eastern suburbs of Sydney in woodland-heath.

George Cayley was one of our early explorers to venture into the Blue Mountains. In January 1807 (some sources state 1805 as above) he and an accompanying party walked from Parramatta across the northern ridges to the sea near Narrabeen – a record of this four-day journey is titled ‘A Journey to the Sea’ in his journals. Cayley’s route went from Captain Macarthur’s farm at Pennant Hills through present day St Ives to Narrabeen Lagoon and the sea. He returned by the upper reaches of Middle Harbour (Caley 1805).

On the 21st of October 2013 at 9 am a large turn-out from the wider community of volunteers and Baha’i volunteers helped the weed control works within the Grevillea caleyi and Duffys Forest ecological community habitat.

The work is part of a project funded by Hawkesbury Nepean Catchment Management Authority and supported by the NSW Office of Environment and Heritage and Pittwater Council. Pittwater Natural Heritage Association is administering the project. The project is a joint initiative between the Baha'i Community, Pittwater Natural Heritage Association, the NSW Office of Environment and Heritage and the Hawkesbury-Nepean CMA. Karin Nippard from the Pittwater Council has provided advice and support to the Bushcare volunteers. Last Monday was the start of work by professional bush regenerator and 18 volunteers as well as staff from the Baha'i.

The conservation of threatened species, populations and ecological communities is crucial for the maintenance of this States unique biodiversity. In NSW the Threatened Species Conservation Act 1995 (TSC Act) provides the framework to conserve and recover species, populations and communities through the preparation and implementation of recovery plans.

The preparation and implementation of recovery plans is identified by both the National Strategy for the Conservation of Australia’s Biological Diversity and the NSW Biodiveristy Strategy as a key strategy for the conservation of threatened flora, fauna and invertebrates. The object of a recovery plan is to document the management actions required to promote the recovery of a threatened species, population or ecological community and to ensure their ongoing viability in nature.

Grevillea caleyi is listed as endangered on the Commonwealth Environment Protection and Biodiversity Conservation Act 1999 (EPBC Act) and as endangered on Schedule 1 of the TSC Act. G. caleyi is a medium to tall shrub (family Proteaceae) that is found around the northern Sydney suburbs of Belrose, Duffys Forest/Terrey Hills and Ingleside within Pittwater and Warringah local government areas.

G. caleyi occurs on laterite soils in open forests or low open forests. Within this area, approximately 800 hectares of suitable habitat once existed in three major patches and G. caleyi was probably widespread in these areas. Today over 85% of this habitat has been cleared for urban growth and G. caleyi now only occupies approximately 7 hectares of habitat made up of 26 sites. These sites are small, fragmented, highly disturbed patches of which only five occur on the boundaries of Ku-ring-gai Chase and Garigal National Parks. The remaining 21 sites occur on a combination of freehold and crown land, managed by Warringah and Pittwater Councils, Department of Education and Training, the Roads and Traffic Authority, Department of Lands, Energy Australia and other private landholders.

The major threats to the survival of G. caleyi arise from human interference in the environment. These threats range from loss of habitat through changes in landuse, urbanisation and associated infrastructure, an inappropriate fire regime, to localised disturbance at sites including invasion of weed species and the dumping of rubbish. At all sites it is the interaction of a range of threats that currently impacts on G. caleyi.

To provide for the future recovery of G. caleyi, this recovery plan advocates a program that:

establishes the extent of the current distribution of the species;

raises awareness of the species and provides the community with information that assists with its conservation; and

provides a greater understanding of aspects of the biology and ecology of the species that will assist future management.

Pittwater Natural Heritage Association and the Baha’i Temple management encourage Pittwater residents to volunteer for upcoming bushcare days. The next event will be on 25 November. For more information email pnhainfo@gmail.com 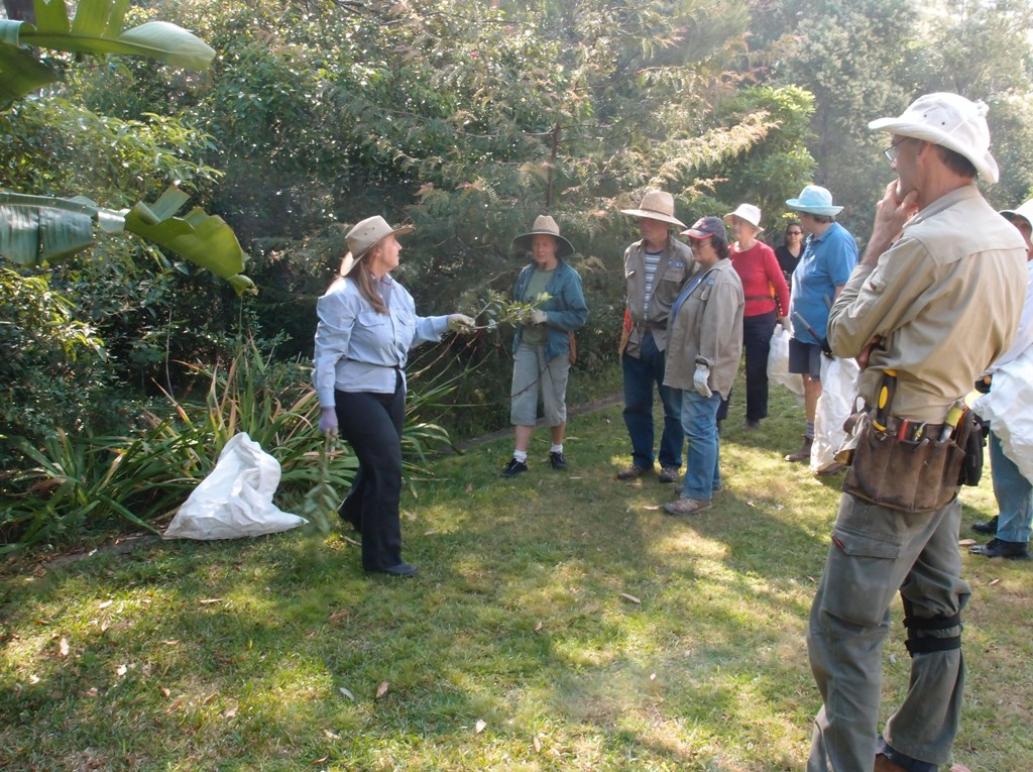 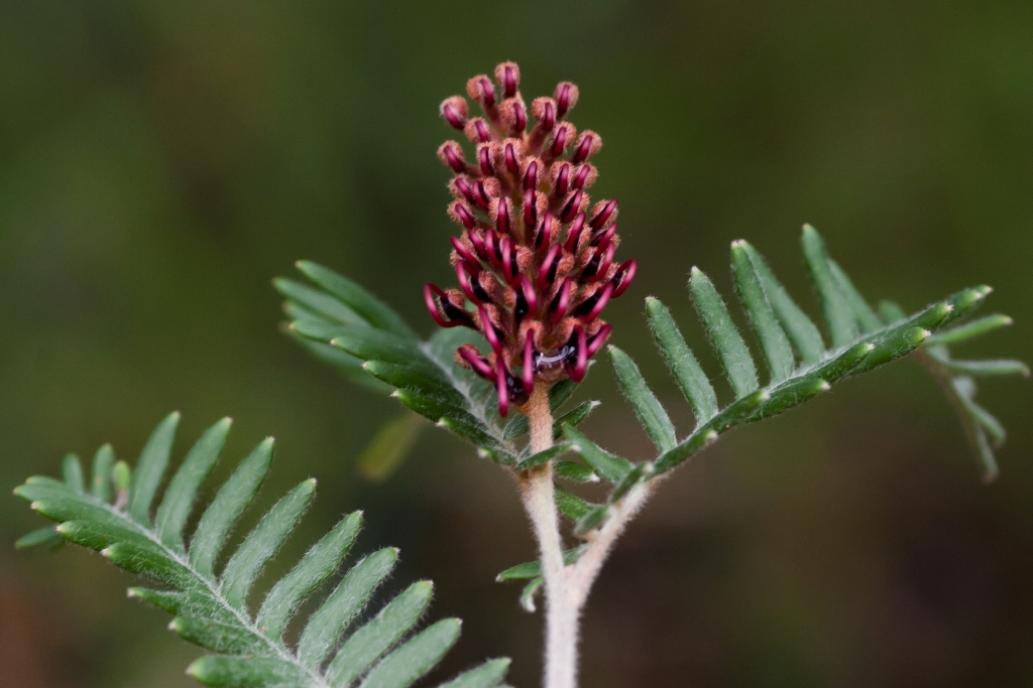