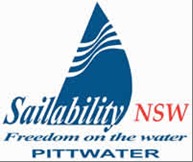 We are currently looking for new volunteers for our Saturday morning program at Rowland Reserve and Tuesdays at RPA. Visit our website for more information at www.sailability.org/au/pittwater or call John on 99825656 / 0409391065

Sailing is exhilaration and freedom for all, an inherent part of our culture and enjoyment of Pittwater. An Organization's that subscribes to this love of water and the expanded horizons given by being in a boat and in a breeze, to the calmness and big grin brought out in all, is Sailability Pittwater. Their affirmed purpose is ‘to facilitate sailing for everyone, regardless of age or ability with emphasis on opportunities for people with disabilities’.

As we head towards the new sailing season this local branch of the empowering and liberating Sailability organisation opens Augusts’ celebrations of organisations that invest in people and health, in culture and spirit, in Pittwater itself.

Sailability Pittwater has been in existence for 16 years now (April each year is anniversary) and is an established part of our community. Why do you think the community, apart from hearing delightful squeals and laughs, has so quickly embraced and supported this great organisation?

It is in no small measure a credit to the drive and enthusiasm of Allan Jones, who with his wife Jan and many supporters, did the ‘hard yards’, establishing the basis of what is arguable the most successful Sailability Branch in NSW, and probably Australia. Early operations were out of BYRA, where sailors and crew had to negotiate tidal flats before sailing. This involved a lot of heavy lifting and hard work, however at Rowland Reserve we have been able use equipment which takes all the heavy work out of it.

How did you develop a system for safely teaching your new sailors or is it adjusted to individuals needs ?

The needs for teaching and coaching vary according to the person, so all our programs are tailored to the individual. Our policy is the give the sailor as much control of the boat as they can handle, starting from young boys from Fisher Rd who use the boats as dodgem cars, in the process learning to steer, to high school students and adults, who can assess where the wind is coming from and sail accordingly. For those with limited movement we have joystick servo electric controls.

What is the best thing about taking people out on the water? 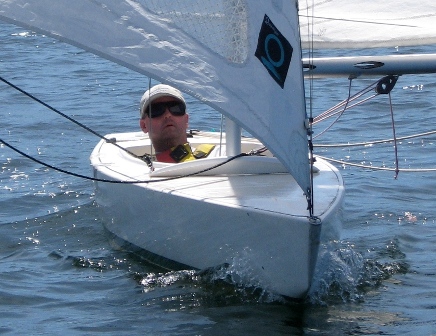 We have a lot of fun with children from Fischer Rd Special School, and are always looking for talent to follow in the footsteps of Alyse Saxby, who along with her crew Bob Hamilton, took out GOLD at the Special Olympics in Athens in 2011. 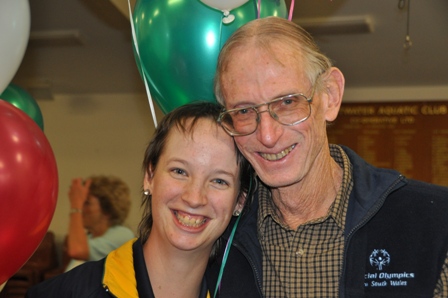 Often it is the carers who comment on how calm their people are after sailing, or how excited they get when they know they are going sailing.

How does the club raise funds ?

Over the years we have had a couple of major fundraising dinners organised by John Brogden, who is our Patron. We also regularly apply for grants through Club Grants (Pittwater RSL), State and Federal grants, however we do get great support from many local businesses and groups including Sydney Powerboat Centre, Enterprise Marine, Ken Bullen Marine, Mona Vale Swingers (Ladies golf),  and the Pittwater Aquatic Club.

What is your 2012 Season Programme (September) involve?

Our recreational Sailing Program starting again in September consists of fortnightly sailing on Wednesdays for Organised Groups and Saturdays which is for anyone with a disability. The competitive sailing is conducted on a needs basis, Mainly out of RPAYC Newport, where we have a separate fleet of mainly single person Access Liberty and 2.4m yachts.

A few comments from particpants ?

“Sailability has allowed me to compete in a sport which I love, all over the world” & “without all the fabulous volunteers none if this would be possible” Maria Dalmon

What is Sailability's favourite place in Pittwater and why ?

Rowland Reserve provides us with a very safe venue for our Recreational Sailing, which is the majority of our activity. With great support from Pittwater Council and NSW Dept of Sport and Recreation we have a storage shed for all our equipment and an excellent Shelter close to our operations. 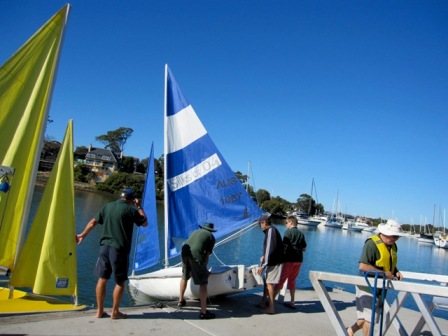 What is Sailability's 'motto' or a phrase for life it tries to live by ?

Sailability NSW has the motto

“FREEDOM ON THE WATER, REGARDLESS OF ABILITY” 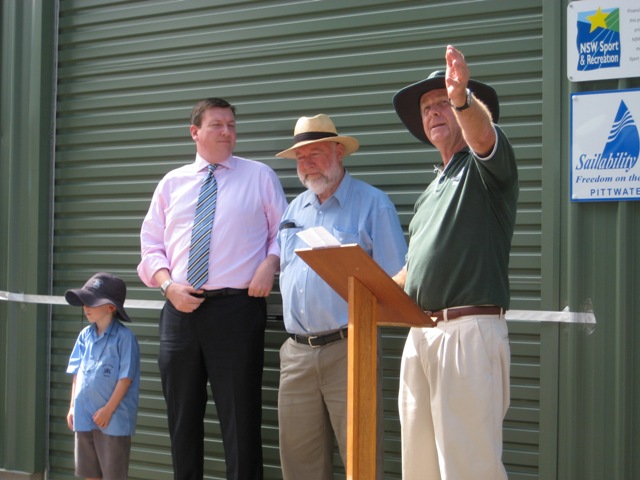