Polo by the Sea - Pittwater

Saturday 10th of January 2015 brought an ancient game to Pittwater, where everyone once used to get around by horse when not on Shank's pony or on the water.

A little about this game from the Polo by the Sea website:

One of the oldest sports in the world, Polo dates back at least 2,000 years, with the first recorded match being played between the Persians and Turkomans in 600BC. The Turkomans won. From Persia the game migrated to the East, eventually establishing itself in India by the 16 Century under the patronage of the Mughal Emperor Babur, as well as in China and Japan.

It was in India that the British tea-planters and the British army stationed there first saw and played the game in the 1850s, before enthusiastically taking it back to England in about 1869, from where it spread to some of the other European countries with a strong equestrian tradition, including Russia, Poland, Austria and France.

Today, more than 77 countries play polo. It was an Olympic sport from 1900 to 1939 and has now been recognised again by the International Olympic Committee. Whereas once the game was primarily played by Royalty and later cavalry, today the sport has become more accessible and attracts a broader spectrum of society.

The first game in Australia was played at Moore Park, Sydney, in 1874, and from there it spread throughout the country. Unlike in some other countries, in Australia the origins of the sport have always been far more humble, with the farmer being its backbone, as immortalized by Banjo Patterson’s “Geebung Polo Club”.

Over recent years, the growth of the sport across the globe has been substantial, and in Australia, the sport is being embraced by young urban professionals captivated by the excitement and adrenaline of the sport, as well as lured by tranquil and often exquisite bush settings of many country polo tournaments. Polo is the fastest ball game and some believe it is the fastest growing spectator sport in the world.

Polo is very straightforward as a spectator sport. There are usually six periods (Chukkas) of seven minutes. There are four players in each team. The No. 1 and 2 are basically forwards. The No. 3 and 4 are equivalent to five-eight and back in Rugby. The players should mark their opposite number; that is the No. 4 should mark the No. 1, preventing him from scoring by hooking and riding off. There is no “offside” rule. The rules are common sense based on a player having the “right of way” in order to eliminate danger.

Therefore, no player shall play with his left hand. Play starts from a line up in the centre by one of the two umpires throwing the ball.

The team that scores the most goals wins. Behinds do not count. The umpires will award penalties depending upon the severity of the infringement. There are verying degrees of penalties:

Penalty V(a) A free hit on the spot

The essence of the game is team work. 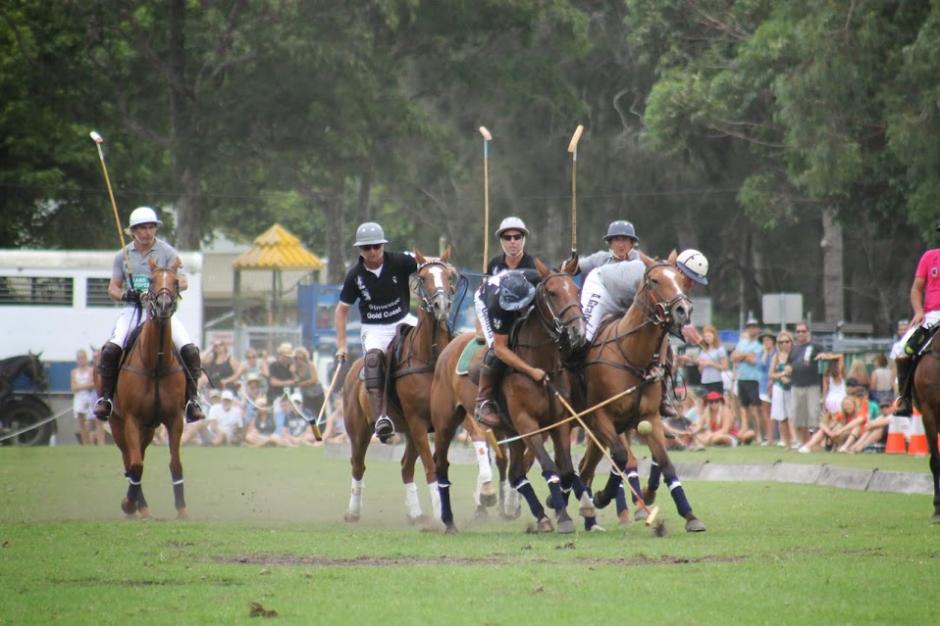 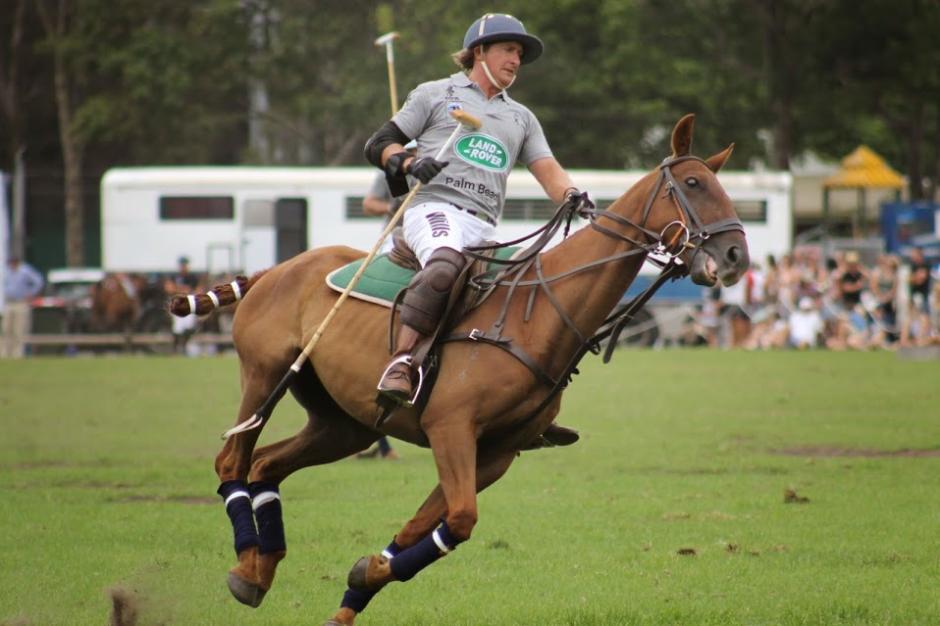 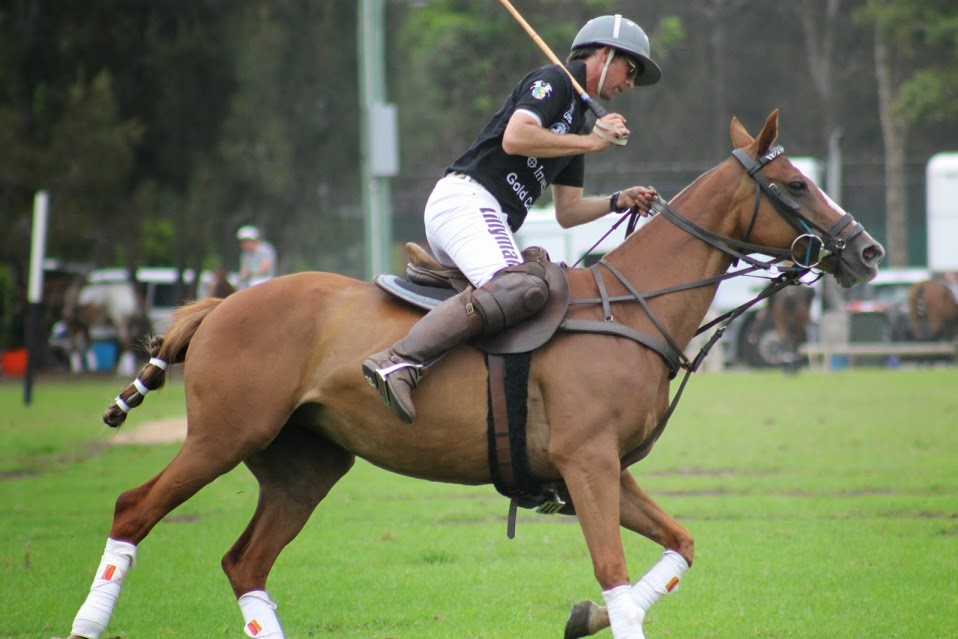 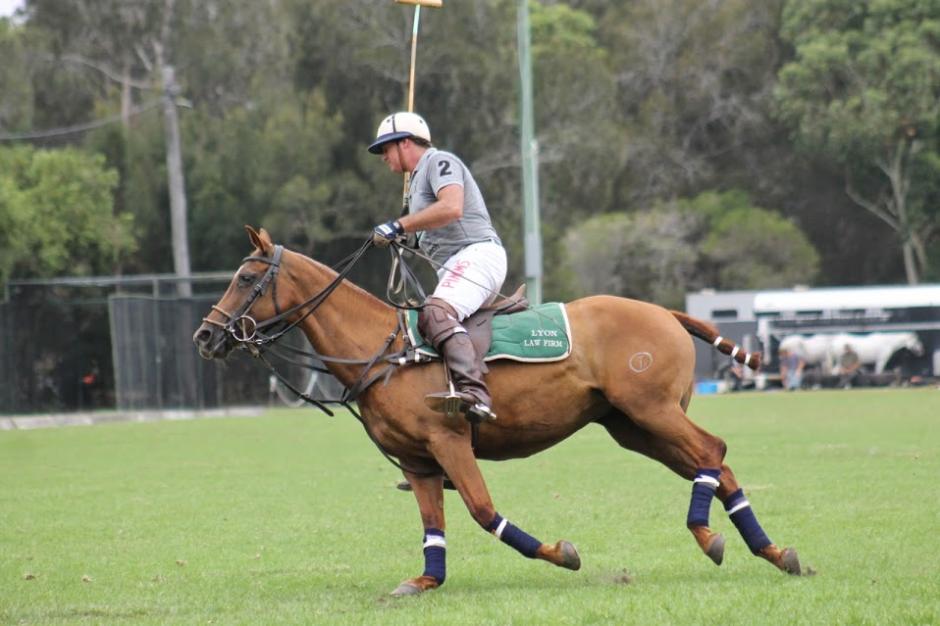 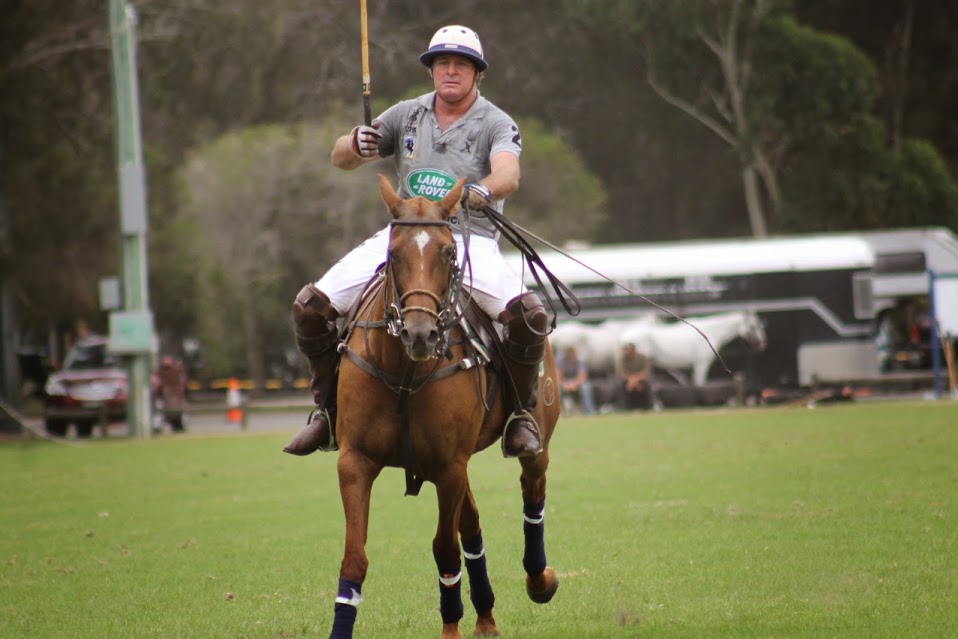 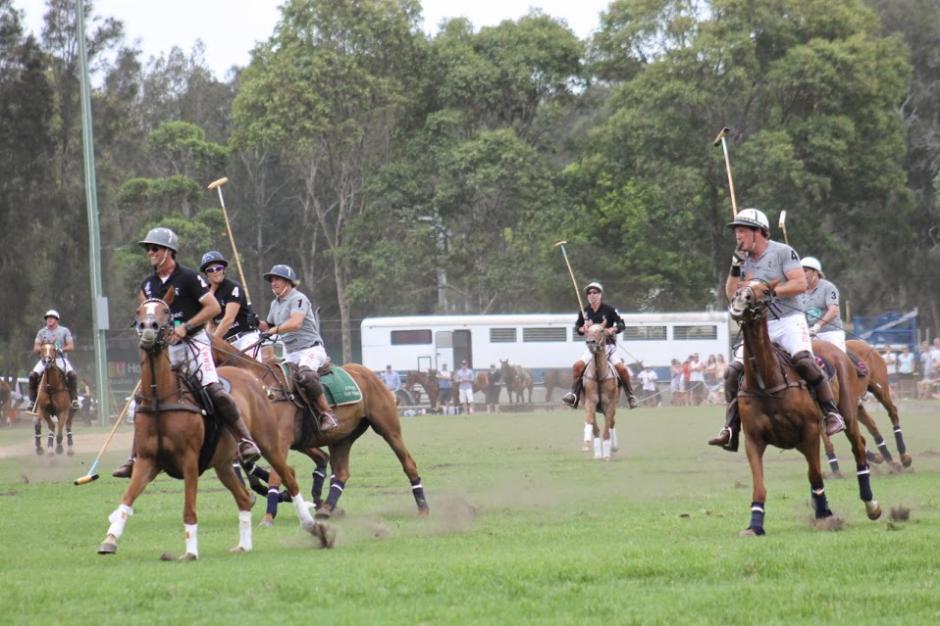 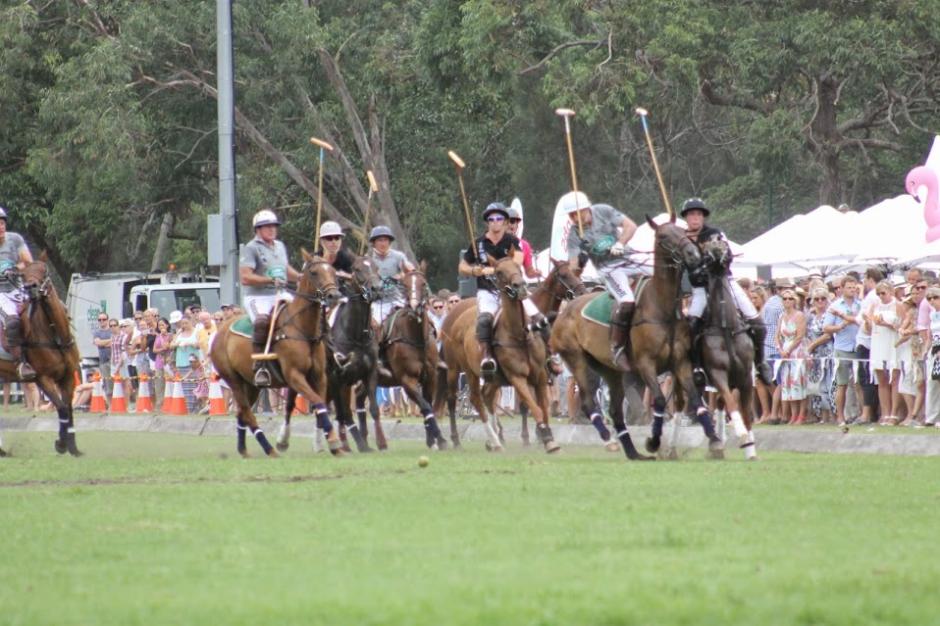 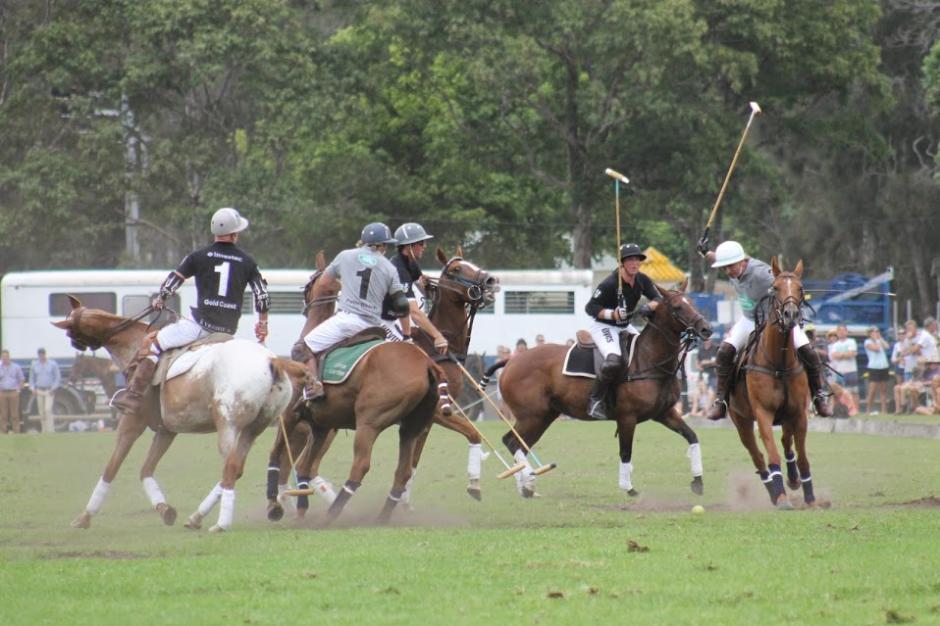 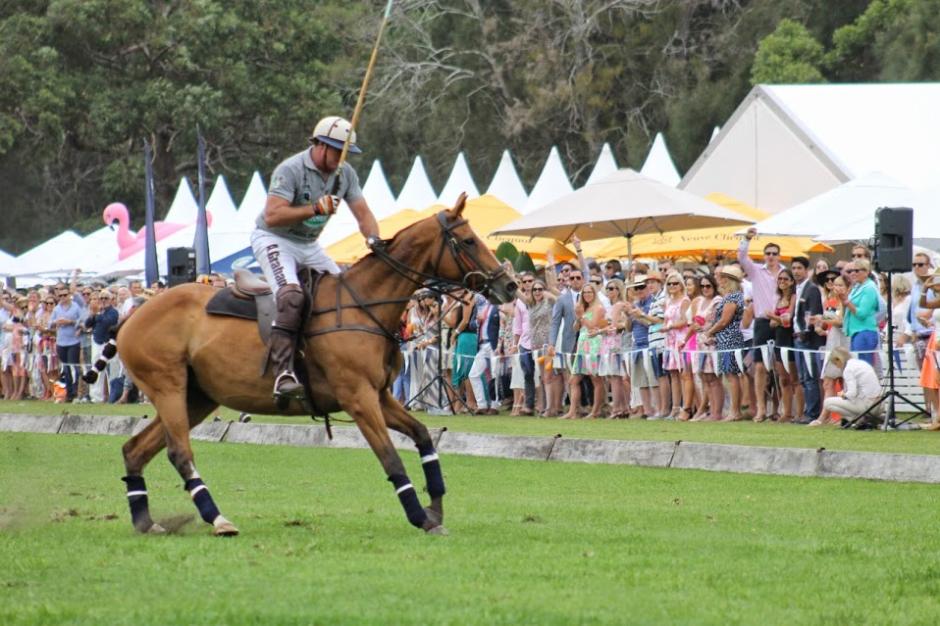 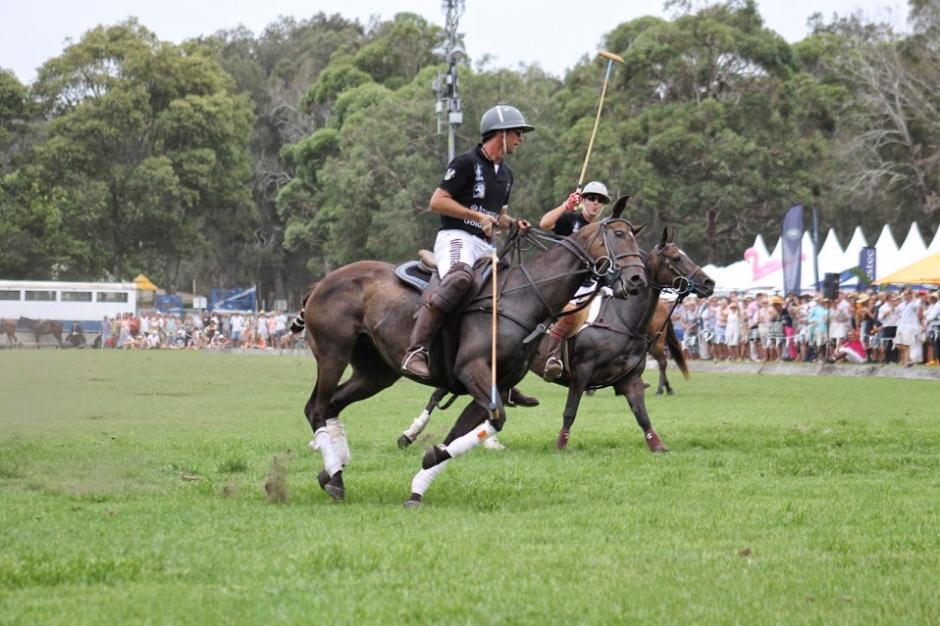 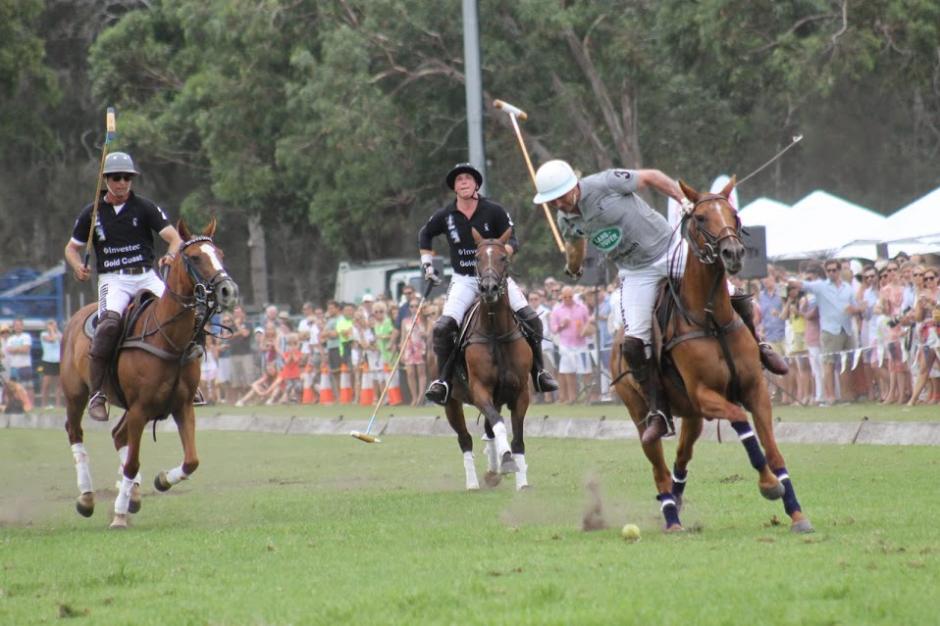 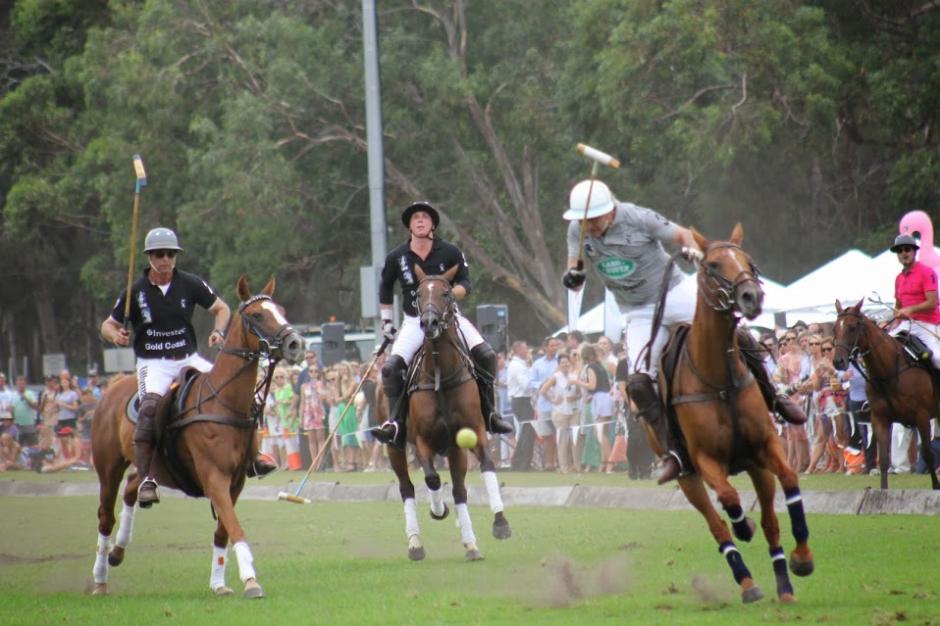 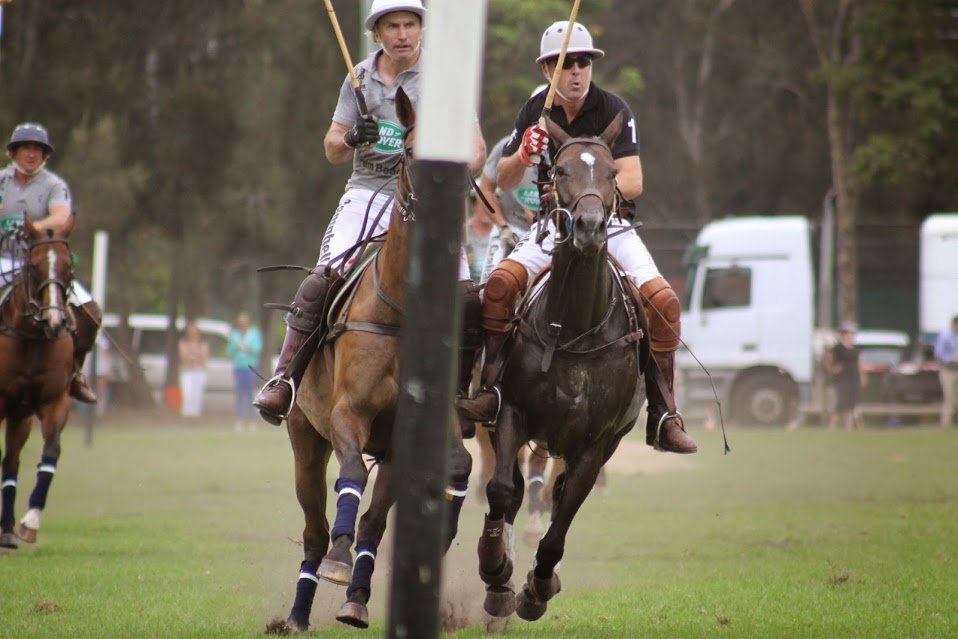 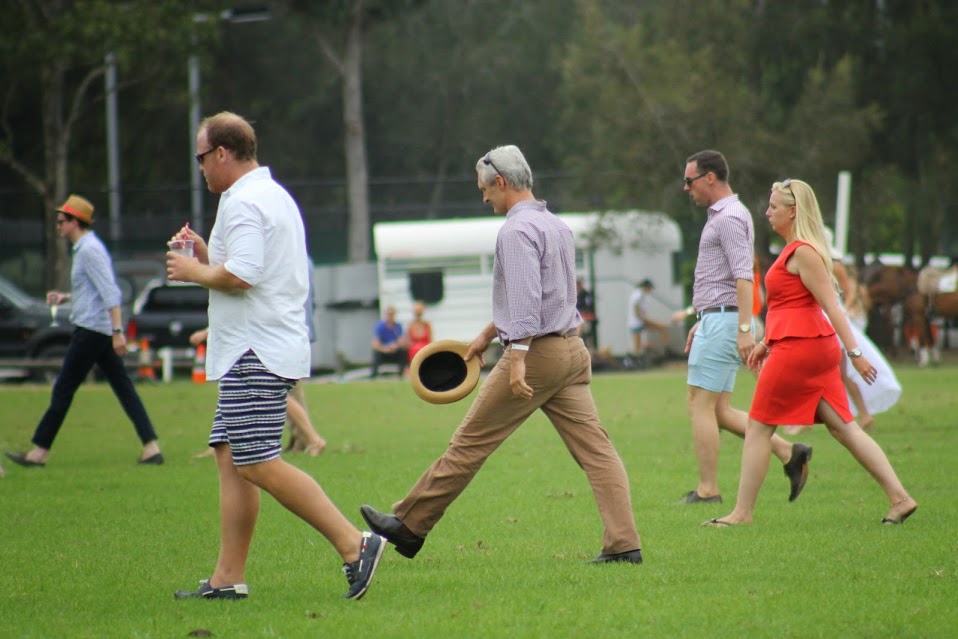 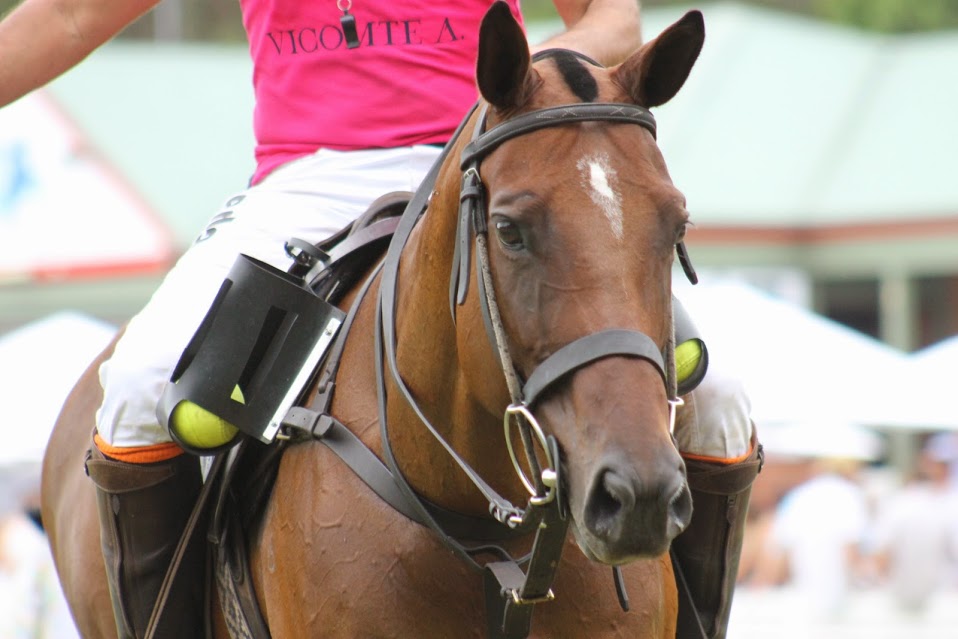 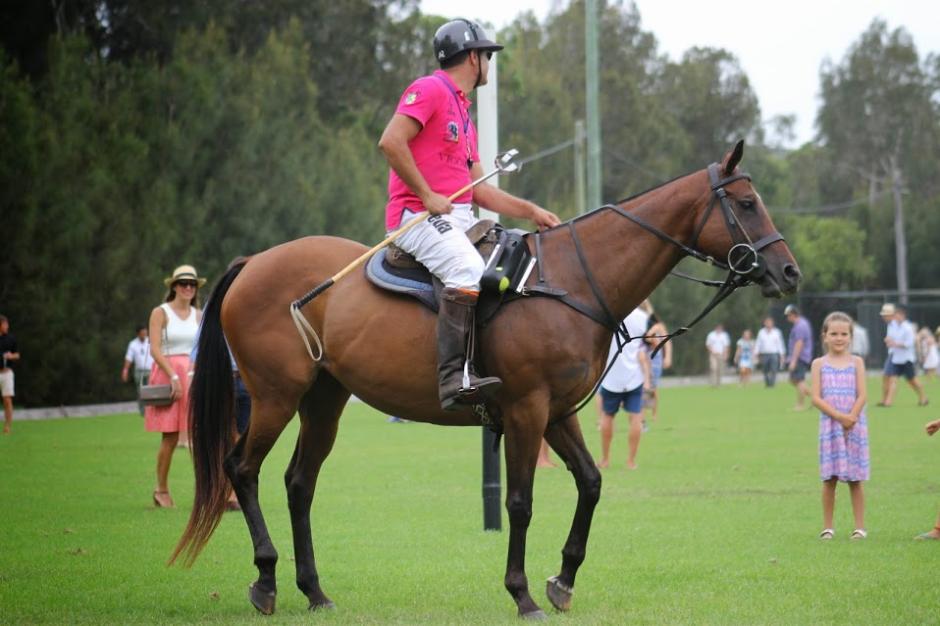 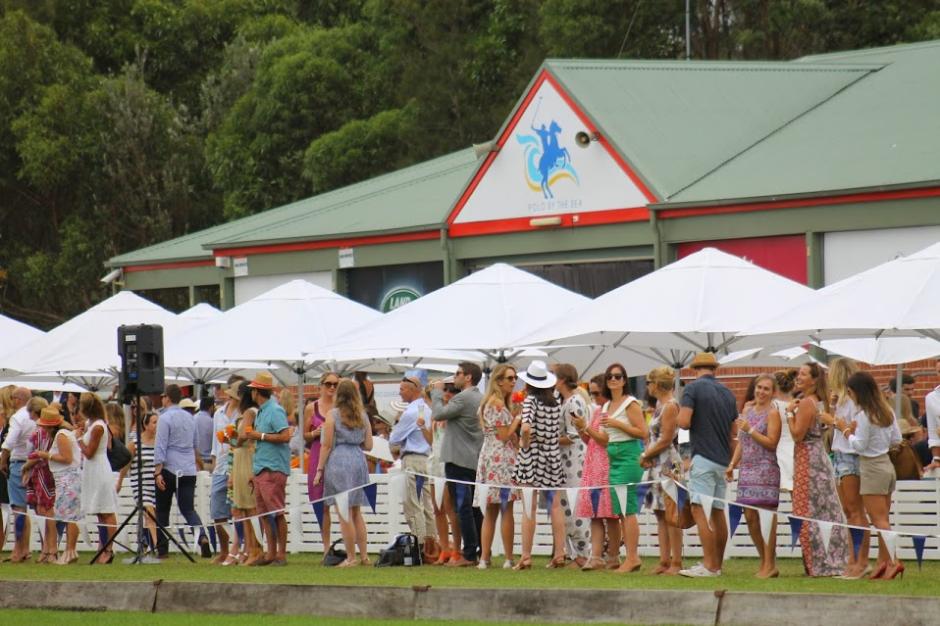 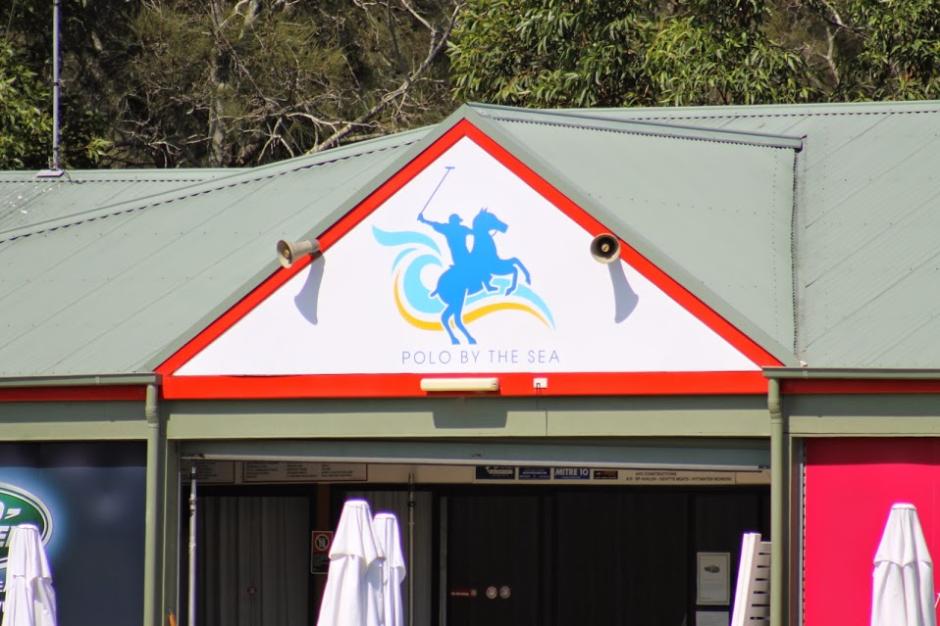 It was somewhere up the country, in a land of rock and scrub,
That they formed an institution called the Geebung Polo Club.
They were long and wiry natives from the rugged mountain side,
And the horse was never saddled that the Geebungs couldn't ride;
But their style of playing polo was irregular and rash --
They had mighty little science, but a mighty lot of dash:
And they played on mountain ponies that were muscular and strong,
Though their coats were quite unpolished,
and their manes and tails were long.
And they used to train those ponies wheeling cattle in the scrub:
They were demons, were the members of the Geebung Polo Club.

It was somewhere down the country, in a city's smoke and steam,
That a polo club existed, called `The Cuff and Collar Team'.
As a social institution 'twas a marvellous success,
For the members were distinguished by exclusiveness and dress.
They had natty little ponies that were nice, and smooth, and sleek,
For their cultivated owners only rode 'em once a week.
So they started up the country in pursuit of sport and fame,
For they meant to show the Geebungs how they ought to play the game;
And they took their valets with them -- just to give their boots a rub
Ere they started operations on the Geebung Polo Club.

Now my readers can imagine how the contest ebbed and flowed,
When the Geebung boys got going it was time to clear the road;
And the game was so terrific that ere half the time was gone
A spectator's leg was broken -- just from merely looking on.
For they waddied one another till the plain was strewn with dead,
While the score was kept so even that they neither got ahead.
And the Cuff and Collar Captain, when he tumbled off to die,
Was the last surviving player -- so the game was called a tie.

Then the Captain of the Geebungs raised him slowly from the ground,
Though his wounds were mostly mortal, yet he fiercely gazed around;
There was no one to oppose him -- all the rest were in a trance,
So he scrambled on his pony for his last expiring chance,
For he meant to make an effort to get victory to his side;
So he struck at goal -- and missed it -- then he tumbled off and died.

By the old Campaspe River, where the breezes shake the grass,
There's a row of little gravestones that the stockmen never pass,
For they bear a crude inscription saying, `Stranger, drop a tear,
For the Cuff and Collar players and the Geebung boys lie here.'
And on misty moonlit evenings, while the dingoes howl around,
You can see their shadows flitting down that phantom polo ground;
You can hear the loud collisions as the flying players meet,
And the rattle of the mallets, and the rush of ponies' feet,
Till the terrified spectator rides like blazes to the pub --
He's been haunted by the spectres of the Geebung Polo Club.

By Banjo Paterson - first published in The Antipodean in 1893.