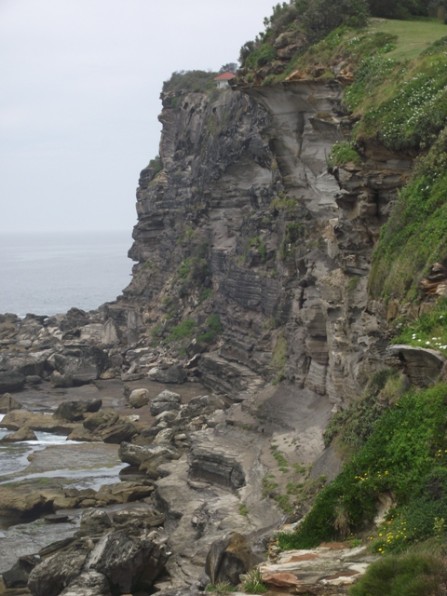 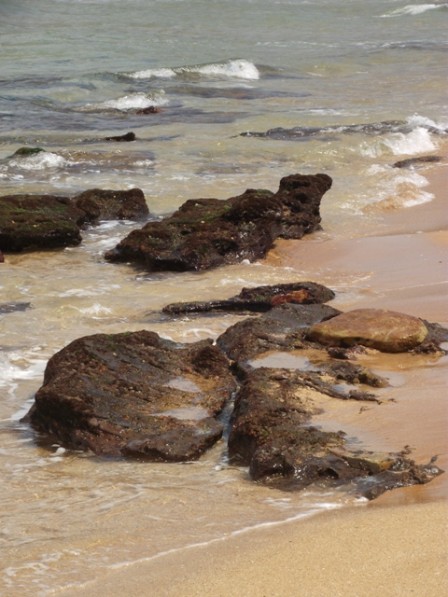 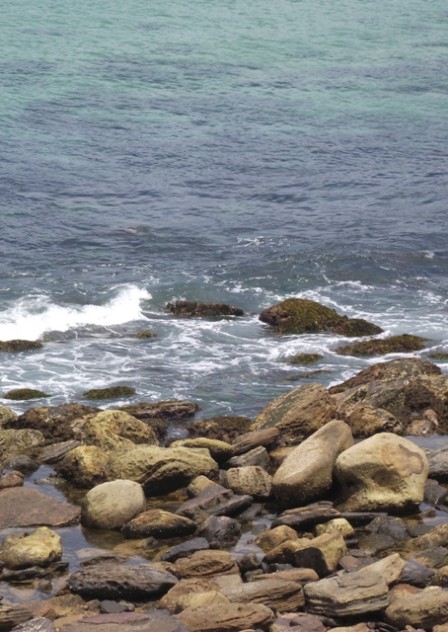 November is well inside the ‘storm season’ months in Australia (Sept. to April). Past statistics for Sydney lightning strikes, recording over 750 strikes over two hours in 2005, and 45,000 over the whole of NSW during a 12 hour period on 24th of January 2004, indicate how severe our thunderstorms can be. The frequency of strikes against our own headlands annually remind us of an innate crystal quality in Pittwater’s bedrock.

In years past radio broadcasts from New Guinea have been picked up on common am and fm band radios atop some of Pittwater’s stony headlands. During the past week the rate huge bolts of lightning have crashed over and onto these same last points of land point to a magnetic quality in these rocks and soil that attracts lightning. If you’ve ever strolled on these headlands after a thunderstorm, even the morning after, you notice the ants and other insects are literally ‘jumping’. They’re like this while repairing rain ravaged nests and in part because the energy in the hill and even the cleared air above it, has been changed and ‘charged’ by lightning brought to earth and stone.

It’s no secret that some areas, due to the mineral composition of rocks and earth, will attract more lightning strikes. The magnetic property of any rock or soil formation is determined by the amount of magnetite crystals, and the magnetized minerals, in it. This is what creates ‘natural magnets’. Igneous rocks have the highest tendency to hold magnetite but there can also be elements in some sedimentary and metamorphic rocks. In igneous rocks it is basalt, with its quartz crystals components that become and stay magnetic during formation. In sedimentary rocks it is sandstone. Metamorphic rocks contain elements of both quartz and iron that can retain magnetic qualities. All these can be found in what forms the vertical cliffs of Pittwater’s beachfronts and at sea level in Broken Bay.

The Sydney Basin, and Pittwater, has a capping of Middle Triassic Hawkesbury Sandstone layers, to 200 meters thick, over what is termed Newport Formation, sometimes to a depth of 49 meters and Early Triassic Narrabeen Sandstone underlying these. These underlying layers are Permian sedimentary rocks including measures of coal. Caprock or cap rock is a harder or more resistant rock type resting over less resistant rock type. The rock types in the Narrabeen Group of sedimentary rocks include lithic sandstone, quartz sandstone, siltstones, claystones, conglomerate and shales. Some of these have fossils of fish and plants. Lithic sandstones, or lithic arenites, or litharenites, are sandstones with a significant (>5%) component of lithic fragments, with quartz and feldspar usually present as well, along with some clayey matrix. Feldspars are a group of rock-forming tectosilicate minerals which make up as much as 60% of the Earth's crust. Feldspars crystallize from magma (Basalt) in both intrusive and extrusive igneous rocks, as veins, and are also present in many types of metamorphic rock. Feldspar is what is used in glassmaking. The Hawkesbury or Sydney Sandstone is composed of very pure silica grains and a small amount of the iron mineral siderite in varying proportions, bound with a clay matrix. It is considered to be a very porous stone.

The shape of the land contributes in channelling storms or blowing them back onto and into valleys. Sydney’s Basin, considered to be in a ‘rain shadow’ of the Blue Mountains, can draw storms snugly down to land which, when reaching the coast, either hover over open valleys like Newport or are lifted by the updrafts of wind shearing over each ridge and headland they encounter. When tucked inside southern corners you can see a storm being lifted up and over a headland as it reaches the sea, the first clouds furling over the stone edge. Onshore sea breezes can also push a storm back onto the coast and cause it to stay over the beaches (see Stallins, J. A. and Rose, L. S. 2008.). The highest object in any terrain, trees in open spaces, or stone ‘naturally magnetic’ outcrops on headlands, will attract strikes more often.

There is clearly, despite continuous leaching, something in the composition of Pittwater’s headlands that attracts lightning and also enables us, on a quiet still night, to pick up broadcasts from thousands of kilometers away. After a thunderstorm, the fusion of suddenly teeming rain, air quieted, and bolts of electrical currents galvanizes everything from the rock that supports the shale heathlands to the small winged insects that return to feast on nectar saturated drops of water. It confirms in a way, when we examine the smallest grains, how naturally powerful and ancient these outlooks to the sea are and how ‘alive’ every grain of rock and dirt and all that makes its home in these is. Perhaps Barrenjoey Headland is not our only lighthouse…

6,000 lightning strikes, worldwide, occur every minute of every day. Thunderstorms are Australia’s most frequent damaging natural hazard. Lightning strikes cause between 5 and 10 deaths in Australia every year and over 100 injuries; over 80 of these occur from people using telephone lines during storms, which can become ‘charged’ via nearby strikes.

Safety Lists for Severe Storms Season (September to April) Australian Bureau of Meteorology: And Statsistics;
Average lightning bolts carry a current of 10,000 to 30,000 amps. An average radiator draws 10 amps.
Lightning can, and often does, strike more than once in the same place.

http://en.wikipedia.org/wiki/Antenna_(radio)
At night, in certain weather conditions, it is not uncommon for fortuitous AM broadcasts to be received thousands of kilometres away - the ABC has had reports of its services reaching New Zealand and Papua New Guinea.
From; http://www.abc.net.au/reception/radio/troubleshoot.htm