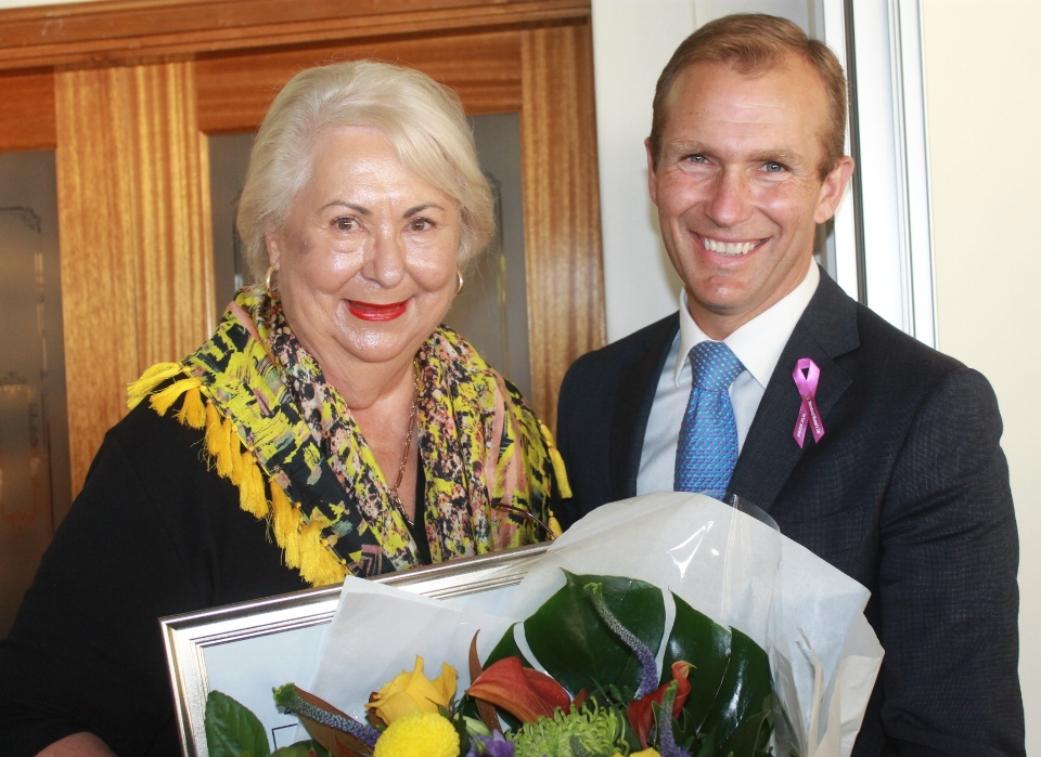 Lorrie Morgan and MP for Pittwater, the Hon. Rob Stokes

On Wednesday March 9th 2016 the Zonta Club of the Northern Beaches hosted the Pittwater Woman of the Year International Women’s Day Breakfast at the Royal Prince Alfred Yacht Club.

Over 220 women and men attended to see the award of the 2016 Pittwater Woman of the Year and hear the keynote speaker Dr Jan Breckenridge, an Associate Professor, UNSW School of Social Sciences and Co-Convener, Gendered Violence Research Network (GVRN) at the University of New South Wales.  A stimulating and empowering morning and scrumptious food was enjoyed by all attending. Four past Pittwater Women of the Year attended, Jo-Ann Steeves, President of the Friends of Northern Beaches Palliative Care, Pittwater Friends of Soibada Chair Tamara Sloper Harding OAM, Past and longest serving Mayor of Pittwater Patricia Giles OAM and Mona Vale Hospital Auxiliary President Eileen Gordon.

Ann Asker, Host for the morning, introduced the Zonta Northern Beaches Club President Margaret White who outlined what the Zonta Club of the northern Beaches has been doing in the past nine months:

• Breast prostheses made and supplied to SAN and Mater Hospitals

• `Back to school' kits including stationery, book lists, and lunch boxes for children from K-Y7 - the mothers of these children are involved in various programs conducted at the Women's Resource Centre $800

• Grant from Dee Why RSL for Student Support Program $5000

• Grant from Pittwater Council towards costs of Pittwater IWD Breakfast $250

• Birthing kits: In 2015, 3000 were assembled at Barrenjoey High and shipped to Democratic Republic of Congo. Kits were assembled by friends, high school students and Zontians. Cost $9000

• Angel's Care: Donation for food and schooling to orphans in Howick, South Africa $600

A highlight of the International Women’s Day Breakfast each year is the announcement of the Pittwater Woman of the Year. The award recognises the inspirational achievements of local women and their valuable contribution to the Pittwater community.

“Lorrie has been a supporter of countless local artists,” Rob Stokes said. “Our community is blessed to have so many extraordinary artists who all have benefited from Lorrie’s enthusiasm and commitment.

“Many upcoming artists simply need a platform to help shine and this is where Lorrie’s efforts have been so important.

“Lorrie’s eagerness to give new artists a go, make arts and cultural activities more accessible and help promote social interaction has been enormously beneficial to our community.

“Lorrie has helped make art more than just a hobby or activity – but an important part of our community’s social fabric. This award is a fitting tribute to Lorrie’s enormous contribution over so many years,” Rob Stokes said.

Lorrie in reply, as always stated the Pittwater Community Arts was not just her but a group of people who work hard to ensure the success of local artists and the growth of platforms for artists to display their works. In her view this award recognised all their contributions as well.

Many know that it is Lorrie and Debbie Waters who toil each year ensuring the annual Art Exhibition and Sale held in conjunction with the Avalon Market Day is a success though. They are the ones on the ground and on hand from setup through to pack up. PCA has been the community organisation behind the first ever Ceramics Exhibition at Pittwater High School a few years ago and promoting young artists through the 'Emerging Artist Grant". And these are just a few of the initiatives launched through the PCA.

At the Annual General Meeting of the Pittwater Community Arts held on February 17th Lorrie, after 14 years voluntary service, stepped down as President.  Lorrie informed us on Friday afternoon that no one has stepped forward to fill the position left vacant and the PCA shall now be dissolved.

Pittwater Council, who initiated a focus on Arts in Pittwater through calling for someone such as Lorrie (200 people applied) now have a very good team focusing on developing arts and cultural activities and events in Pittwater and shall continue to.

“Council is providing people who work fulltime in this area now, they have Megan Treharne, Arts and Cultural Officer and Enliven Pittwater, which is initiating and placing so many events for everyone throughout Pittwater, “ Lorrie explained.

“The Pittwater Artists Trail, which now stands on its own two feet, shall continue.”

It is Lorrie, too, who has been behind a years long advocacy for a regional permanent gallery for Pittwater, a dream she now fears will be delayed or even abandoned due to the  proposed amalgamation of Pittwater with areas surrounding the current council boundaries.

“But as this door is closing (PCA) another is opening, and this will give me much more time to work on how to make this a possibility for Pittwater.”

Lorrie is herself a great Artist, something we shall bring you more about soon.

Mrs. Morgan had brought a beautiful painting by Mignon Parker with her to give to the Zonta Club to raffle, as shown here by Pittwater’s MP Rob Stokes. Zonta will be able to feature Mignon’s work in a future promotion to raise more funds to put towards their wonderful works.

The Zonta Club of the Northern Beaches, a member of Zonta International, welcomes professional women who want to help other women in the local community and overseas, who want to share in friendship and networks to join their club. Members meet for dinner and Zonta business on the fourth Monday of each month in Dee Why. 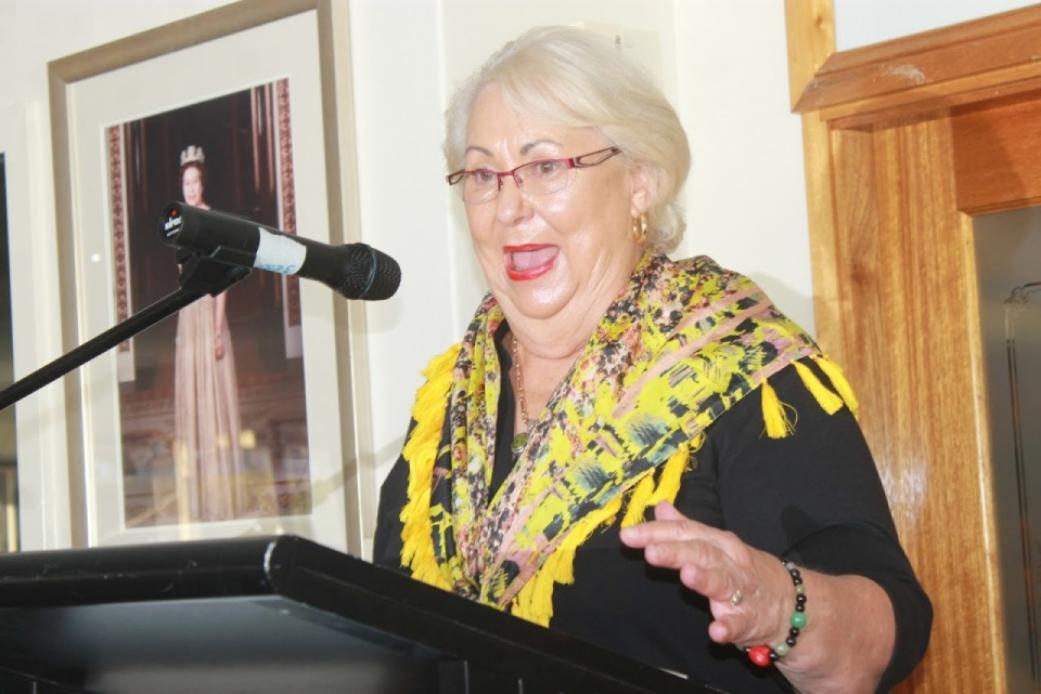 Margaret White, President of the Zonta Club of the Northern Beaches 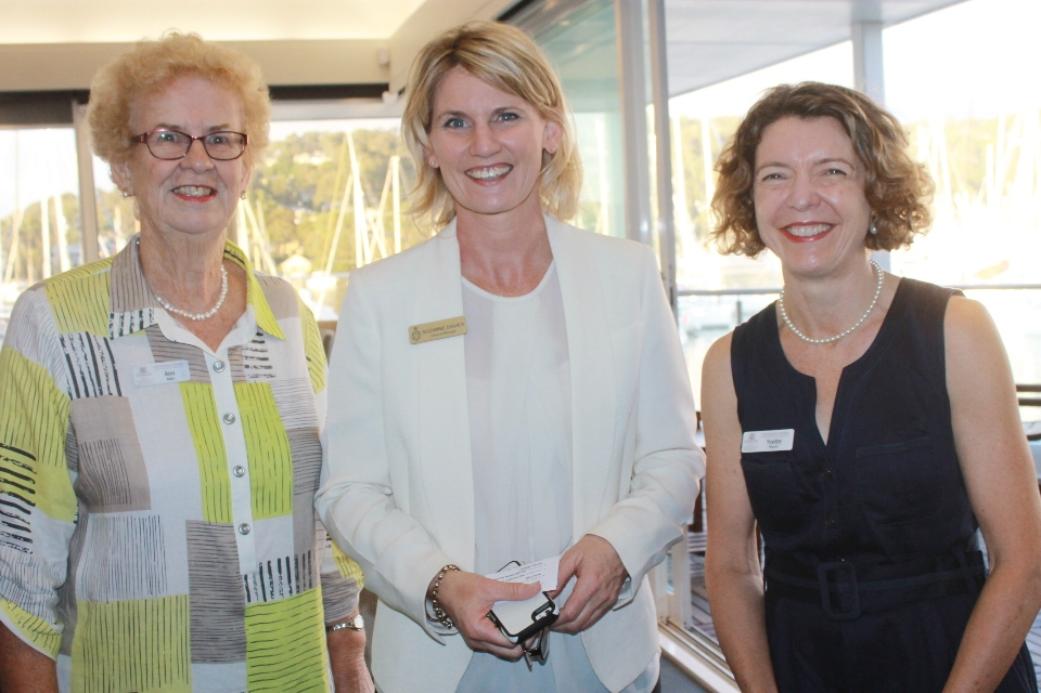 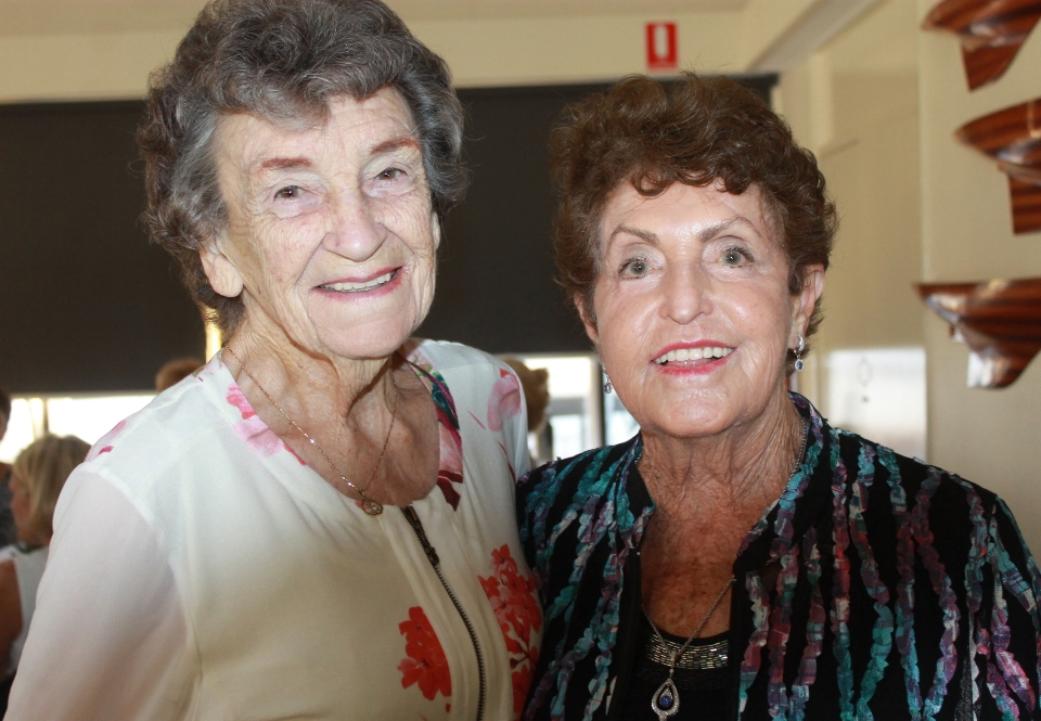 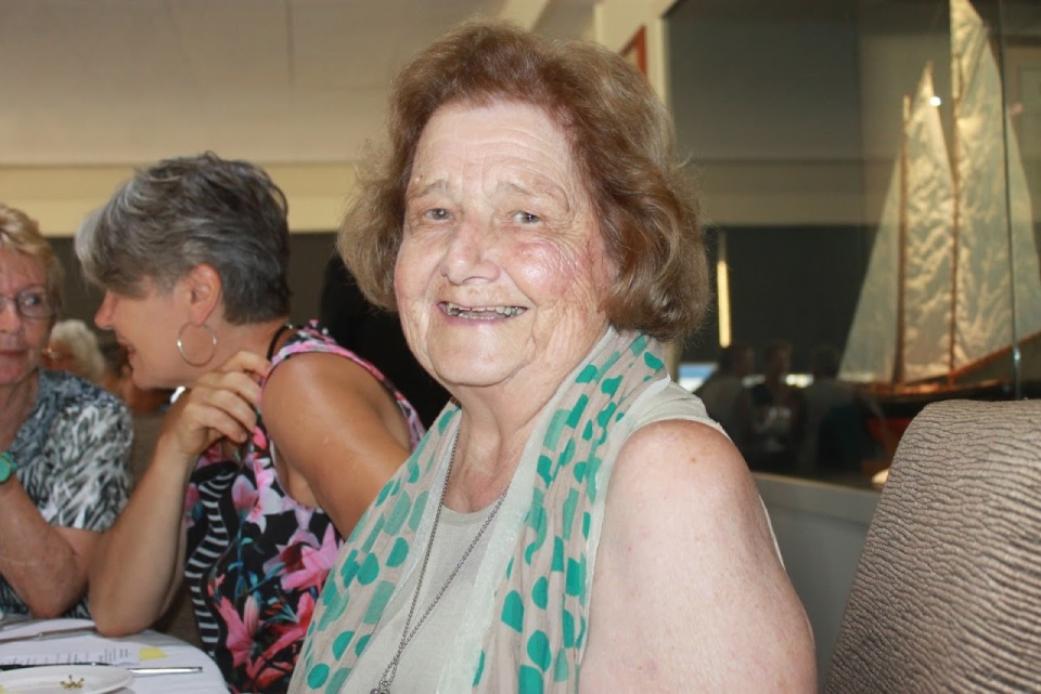 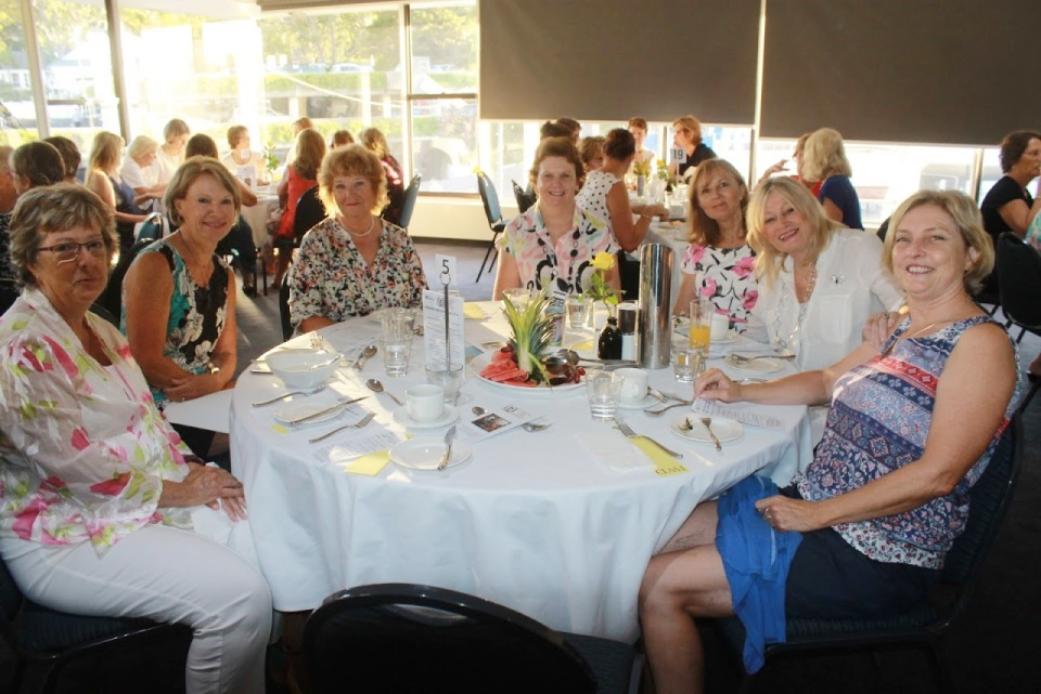 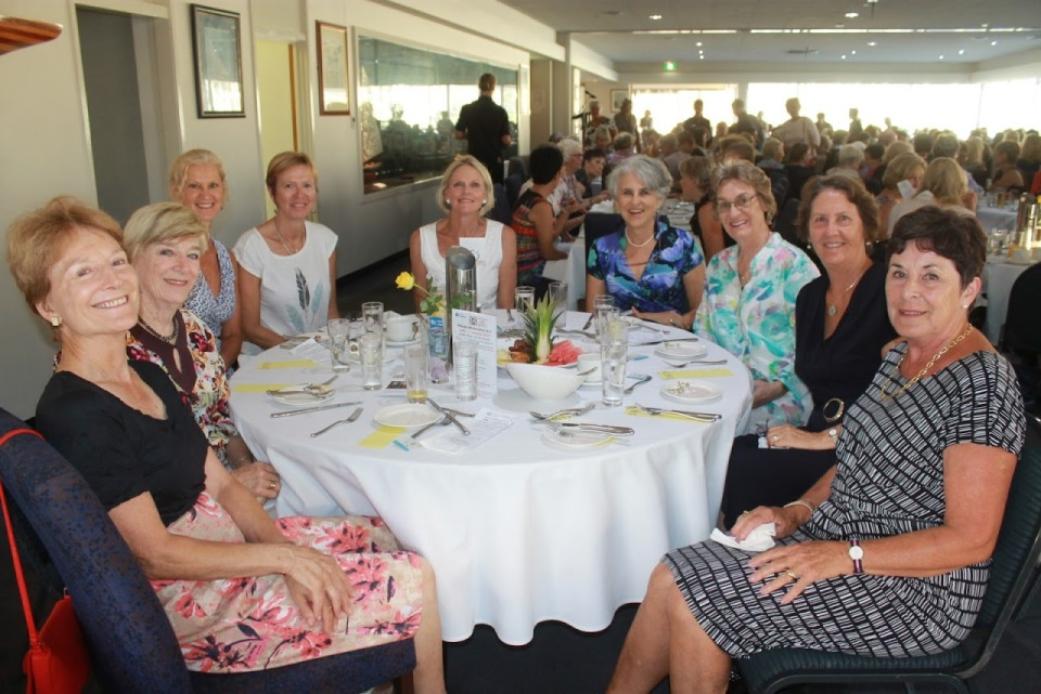 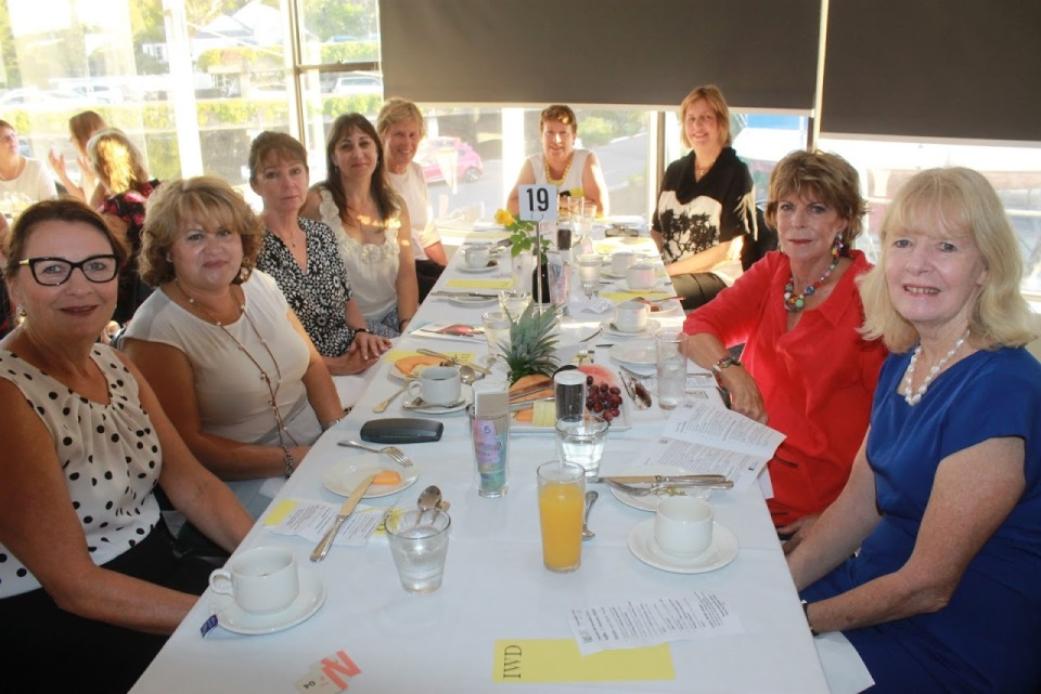 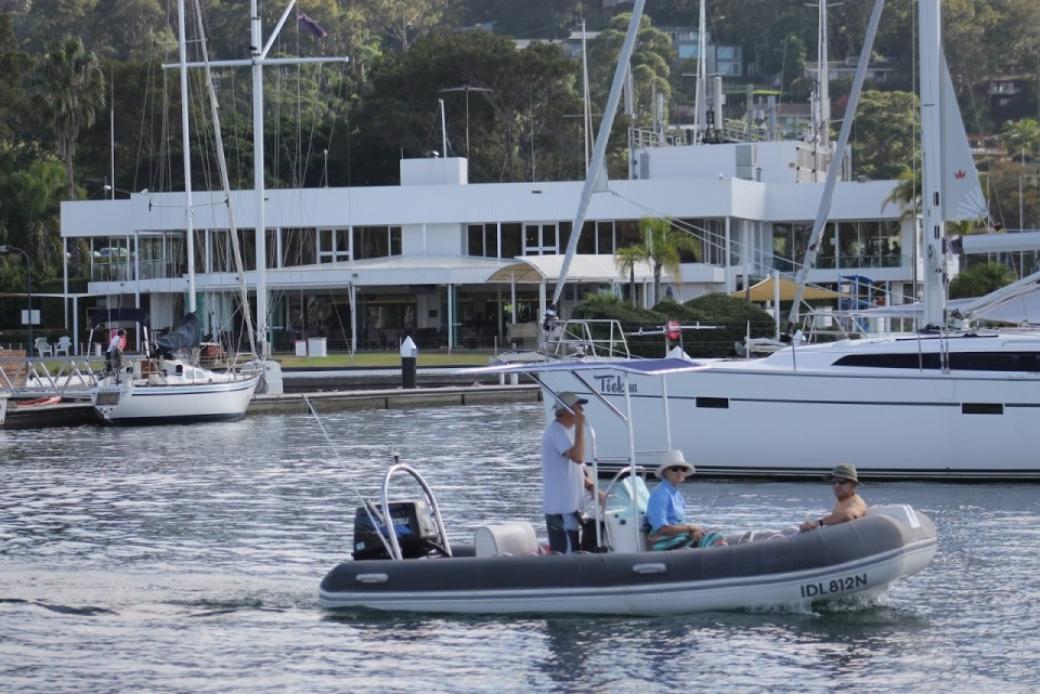 The Royal Prince Alfred Yacht Club - from the water