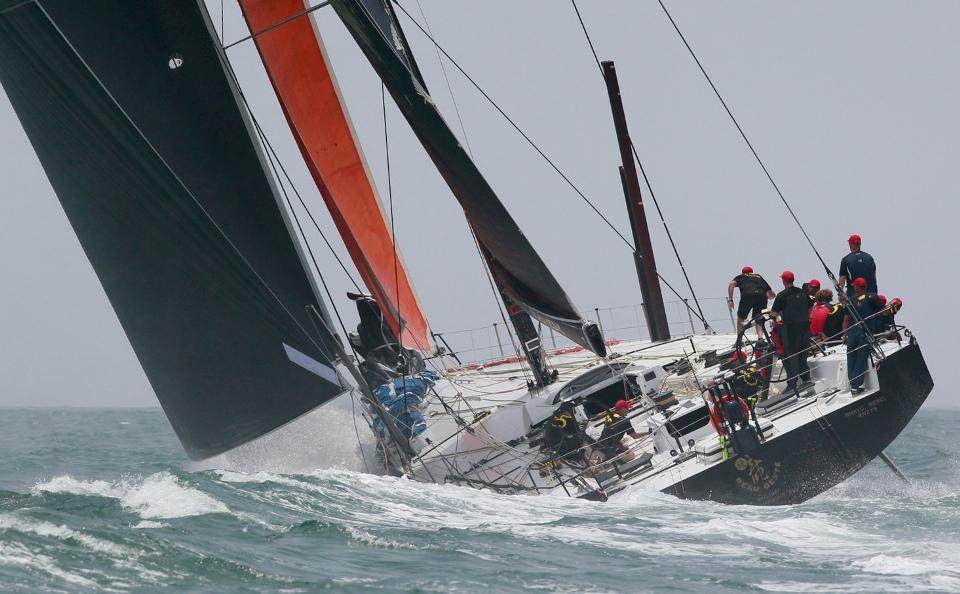 A surge in entries for the Club Marine 2016 Pittwater to Coffs Yacht Race has the fleet currently trending at 43% higher than last year’s 28 starters with three days to go until entries close, on December 15.

So far a combined fleet of 40 multihulls and monohulls are registered for the first race of the New Year that takes the fleet from a start line off Barrenjoey Headland at the entrance to Broken Bay on Saturday January 2, 2016 to the finish at the entrance to Coffs Harbour on the NSW Mid North Coast, typically between 36 and 70 hours later.

The race began with humble beginnings back in 1981 with just 14 boats and Keith Le Compte's Kaufman 37 White Pointer reached Coffs first, with a time of 47hrs 31mins. A decade on the 1991 event attracted the largest fleet in its history - 108 yachts. 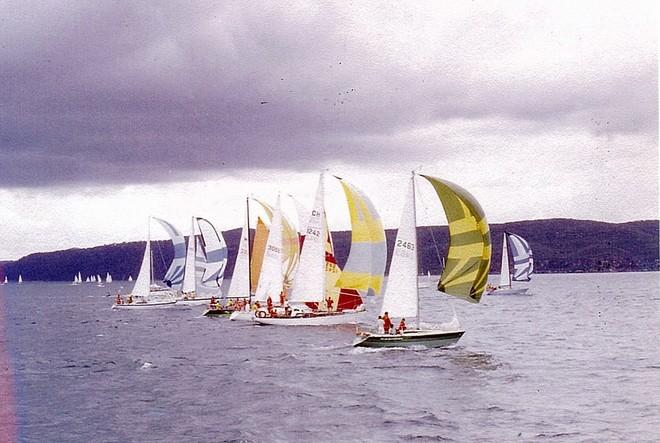 Start of the 1991 Pittwater to Coffs race in - credit RPAYC

In January this year Karl Kwok’s 80-footer Beau Geste sailing for the Royal Hong Kong Yacht Club easily took line honours in the slow 2015 race. The successful Chinese businessman who competes all over the world has opted to return to Sydney with his international crew and should be unchallenged for the fastest course time in the upcoming race given Beau Geste’s slippery waterline length advantage.

"I always enjoy the Royal Prince Alfred Yacht Club and the Pittwater ambiance at the start,” Kwok said. “The race itself is short, swift and painless, and Coffs Harbour is equally very pleasant. All in all this is a great offshore race however I feel the weather last year did not do us justice. Hopefully Mother Nature will give us a chance to have a daylight finish. Coffs, here we come!"

Over 12 years there have been many capable speed-wise of breaking Wild Oats IX’s 2003 record of 18hrs 29mins 14secs, but none have been blessed with the conditions conducive to knocking Bob Oatley and skipper that year, Mark Richards, out of the record book. The average speed required for the monohull record is just 12.4 knots over the 226 miles, a speed easily achieved by the TP52s let alone the awesome 80 foot Beau Geste given the right winds. 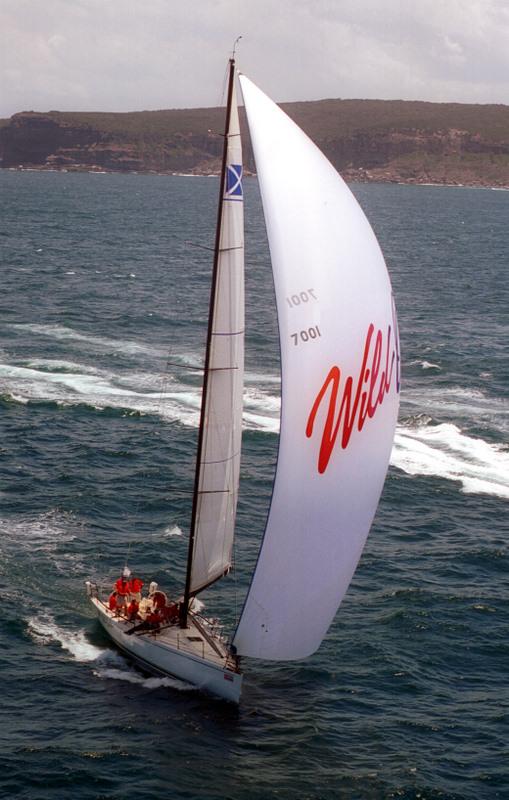 Summertime typically brings light morning breezes to the NSW coastline, freshening from the nor’east during the afternoon. These sea breezes and the prevailing Australian east coast current flowing south can make it slow-going for the fleet as they short tack up the coast. When the winds ease at night, tidal gates come into play causing headaches and creating challenges for navigators.

While Beau Geste will be crewed by a football sized team, including reserves, in the 2016 Coffs Race, the Welbourn 12m Imalizard will be sailed only by shorthanded sailor Michelle Gilfoyle and French single-hander Joris de Carlan in the shorthanded division. Jeff Dusting’s Sydney 47cr called Adventure Safety Jem is another shorthanded division entry.

Most boats in the quality fleet will carry an average 10 crew so based on current entries that’s close to 400 sailors preparing to embark on the RPAYC’s annual feature ocean race.

The starting list features a quality fleet representing Queensland, NSW, Victoria and overseas. Those owners still to nominate for the Cat 2 event have until Tuesday December 15, 2015.

Club Marine, Australia’s largest provider of pleasure craft insurance, is proud to be the naming rights sponsor of the RPAYC’s Pittwater to Coffs Yacht Race for the fourth year.