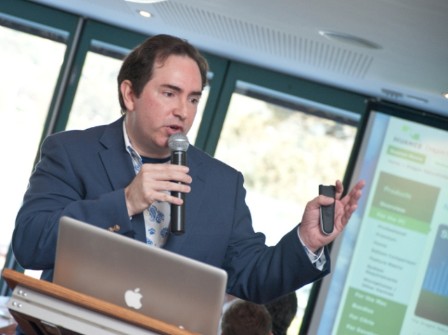 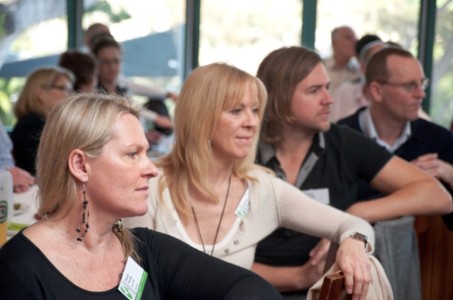 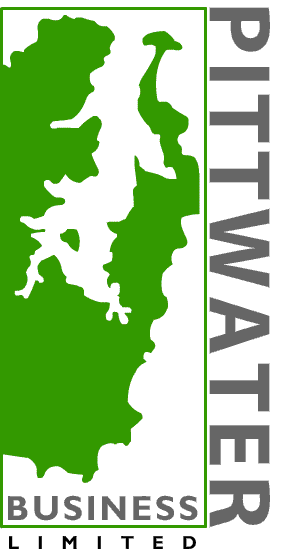 160 guests attended the Pittwater Business Limited Breakfast on August 31 at The Terrace on Pittwater, the biggest attendance in PBL’s history! It is always a pleasure returning to the PBL breakfast events seeing familiar faces and meeting many new local businesses.

The guest speaker for the morning was Craig Rispin CSP, Business Futurist and Innovation Expert. His expertise lies in emerging business, people and technology trends and how companies can profit from them. He is an award-winning speaker and has addressed audiences across 5 continents and has consulted with CEOs of leading companies worldwide.

Craig is a compelling speaker who walks the room and looks right into your eyes as he speaks. He humorously, engaged with the audience by asking many questions and in turn we interacted with one another, Craig had everyone’s attention. No wonder he is an award-winning speaker!

A Futurist is a real job, it is an amazing opportunity to have great conversations about what that future could be. Craig asked “Do you think the future is set or do you think we can nudge it a little bit to adjust the outcome?”

Richard Morgan, one PBL’s directors, answered, “Yes we can definitely give the future a nudge. I believe it is already being nudged by Social Media. The newspapers are going to have to adjust dramatically”.

Futurists are reversed historians. Let’s create preferred futures, rather than just let it happen to us.

Kevin Roberts, CEO of Saatchi and Saatchi, is considered a thought leader in the advertising industry. He says only two things can set you apart from your competitors, Foresight and Innovation. Apple computer embodies this idea.
Craig initially worked for Apple. They had a 6 week induction of the “Apple way” before selling a computer. Steve Jobs stood in front of the employees and said you will be selling computers today but not always. In the future we are going to do something different. I don’t know what that is right now but we will find out. The employees were to sell computers 4 days a week and on the 5th day Apple would ask a question that will transform Apple Computers into the world’s most profitable phone company, and the worlds most profitable consumer electronics company. The question, “Is there a better way?” Simple enough. Do we all apply this to our company? If the answer is “no” then I dare say think about it.

Organisations that don’t adjust to the future changes are falling apart. “Technology has given absolute transparency to our customers, every business is going through this. New regulations are impacting every business model that is based on commission”.

Jack Welsh, the Chairman and CEO of General Electric says, “If change is happening outside faster than on the inside, the end is in sight”. We need to move faster than our customers. It is keeping your mind open to new opportunities, to new possibilities, new challenges. When a chapter closes, a new one emerges. Craig says, those that are looking beyond the horizon asking what’s coming? and how can I be a part of it? have an advantage.

10 years ago, Craig Venter changed the world forever. By mapping the human genome. Biologists researched the connection with certain forms of cancer and viruses. The Venter Institute did the DNA sequencing of the virus and the human DNA and found that all sorts of viruses cause cancer. May 2010 Craig Venter announced the first synthetic cell. A cell made starting with the digital code in the computer building the body with 4 bottles of chemicals, assembling in yeast and transplanting it into a recipient bacterial cell and transforming that cell into a new bacteria species. This is the first self replicating species that we have had on the planet whose parent is a computer and the first species to have it’s own website coded in it’s genetic code. These species expire in 18 months.

The Chinese have developed a way for E-coli to store data. One gram of bacteria can store 90 gigabytes of data. This is science reality today. Craig Venter says “If he wasn’t a member of world’s future society for 30 years, he wouldn’t have been able to apply foresight to his area of medicine”. The idea behind the genome is to transform energy production worldwide.

“What got you here, won’t get you there”, Jack Welsh

Steve Jobs taught Craig that when there is most risk that is when you innovate. Two weeks ago Apple became the most valued company in America, The IPad was valued more than oil. Every successful initiative Apple has had is when there was the most risk. The IPod was launched two weeks after the 9/11 attacks. It was the exact time when people needed a little music in their lives.

Craig finalised by saying, “Continue looking into the future and creating your preferable outcome”.

To find out more about Craig Rispin you can take a look at his site, http://www.futuretrendsgroup.com or buy his book, http://www.howtothinklikeafuturist.com

A special thanks to Craig Rispin, the PBL sponsors, organisers and directors, this event was one of the best!

You can view photos of the morning from Luminere Imaging, http://luminere.com.au/PBL/31082011/content/index.html - Thank you Orlando!

The next PBL breakfast will be held on Wednesday, 19th October at Bayview Golf Club @ 7am with special guest speaker Andrew Holder.

Please book early! PBL members were given the opportunity to register for the October breakfast at yesterday’s event - already many tables are full! Please fax the attached form back to Kylie on (02) 9907 0782.