L to R - Nina Curtis, Olivia Price, Lucinda Whitty on the podium after winning gold at the 2012 Skandia Sail for Gold in Weymouth - photo courtesy of OnEdition photography 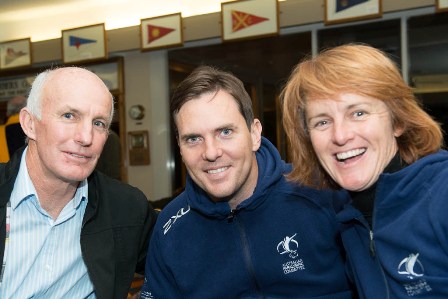 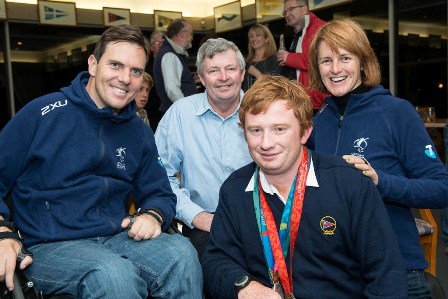 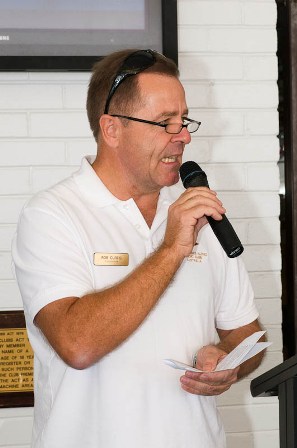 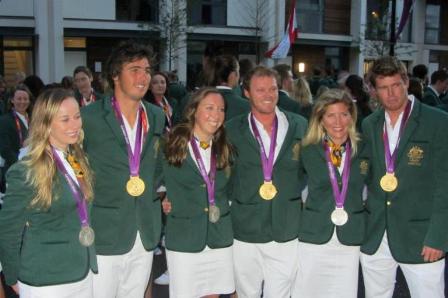 The girls and boys of 2012 Olympics Sailing, courtesy Jo Brigden-Jones

A thrilling Women’s final, taking it to the last of five races, occurred at 1.44am our time as Royal Prince Alfred Yacht Club member Nina Curtis, competing in the London 2012 Olympic Games in the Women’s Match Racing with Olivia Price and Lucinda Whitty, as part of the Australian sailing team in Weymouth, won silver. The girls were 2-1 before winning the next to make the fifth race the decider.

On Friday they raced in the semi finals against Finland to decide what colour medal they would race, winning 2-1 in the three matches. The girl’s win, at their first Olympic Games, brings Australia’s tally to three gold and a silver in the sailing, their best yet.

The women’s match racing team successfully won all 11 matches in the round robin to advance to the quarter finals as the number one seed. They defeated the Dutch team (3-1) in the quarter finals to advance through to the semi-finals. Nina is the daughter of Rob Curtis, the Commodore of the RPAYC who is currently in Weymouth to support Nina.

A big crowd of enthusiastic supporters assembled at the RPAYC who televised the medal races against Spain live on the big screen in the Pittwater Room, including six time Olympian Colin Beashel OAM, who won Bronze in the Star class at the Atlanta 1996 Olympic Games and carried the Australian Olympic Team flag at the Athens 2004 Olympic Games.

RPAYC club coach Tom Spithill, close friend of Nina’s and brother of James Spithill, the defending America’s Cup skipper and champion match racer, was on hand to conduct some light commentary and help out with match racing questions.

What do you think makes this club special in being able to produce so many Olympians?

I think it’s the facilities here; they’re a major factor. It’s a world class facility; you can do everything from centreboard to keel boat racing, sports boat racing, cruising; the Pittwater to Coffs race as well. We’ve got quite a diverse range of activities that the club supports. A big part of it is from the training from youth up; the Development Program which Nina went through here; she started in the sixes and progressed to the centreboards. The club has the right stepping stones to help anyone who wants to be in the sport and go forward. That’s a big part of it. There must be something in the water in Pittwater. The club is all about putting on quality sailing and trying to the best it can to support its sailors here.

The Royal Prince Alfred Yacht Club (RPAYC) has had a representative in sailing at every Olympic Games since 1964 except in 1980 when the sailing team withdrew from the Moscow games. The girl’s race closed the fifteen days of the Olympic regatta on a high note for Australia and Pittwater.