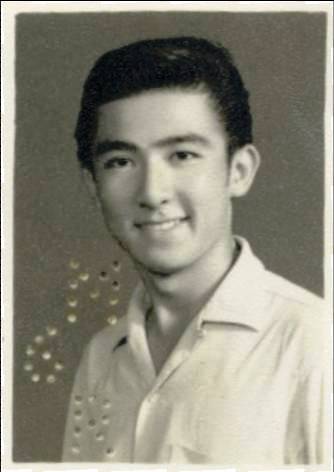 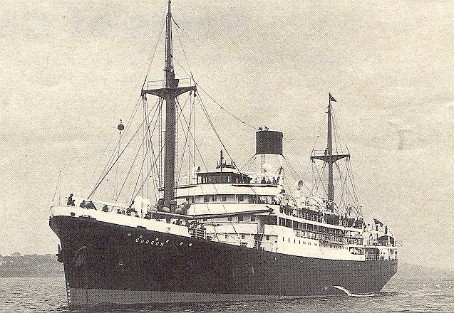 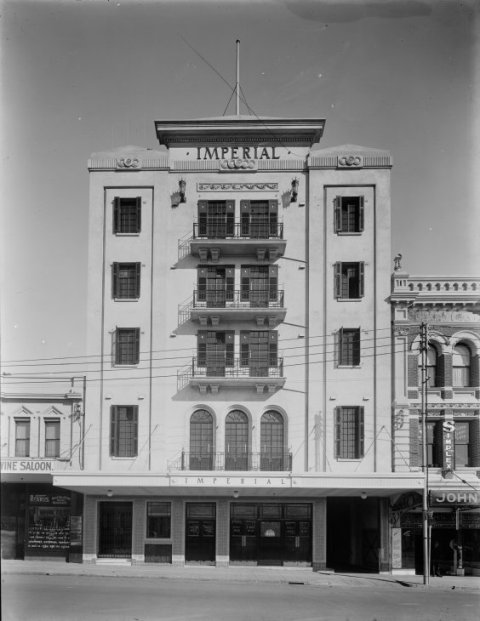 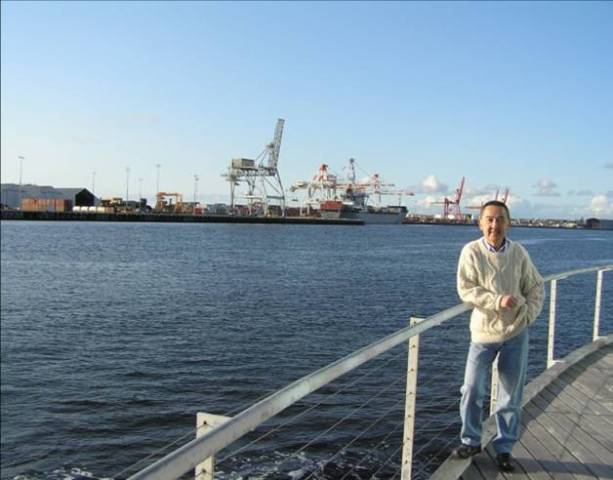 Above:  Fremantle Wharf – Where I Landed
Below: Pilgrimage to Perth and The Swan 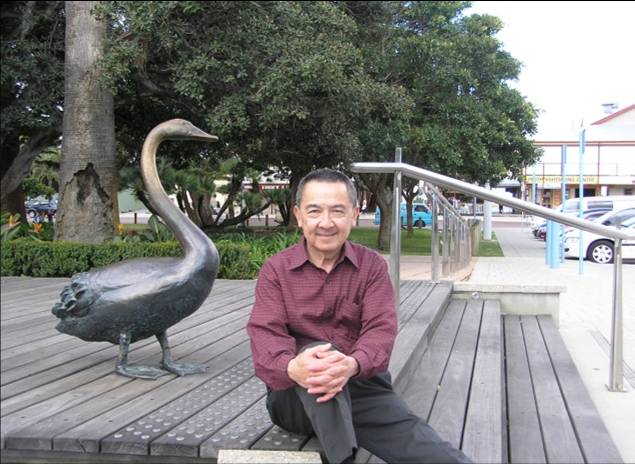 Some scenes, scents and sounds are just as effective as a psychiatrist’s suggestions in exhuming entombed memories. For me they recall particularly happy moments or poignant events, and they prick my conscience to remember friendships attritioned by time and distance. That’s what struck me last Sunday morning as I sat in my colonnade, musing to the buzz of cicadas.

It was a typical high summer’s day. The temperature had already climbed to a balmy 28°C by mid-morning. Generous sunshine flooded the entire landscape. The sky was an ocean of blue, interrupted only by a few soft cumulus puffs. Framed by this expansive backdrop was my neighbour’s majestic knurled ghost gum, reluctantly conceding little curtsies to the tempering breeze. Needing no further prompts, I suddenly remembered the very scene, replayed for me right now, that greeted my eyes when I first came ashore in Australia on the 16th January more than half a century ago.

It’s a journey I’ll remember for the rest of my life. All the way from Singapore to Fremantle the Dutch SS Blue Gorgon, a cargo boat carrying timber and cattle, was buffeted by high seas. It was the time of year when the Indian Ocean along Australia’s western seaboard was at its most belligerent and, as our school texts document, accounted for the fate of the Batavia in 1629. Thirty foot swells pounded the small boat, tossing it like the ferry that it was. As a first-time traveller, I was sea-sick for the entire voyage. After the first night on board the only food that passed my mouth was the acidic regurgitated variety. I should have remembered I was an unspoilt native, newly emerged from the jungle clearing that was my home, and that even riding a bus made me violently ill. I never imagined that there could be anything as magical and remedial as travel sickness tablets.

After seven days and six nights mostly lying prostrate on a bunker in a tiny cabin adjoining the vessel’s kitchen, I could hardly believe I was finally sighting land again. To say it was a good to get off the ship would be to grossly understate my feelings of joy, gratitude and, above all, relief. Indeed, it was an escape from a child’s nightmare. I was beyond glad - I was reprieved from a fate akin to an agonising death.

As soon as I regained my land legs, I set about orientating myself to my new-found environment. The first thing that hit me was a brick wall of intense heat.  Hailing from one latitude degree above the equator, I thought I was accustomed to searing heat combined with oppressive humidity. Little did I expect they would pale into insignificance against Perth’s offerings at the height of that particular summer. On the shared taxi ride from Fremantle to Perth, I heard the radio announcer casually mention the temperature had peaked at 117°F (47.2°C) and the relative humidity was 92%. ‘But relief is in on the way,’ he jocularly added.  ‘You can always depend on The Fremantle Doctor!’

In those early “pioneering” days, hotels were not air-conditioned as a matter of course. Perth’s Imperial Hotel was no different.   After arousing from a fitful sleep – and covered in a lather of sweat -  I opened my window to let in what I hoped would be a cooling breeze but  I was knocked over by a blast furnace breath that had its origin in the Great and Little Sandy Deserts  and, possibly, the Gibson Desert.  The locals said that it was likely from all three as everything east of Perth is desert.

After I checked out of the Imperial Hotel on that Sunday morning, my ears tuned in to my first strains of true-blue Australian. Out in the street a young fellow, a schoolboy I think, was pushing a wheelbarrow half-filled with newsprint. After every five steps or so, he would let out a full-throttled “Pie…per”. Stirred by this announcement, I stretched my neck in an effort to appease my curiosity, hoping to glimpse a Highlander dressed in a tartan kilt and blowing on a bagpipe. But, alas, I was let down. Sheepishly, I soon found out the boy was actually selling the weekend papers.  For months after that I practised speaking Strine by bellowing “Pie…per”, much to the annoyance of my fellow foreign students and the amusement of the forgiving locals. I truly miss this distinct species of newspaper pushers. I think they became extinct in the 1970s.

My new-found friends – Malaysian students at UWA - recommended a dip in the ocean as an escape from the stifling heat. As I was not leaving Perth for another eight hours, I happily tagged along for my first exposure to an Australian beach.   Typical of Australian coastal cities, Perth has long stretches of pure white sandy beaches. Within easy reach are Cottesloe, Scarborough and Sorrento. We went to Cottesloe. I found it a beach of pure delight - twice as wide as, and many times cleaner than, any I’d seen in Port Dickson of my home state. And here I witnessed a curious Australian behaviour that was strange enough to make me gasp. Instead of sitting or lying in the shade of palm trees or beach umbrellas, thousands of people were laid out on towels and willingly letting the fierce sun beat down on their all-but-bare bodies.

On a day as hot as this one – with temperatures already past the old century mark - one’s natural instinct was to head into the inviting coolness of the sea. On that day there was another reason - a much stronger incentive. The sands on the beach were scorching and the only way to prevent blistered feet was to dive into the water. That was exactly what I did but how was I to know that the West Australian coast is washed by the Antarctic Circumpolar Current?  I was out of the water quicker than it took me to go in. Previously accustomed only to tepid tropical waters of temperatures around 77°F (25°C), my emaciated body reacted involuntarily against the invariant 59°F (15°C) temperature of the Indian Ocean of WA. To me the water was simply freezing.  In retrospect, it wasn’t so much the low temperature of the water that made me jump out but, rather, the large difference between the ambient temperature and that of the water that shocked me. Neither able to stand the heat of the hot sand nor the cold of the Antarctic Circumpolar Current, I did the only thing that my body allowed me – stand on that narrow strip of the beach that was washed by the waves.

Soon it came for me to have a meal before going to the airport for the overnight TAA flight to Sydney. Once again my knowledgeable friends recommended a small café. ‘They serve a meaty dish called goulash on a bed of rice. You’ll like it,’ they said. The owner, an amply proportioned and personable lady, plied me with one question after another. I guessed it was her way of welcoming a new arrival and I was glad to put into practice the fractured English I had learnt from a variety of missionaries from Ireland, France, Goa and Burma. I remember, with bitter-sweet nostalgia, how startled I was when she asked what I thought sounded like, ‘Oh, so you have only just come here to die?’ It took me a full minute to recover my composure. ‘No,’ I replied with a tremor in my voice, ‘I’ve only just come today to attend school.’

But she was nice. She called me “luv”, just as the matronly waitress in the dining room at the Imperial Hotel. Even the lady at the corner store which sold ice-creams was equally affectionate towards me.  I know - because she called me “darl”. All the fellows I met were very friendly. All of them called me “mite” which I instinctively suspected was a term of endearment for a small lovable creature. I hadn’t been in the country more than 24 hours and already the natives loved me. I immediately made plans to stay and reciprocate some of the love.

By choice I am now an Australian. I didn’t need a lot of convincing to choose to become one. I remain smitten by Fremantle and Perth - the prettiest twin cities in the world. That’s why I make regular pilgrimages to these two western outposts of civilization … and can you really blame me?