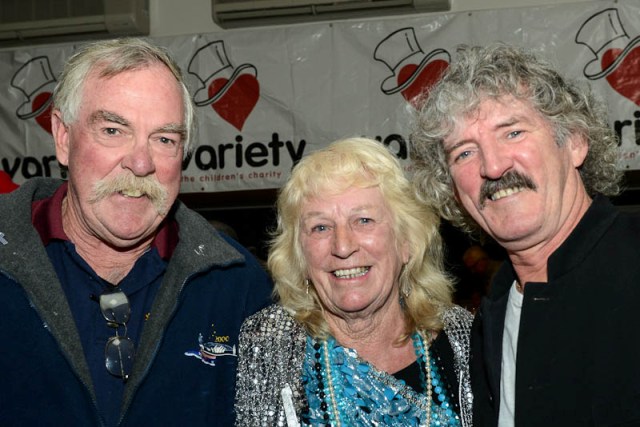 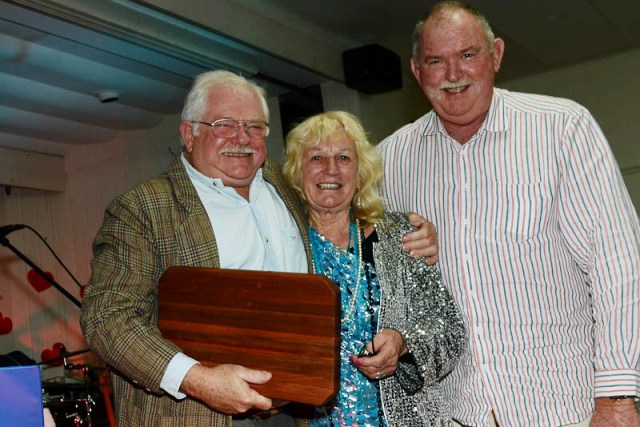 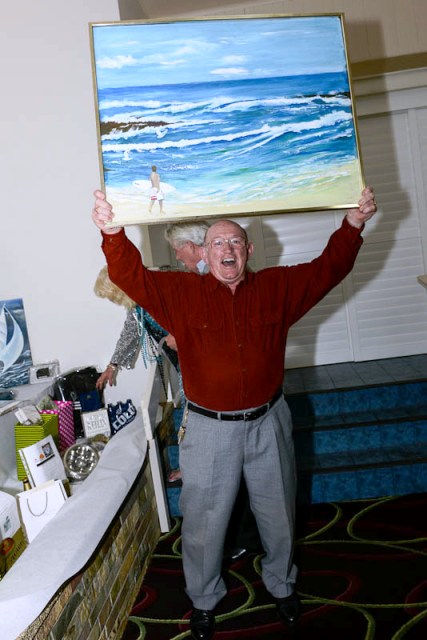 Col Dalgleish (Col the Butcher, Avalon) who with Lasse Hansen won this great painting; these gents have contributed a lot to the Mermaids during the years. 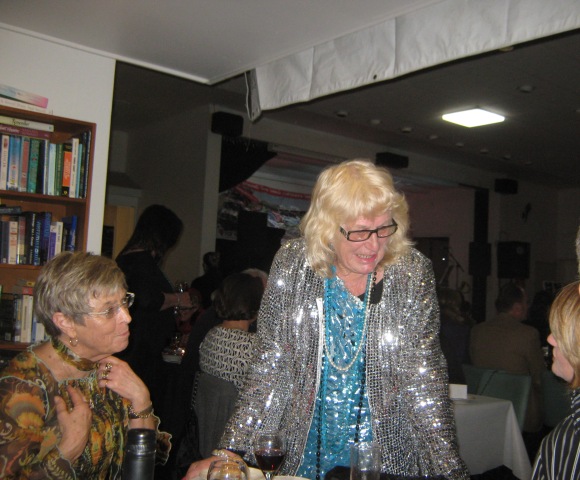 Kathleen Feehely and Beryl; Kathleen never misses a function; the bookshelf you see behind her is secondhand books sold through the club for golds coins and raises further funds; an idea Beryl started years ago now and still working well. Photo by Brian Friend

The 13th Mermaids Variety Fundraiser night at Club Palm Beach (the Palm Beach RSL) on Monday 30th of July, 2012 has been acclaimed as one of the best ever. The Palm Beach night is one of several fund raising events that the Mermaids hold each year. This night raised five thousand dollars in entrance and raffle prizes. Mermaid Beryl Driver wanted the night to be a tribute to the long time band leader Joe Hassen who sadly recently passed away after a long battle with cancer. Joe had supported the Mermaids for the past 13 years and his and his band’s rendition of ‘Gloria’ will always remind this Palm Beach lady of Joe.

Special guests included John Paul Young who was earlier this year was awarded an OAM for his work for charities and the other John, John Williamson. Both sang their well known hits to the great delight of the guests, John Williamson dedicating his famous ‘True Blue’  to Beryl. Popular local musician Barry Leef also took to the stage and all three joined in to sing with Nic Long's Endless Strummers.

A feature of the evening was the auctioning of the last piece of the original bar of the old RSL club. Now crafted into a collectible chopping board it generated spirited bidding under the control of honorary auctioneer Stuart Telfer aided by ‘spotter’ John Williamson. Knocked down for $620 the successful bidder was John Lewer who generously donated the item back to Variety to raise more funds.

The annual Variety Bash is Australia’s most successful charity motoring event. It is the focal point of fund raising efforts by many hundreds of supporters of Variety, with the money raised helping children who are sick, disadvantaged or have special needs to live, laugh and learn. Events Manager for the NSW Bash Stuart Telfer told the audience that the bash has never been the same since Beryl and the Mermaids first participated some 14 years ago. The Mermaids have raised half a million dollars for Variety.

The Variety Bash this year 19th Aug. to 28th Aug., 2012 goes from Balmain (in Sydney's west) to Bamaga (on the tip of Cape York Peninsular) the towns that it travels through are Narrabri, Goondiwindi, Roma, Emerald, Carters Towers, Cairns, Archer River before reaching it's destination....or falls off the top of Australia. To enter the Bash it costs $8,500 minimum per vehicle which is a donation and is tax deductable. Any money raised above this can be used at the team’s discretion (Bribes, Corruption etc) during the trip.

The Bash originally commenced from an idea of Dick Smith's back in June 1985 raising a whopping $250,000. The motor vehicle must be built pre 1974 and must survive Australia's harsh outback. The motor, gearbox and diff are to remain as per manufacturer’s specification. The body can be decorated with anything the crew can come up with. Only mechanical modifications to the brakes and suspension are allowed.

Beryl turned 79 this year and will be 80 in next years Bash, which she intends to participate in. Beryl has stated that she will keep competing until the car gives up the ghost. Then she will retire so her sons Michael and Bruce will have to work miracles to keep the old girl (car) going. Beryl is the oldest female participant in Bash history. 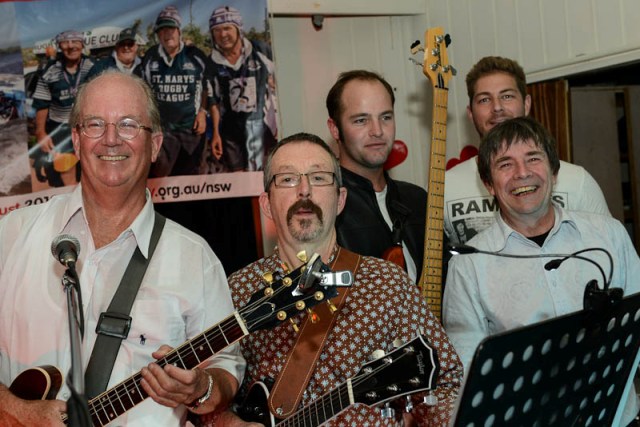 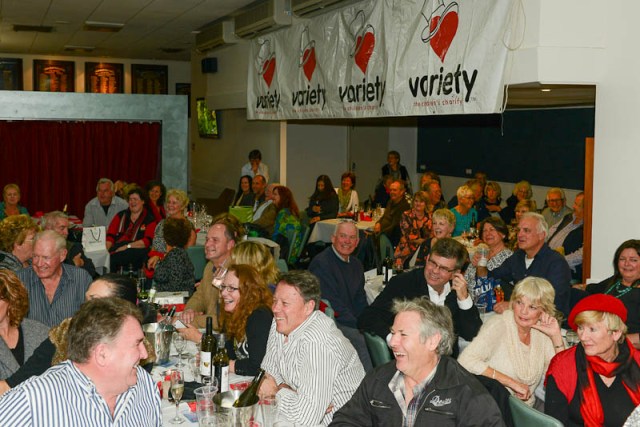