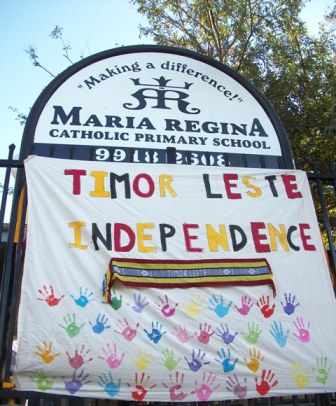 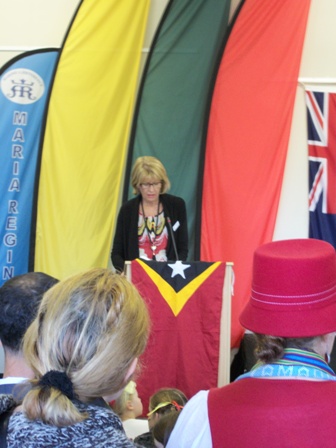 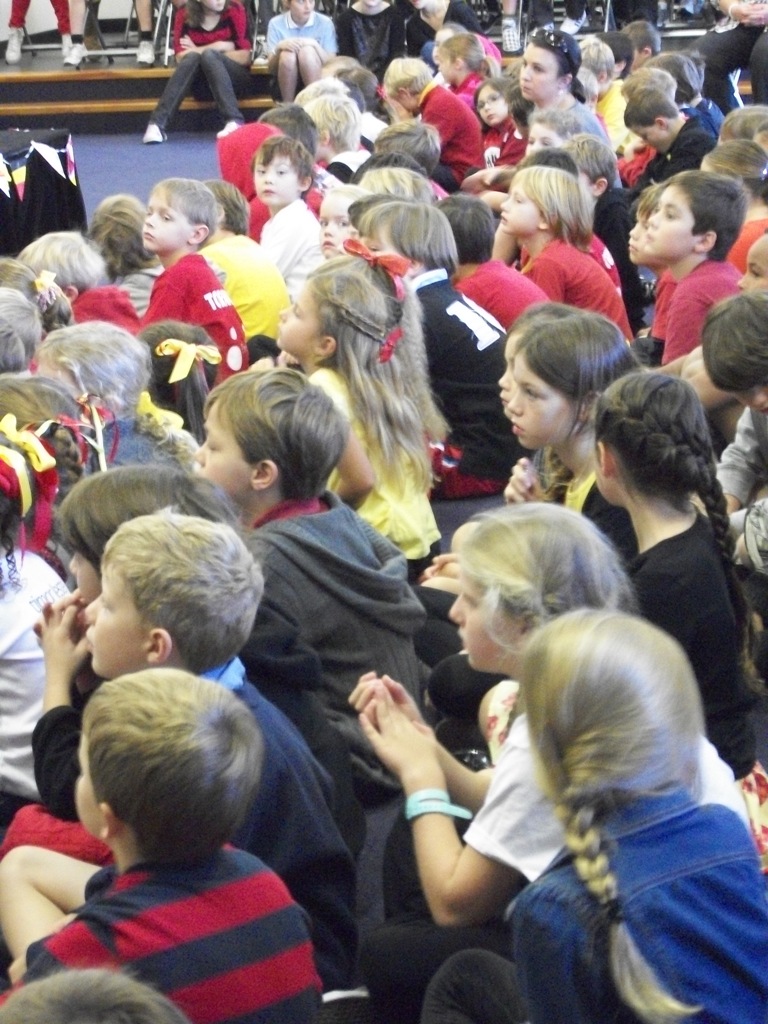 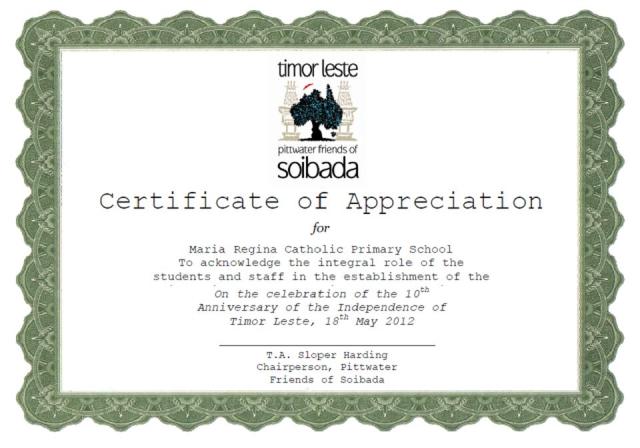 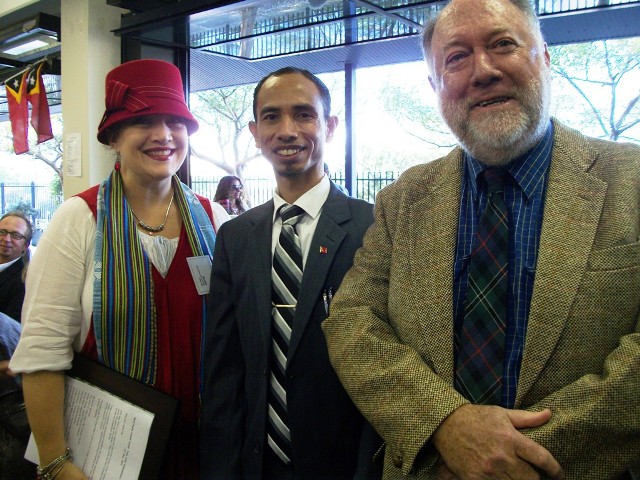 Above: Tamara Sloper Harding, Chairlady of the Pittwater Friends of Soibada, Consul Fonseca Dos Santos Pereira of the Consulate-General of the Democratic Republic of Timor-Leste in Sydney and Councillor Harvey Rose, Mayor of Pittwater at Maria Regina Catholic School, Avalon on Friday morning

Today Sunday, 20th of May, is the 10th Anniversary of Timor-Leste’s Independence. On Friday the 18th of May, as part of its annual celebrations of its Friendship with the village of Soibada, Maria Regina School, Avalon, held its annual celebration of this day by dressing the whole school and themselves in Timor-Leste’s colours, by reciting prayers and giving presentations to raise the awareness of guests of why they sought friendship agreement with the children in the village of Soibada, and by raising funds to ensure basic needs, such as food, pencils and schoolbooks, can be met. Part of this Celebration is a special assembly to open the day, activities in each class to increase an educational awareness of Timor-Leste(such as learning songs in Tetun), the children consuming the same food their friends in Soibada would for the day and bringing or purchasing crafts made by locals and people from Soibada; funds that will go back into the Pittwater Friends of Soibada’s ongoing projects to self-empower this village. 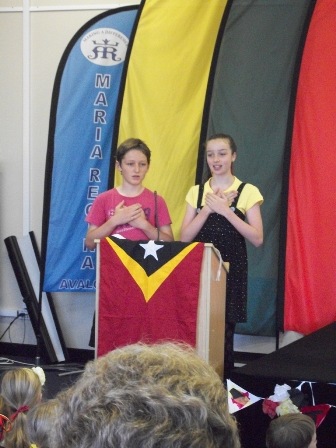 A very special guest was Consul Fonseca Dos Santos Pereira, from the Consulate-General of the Democratic Republic of Timor-Leste in Sydney.

This gentleman spoke of the  "Goodbye Conflict, Welcome Development" motto being embraced by the people of Timor-Leste as they enter the second decade of autonomy and smiled as he related how his people are enjoying peace, increased security, stability and are working towards Building a Nation that adheres to human rights and is prosperous. Consul Dos Santos Pereira stated their new President, Taur Matan Ruak, is a symbol of national unity and signifies Timor-Leste has joined the international community. More here: http://presidenttimorleste.tl/

Consul Fonseca Dos Santos Pereira closed his address by thanking the PFOS, in conjunction with Pittwater Council for their ongoing support of this project and warmly thanked the children of Maria Regina Primary school, Avalon. ‘It is the students here who are the next generation and who will continue this friendship with Timor-Leste’s akin generation of children and build a world worthy of them all.’ 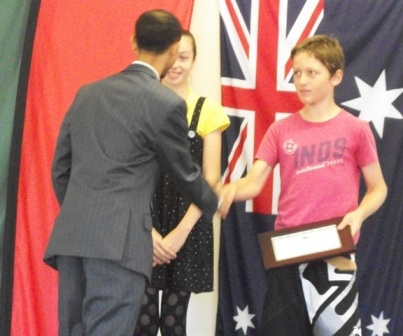 Tamara Sloper Harding, chairlady of PFOS, with the Consul, thanked the Maria Regina students and staff for their initiating this friendship by presenting a framed Certificate of Appreciation that reads ‘ To acknowledge the integral role of the students and staff in the establishment of the friendship between the Pittwater community and that of Soibada, Timor Leste, on the 10th Anniversary of the Independence of Timor-Leste.’

At the request of the Prime Minister, the Governor-General, Ms Quentin Bryce AC CVO, and Mr Michael Bryce AM AE are visiting Timor-Leste this weekend (Saturday May 19 and Sunday May 20). They will represent Australia at the inauguration of the new President, Taur Matan Ruak on Saturday 19th of May, and attend a Flag-raising ceremony in recognition of the 10th anniversary of Independence and Presidential Inauguration, Presidential Palace, to mark the 10th anniversary of the country’s independence.