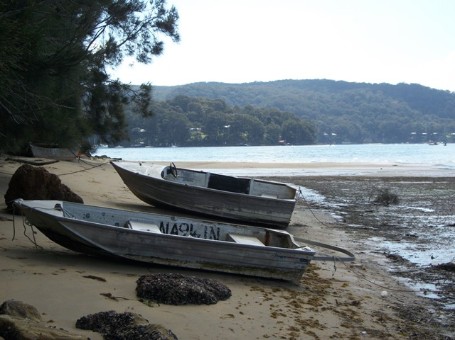 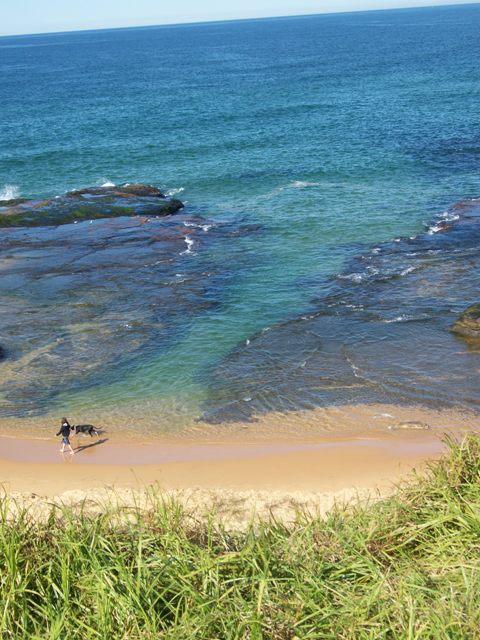 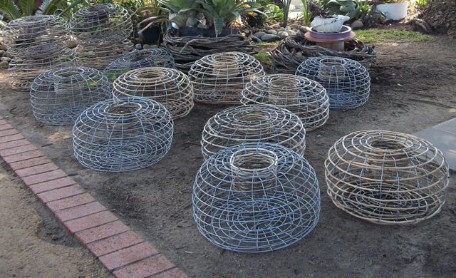 Decisions relating to the fishing industry should always be considered in the fullness of history, from the ancient Egyptians who relied upon fishing as an important means of food and industry to the activities of the apostles on the Sea of Galilee two millennia ago to the fishermen of Pittwater today. And throughout the ages, few have been more intimately connected with the sea than fisherman. Few have been more attuned to the state of the marine environment. Few have had a stronger vested interest in ensuring the sustainability of their industry.

I am a third generation fisherman to have fished the Pittwater and Hawkesbury River regions. My family was one of the first to settle in the area more than 100 years ago.  It has played a significant role in the cultural heritage of the Palm Beach/Pittwater region.

My father retired from commercial fishing this year after more than 60 years in the industry, fishing almost entirely in the Pittwater/Hawkesbury River area. Few would dispute his remarkable knowledge of the area. I joined the industry last year after 20 years as a journalist for the Packer and Murdoch media groups. I am also the first to join the dwindling commercial fishing ranks in this region in the last 25 years. The fishing industry has seen many changes over the last 20 years. As a sustainable industry it is now controlled by the Department of Primary Industries (DPI). Our region, referred to by the DPI as Region 5, is one the smallest fisheries on the eastern seaboard.

Whereas years ago a fisherman could roam the coast and inland waters pursuing whatever manner of fishing they desired, the fishing of each part of the waterways is now constrained by licensing and other conditions.  In some instances, quotas are imposed to ensure fishing sustainability and management. Licences for hauling, lobster, trapping and other forms of commercial fishing are limited in number, expensive to purchase and difficult to obtain.

To ensure fishing sustainability, the DPI monitors our catch rates and insists on fish returns, in some cases every 48 hours, reporting on the size and quantity of species caught. Our equipment is regularly checked by DPI officers and breaches of legislative requirements carry heavy penalties not limited to fines, criminal records and confiscation of equipment.

Whereas there may have been 50 fisherman working in Pittwater half a century ago, in 2010-11 there have been less than five fishing boats working within the region; four did no fishing whatsoever in Pittwater as they were trawling for prawn and calamari in the Hawkesbury River and only one, fished predominately from Mackeral Beach, up to five days a week, excluding weekends and public holidays, during the season only which lasts for four to five months of the year at most.

The closure of the eastern side of Pittwater to commercial fishing in about 2004 decimated the local fishing industry. The decision to close it was made by the DPI, purportedly in an effort to stop the spread of caulerpa taxofolia weed - a pest that has spread prolifically throughout the eastern seaboard.

In addition to my fishing activities in Pittwater during approximately five months of the year (summer), approximately three commercial trap fishermen (each allowed 10 traps each for the entire bay and river system) try and make a living. The trap fishermen, like the rest of us, are generally locals and possess the relevant permits and licences issued by DPI.

Fishing is affected by many factors.  Tides, water temperature, wind direction, the sun and moon, rainfall, time of year are but a few of the issues that need to fall into place to make fishing successful, much like farming in rural areas of the State. For instance, most fishermen do not fish during the day because it is generally not as good a time as dawn and dusk. Given the proliferation of watercraft, jet skis and ferry runs up and down the bay every half hour in summer months, it is not an environment conducive to fish habitation or fishing during daylight hours in any event.

Having lived and fished in this area my entire life, I have seen many changes in the fish stocks; it cycles in a similar way to the weather, like El Nino. Last summer, the hauling season was one of the shortest in history but my father had never seen fish stocks so high in that short period in over 60 years of fishing.

Most species of fish caught in Pittwater are not resident fish. In other words, they don’t live here all year around; they migrate with warm currents throughout the yearly seasons which is why catch rates are more prolific in the summer months. Fish that are here today are often gone tomorrow, following bait fish and other food sources that also migrate with currents, rainfall and climate.

Decision making policies pertaining to this industry that lack the input of local fisherman and substantiated scientific support will have far reaching repercussions not limited to:
Depriving residents of fresh local seafood at the very time when questions are being asked about the quality of imported produce
Causing substantial economic damage to area
Destruction of an ancient and proud industry
Undermining local heritage
Leading to economic hardships to the families of those engaged in the commercial fishing

Recreational fishers are now frequenting the waters in greater numbers that ever before and the high level of boating activity and changing global weather patterns are highly detrimental to fishing results;
Fishing tackle businesses are being crippled by the cheap internet sales, not depleted fish stocks and the closest tackle store to palm Beach is approximately 20kms away at Narrabeen;

Hire boat businesses are busier now than they have ever been with their two stroke outboards adding to potential environmental/pollution issues in the region. The hirers are a constant target of NSW Fisheries officers and NSW Maritime as they are generally unlicensed and are not familiar with fish sizes or with bag limits.

The commercial fishing industry, especially locally, is a proud of its heritage and the manner in which it conducts itself.  It is disappointing that loose and unfounded statements about commercial fishing have been made; particularly as such statements are liable to have the effect of turning public opinion against the industry through speculation, hearsay and mistruths. Such statements do not assist calm, reasoned and informed debate.