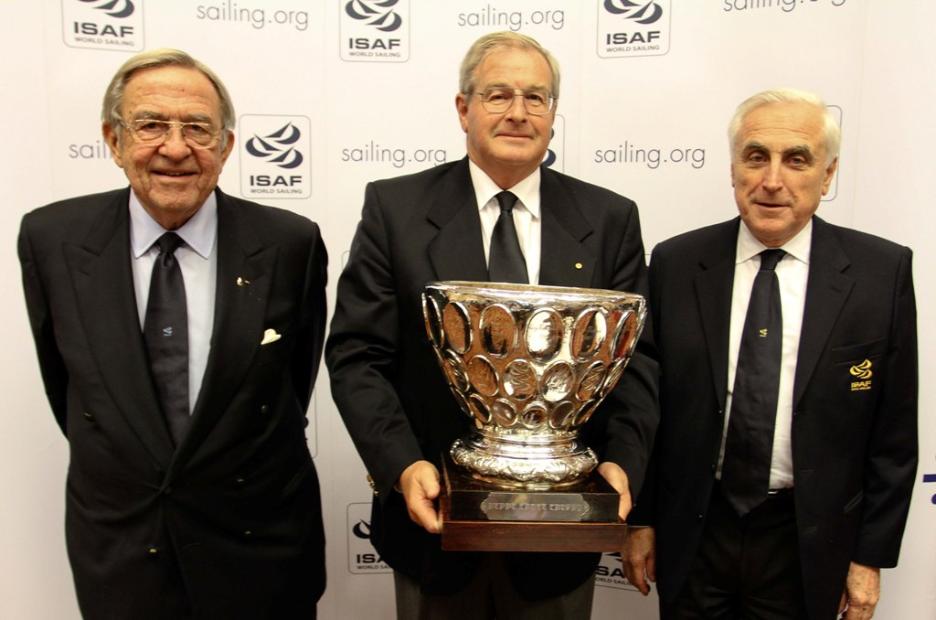 The trophy, which was first awarded in 1988 in memory of Beppe Croce, ISAF President from 1969-1986, was presented to Kellett by ISAF President Carlo Croce at the 2014 ISAF Annual Conference in Palma de Mallorca, Spain.

Kellett is the first recipient from outside of Europe or the America’s and on receiving the award, said, “Your Majesty, President, members of Council, fellow sailors. I am deeply honoured to be awarded the Beppe Croce but at the same time humbled and proud to be among the elite list of recipients. 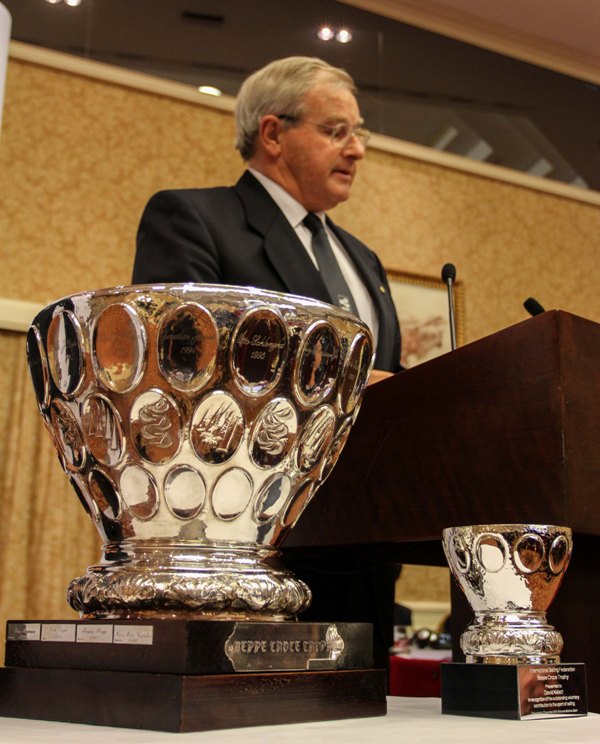 “When I started my ocean racing career in the late 1960’s I sailed with a man who was the Australian representative on the ORC so I was aware of the structure of our sport. He educated me in the responsibility we had to give something back and serve the sport. Little did I imagine that in the late 1970’s when I started serving my local yacht club that I embarked on a path that would lead me to the top levels of world sailing.

“Whilst you recognise those efforts with this award it would not have been possible without the support of my wife Kendi and my family, you can’t spend 12 weeks a year working for ISAF for 20 years without such support. I therefore accept this as an honour for the both of us.

“Thank you President it is wonderful to be recognised for something you have been passionate about and enjoyed doing. I’m very honoured.”
Picture: David Kellett awarded ISAF Beppe Croce Trophy

Born on 14 December 1948, Kellett has been a passionate sailor throughout his life. He started out in small boats and Olympic classes before making the move to ocean racing and the America’s Cup.

Kellett’s first involvement in ISAF came in 1992 when he became the ISAF Member of Council for Group L. Under the mentorship of distinguished administrator Tony Mooney, Kellett represented the region and his involvement and impact within ISAF was quickly felt.

From 1994-1998 Kellett was a Member of the Events Committee and played a key role in introducing the high-performance skiff, the 49er, into the Olympic Sailing Competition. He became a Member of the Oceanic Committee in 1997 and was vital in representing offshore sailing within ISAF.

In 1998 Kellett was elected as an ISAF Vice-President, a position he held through to 2008. During his time as ISAF Vice-President Kellett was pivotal in the creation of the ISAF Sailing World Championships. Having worked closely with event organisers at a combined World Championship in Melbourne, Australia in 1999 Kellett saw first-hand how successful the event could be. This was the spark that led to the 2003 ISAF Worlds in Cadiz, Spain and the largest congregation of Olympic sailors ever. Cascais, Portugal and Perth, Australia hosted the 2007 and 2011 editions and Kellett worked closely with the organizers of both to ensure their successful delivery.

As part of the ISAF Executive Committee, Kellett was responsible for Oceanic sailing and the America’s Cup and made key contributions to Women’s Match Racing, Team Racing, the ISAF Sailing World Cup and bringing sailing closer to the public.  He oversaw the introduction of the Strategic Plan and the administration of the Advertising Code, Anti-Doping Code and Classification Code.

Serving as Treasurer from 2008-2012, Kellett guided ISAF through a challenging and difficult period of global financial crisis to ensure the financial stability of the federation.

Kellett is an experienced offshore sailor and has participated in the Rolex Sydney to Hobart Yacht Race 41 times. He skippered Sovereign to line and handicap honours in the 1987 edition and for the past 15 years has been an integral part of the safety network, controlling the race at sea. Kellett was also involved in three America’s Cup challenges for Australia.

The Federazione Italiana Vela presented the trophy to ISAF in memory of Beppe Croce, ISAF President from 1969-1986. Awarded to an individual who has made a voluntary outstanding contribution to the sport of sailing, the ISAF Beppe Croce Trophy roll of honour is an impressive one. Including multiple Olympic medallists, rules gurus and designers, all have dedicated an outstanding amount of time to the sport of sailing:

More on the previous recipients www.sailing.org/about/isaf/awards/beppe_croce.php 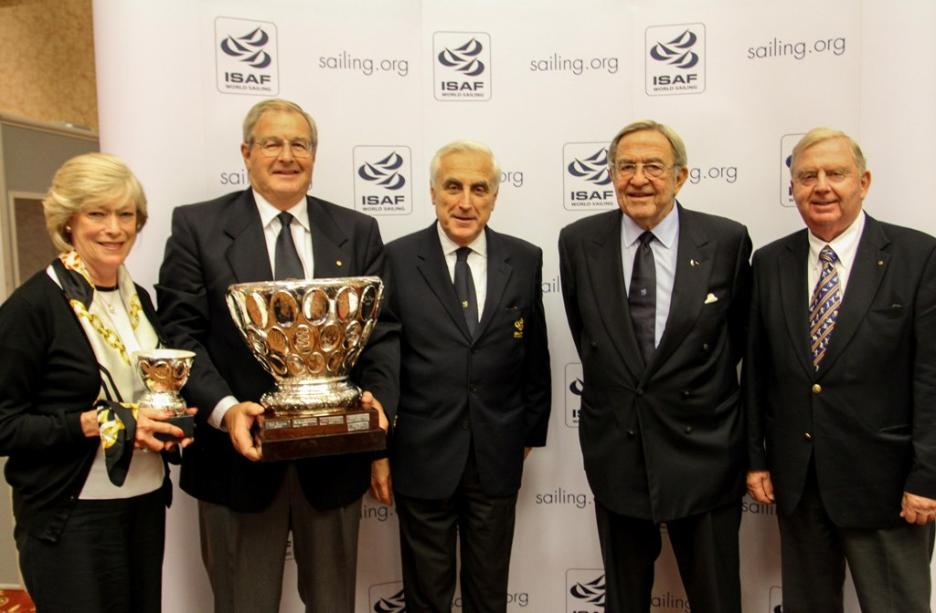