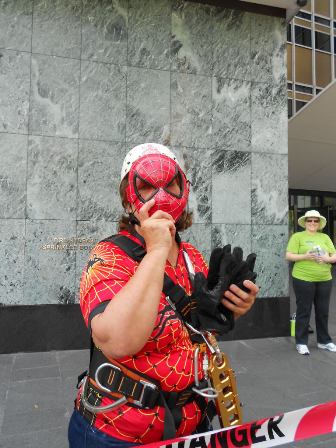 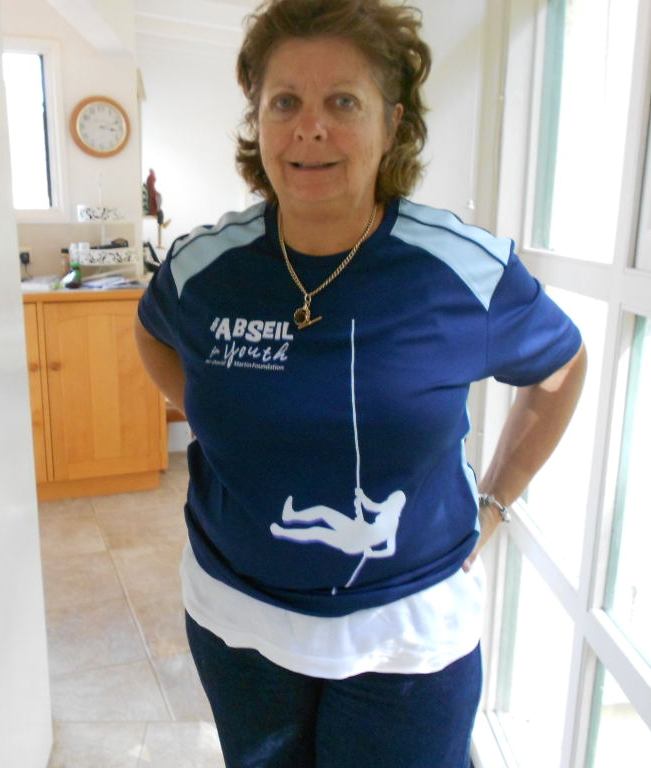 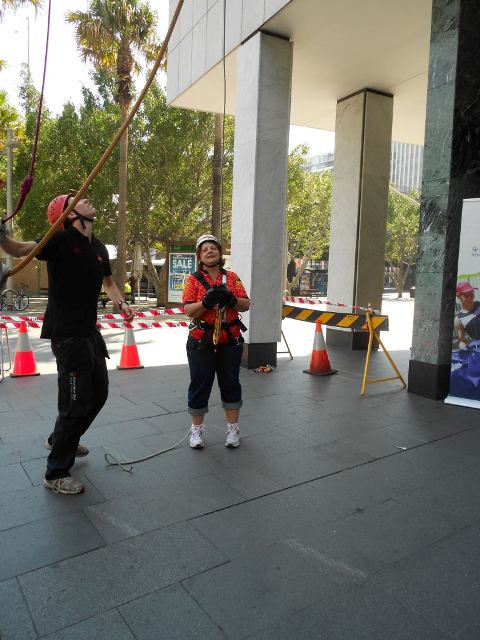 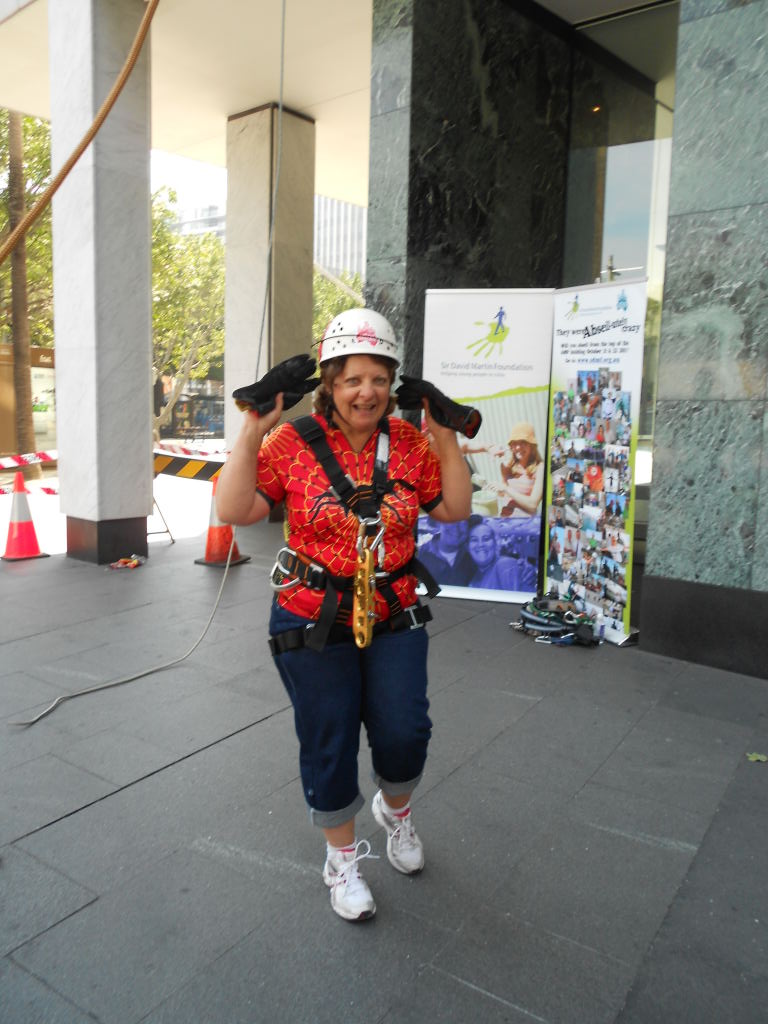 Husband John said she “went like a rocket” and was down in three minutes when it usually takes between seven and ten minutes.  Both sounded very excited and exhilarated when speaking to them Saturday afternoon.

Irene said “- the abseil was great except that I sailed down the AMP Building way too fast - it was frightening and exciting in one. The worst step was actually stepping over the side of the building. The view was amazing but being Irene - I raced down like I do in all things that I do. The landing was surreal and when I got on the ground my feet and legs went wobbly. It took me a few minutes to realise what I had just achieved.

It was satisfying to know that my donations will help youth in crisis and I thank all those people who believed in me (even though they thought I was crazy).” 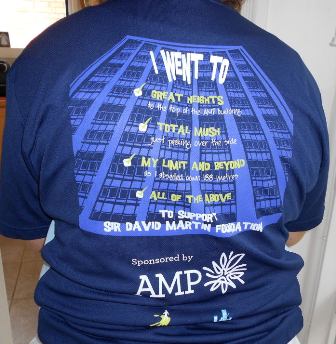 Irene participated in order to raise funds for the Sir David Martin Foundation to help youth in crisis and set herself a target of $1500 although $1630 had been raised when we checked yesterday afternoon. If you want to help out please go to her fundraising page here:

Or directly to the Sir David Martin Foundation: http://www.sdmf.org.au/

Tonight, across Australia, 36,000 teenagers and young adults will bed down in youth refuges, inner city squats, parks and other public places in our big cities. For many of these kids, homelessness begins the descent into alcohol and drug abuse, mental illness, violence, crime, prostitution and other behaviours damaging to their physical and mental health.

The Sir David Martin Foundation was set up in 1990 by the much loved Governor of New South Wales, Sir David Martin, four days prior to his death. The Foundation aims to realise the dream of Sir David Martin of an Australian community “where children can grow up in safety with hope and opportunity”. The Foundation raises funds for innovative and effective Mission Australia run youth crisis programs. We provide care, counselling, training and support for young people in crisis and foster community understanding of their needs and potential. . With the goal to get more young people off the streets, away from unhealthy situations and into care and rehabilitation. We aim to encourage them in a new sense of self belief so that they can face the community at large without the need for drugs, crime and homelessness.

Well done Irene, being a grandmother isn’t slowing you done at all !

PS: John has just been made Treasurer of the Avalon Beach RSL Club Sub-Branch, so congrats are due there too !