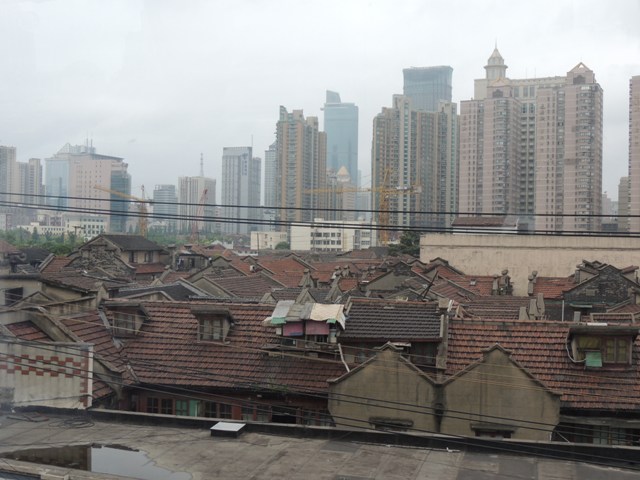 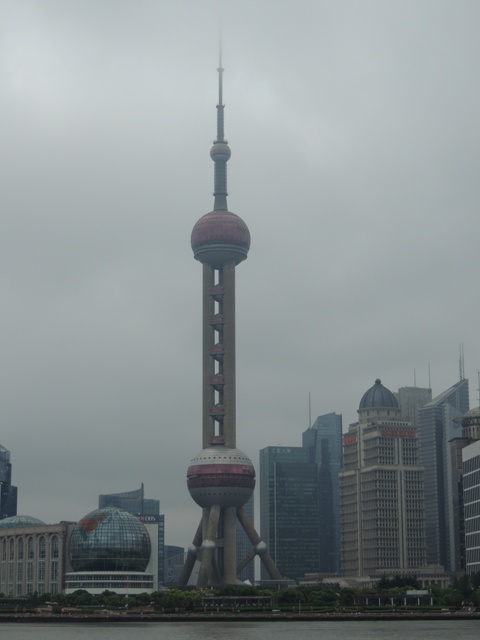 The Oriental Pearl Tower, the most distinctive landmark in Shanghai 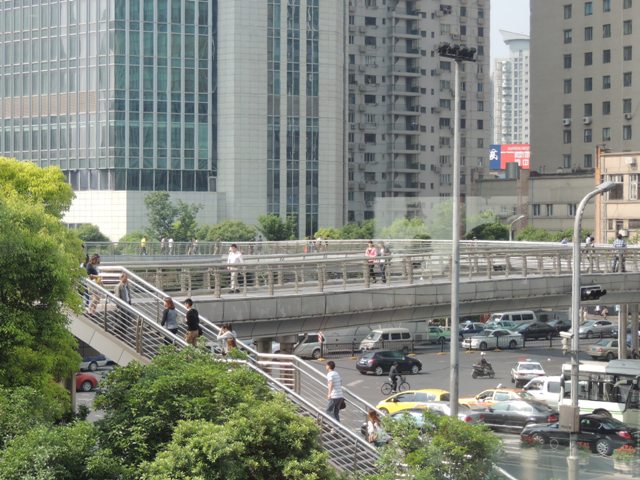 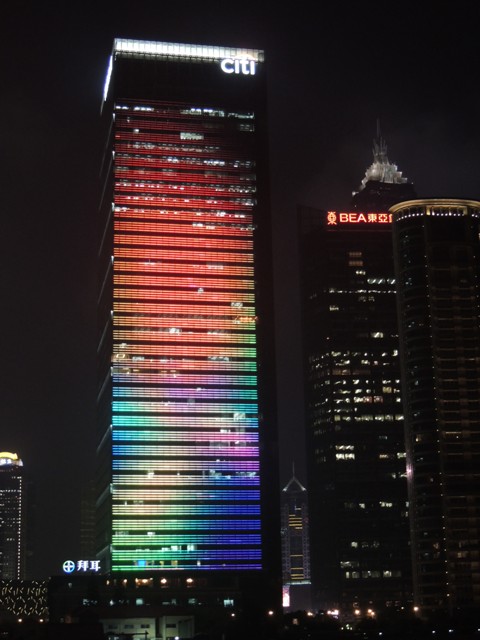 Impressions of China
by Robyn McWilliam

Touchdown in Shanghai after dark; skyscrapers dazzle with a light show on their facades. Arriving in China, the most populous country in the world, the average western tourist is in for some culture shock just dealing with the basics of food, traffic and toilets.

At dinner, mastering the lazy Susan is imperative. Apparently, the Chinese just help themselves to dishes with the chopsticks they eat with. We ask for serving spoons as double-dipping with eating utensils doesn’t appeal. Next we learn to keep spoon handles within the Susan’s perimeter or they knock drinks over. Soppy tablecloths become less frequent as we adapt. In some restaurants clingy plastic covers the entire cloth under our glass circle.

Each place is set with a tiny bowl, a china spoon, a fork and plate and sometimes chopsticks. Dishes appear rapidly. Mountains of white rice accompany them but unfortunately the soup is often late appearing when appetites are satisfied. Impatient diners tend to spin Susan when people are still serving from a platter on the other side. Grabbing the edge or taking the dish off seems to work. This method of dining is preferable to queuing at buffets but by the last night I’m a bit over Susan. I just want to set a glass of Sprite on her shiny surface and spin it fast to see what happens.

The food is not meat based like Chinese meals in Australia. Miniscule pieces of beef, chicken or pork appear amongst the vegetables. Mostly vegetable dishes arrive on their own. Corn, cabbage, cauliflower, snake beans, bok choy and eggplant in a variety of ways. So delicious! Many are surprisingly different and are a vegetarian’s delight.

Even in Sichuan province the spicy dishes are not too hot. However, we did not try their hot pot. One favourite is a crunchy dish with peanuts and chilli. I am impressed by the simplicity and flavours of the vegetable dishes. This will send me delving into My China by Kylie Kwong for recipes.

I could whine about the wine or lack of it. Our meals include a drink of Sprite, Coca Cola, beer or Chinese tea. Not a fan of gaseous drinks, I find it impossible to procure a glass of red wine to have with dinner. On one night only is a bottle produced for us to taste. The brand is Changhyu and has dry red wine on the label. It is quite drinkable. Then I realise why we’ve been given thimble-sized glasses. We share our solitary bottle amongst ten diners.

Managing to buy a bottle of this brand for $20, we enjoy pre-dinner drinks with toasted almonds for two nights of our Yangtze River cruise. Bottled water becomes extremely boring with every meal so in the evenings many take to the beer. It at least is better than the super sugar hit of the soft drinks. At a dinner show we share a Great Wall red wine, a rare highlight in the liquids department.

A final purchase of a bottle of Changhyu in Beijing is disappointing. They still use corks in China. I should have realised when seeing the bottle upright on the shelf in the sun. The wine is partly oxidised so we take a glass for medicinal purposes and go to dinner.

Drinkable tap water is not a high priority in China. Hotels supply bottled water each day and we can buy it on the coach. But each time we fly on internal flights carrying any liquids is forbidden. The bag allowed on international flights must be packed into your hold luggage. We are told not to risk drinking tap water or having ice in drinks for fear of stomach upsets.

A toilet stop is redefined as a visit to the ‘happy house’. Always we are encouraged to use better ones in certain restaurants and museums. Traditional toilets have no door locks so occupants sing. To sing a song is another way of saying a pit stop is needed. There may be one western toilet in most places then a row of cubicles with holes in the floor. And no toilet paper. Juggling handbags and cameras whilst in an inelegant pose induces a sheer terror of dropping anything. Generally, we cope as most happy houses are clean enough. Only at one airport block did the stench almost bring on retching. I could have screamed, ‘Where is the disinfectant?’

In a country of 1.3 billion people car ownership is becoming increasingly popular and is changing lives. There are many familiar makes but never have I seen so many top of the range Mercedes, BMWs and Audis. Traffic in the cities moves slowly in perpetual chaos. There are marked lanes but wandering between them is usual and there is a whole language of beeps. From the coach it’s like watching dodgem cars yet no apparent road rage or finger signs are seen.

Around the cities there are two or three lanes each way as well as a bicycle and motor scooter lane. Crossing the road is an ever-present danger but not as horrific as in Vietnam. Even on crossings with a red light traffic might choose not to stop for you. Taxis flaunt any rules. Bicycles and motor scooters expect to dodge around pedestrians. The scooters are quiet (battery powered) and can appear from behind with frighteningly little warning.

Our national guide informs us a red traffic light in China is only a suggestion. We learn to use the locals as buffers and cross with them. Once a guide is escorting us over a crossing; all the cars and buses stop at the red light. A rather large man on a motor scooter intent on continuing is faced with several angry women. Fingers pointing, we yell, ‘You stop.’ A look of surprise but stop he does. At big intersections in cities like Shanghai and Beijing, elevated walkways are built so people don’t have to engage with the traffic.

In the last ten years freeway building has boomed. Between Chongqing and Chengdu at least three to four lanes of divided road span valleys on concrete stilts. We see comfortable farm houses, ridges with pencil pines and small rice paddies in the dips. In Shanghai there is an amazing snaggle of concrete sending roads in all directions.

Cranes dot the skyline as apartment blocks and skyscrapers are rising everywhere. Building, massive industry and vehicles come at the cost of air quality. Locals talk of mist or fog not the blanket of smog we’d deem it. Pollution is a word we seldom hear. The sun tries to shine through but in cities of 24 to 33 million people clear days are rare. Australians take a blue sky for granted. On the streets and pavements cleaners sweep up rubbish with hand-made brooms but grit and grime remain.

Oh the wonders of China. And I haven’t yet mentioned the terracotta warriors, the Great Wall or the pandas.