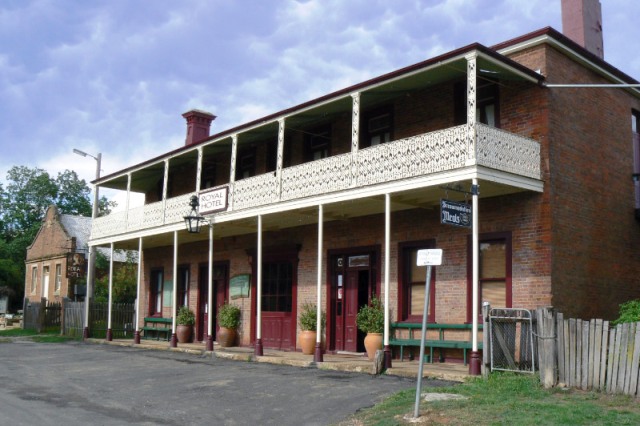 Gold has been keenly sought and greatly valued over the centuries because of its unique properties. It is attractive in colour and brightness, does not tarnish nor corrode, is durable, is dense but very malleable and occurs in nature in a comparatively pure form.  Through history many societies have been pillaged for their gold.  The Conquistadors stripped the civilisations of Central and South America (most notably the Incas) of their gold for the “glorification” of churches in Spain.

However, outstanding examples of elaborate, beautifully worked gold artefacts surviving from Assyrian, Etruscan, Minoan and Egyptian civilisations can be seen in museums in the Eastern Mediterranean, particularly in Greece and Crete.

An upsurge in gold production started in the Americas in the 1490s following the arrival of the Spaniards but by 1823 Russia had become the world’s leading producer. “Gold Rushes” followed the discovery of gold in California (1848) and Australia (1851) where rich deposits were found at Ballarat and Bendigo. In the period 1850-1875 more gold was mined than had been produced over the whole of the time since 1492.

Where gold rushes occurred large towns quickly sprang up – and, when the gold ran out, quickly left little to show where hundreds and even thousands of people had lived and worked.

An outstanding exception is Hill End, about 80 Kms by road from Bathurst or (by a better road) 72 Kms from Mudgee. It provides a snapshot of what life was like in an 1870s mining and commercial centre.

The rich deposit of gold, locked up in quartz veins 50 metres under the surface of Hawkin’s Hill, drew a flood of prospectors, rapidly turning Hill End from a small rural community into one of the largest towns in NSW.  With the gold largely exhausted Hill End reverted to its former state. The Royal Hotel today is the sole survivor of the 52 pubs in the town during its heyday.

The Hill End Historic Site protects a selection of buildings and artefacts allowing a visitor to wander around and feel the atmosphere of what was a thriving town. In the former district hospital, which was derelict and restored to house the Visitor Centre and Museum, a panoramic photograph shows the extent of the former town.

In the 1950s a collection of photographs of the whole town, scene by scene and building by building, taken during the boom by Beaufoy Merlin, was discovered by chance. Copies of about eighty of these photographs have been placed in the positions from where they were taken to help visitos imagine what the town was like.

A replica of the Holterman Nugget weighing 75 Kgs, discovered by Holterman and Beyer, is in the museum.  Louis Beyer later left an enduring legacy by planting an avenue of trees along the main road into the town, now called Beyer Avenue, one of the town’s most striking features.

A visitor to Hill End in 1871 wrote “But what most strikes a stranger upon his arrival here is the great number of pretty and comfortable cottages, the residences of miners, surrounded as they are by some pretty gardens, showing strong evidence of the wealth and stability of the place”.

That writer could not have foreseen what would happen when the gold ran out.

The photographs are (top to last): The Royal Hotel, Panorama of the town dislayed in the Museum. Hospital bed and medical equipment displayed in the museum. Beyer Avenue (i.e. the avenue of trees). All images by George Repin.