A Newport lady whom many have listened to for years in relation to health matters that affect them has taken a lifelong passion for words to the next stage and released a book that offers insights and adventures on her own experience of retiring. My Retirement Gap Year - Adapting to Retirement is a baby-boomer book, a non-fiction, memoir involving a journey, which resulted in unexpected personal growth, helping the author adapt to retirement. Extracts from this work will feature on our November Artist of the Month page. This week we gain a small insight its authoress, whose story begins way before any notions of retirement.

In the Royal Paddington Hospital in December 1949. My first six years of life were spent in Maroubra and then we moved to Northbridge where I went to local schools there; Northbridge Public then Willoughby High and North Sydney High. In year 11, I won an  America Field Service Scholarship, and lived in America for a year .

When I returned I went to Sydney University and did Medicine. I have also done an Arts Degree at Macquarie University.

I started general practice at a Training Practice in St Ives for four months, and then went to Manly followed by Collaroy Plateau. I’ve worked in the Northern Beaches all my life All the time I was doing General Practice I was doing a lot of other things – I worked at Sydney University in the Department of Community Medicine, then teaching for the College of GP’s. I always had a minimum of three or four jobs. I helped write a medical encyclopaedia, and then did columns for Woman’s Day, New Idea, Better Homes and Gardens, Parents Magazine and radio (2GB) and was also on Channel 10 and Channel 2. I also spoke on the Northern beaches local radio for about 10 years every week

I administered a grant from the Federal Government to look after the GP’s in this area, from Manly to the Spit Bridge to Terrey Hills to Palm Beach; I ran training programs for them and came up with creative ideas to make their lives more interesting and improve health services.

When I was at the university I did an extra year researching which focused on food restriction and longevity, which is very topical and popular now.

I also scripted and acted in a teaching video on how doctors should see Drug Rep.s so they’re not unduly influenced by sales and marketing. That sparked a huge amount of interest – World Health was interested in it and used my film as a teaching resource overseas and redid it themselves for the Third World using my ideas.

The Arts Degree at Macquarie – what did you want to achieve there?

I ended up graduating in Politics. I did Chinese Literature, German Literature, Literature in History, Women in History, Marx and Marxism, French Films – a really good spread of subjects. I wanted to be better-educated. Loved it.

Were you writing as a little girl?

Oh yes. I can remember writing poems when I was about 6, and still have the poem, called ‘Adventures of Jolly Jim and Tomcat Tim’. It’s about four lines.

In primary school I wrote a play, I would have been about 10. There was a show on TV called ‘Opportunity Knocks’, with Desmond Testor, which I desperately wanted to go on.

I rang up the TV station , and got an audition. My friends and I arrived alone at the studio for the audition. All others were accompanied by ambitious parents, little child stars, all groomed little Shirley Temple’s with curls practicing their tap dances. My group was like a fish out of water. We started the play and I think we didn’t say more then two words before we were quickly ushered from the stage.

I was so disappointed.

No, it’s not. I’ve done a lot of writing. I wrote in my career –  I wrote a lot of satire and political comment and travel focused pieces for the medical media.

‘Ask Dr Fran’; a little book comprising my answers to medical questions was published by Fairfax media but it was hardly a best seller.

Writing may seem a funny thing to take up considering how difficult it is to sell works, but then it is no different to people who want to paint or pursue some other creative field. It’s really the pleasure of doing it.

Then I wrote my parents story, which is self-published, so that’s out there.

When I retired I thought I’d dabble in what ever I feel like, and have been going to different courses and trying different genres, and wrote other stuff.

I wrote a play 30 years ago and thought ‘that’s the end of that, it’s gone nowhere’; I then went to a party about a year ago and met a lady who writes plays. I thought if I’m going to tell anyone I’ve written a play, it should be her. She asked if I would like mine performed, which she organised. In this last year I have written two more plays, the next one will be read on Mon 24th Nov at the Hayes Theatre at 7.30pm. Many years ago I was commissioned to write a book called a working women’s Survival Guide.

As soon as I retired three and a half years ago to help me adapt to retirement I wrote my work history. Then our 29 year old said ‘I’m buying a yacht in Europe and sailing it back to Australia’.  So began my extraordinary Retirement Gap Year. It involved three separate trips and many adventures particularly during the five months I spent alone in Europe.

I  have put together a presentation on adapting to retirement, which I give to community groups. This starts off with my thoughts on how to retire successfully and then launches into a description of my book.

Do you address any of the health issues that people associate with retirement?

Yes I do. I talk about a healthy lifestyle and adjusting from working to not working.

You yourself a very vibrant energetic lady who clearly is very fit – you have come from tennis this morning, you sail, you’re writing – how do you do all this?

I keep fit by doing some form of exercise every day.

What about diet – is that contributing to your vitality?

I eat healthy food – I don’t drink alcohol, perhaps two or three drinks a year; and I eat lots of fruit and vegetables.

Do you have any favourite writers or books?

I don’t know that I have a favourite writer – I just read lots. Nowadays I listen to books as well as read them. I’m also concentrating more on history and less on fiction.

To have a wonderful retirement – what key elements do you need?

I also believe in doing things as a couple as well as an individual.

What did you find most difficult?

For me, a feeling of self-worth and I knew I had to get it somewhere else. I’m very achievement orientated and like to feel I’ve achieved something; I derived a lot of satisfaction from my work and needed to find a way to continue some of that or find a way to reduce that need– in the end I think I did a bit of both.

What is the difference between answering people’s health queries as a columnist and the writing you are doing now in finishing books like My Retirement Gap Year - Adapting to Retirement ?

One was a matter of answering a question, whereas this is more anecdotal and allowing room for philosophical reflection and insights.

My home. It’s just so beautiful. I love the whole of Pittwater – I think it’s fantastic. I love the beach as well – I go to Bilgola a lot to swim and am very fond of it but I also like swimming at North Narrabeen. I like walking around the coastal tracks -  or getting on the boat and going to the western shores and doing walks around there too.

I really love Mona Vale Library too – I think they’re very go-ahead there, very dynamic and it’s a great space.

I think embracing change and making the most of your time; moving forward and not seeking perfection – seeking completion. 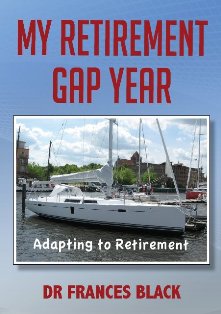 This is a baby-boomer book, a non-fiction, memoir involving a journey, which resulted in unexpected personal growth, helping the author adapt to retirement.

Shortly after Dr Frances Black retired from general practice, she found herself travelling the world alone. This was an unexpected development, which occurred when her 29-year-old son, Nick decided to take a year’s break from work. Nick’s plan was to buy himself a sailing boat in Germany and sail it home. Frances Black's husband, John was keener to join their son for longer periods of the voyage than she was. He suggested that she choose something that she would like to do as an alternative. She thought it was important to select activities, which her husband would not like to share. This decision found her in Spain learning Spanish for the first time in her life. Not everything went to plan, which provided an assortment of challenges. She felt the time she spent travelling alone helped transition her toward her retirement. This book is based on a diary she kept during her unusual year.

Dr Black has a background in medical journalism as well, as clinical work. She has written a self-help medical guide, called Ask Dr Fran. She spent 15 years writing for various magazines, both for the public and the medical profession. She has also written a family history and two plays. She plans to continue writing, experimenting with different genres. Dr Black received second prize in a short story competition. She has also worked for many years presenting both in radio and on television

Dr. Black has prepared a presentation on adapting to retirement, which serves as an introduction to the book. She is available for presentations on the subject. Contact email

The book is available as both an e-book and print on demand. It can be purchased from the following places: HERE 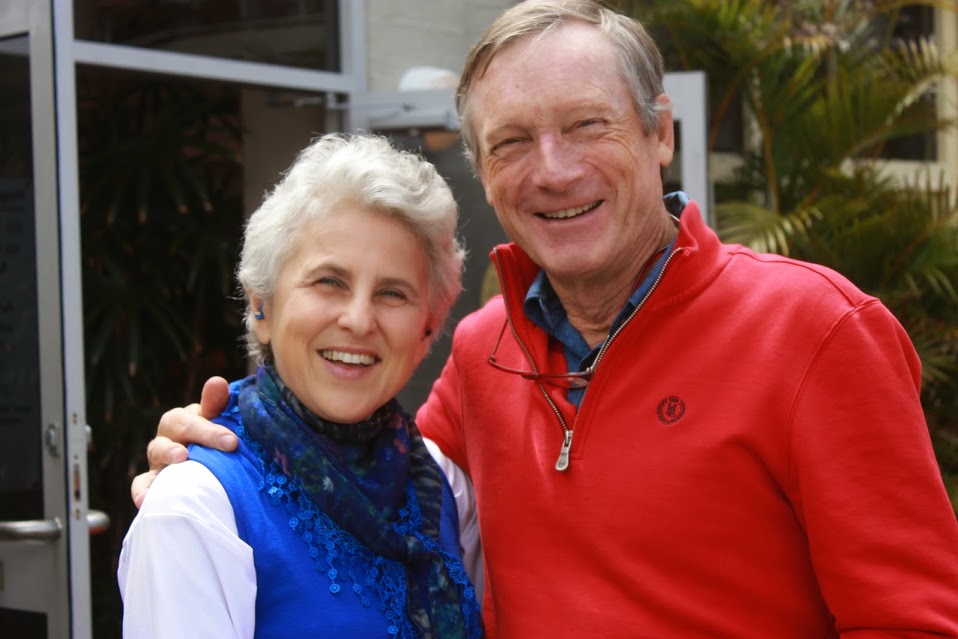