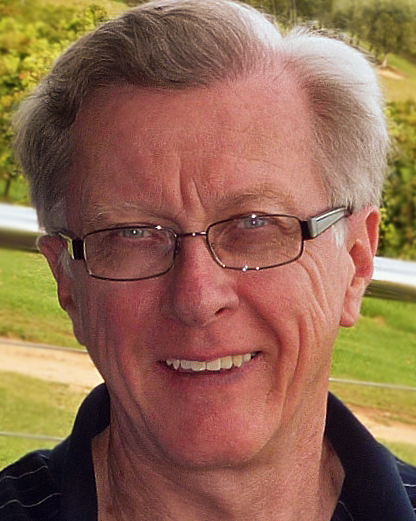 A few years ago we met a gentleman who has boundless energy for getting things done for the community as a member of the Rotary Club of Pittwater. Doug is also a talented photographer whose keen eye manages to capture the essence of what is occurring, not an easy feat. Editor of the Pittwater Rotary Newsletter, champion of many a cause and a man who will do the legwork and find the people to bring any project together and ensure its success, Mr Elliott is a team player who not only rallies others but keeps his hands full with his share of any work needing done.

A Paul Harris Fellow, ace on computers and websites, Mr Elliott is also a man of other surprises and let us know, just before Christmas, about his newest penmanship in the form of an interesting book of the kind you can’t put down once you have begun reading! This week it is our privilege to share a small insight on a gent who has been quietly in the background of many of the by community and for community ventures that make Pittwater a great place to be.

I'm an Australian-Canadian living in Pittwater.  Most of my professional life has been spent in the computer software field - in development, support, marketing and sales  -  but, after 35 years of that, I simultaneously decided to change my location and my profession. In 2005 my wife, Dianne, and I moved from Toronto to Mona Vale and I began working as a freelance writer.

I thought I should write about something I actually cared about so, being completely indifferent to sports and outdoor pursuits, I started submitting articles about history. Over the next couple of years I sold articles to Australian Heritage and History Magazine on subjects as diverse as the invention of television, the exploration or Antarctica and the golden age of ocean liners. After a couple of years of that, I gave up writing articles and set my sights on book-length projects. I co-edited Australia and Sherlock Holmes, a collection of the best Sherlockian writing by Australians (2008) and The Annotated White Company, a new look at Arthur Conan Doyle's medieval adventure novel (to be published in 2013). Both of these were extensive and rewarding projects that taught me much and allowed me to work with long-time friends.

They say that everyone has a novel in them. I decided to test whether I had one too, with an historical thriller. In 1912, fossil bones unearthed in southern England appeared to be the remains of the earliest English human, the missing link between apes and man. The scientific world rushed to embrace the new discovery. Reputations were made, careers launched. Forty years later, after a renewed examination of the fossils, came the bombshell announcement: it was all a complete fabrication, a fraud. For decades Piltdown Man had consumed a vast amount of scientific time, thought and effort, all wasted. If only the hoax had been spotted back in 1912...

My novel, The Link, asks: what if someone had spotted the fraud in 1912? Would the story have developed any differently?  The book weaves real historical characters and real events into a story of mistrust, shame, deception and murder. In November The Link was published by Loquat Valley Books and is available on Amazon here.

The Link introduces an enigmatic ex-Scotland yard detective named Augustus Parker whose career is rich enough to provide fodder for a series of adventures. So here I am, hunched over my desk working on the next Augustus Parker novel.

I loved living in Toronto and I love living here. I find the calm waters of Pittwater with its gentle surrounding hills more sympatico than the beach side, so plant me with a large cappuccino at any of the waterfront cafes -- the Boathouse at Palm Beach or the Waterfront at Church Point -- and you'll make me a happy man.

Though nominally retired, I am far from idle. I have my writing projects and too many hobbies to mention: chief among them my 30+ year interests in Piltdown Man, the world of Sherlock Holmes and the tragic events around the Titanic. I've been active in Pittwater Rotary for seven years, managing their website, editing their newsletter and working on various club projects.

Toronto has a beautiful lake and a people who are similar in temperament and outlook to Australians; a) is this how you chose where to live in Australia? and b) name two similarities and c) two differences

The move was motivated largely by the climate, and by the fact that Dianne has family in the Sydney area. I used to live in Sydney in the 1970s (when I met Dianne) so I was already somewhat familiar with the Northern Beaches. Canadians are tolerant and friendly like Australians. Australians are a bit more leisure-focused, while Canadians tend to be more work-focused.

How long does it take you to complete one book?

Based on a single example (so not statistically valid) it takes about 6 years to write a book and about 2 years to get it published. Hoping to do better next time.

Who are your favourite authors?

My favourite authors are Arthur Conan Doyle, Michael Connelly, Robert Crais, Michael Robotham and Stephen Leather. This reflects my love of thrillers, which I am trying to emulate with my own books in a historical setting.

What did you notice most changed for you when you began being a freelance writer?

Being a freelance gave me much more freedom to choose my subjects. I also had to SELL the subjects to the editor, which was very exciting on its own. Now that I'm diving into fiction, there are many facets to deal with -- plot, character and description chief among them --  but it also brings sales and marketing challenges which can be as demanding as the writing itself..

Last summer was not much different from last winter: trying to find the right balance of the work, staying in touch with friends/family and the Rotary activities.

The Waterfront Cafe at Church Point is my favourite Pittwater place to hang out. I definitely benefit from being anywhere near the water, and the peaceful ambiance of the Waterfront combines a seaside setting with my favourite activities -- eating and drinking at leisure.

I try to give other people the benefit of the doubt. This is a particular challenge when driving, watching other drivers do inexplicable things, but it also applies generally. Plus life is less stressful when I apply it to myself as well.

Pittwater presents its own challenges to an aspiring writer. Back in Canada, tucked away in my cosy office on a grey day with the snow whirling outside, I could write for hours. But here in Pittwater there are more than enough distractions, with the smell of the sea air, the sunlight sneaking through the blinds, the kookaburras calling and a gentle nor'easterly whispering through the leaves outside my window. But I wouldn't have it any other way.. 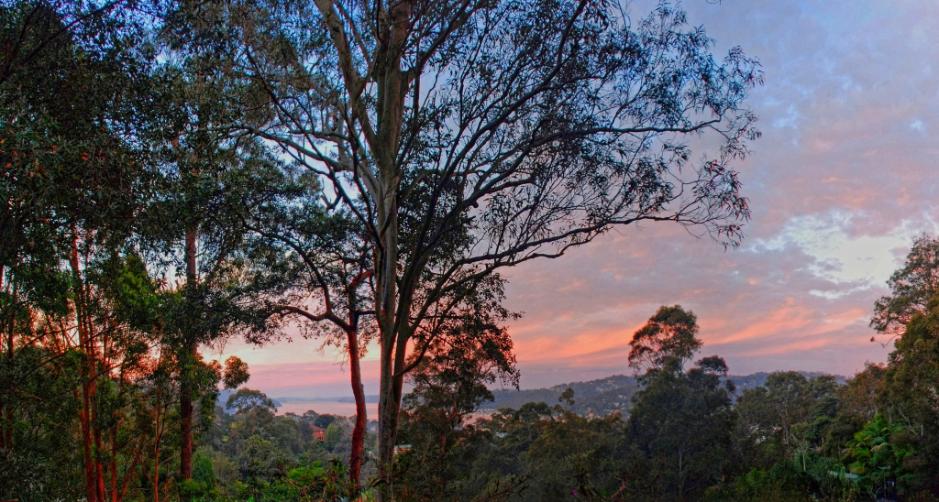 This photo shows another appealing aspect of the area: the trees. Picture by Doug Elliott. 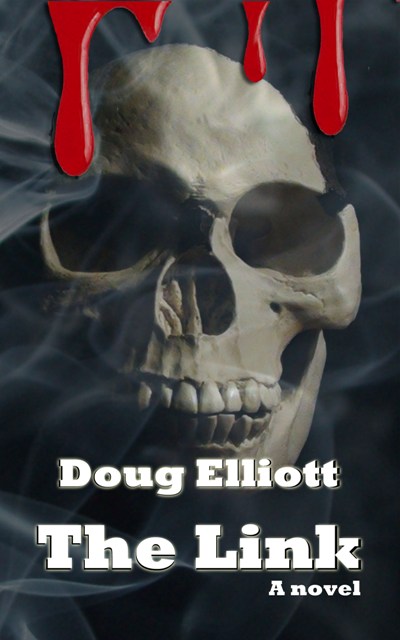 Piltdown Man: fossil bones unearthed in southern England are the remains of the earliest English human, the missing link between apes and man. In London, the British Museum is planning what may be the biggest announcement in its history.

But now one of the few men who has held the fossils in his hands has disappeared.The Museum dispatches an odd pair of investigators to find him: Stephen McKay, a young Museum worker, drawn into the affair against his better judgement, and Augustus Parker, an enigmatic former Scotland Yard detective with a reputation for unorthodox methods. Parker examines the fossils and immediately declares they are fakes. As McKay and Parker track the missing man in London and the English countryside, struggling to pierce the fog surrounding the Piltdown fraud, they stumble upon an horrendous double murder. They are attacked, their lives threatened. A mysterious woman dogs their steps.

How do a local amateur archaeologist, a reclusive landowner, a British Museum director, a famous author, and a bone collector figure in the deepening mystery? Which them has perpetrated the fraud? Which one has killed to keep his dark secret hidden? Between fakery and murder what is ... the link?