The essence of Doreen Cherry, Avalon resident for sixty years, is one of generous giving of self from an early age and sharing her time and energy to make the lives of those around her better.  A Career as a nurse, contributing to community by helping raise funds for, as an example, the Burns Unit at Hornsby Hospital in 1978, this lady has filled each day with doing for others.

I was delivered by a midwife in a cottage hospital in Hornsby on the 20th of January 1927. I grew up with my older brother who was three years old when I was born. Our father built our house in Waitara, not that populated and amongst the bush. We were considered ‘hicks’ as it was over an hour by train from the city. It was a great place to grow up and my parents were very involved in the community and became Life Members of Hornsby Hospital.

When I was 8 years old I joined the junior Red Cross and the Bird League. Hornsby Hospital Cottage caught fire and my mother made sandwiches for the firemen and I ran through the bush with the sandwiches in an Arnott’s biscuit tin to the hospital.

My father was often in hospital for a year at a time from war injuries; he was injured twice in the First World War; I got to know a lot about hospitals and long term illnesses and people on crutches. My father used to do the Anzac Day March often on crutches and join in halfway; so I was proud to carry the Australian Flag leading the Land Army for the last time at the Sydney Anzac Day march this year.

I went to the Waitara Infants School, Hornsby Public School and Hornsby Home Science School and as a boarder Stratford Church of England Girls School at Lawson in the Blue Mountains, Barker College and Oxford College in Sydney. I still have friends from that era, one a neighbour in Avalon.

I joined the Australian Women’s Land Army early in 1945 prior to commencing my General Nursing training. I trained to be a nurse at Royal North Shore Hospital of Sydney from 1945 to 1949, after graduating I travelled to England originally to skate in an Ice Show and then decided to work in Blood Bank Unit in Liverpool and then travelled throughout England, Scotland and Wales with the blood bank.

The second Nursing qualification I completed was the Tresillian Mothercraft Certificate in 1960.You had to ‘live-in’ at Tresillian Willoughby, which was a challenge with two young children but made possible with a very supportive husband. I always wanted to be a Baby Health Centre Sister so I studied mid-wifery at North Shore Hospital of Sydney as a mature aged student from 1981-1982. I offered to work in the country after my husband John died and spent 10 years in Goulburn and Bowral Districts in a career as Baby Health Centre Sister which I absolutely loved. I completed my forth certificate in 1984 became an Early Childhood Nurse Specialist.

Could you share some insights about your time in the Australian Women’s Land Army and your early nursing career?

I was sent to Griffith and then Black Mountain near Guyra, the coldest place in Australia! Even in summer it was like going into a refrigerator. I picked peas and dug and graded potatoes with frozen fingers! Living in huts was a harsh experience. One of the girls became a nanny and lived in the farm house. 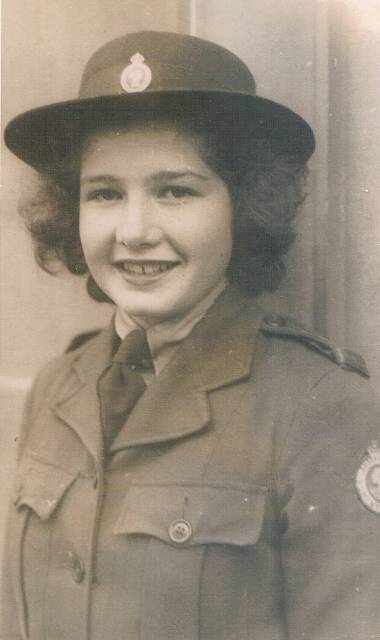 Nurses received a small salary. You had to buy your stockings, aprons, pay board and your parents helped out with extra pocket money. The camaraderie in both the Land Army and Nursing really kept you going. All the girls were very dedicated and endured a great deal of hardship.

I was fortunate to train in a wonderful hospital with dedicated staff. One of my greatest achievements was establishing the Graduate Nurses Association at Royal North Shore. When the Maternity Block was officially opened it was discovered there were no nurseries so and Mrs Edmond Collins asked if the graduates would help raise money for air conditioning to be installed in the solariums. I I am a past president and remain a staunch supporter and I often attend meetings at Royal North Shore.

The Graduate Nurses Association is still in operation and one of our biggest achievements was when a very dedicated Graduate Nurse Una Sullivan ensured that we raised money for a magnificent stained glass window for the hospital chapel designed by Philip Handel.

How did John come into your life? I know you were a pen-pal with his sister…

That is true. A relative returned to England and a girl in her family my age called Mary asked to write to me as a pen friend. Pen friends were very popular in the 1940’s. When Mary married I received a letter from Audrey Cherry a friend of Mary’s asking me to be her pen friend, she also asked me to write to her cousin Robert in the Army in India and her brother John who was in the RAF in the Middle East. John wrote to me regularly whist I was living in the Nurses Home and when I finally went to England to work, he arranged to meet me under the clock at Liverpool station it was a wonderful meeting and we were engaged within 10 days.  My poor father took a year to recover. 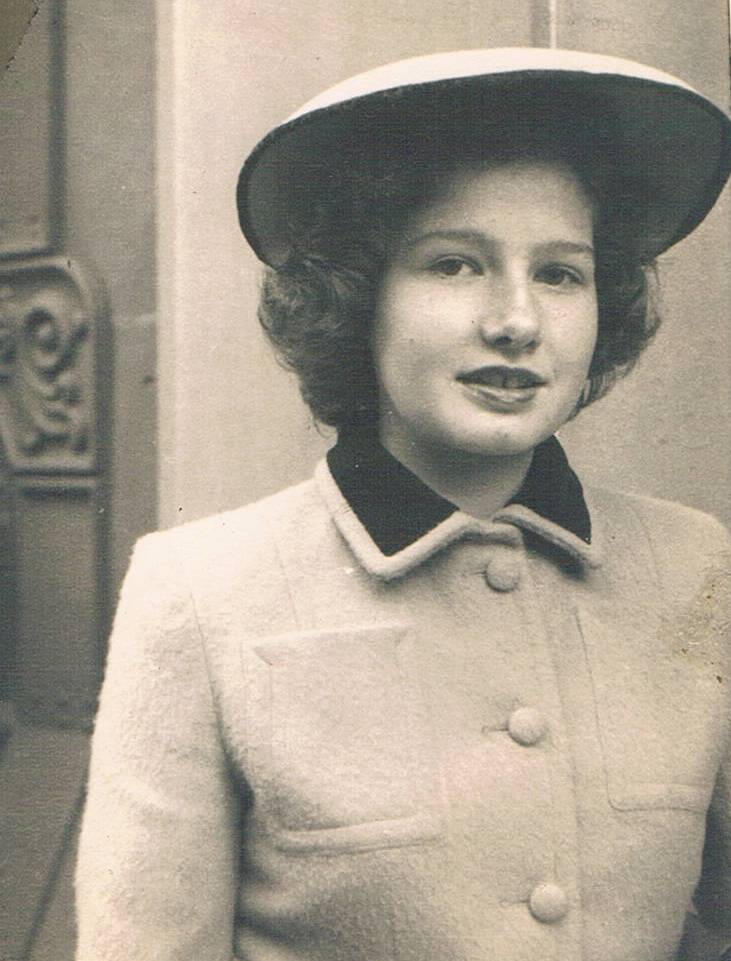 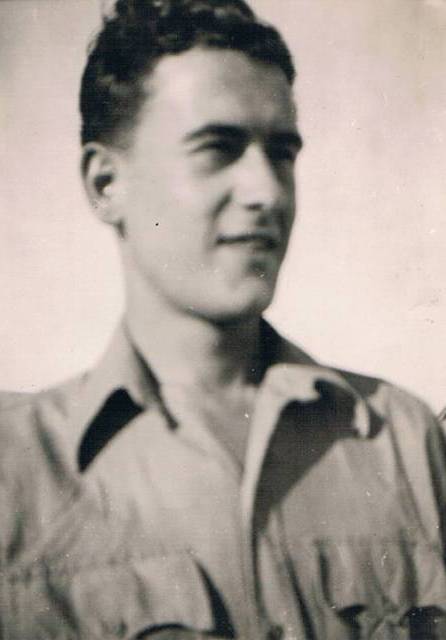 Audrey and I also became very close. John and I returned to Australia to be married, Audrey followed and remained in Australia to work for a few years. My parents were very close to John. He was popular wherever he went. One of his great achievements was Voluntary Clerk of Works on the Avalon Beach Girl Guide Hall. He died at only 45 in 1971. He was a wonderful family man and devoted to his two daughters.

He established a retail business “Avalon Fashions For Me” with Stephanie McDonald on the corner of Old Barrenjoey road and Avalon Parade in a cottage belonging to a Mrs Wickham, a very well known Avalon identity. She lived in the cottage part, which became the Post Office and General Store and Avalon Fashions. The cottage is currently the Ibizia café. 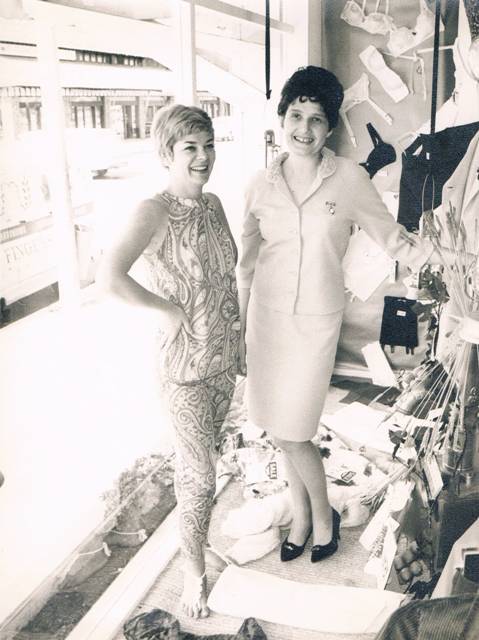 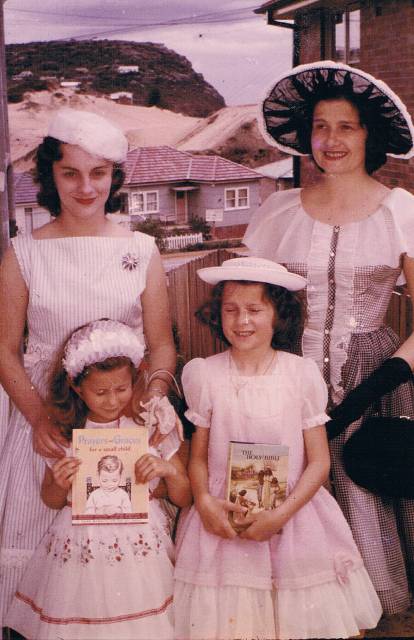 Above: Stephanie and Doreen in Avalon Fashions for Me window, April 1967  - With her daughters and friend, at her Avalon Beach home (sandhills in background)

Apart from my own family an important influence in my life since my husband died has been the Australian Women of the Year organisation which acknowledges achievement and contributions to the community. I was introduced to the organisation by Elizabeth Elscome-Schmidt a BOAC flight attendant in 1975 in Canberra and I have been attending functions for 35 years. Many of the women are some of my closest and dearest friends. It’s very humbling in lots of ways when you know what some people achieve and what sacrifices they make. The wonderful guest speakers have widened my horizons tremendously with luncheons in a different state each year. 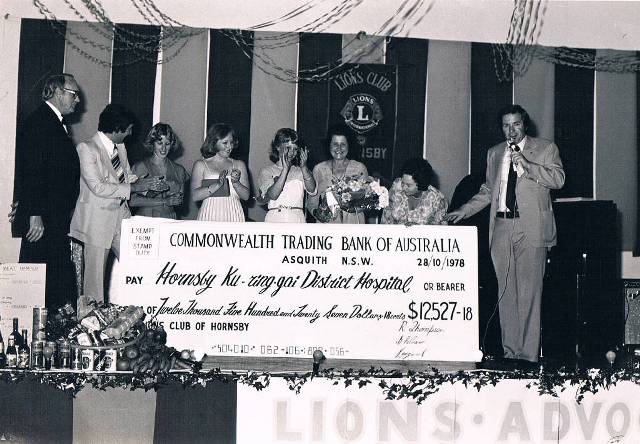 Above: Doreen (3rd from right) raised $4000.00 of this total, beside her is the lady who helped her, Mrs Veda Deaton (2nd from right), formerly of Palm Beach.

What is Look Good Feel Better about?

I enjoy many places although the Basin has been a haven for families to have a picnic, barbecue, boil a billy and swim in a safe environment. My family have also loved camping at the Basin and staying at Currawong.

And of course Avalon Beach itself; Avalon I think is one of the prettiest beaches. I never tire of walking along Avalon Beach and seating on a bench looking at the view whilst enjoying a takeaway coffee. Avalon is a very unique village and my association with the Girl Guides, forming two Avalon Girl Guide Companies with Mrs Wentworth as the Commissioner and building the Guide Hall with community effort. The council (Warringah) gave us the land, and it has been very distressing to see the Guide bulldozed recently because of neglect and the lack of leadership.

What is your favourite sport?

My passion in sport would be ice skating, which was an absolute pleasure. I was not allowed to skate when I was training to be a nurse. My father never opposed my skating, he didn’t think people should dictate what I did on my days off. I had to make sure I didn’t have any accidents. There is nothing like dancing on ice with a partner and skating backwards on the ice! 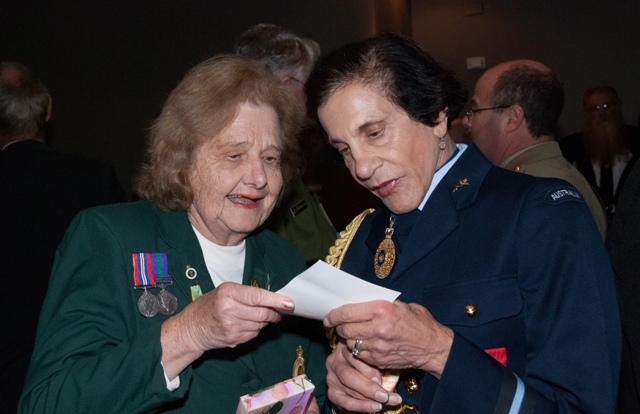 Above: Doreen with Her Excellency Governor Marie Bashir at Avalon Tattoo reception, 16th of June, 2012.
Tweet