Member for Pittwater Hon. Rob Stokes recently invited residents to a free community forum on offshore sand mining and the management of coastal erosion. The forum was organised in response to a controversial proposal by a private firm to explore for sand resources off the Sydney coast for building and construction purposes and was held at the Coastal Environment Centre at Narrabeen on Thursday 28th of February. Presenters at the forum included Sydney University Emeritus Professor and President of the Australian Coastal Society, Bruce Thom, and coastal engineer and former Chief Engineer NSW Public Works, Angus Gordon. Mr Gordon has also been General Manager at Pittwater Council and during the 1970’s undertook extensive survey’s of our offshore and underwater coastal environments.

The evening was informative with Professor Thom providing a detailed overview of Australia’s and NSW’s coastal geology and its formation so the environmental structure of our coastlines could be understood in relation to the current and future uses and needs of sand for construction and being able to go to the beach still while Angus Gordon provided an interesting insight into how much of our offshore area is reef and where sand deposits exist in New South Wales oceans. Mr Gordon was also able to table how much of these may be needed for beach nourishment in the next 100 years to ensure not only is there a beach left to stand on but all related infrastructure, from the parks and businesses behind the beach, to the pipes that run through the land beneath our feet, remain intact.  The aim of the evening was ensuring residents be better informed and able to refer to this knowledge when considering any future applications for exploration for sand mining off the NSW coasts.

Sand mining is a practice used to extract sand, mainly through an open pit. Sand is also mined from beaches, and in the past has been mined from Pittwater by North Narrabeen resident Charles Schultz during the first decade of the 1900’s and also took place at the head of McCarr’s creek on the upper reaches of the Duck Holes during the 1950’s and up until the 1970’s. Avalon’s once high sand dunes were reduced dramatically through sand mining.

Australian sand mining began in 1934 when Zircon-Rutile Ltd was formed and began operations at Byron Bay.  During the 1930s operations on the Kurnell Peninsula (Captain Cook's landing place) commenced supplying the expanding Sydney building market. This continued until 1990 with an estimate of over 70 million tonnes of sand having been removed. This site has now been reduced to a few remnant dunes and deep water-filled pits which are being filled with demolition waste from Sydney's building sites. The removal of this sand has significantly weakened the peninsula's capacity to resist storms. Ocean waves pounding against the reduced Kurnell dune system have threatened to break through to Botany Bay, especially during the storms of May and June in 1974, which also brought devastation to Sydney’s Northern Beaches (1.), and also the storms of August 1998.

Other places sand is mined in New South Wales are the Stockton sand dunes north of Newcastle and in Broken Hill. The large and long running sand mine on Stradbroke Island in Queensland is pointed to by many as a case study of the horrendous environmental consequences on a fragile sandy-soil based ecosystem of sand mining. Reports as recent as March 2012 (2) state lobbyists from sand mining firm Sibelco have used ‘grubby’ deceptions to ensure mining operations continue at Stradbroke.

Although sand mining contributes to the construction of buildings and development the negative effects of sand mining, including the permanent loss of sand in areas, as well as major habitat destruction, has State and Federal Governments, Academics, conservationists, those who live in these areas and more intelligent shareholders in sand producing companies looking for alternatives and a positive and sustainable way forward.

With the historical geomorphology presented by Prof. Thom, coupled with the extensive surveys Mr Gordon was part of during the 1970’s, companies seeking licenses to mine sand off NSW’ coasts have extensive data and a system of maps to pinpoint the most attractive options. Current State and Federal legislation requires more then five licences and their stipulations to be met in order to proceed though. Both Mr Thom and Mr Gordon acknowledged their work may aid sand mining companies but what it also does is empower all Australians to be able to consider what is best for their communities and their environment.

Whether you subscribe to Global Warming theories or not, the facts remain that we do experience storms, flooding and have since records were first kept on coastal erosion and the effects of nature events in NSW. Managing our coastlines, estuaries and tributaries must be an essential component of any coastal community’s consideration of its economic, societal and environmental future. You do not have to be an academic to notice the sand disappears and the beach with it as a result of storm surge waves. If projected sea level rises over the next hundred years manifest then all of our beaches will disappear.

To combat this, and keep our iconic beaches, Mr Gordon proposed using what is termed ‘beach nourishment’, citing data which states we have 107 million square metres of offshore material (sand) that would be suitable for this. This does not include sand deposits in seawaters classified as Commonwealth due to their distance, in nautical miles, from our coastlines.

"Beach nourishment, if undertaken on a major scale, can provide both protection for back beach assets and infrastructure while retaining the beach and dunes. The nourishment option is adaptable and can be repeated, as required. Because of the scale required for nourishment to be viable it is most suited to situations where the back beach area is densely developed with rigid structures, there is major infrastructure potentially under threat and/or the beach is a highly valued asset; public, private and/or commercial."

What’s the bottom line in money terms over these hundred years…$500 million which equates to $1.00 per annum per person in the costings presented on Thursday evening. An overseeing body, independent of Government’s that may come and go during this century, reserving our offshore assets now, establishing a funding mechanism, environmental assessments, obtaining necessary approvals and development and implementation of projects also formed part of ‘the way forward’ steps.

After a question and answer session a motion was put to the meeting and seconded for Hon. Rob Stokes to forward to Hon Chris Hatcher, Minister for Resources:

‘This Meeting is opposed to sand mining from North Head to Cape Three Points for any reason other then beach nourishment’.

As Hon. Rob Stokes stated in his Press Release Invitation to this Coastal Forum:

"The preservation of our local beaches is paramount - so it's essential nothing is done that will deliver unintended or adverse effects. Managing coastal erosion is an enormous challenge but it's increasingly important for the long term preservation of our built and natural environments.”

It is worth doing your own research and  clicking on some of the links we provide below to read the data that has been collected so far on what is under the surface of our sea. In that way you may make up your own mind what kind of legacy you wish to leave to our children.

Bruce Thom is a member of the Wentworth Group of Concerned Scientists, Emeritus Professor at the University of Sydney in Australia and President of the Australian Coastal Society. He is also former Vice Chancellor of the University of New England and former Chair of the Australian State of the Environment Committee. Professor Thom has written widely in the areas of coastal management, coastal land use planning, coastal geology, and geomorphology.

Angus D Gordon, B.E., M. Eng Sc., FIE Aust. Obtained his degree in Civil Engineering in 1970 and a Masters degree in Water and Coastal Engineering in 1973. Over the past 40 years he has undertaken projects in all States of Australia and in a number of overseas countries in the fields of coastal engineering, coastal zone management and flood management and engineering. He has served as a UN expert. He was tasked with the development of the NSW Coastal Protection Act in 1979 and has been involved, in the ensuing years, in the production of various policies and manuals. 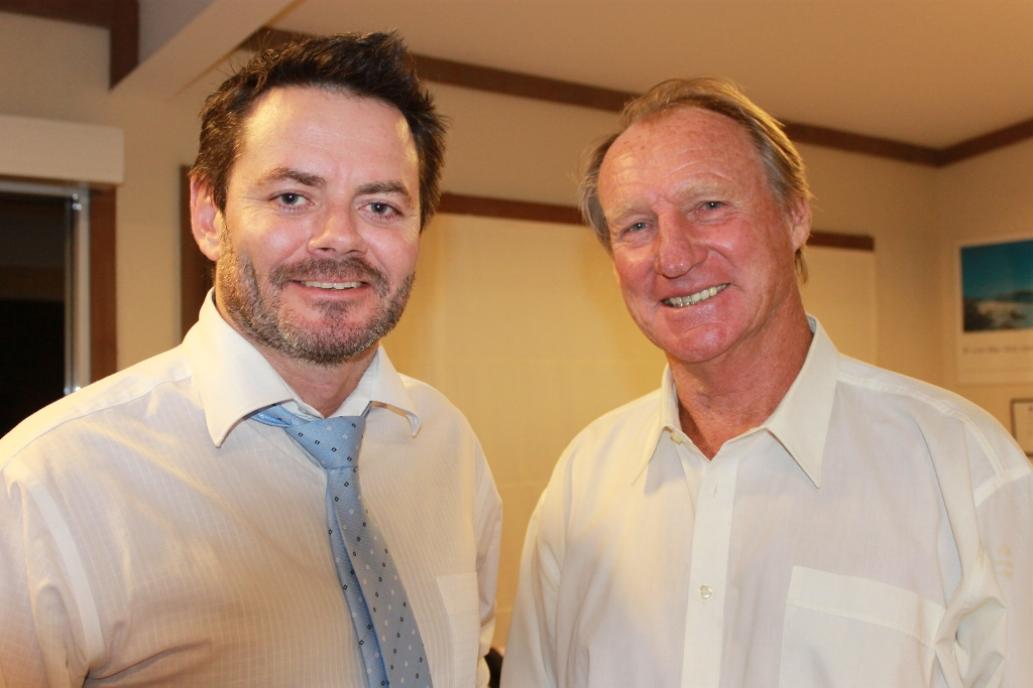 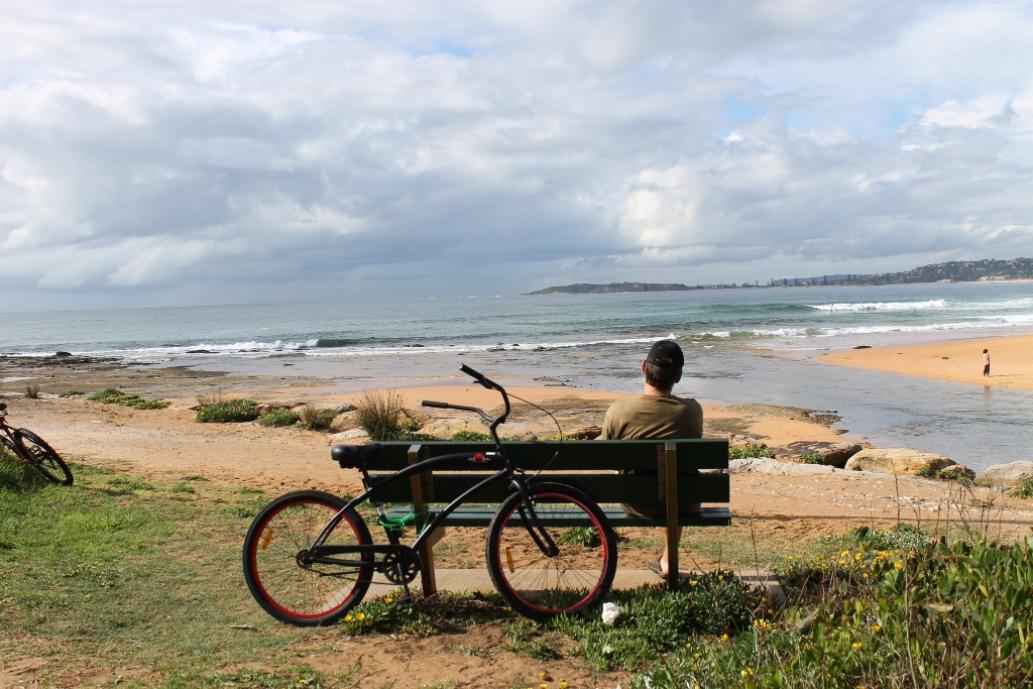