10th Anniversary of the Bush To Beach 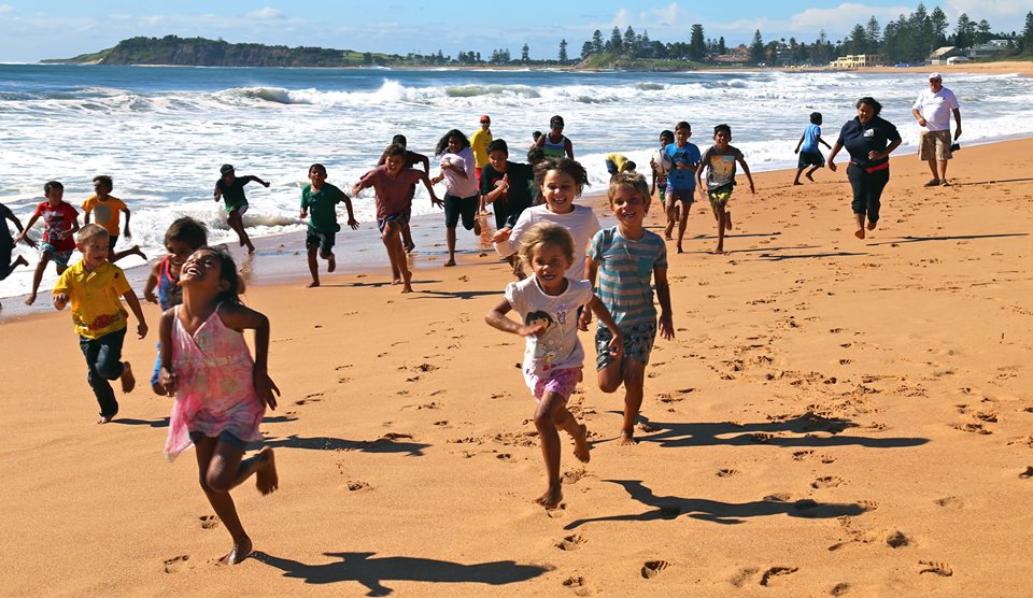 While spending a day at the beach is part and parcel of Australian culture for many coastal dwellers, 40 indigenous children and elders arrived from Brewarrina, in the far North West of New South Wales, on Friday morning to enjoy a few days beside the ocean, some for the very first time!

The Variety supported event Bush to Beach rewards these kids for school attendance with an opportunity to travel to the coast, have some fun and most importantly learn valuable life skills and gain self-esteem. While here they will learn about water safety, basic first aid and surfing. The children will return home Monday 2nd of February.

Each year the great team at South Narrabeen SLSC, supported by Manly Surf School, and a growing number of volunteers who fall in love with these children each year, make their way to one of our last remaining original northern beaches surf clubhouses to meet and do anything they can for these wonderful country guests.

A Korean lady, Northern Beaches local who, with her husband, is one of the volunteers who bring yummy food each year, made these decorations for the Friday night feast

We spoke to Beryl Driver OAM, who was there to greet the children as they arrived on Friday morning.

Jack Cannon, from Variety, who, along with South Narrabeen SLSC member Peter Clarke, initiated this annual visit to the beach for children, and South Narrabeen surf club members greeted the children this year. It was a little bit sad, and everyone had tears in their eyes as Joyce Doole, who has always done so much for the children of Brewarrina, passed away a few months ago. She will be missed by many here, and in Brewarrina – such a wonderful lady.

Her sister Francis came along this year, and hopes to do all Joyce did for the children.

What did the children do today?

Andy Cross, Jack Cannon and Ted Billet first gave the children some basic surf safety messages – the surf was too big and the beach closed, so they began with that inside the clubhouse, and also shared with them how a surf club is run. They focused on safety in the water and safety around the club. Then, because the seas were so big, we couldn’t let them go in the water, so everybody walked along to Collaroy rock pool and they all had a swim there.

Some of the older boys climbed all the rocks behind the pool and found beautiful aboriginal carvings there, which they were very excited about.

One of the carvings the boys found.

What else is planned?

Tonight they have a BBQ beside the beach, I’ll be back down there this evening. Tomorrow afternoon they’ll all be going to the Pittwater Sports Centre to learn Rock Climbing and a few other things – Elyse and I will go along to that. Saturday evening there is a big dinner that we give them, and then Sunday we’re hoping the surf will have dropped enough for them to have some time in the water. At 8am Monday morning they board the bus again for the 12 hour trip home.

Speaking of excitement – you have been awarded an OAM in the 2015 Australia Day Honours List week Beryl, congratulations – how does that feel?

Very nice, and thank you very much. They had given me advance warning and I wasn’t allowed to tell anybody until it was published on Australia Day. I half forgot about it until people started ringing! I have to go to Government House at the end of April to receive the Award – so that will be exciting, yes. Everybody has suggested I wear my Mermaid costume to Government House but I think I’ll wear a nice dress instead.

Yes, and a spiffy hat too Beryl – how did you celebrate on Australia Day, did Friendly talk you into having a drink?

Oh yes, it doesn’t take much to talk me into having a glass of champagne. I had visitors here anyway as we were going out on Pittwater to be part of the RMYC Boat Parade, and were waiting up this end of Pittwater to greet them. Unfortunately the weather and safety concerns meant that was cancelled this year, so we all ended up here, about 20 of us. My house is small though, and more people kept popping in, it was getting quite crowded. Elyse Cole, a fellow Mermaid, called and said to just bring everybody to her place. When I arrived there it was all decorated and Friendly and his wife Robyn arrived – he was pretty stoked about it all. He’s been the one behind it all apparently, along with my friends Genevieve Allan and Nicci Frederickson. So Friendly and I did crack a bottle of champagne – a really good one. I usually drink cheap bubbly but we had a really good one instead.

What is coming up for you this year – you’re going on the Variety Bash again?

Yes. It’s a Big Bash this year, it’s not until August but we’re all looking forward to it. We leave from Bass Hill and then go down through Victoria and through South Australia, across the Nullarbor – they’ve done a survey and found lots of the old dirt road across the Nullarbor – from there we’ll go to Esperance and Albany and then up to Bunbury. From there, for anybody who wants to keep on going, they’re doing a mini bash from Bunbury to Cape Leveque and Beagle Bay. That part of Australia is the only place the Bash has never done; from Perth to Broome. The Bash officially ends in Bunbury but this available at the end of that for any cars that want to go.

The whole lot comes out to 8, 399 kilometres, and we’re doing all the way. It will be one of the biggest we’ve ever done together, and my 17th.

That’s almost circumnavigating half of mainland Australia by road, or dirt road, in 26 days! Will Car 2108 last that far?

It better – I have my son well and truly working on it.

To celebrate Beryl’s OAM we rerun her Profile as a very special 200th Issue edition. 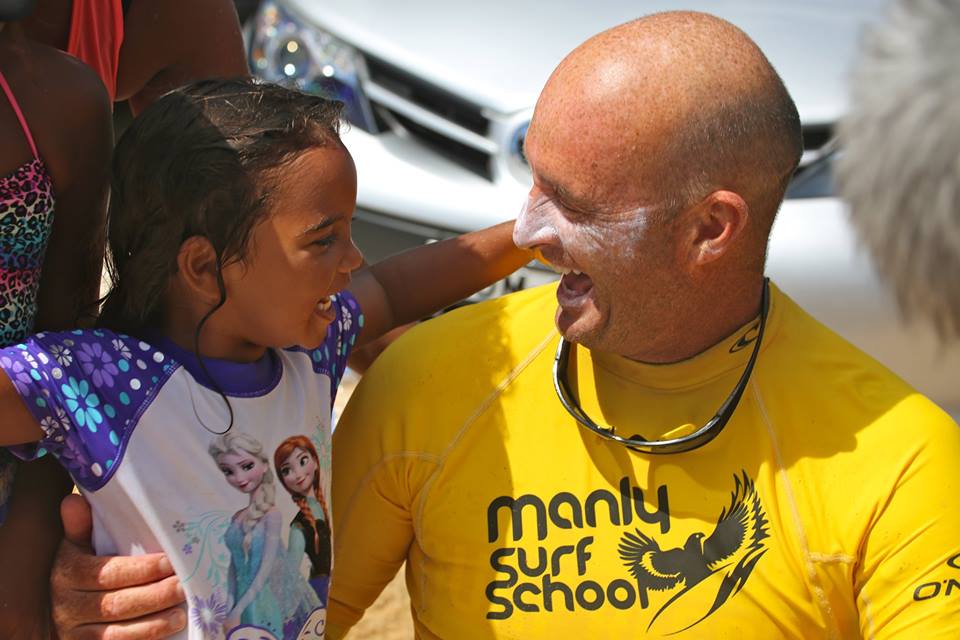 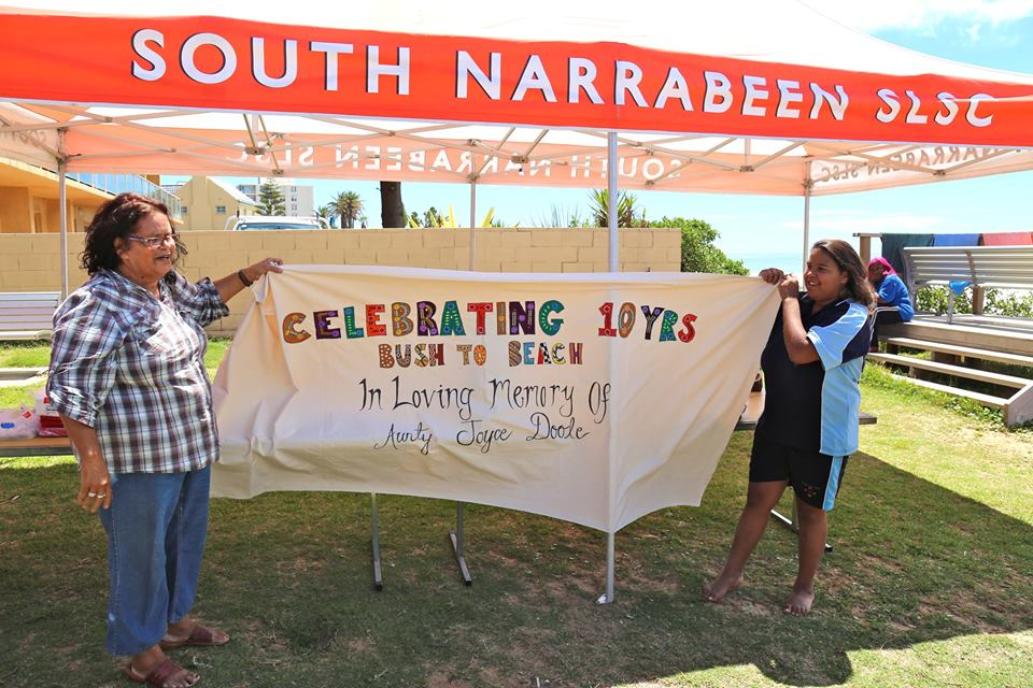