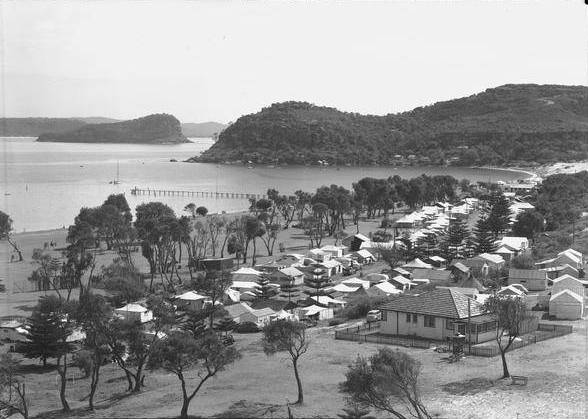 Training for the Sailability Masters Games in the Access 303:  Sydney 2009 World Masters Games, ran from October 10 to 18, 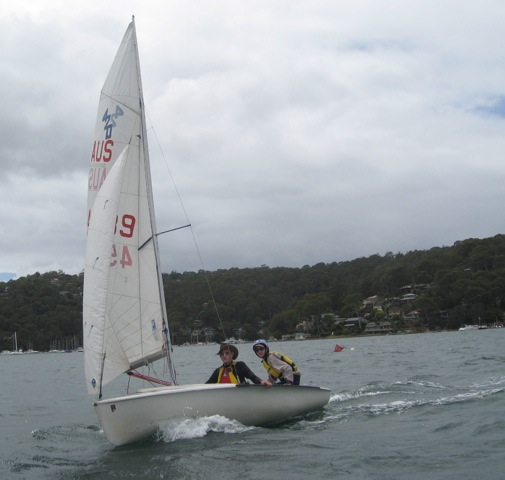 Sailing the 420 with Alyse Saxby

Bob Hamilton is a gent you immediately feel at home around. This is not just a sense of shared history or feeling and smelling breezes your parents or grandparents moved amongst, it’s an innate textual weave that encompasses what is unchanging in the Australian spirit and our ability, in sunshine or storm, to embrace life, to live everyday to the full. In such a man what echoes back also echoes forwards and is spoken best in his own saltwater, sea-breeze, green earth and jazzy voice…

My love of Pittwater started with summers spent with the Ingman family at Palm Beach during the early fifties. Koalas sat in the trees in clear view and we were often woken by their mating burp sound. Alas they are now gone. We surfed and sailed every summer there until 1957 when I started University and worked every holidays to pay my way. Palm Beach was an idyllic place in the Fifties, and little has changed up to now. The caravan park next to the golf course has gone, but day trippers still come on the bus to Palmie. It remains a superb beach as it caters to all levels of ability. As kids we surfed kiddie’s corner at the south end. We felt very brave venturing to North Palm Beach as we got older.  I remember being terrified of the enormous surfboards being ridden by impressive men. These boards used to spear up into the sky when dumped and return to demolish whoever was below. They would arrive on the beach unmanned awaiting the rider who had to body surf in to retrieve it.

My early sailing was in a VJ out of Avalon Sailing Club. We spent nearly as much time righting the boat as sailing it. The VJ (Vaucluse Junior) was one of the few boats that could plane to windward then. We hiked on wooden planks that slid under cables on the deck to the needed side. The cables were covered by hose to protect the wood, but a fair few wood splinters went into us as we slid up and down. I remember being fully hiked and seeing only the centreboard and rudder being in the water. We were truly flying.

After graduating in 1965 I worked as a scientific advisor to clients in the Turkey and Duck industry. At the same time I was running my own farm out of Quirindi. There was no time for the beach. My two clients were taken over by Tegels in 1971, and 18% interest had knocked the gloss off farming. I retrained as a Science teacher in 1972 and miraculously was appointed to Pittwater High School.

The sport that needed a teacher was sailing, so I became part of the team that was headed by two complete water rats, Wal Wardle and Allan Jones. The school was famous for having its own racing yacht, the Yachting World Diamond “Kalori”. This yacht was built in the school canteen by Wal and helpers and was available to the best sailors to race out of RPAYC. Quite a number of these sailors have gone on to be great sailors. The boat was campaigned in every available regatta including holidays. We also ran a school pointscore series on Wednesday afternoons as well as beginners sailing out of BYRA. We fielded strong teams for Combined High School events and teams racing. Allan Jones and his wife Janice towed Kalori for State and National championships and the sailing kids camped in the caravan annex. This was in school holidays and long weekends. During this time I restored the Fife 6 metre yacht “Sjo Ro” helped by the legendary boat builder Jeff Clist and regularly raced with Hal Harpur’s band of wooden boaties.

There were many memorable events in sailing over this period. We used to sail Kalori to both Sydney and Lake Macquarie for regattas. The boat was filled fore and aft with buoyancy foam so was practically unsinkable. Diamonds are incredibly fast in the right conditions. I remember one delivery trip to Sydney in a strong Nor Easter when we went head to head in under 1 hour (ie better than 16 knots). We did a trip to Lake Macquarie one night leaving one hour after the Prince Alfred fleet start. The idea was to follow the fleet up to the Lake. There was a 25 knot south easterly blowing, so the diamond planed like crazy up round Cape Three Points and headed for the Lake. The breeze swung to the South and freshened, so we dropped the main. The wind increased up to 40 knots plus so the diamond flew. Two hours after we left we caught the fleet. The jib furler won't work in that weight of breeze so we went past them doing 20knots or more. So our plan to follow the fleet was dashed. We took bearings off Norah Head and Nobbies at 10 minute intervals using a Gregory’s road map as a chart. We turned left and charged into the lake entrance scared to death but safe. Our time from Barrenjoey to the entrance was under 4 hours.

In 1983 I was transferred to Melville High school which was a brand new School as its first Agriculture teacher. I (very foolishly) sold my home at Avalon and bought a farm on The Macleay River near Kempsey. I resigned from teaching to establish the farm and spent time with my two very young girls. When the financial stupidity of this act sunk in, I retrained as an Industrial Arts teacher. My first appointment was at Balgowlah Boys High before returning to the bush at Leeton High School for two years.

Another miracle then occurred.  Allan Jones had become Head Teacher Industrial Arts at Hunters Hill High and needed an Industrial Arts teacher. So it was back into sailing again for 10 years at that school. I was able to buy a house at Church Point. The classic yacht Mistral IV was purchased, and many a race was sailed with Woody Point Yacht Club and the Wooden Boat Association. I joined the crew of Cantina raced by Nick Crombie and more recently co-owner Roger Pratt. This has always been the boat to beat in Division 3 at RPAYC. 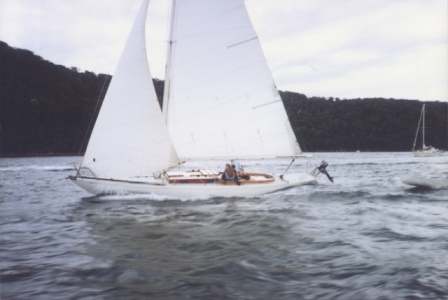 Cantina is a Young 8.8 metre yacht and although too heavy to plane, it is a different matter offshore when reaching or running. I can remember surfing waves at 14 knots on several occasions. The crew has been together a long time and it was with great pleasure and surprise that we got the season's Gun Boat Award for Division 3 for the most line honours wins. The owners have kept the gear in top shape, and we crew get the pleasure of sailing a first class boat to its best.

Allan Jones retired from teaching and put in a huge effort to build up Pittwater Sailability with wife Janice supporting the effort. I was soon sucked in to this effort. It has grown into one of the foremost Sailability clubs in the country giving sailing experience to hundreds of disabled people over the years. The club now has an excellent shed in the council compound at Winnermerrery Bay and a splendid team of dedicated volunteers led by Malcolm Murray. We provide recreational sailing for the disabled in Access 303 dinghies every second Wednesday and Saturday during the sailing season.

The club also supports racing for disabled sailors and has been instrumental in helping a number of such sailors to become world champions. Allan Jones is heading this effort with a lot of support from RPAYC. Lindsay Dalmon and Maria Dalmon have represented Australia in the servo division of the Liberty class and won. Greg Hyde is the current world champion in Liberties. I was lucky enough to be sailing partner for Alyse Saxby when we won gold at the special Olympics in Greece 2011 sailing a 420.

We ran a 2.4 metre regatta on Pittwater in the June long weekend to support Greg Hyde in his bid to represent Australia at the Paralympics in that class in 2006. Greg was a clear winner of that regatta. Allan and volunteers provide training opportunities for competitive sailing on Tuesdays.

My favourite place in Pittwater is Mona Vale beach. There is a reliable break on “suck rock” just south of the pool where me and my body board have a ball. I loved taking my kids to the Basin in Kuringai National Park. They could swim safely in the netted inlet, and we could walk the bush tracks at will. The birdlife is wonderful at our home. With our weedy rampant garden we have retained blue wrens and Whip birds. We are visited regularly by Rainbow and Scaly Breasted lorikeets, Rosellas, King Parrots, Aussie noisy minors, Corellas and Sulphur Crested cockatoos. Up the back is bush with Swamp wallabies, brush turkeys and Lyre birds. Possums (ring tailed and brush tailed) as well as bandicoots are regular visitors.

One of my lifelong passions has been the performing arts, particularly music. I have joined the band of every school I have been in since 1972. At Pittwater High, Hunters Hill High and St Ives High I was very involved in presenting variety concerts featuring talented students from any performing art. I started the first Jazz band at Pittwater High and that band was the first jazz band to play in the Opera House Concert Hall. The occasion was the City of Sydney Eisteddfod and featured a highly talented group of young musicians. James Morrison led that band. I continue my passion for performed music by playing in the Mona Vale community band, the Monatones, as well as a smaller dance band, Village Jazz.

When I have time, I will start on the garden. My wife says “when?”