When they passed between Auckland’s North Head and the leading lights at Rangitoto Channel at 9:12:43NZT this morning, the six-man crew on the giant multihull from Sydney nicknamed ‘Big Bird’ set a new world speed passage record from Sydney to Auckland.

Once verified by the World Sailing Speed Record Council, it will be Team Australia’s second speed record in eight months having slayed the previous fastest time for the passage from Sydney to Hobart back in February.

“We had perfect conditions, essentially we beam reached on port to the tip of NZ, gybed, parked for a couple of hours then beam reached on starboard to the finish, a scenario that is basically unheard of.

“I reckon this record could stand for many years,” said the delighted skipper just before the champagne corks started popping. “The crew hasn’t had a big hug yet, we got 20 knots on us at the finish, had to furl sails, work out a tow in and then it started to rain…there was too much going on,” he added.

“We hit what we think was another fish 30 miles offshore half way down the coast doing 25 knots. The boat went into an involuntary gybe when the rudder popped up and very quickly it was all hands on deck. It was then I declared fish are not my friends.”

The Orma 60 was carrying some damage from the first afternoon out of Sydney. Langman reckoned they hit a shark which crushed the starboard foil chocks, causing the boat to nosedive at high speed.

He said repairs will be made, with the boat still in the water, in time for next Friday’s PIC Insurance Brokers Coastal Classic.

Forty knots of puff on the first night had moderated to the thirties on the second night. By the third night Team Australia was in the doldrums at the centre of an inconveniently parked high pressure cell. With the help of meteorologist Roger Badham working overtime back in Australia the shackles were quickly cast off. The crew produced some special magic overnight, finding enough breeze offshore to be two hours ahead of the model at daybreak.

For the one Kiwi crewman aboard, Josh Alexander, coming into Auckland was sentimental though his immediate family live elsewhere these days.

“It’s good to see the place where I grew up sailing and where my passion for the sport stemmed from. I keep thinking to when, as a kid, I watched Peter Blake in the Whitbread and saying ‘one day that’s me’. It was emotional sailing in this morning for sure.

“I remember Martin Tasker interviewing me prior to leaving Auckland for the 2001/2 Volvo Ocean Race and telling him I was scared. I had almost the same feeling before leaving on this record, for different reasons; we had to keep two family members, Sean and Pete, safe and I was conscious of keeping the mast pointing to the sky!”

A much-awaited retrial between Team Australia and Simon Hull’s near identical Team Vodafone is shaping up to be one of the Coastal Classic highlights.

Team Australia’s racing team has other South Pacific records in their sights and will join most of the best-known Australian East Coast regattas and races over the summer.

Team Australia is the ORMA 60 owned by Sean Langman and the name of its racing team. Weighs in at 5.6 tons and 60 feet in length and breadth.

Description: The radical multihull recently set a new elapsed time of 29 hours 52 minutes and 23 seconds for the famous stretch of water between Sydney and Hobart. This time is about to be sanctioned by the World Sailing Speed Record Council.

Over 630 nautical miles they averaged 21 knots and reached a top speed of 39.6 knots.

The former French-owned trimaran was in her former life raced hard repeatedly across the North Atlantic and won the doublehanded Transat Jacques Vabre from northern France to Brazil. 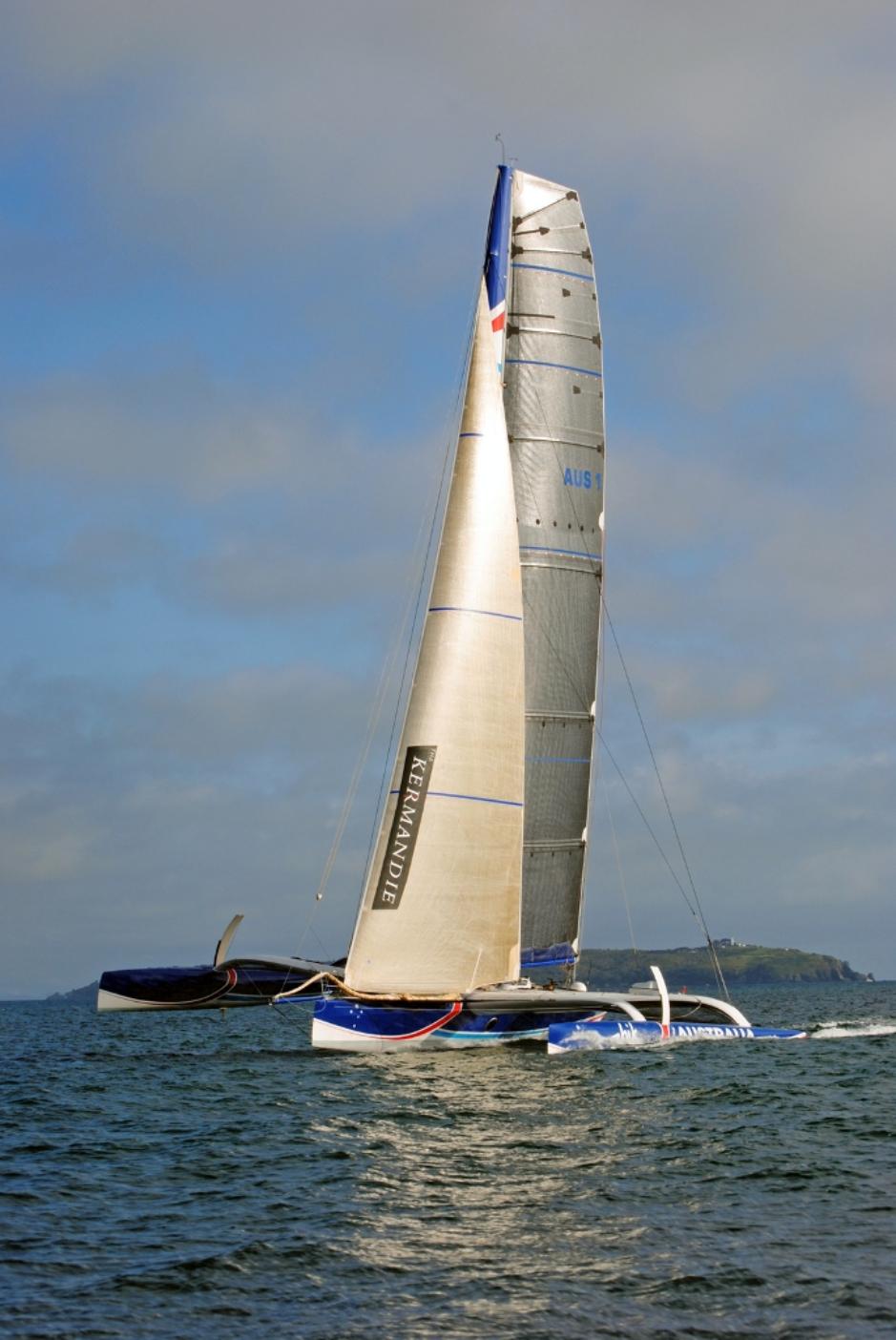 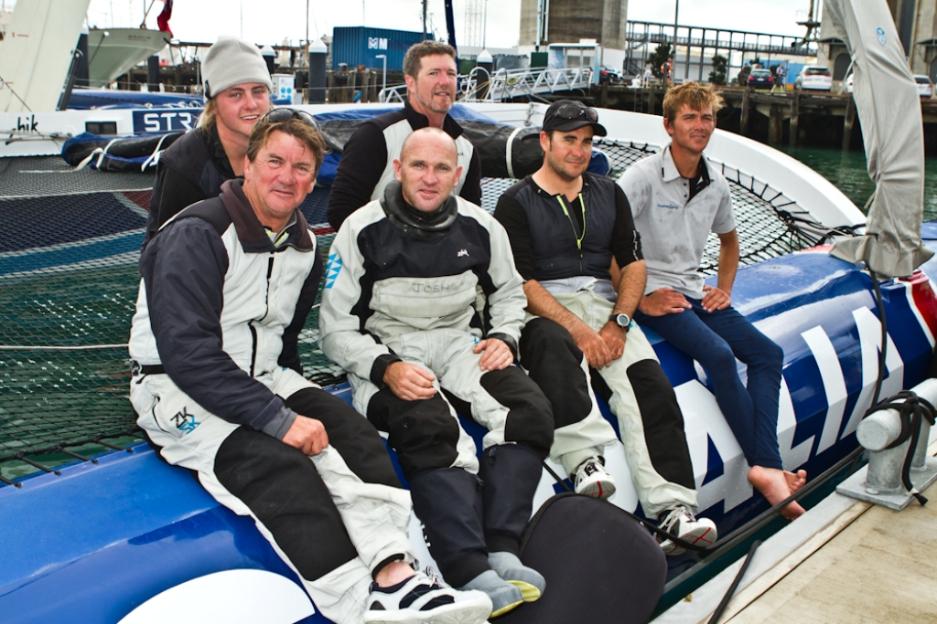