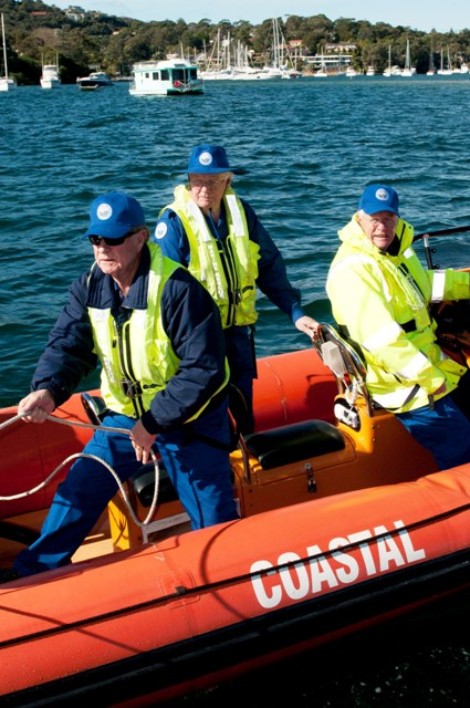 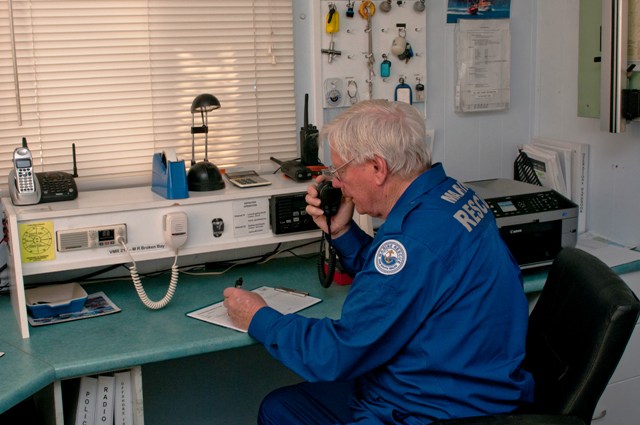 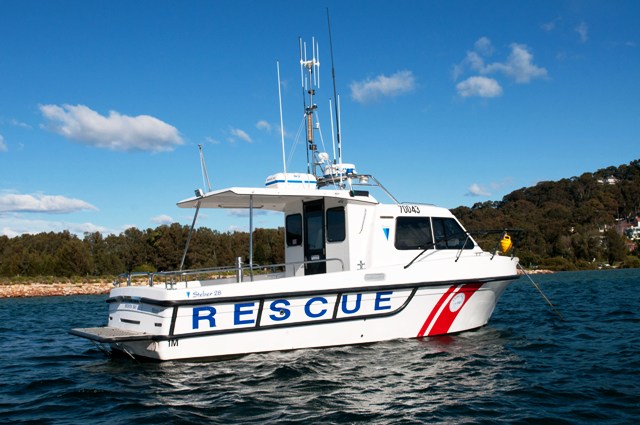 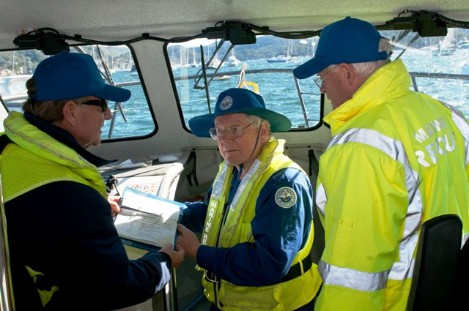 All Photographs this page Copyright 2011 by Michael Mannington of Volunteer Photography.Org. All Rights Reserved.

On the only calm clear morning this week a visit to Broken Bay Marine Rescue on their Maintenance Wednesday was an opportunity to not only meet some of those who give their energy, skills and time to keep others safe but also an insight into the duties and history of this Organisation .

Some Statistics: 70% of all Search and Rescue on the water is performed by Marine Rescue NSW, a 100% voluntary organisation. 10% of their annual costs come from the State Government. There is, currently, no grants or funds from the Federal Government. Since 1824, the Godfather of all Marine Rescue, the British Royal National Lifeboat Institution has saved more then 139 000 lives. Australia’s counterpart, now called Marine Rescue, is part of this legacy with our local Broken Bay Marine Rescue having come to the assistance of 955 people since 2007.

The Broken Bay Division has 123 people within its Organisation who are split into various Duties and Watches. It costs around 40 thousand dollars a year to run the BBMR Division, 10% of this comes from the State Government, the rest has to be raised from donations. Around eight thousand dollars a year is spent maintaining the engines of the vessels. BBMR’s Division needs a new RBI (Rigid Inflatable Boat), used primarily for speed of response, and a 38ft Steber, which can go offshore. During winter the Unit is called out an average of five times a week to rescue those in distress. At Christmas time this becomes 40-50 rescues.

The motto for all Marine Rescue is ‘Safety Of Life At Sea’ (SOLAS).

Alan Turner-Morris: This (SOLAS) has a wide range of meanings; one of the main ones is for Marine Rescue to promote Marine Safety Courses, if we do that well enough then we don’t have to assist anybody because the educational level is high. We offer Marine Safety Courses, we offer an offshore tracking system for those leaving the harbours and coming back and Broken Bay offers a rescuing service when people break down and are in jeopardy.

Victor Lawrence: The classes are limited to a maximum of twelve so we may give a good tuition. Over a year close to 100 people from the public attend and complete these courses.

The major course is the Boat Licence Course which is run over two weekends; the second part of this is training on the water in the BBMR vessels so that students can fulfil their supervised driving and boat handling skills requirements. They are then competent to get a Boat Licence and also learn more about what sort of boat they may like to get by handling a variety of boats. There are two parts to this Course, theory and a theory examination and then being issued a Log Book with a list of competencies all those wanting a Boat Licence must be trained in. We offer a full day course where we take them right through the whole process. It’s a major asset for the public to have access to such a Course. It is fortunate that in Broken Bay every Navigation mark is available for novices to learn from; cardinal marks, lateral marks, isolated danger marks so people may actually experience the hazards associated with boating and learn how to negotiate them. Overhead powerlines and submarine cables for example (you don’t want to catch a submarine cable with your anchor).

Teaching navigation; what does that involve?

Victor Lawrence: I teach navigation; we can train people with no boating experience whatsoever; we take them from novices right through to the more experienced level. Part of that is teaching Coastal Navigation and Meteorology. Coastal navigation can be anything from understanding what a Chart is telling you, right through to knowing how to correct your position according to the tide and time, and actually getting to understand the information so you can get to your destination. It also takes into account fuel usage on a vessel and endurance so you can actually complete the voyage.

Meteorology is understanding the weather; so understanding what the weather forecast is actually telling you and what the conditions are that you can actually expect when you’re out on the water. We also do a whole range of the things such as Fire fighting, First Aid, every Member here must have a Senior First Aid Certificate. They will get through fire fighting, and that’s particularly related to fighting fires on vessels. We then put them through a Seamanship Course; they do everything from tying knots to understanding what happens with, for example, a right handed propeller and what happens when you engage it, how it moves the vessel and this sort of thing. The various lines that you need to use; bow, stern and spring lines and their uses.

We also put them through a Sea Survival Course which is in the event that you do end up in the water and this involves the sort of things that you should be doing; that you can actually get in and out of a life-raft, also they need to be able to swim fully clothed and with a life-vest. This is a variation between breast-stroke and dog paddle. You see the lifejacket is blown up and under your chin so you have to learn how to swim while wearing it.

It usually takes a new member around 18 months to get through all the Training. The other one we put them through is the MROCP; the Marine Radio Operators Certificate of Proficiency, which gives them a licence to operate the VHF and UHF radios which you need to be licensed to operate because once you get into VHF, MF you’re dealing with Professional Maritime people over the radio; this involves the Protocols, the language. So, for somebody who wanted to learn a little bit about boating you certainly need to learn a hell of a lot.

Then we go into the Search and Rescue area. We train people in the actual Search Patterns that are used. Depending on the circumstances there are very different Search Patterns that you use for different intelligence; how good is the information, where the vessel is; so depending on how that information is there is a different search pattern that we use. So by the time everybody’s been through that and proven their competence, because all the training is competence based training, then you end up with these things (points to three bars on shoulder).
The three bars here indicate a Skipper Master and Skipper Level 3 which is the highest level we have in terms of Skipper. We also have a level 2 and a Level 1. This relates to not only your knowledge but the size of the vessel you can command and how far offshore you can go.

There averages (in winter) around two calls every weekend. Over the Summer months or during the boating season, from October through to the end of March we could have anything up to four or five a weekend. That’s without the callouts during the week.

We’re tasked by the NSW Water Police. So if they need assistance or if they don’t have a boat available they will call us. At the present time we (Marine Rescue) does 70% of all Search and Rescue for NSW simply because the Police have other duties; they focus on law enforcement and prevention of crime.

Our Watch comes on duty on Friday morning at 6.30am and we’re on duty until Sunday evening. Every Wednesday we spend the whole day on maintenance.

There are also a lot of other duties members perform as functions within the Organisation as well; I’m also Unit Commander; I retired because I was sick of worrying over staff budgets etc. and now I do that seven days a week; there’s a couple of hours I do every day, there’s always something I’m doing for Marine Rescue; Admin type stuff for the Unit, attending meetings.

What is the main reason people are getting into difficulties?

The vast majority of problems we go out for is that they’ve run out of fuel, or they’ve got a flat battery.

So they’re using you as a kind of NRMA of the waterways?

Men: yes, and they don’t always give you a donation.

Don’t you hand them a bill?

No. Our role is just to get them safe. As soon as we’ve put them back safely into a wharf we let them know that we’re solely volunteers and we let them know it’s cost us this amount of dollars and any donation you can make is appreciated and we’re grateful for it.
Alan: People think because we’re wearing blue uniforms we’re employed by the Police or part of that Organisations and don’t realise we’re 100% voluntary.