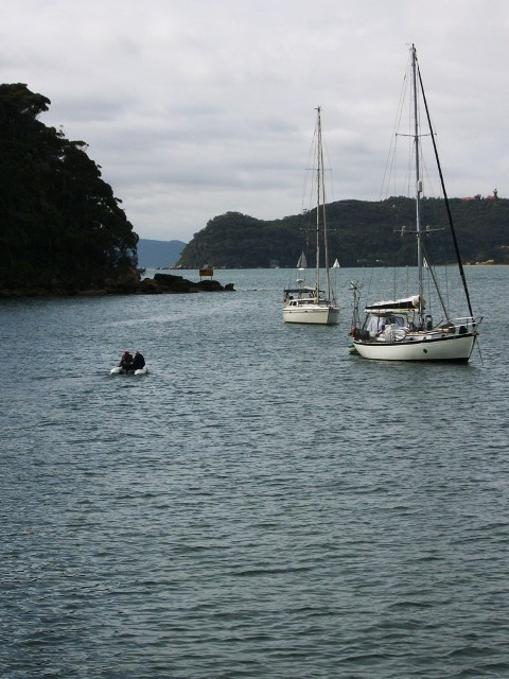 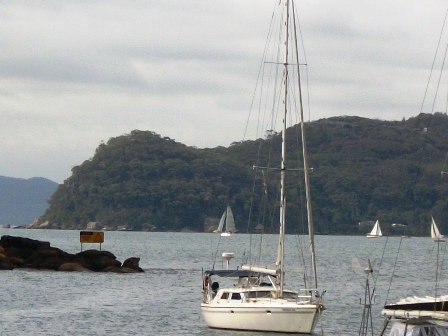 Mr ROB STOKES (Pittwater—Parliamentary Secretary) [14/9/2011; 7.19 p.m.]: I inform the House of the proud heritage and exciting future of Avalon Sailing Club, at idyllic Clareville and adjacent to the aptly named Paradise Beach on the sylvan and sublime Pittwater, named by Arthur Phillip in honour of the British Prime Minister. Phillip marvelled at this incredible waterway as being "the finest body of water I ever saw". What an extraordinary exclamation from a senior naval officer who had seen so much of the ocean and its shores. And what an amazing endorsement of the Pittwater and our need to protect it, preserve it, and enjoy it. And enjoying the Pittwater is a big part of what the Avalon Sailing Club is all about. Since 1938 it has been teaching children and adults how to sail. It has been refining top sailors such as Harold Vaughan, Grant Simmer, Phil Bate, Tony Bellingham, Glen Attrill and James and Katie Spithill. And more than all of this, it has been bonding families, creating happy memories, and building a resilient and confident community. And it is open to all.

While the clubhouse, a classic weatherboard building built in the late 1950s, is on a site worth millions, and while the view across to the western foreshores—which remain virtually unchanged since they were home to the Garigal people—is timeless, and while the value of the experiences of members is priceless, anyone can join the club. Prince or pauper, old or young, anyone can be a part of it. How uniquely Australian and how precious it is that our coast, our waterways and Avalon Sailing Club are open to everybody. A sport that in other nations is often a symbol of wealth and exclusion, in little Avalon it is a sport for the people—no ceremony, no nonsense, no airs and graces, no fuss, a simple place but a rich heritage.

After James Stokes started making boats at Clareville in the 1840s the area became popular with sailors, first commercial, then commuters, and then recreational. By the 1920s Clareville wharf had been built just next to where the clubhouse now stands. In the 1930s the Vaughan family, with three young boys, decided to build some VJs—Vaucluse junior sailing boats, specially designed to be built at home—and before long the Vaughan family had established a sailing course between Taylors Point, Paradise Beach, and Longnose Point off Clareville. Other families joined in, such as the O'Connors and notable Pittwater families such as the Lingards and the Brogans. Despite some early setbacks, such as the closure of the nascent club by the ever-vigilant Royal Australian Navy, which was concerned about accidentally hitting dinghies with torpedoes from its Clareville base during the war, the club prospered.

By the late fifties, following the intervention of Sir Robert Askin in securing the site, a clubhouse was officially opened by no lesser a personage than Admiral Buchanan, CBE, DSO, aide-de-camp to both George VI and the present Queen. The club has continued to grow and prosper. Young sailors have grown into men and women whose children and grandchildren are now sailors—building on a wonderful heritage of family, competition, salt air, sparkling waters and freedom. After so much use, the clubhouse, a rustically beautiful building supported by many stories and memories, is also pretty tired out. More recent commodores and executive members such as David Lyall, PSM, Brett Stapleton, Ross Trembath and Richard Rasdall, have developed a modest, sympathetic and practical plan to enhance the club's facilities to breathe new life into the building and its wharf.

I was delighted to be able to support a grant of $75,000 under the Community Building Partnership program to help realise these renovations, and was honoured to officially open the new pontoon last Sunday. I look forward to helping the club as it continues its renovations to make the Avalon Sailing Club an even better asset for our community. It is no wonder that Iain Murray, AM, is such a proud patron. I also applaud former commodore Norm Field for his excellent history of the Avalon Sailing Club between 1932 and 1963, and I look forward to the next chapter in the story of this wonderful community club.

Kind permission to reproduce this eloquence comes from Hon. Rob Stokes Pittwater Office. The Original may be seen at; http://www.parliament.nsw.gov.au/prod/PARLMENT/hansArt.nsf/V3Key/LA20110914039?open&refNavID=HA8_1