For several years we have listened to the gentlemen from Avalon Beach RSL Fishing Club of a Friday evening as they share amusing stories in between calling out the numbers for winners in their weekly meat raffle.

A few weeks ago, on attending their monthly weigh-in on a competition weekend, one fisherman shared the insight that there is always good fishing after a Southerly has blown through bringing a good swell. Strong winds bring lots of good currents for keen fishers.
Some also advised that this Summer’s incidents of more sharks closer to shore, as they chase schools of fish, is another indication of what currents are running and how fish-rich they may be. 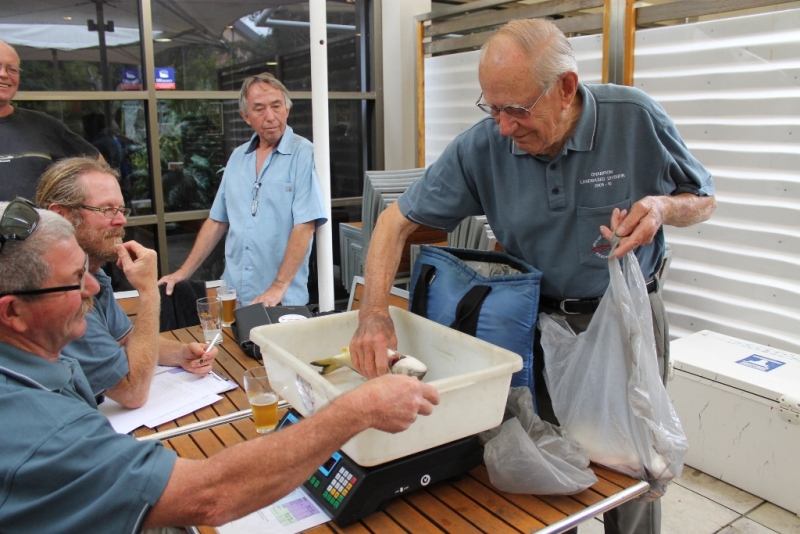 When asked how do you know where the type of fish you want to catch may be.. the advice was to look at what other fish eat…fish eat fish mostly, and although  each do have a season where they will be more of their kind around, you still have to educate yourself on tides, fish kinds and their diets, seasonal fish prevalence and what salt airs are running.

The weigh in reinforced the fun and serious aspects of a fishing club; those attending with their catch are allowed only five fish per weigh in for a weight measurement and only one for their ‘biggest fish’ caught. All fish must be regulation length and size as per NSW laws. All try and catch what kind if fish is the ‘cup’ fish for that month…in January it is the Whiting Cup. 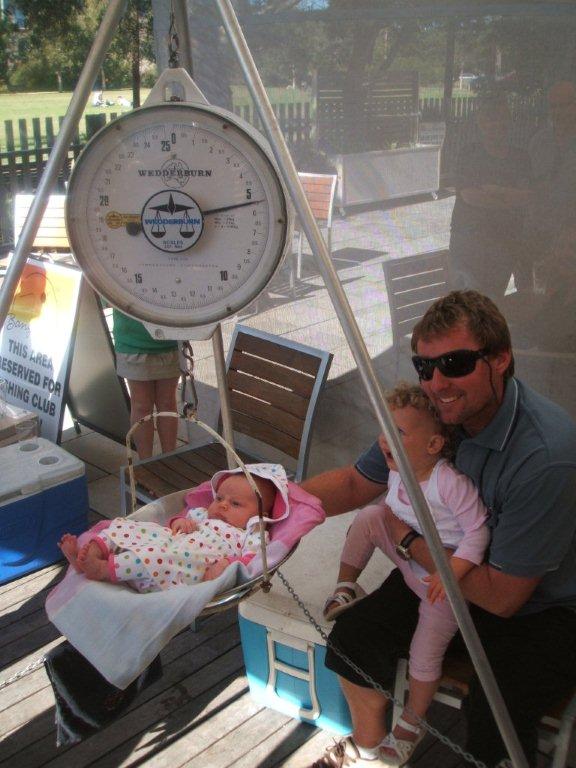 The largest fish on this particular afternoon was an 8.8kg Silver Drummer caught by Robert Deane off the rocks at Avalon.

“Deane rules Avalon rocks, has for decades…” was the quietly  spoken insight from at least three fellow fishers.

As the Sunday afternoon mellowed, and Paul ‘chef’ BBQ’d some lunch for all, comments overheard from elder fishermen like “Plenty of worms at Newport…” or “Nice swell running…” in between sips of beers and lady fishers sharing small insights on fishing since young with family, reinforced what a fishing club is all about…fun, fish, and laid back appreciators of our great outdoors. You get time to exhale when fishing, you get time to see the waters ebb and flow.

Our Profile to open our salt air month is the oldest fishing club in Pittwater, who

have helped other fishing clubs here set up their own structures from the work they did 30 years ago to commence, the Avalon Beach RSL Fishing Club. Huge thanks to James Lloyd, Publicity Officer, and founding members Ian Squire (Squiggles), Mark Boyle (longest serving member), Bobby White, Steve Fairban and current president, Daniel Elliott for all their help with this page. James to right:

Avalon Beach RSL Fishing Club is a social fishing club that gets together once a month to share their love of seafood and to tell stories of their endeavours to collect it. Fishing begins each month on the third Friday at 5pm. Members can fish anytime during the weekend from rock or beach, estuary or deep sea (no wider than the FAD's) but must have their eskies in the 'ring' before 2.30pm on the Sunday or their catch will be disqualified. Club size limits are often larger than fisheries and bag limits smaller. Each month has a different targeted cup fish, whiting being Januarys target with the largest whiting weighed taking home the cup.

The first of the larger events occurs in September when a 3-way competition takes place between Narrabeen RSL FC and Newport Arms Hotel FC each club taking turns to host the weigh-in and BBQ. November sees one or two teams from our club sent away to the beautiful Nelson's Bay to contest a trailer boat and land based fishing competition. The Christmas party is a highlight which is held at the December weigh-in and the prawns and oysters alone are worth the value of the membership and a good time is had by all, Santa always popping in with gifts to the delight of the juniors and adults alike.

A Country Division is held in the cooler months and is not for the softer types with rough camping and 4WD access to a fly fishing river in the mountains. The annual Awards Night is held in July and is always a great social event. Dinner and entertainment is provided and the awards are presented.

Family memberships are encouraged with the price for a family being only a few dollars more than an individual membership.

At what age does a junior member become an adult member?
18

What is the most unusual fish a member has caught during the history of the  club? 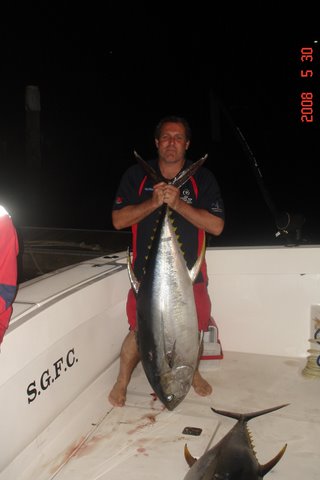 One of the most unusual fish caught was a 1kg flutemouth caught by Brian Wagstaff in 1988. The fish was over a metre, the head alone was around 30cm long which was dried and kept by Ian Squires until it perished only a few years ago.

What is the record of the biggest fish ever caught ?

Please share two or three of the most memorable fish stories from any season;

A few years back member Ferri Hudijono was fishing from a local wharf when he momentarily left his rod unattended. He noticed a heavy strike but before he could scramble to save the rod it had disappeared into the bay. Dejected he packed up his bait & tackle and went home. The next morning he returned to the same wharf with another rod & cast his line out next to another fisherman already there. Shortly afterwards the fisherman next to him hooked a fish that seemed to be very heavy. As he got the fish close to the wharf they noticed that the line was hooked to another line in the water & that it was indeed the line attached to Ferri’s rod from the day before. They managed to get Ferri’s rod untangled from the other line and Ferri proceeded to pull in a massive flathead that he had hooked the day before and went on the win the flathead cup that month. 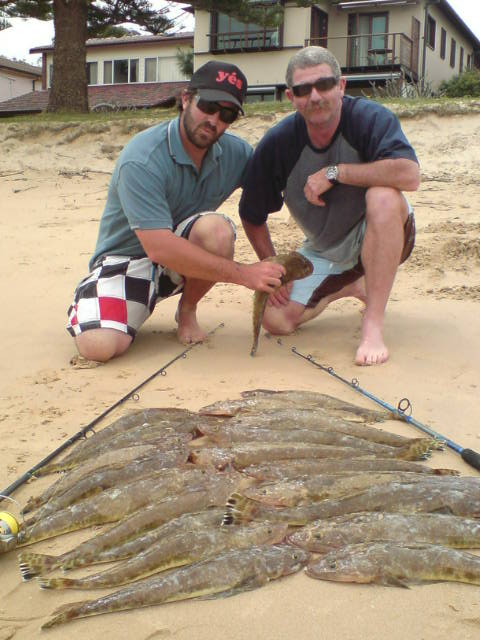 Josef Pichler, on very light line, worked hard for over an hour to land a big kingfish in Pittwater a few years back. After cleaning it he leant over the side of the boat to wash the remaining muck off the fish in the water when it slipped from his grasp and like a torpedo headed straight down into the depths. Without a second’s hesitation, and with his phone and wallet in his pocket, he dived after the fish and disappeared to the astonishment of his fishing partner. The partner waited anxiously for what seemed like minutes until Josef emerged from the sea triumphantly with the fish safely secured in both hands.

Unfortunately no photo’s were captured of ‘Not the Secretary’ Chris Stokes’s boat when he tied it to a wharf at one of our members Hawkesbury River home one competition weekend evening at low tide. A great night was had in the magical riverside setting around the BBQ with plenty a fishing tale told. As the fisherman woke early to greet the sunrise, Chris was seen charging down the wharf towards his boat that had its nose stuck under the wharf due to the rising tide and the motor and rear end of the boat metres into the air.

Which mountains do you go to for the Country Division and what fish are you seeking ?

West of Lithgow in the Turon River at the end of May, freezing cold, rough bush camping in tents, trout being the targeted fish.

What is the cost of membership?

What are the members favourite places in Pittwater and why?

The members agreed that we are blessed living in such a beautiful area. Anywhere in or around the estuary at sunrise and sunset is simply magic as are the beaches and rocks anytime. Looking back in at the peninsula from a boat, taking visual markers, lining up say the Bahai Temple with the water tank on the Newport Hill and exposing only the nose of Lion Island, you get to see the peninsula in a different light, the pace of life is a lot slower out there.

What is the club's 'Motto for life' or a favourite phrases it tries to live by?

Always fish safely, make sure you make it home.
Only take what you can eat, don’t be greedy.
Get involved in helping run the club, a little help from everyone makes the club great.
Take someone fishing with you, share the knowledge. 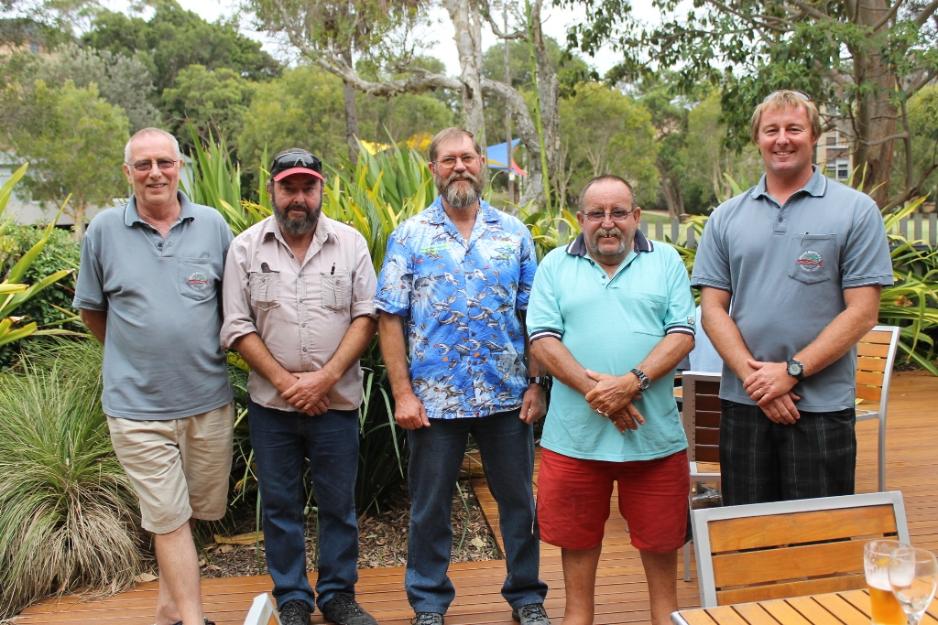 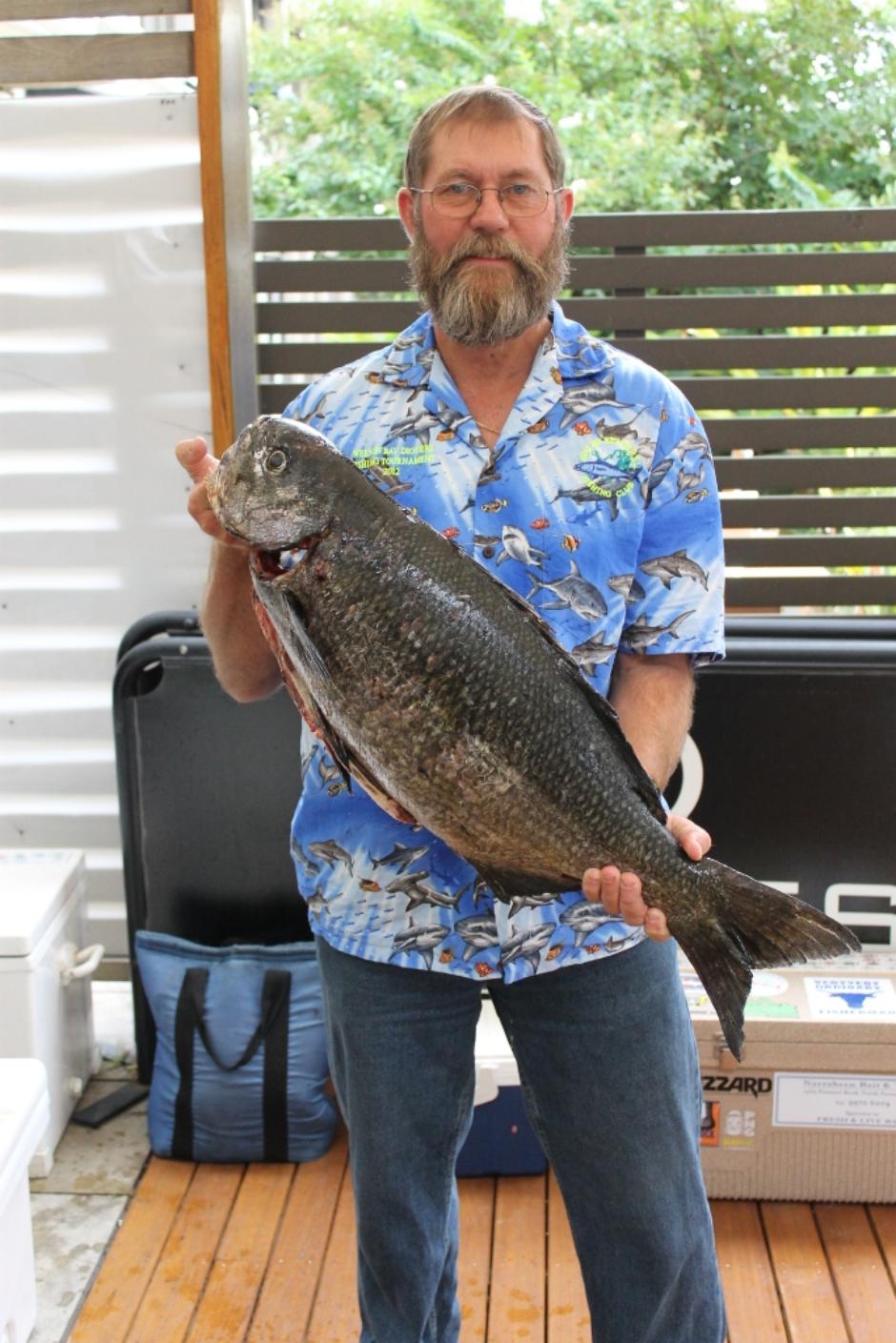 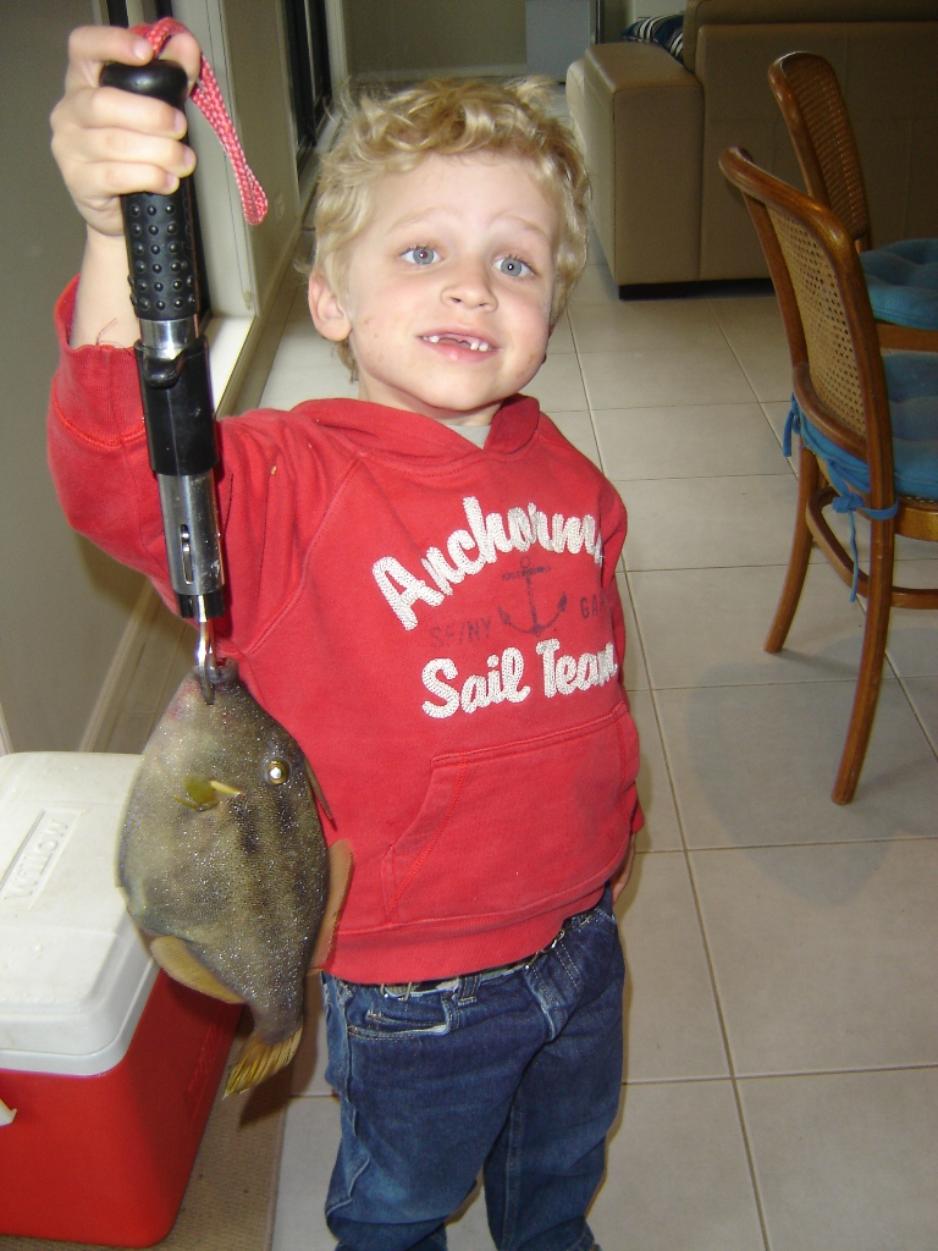 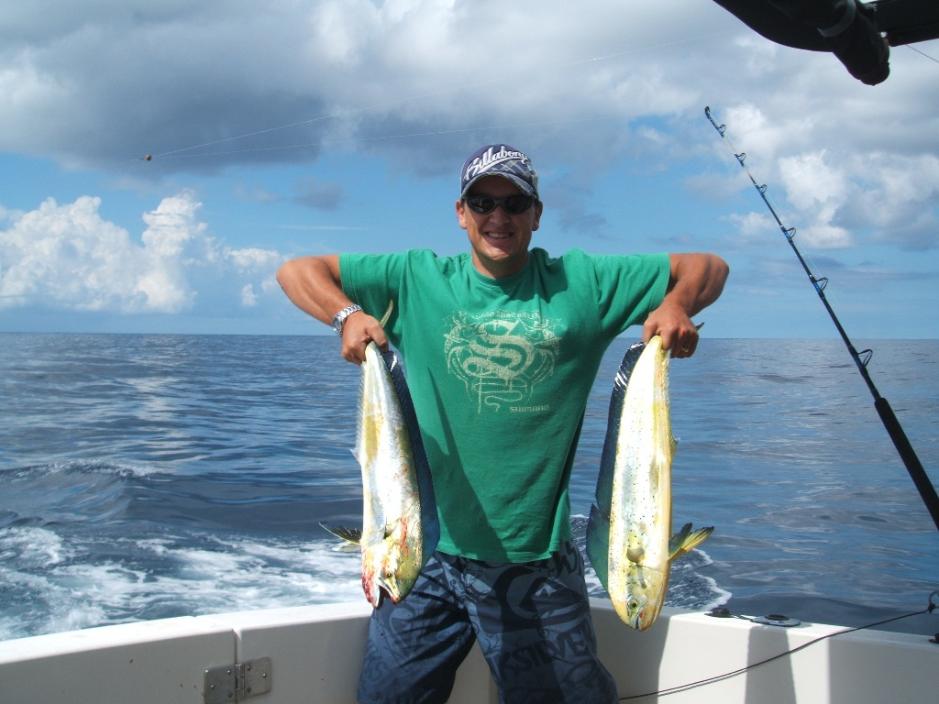 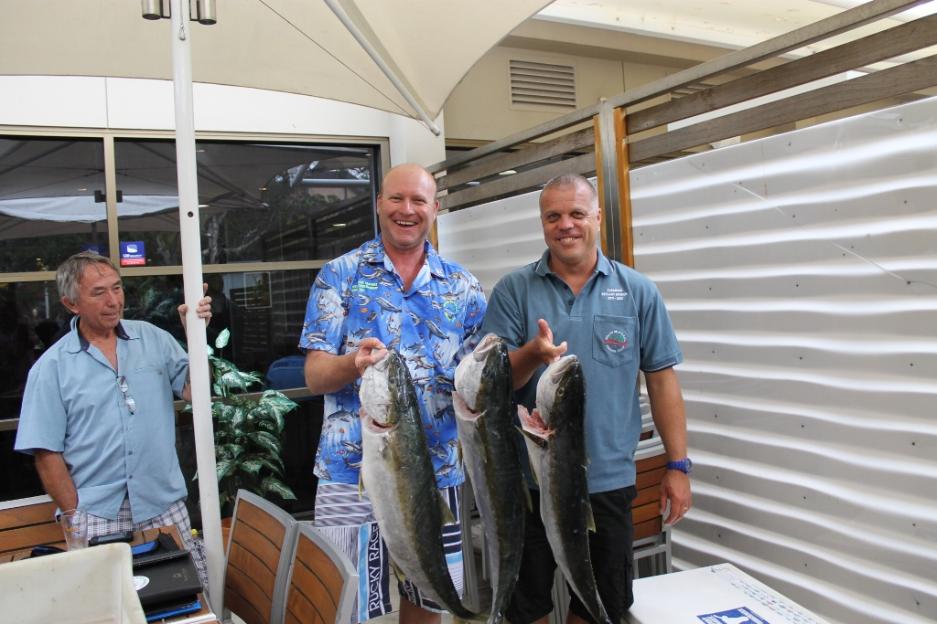 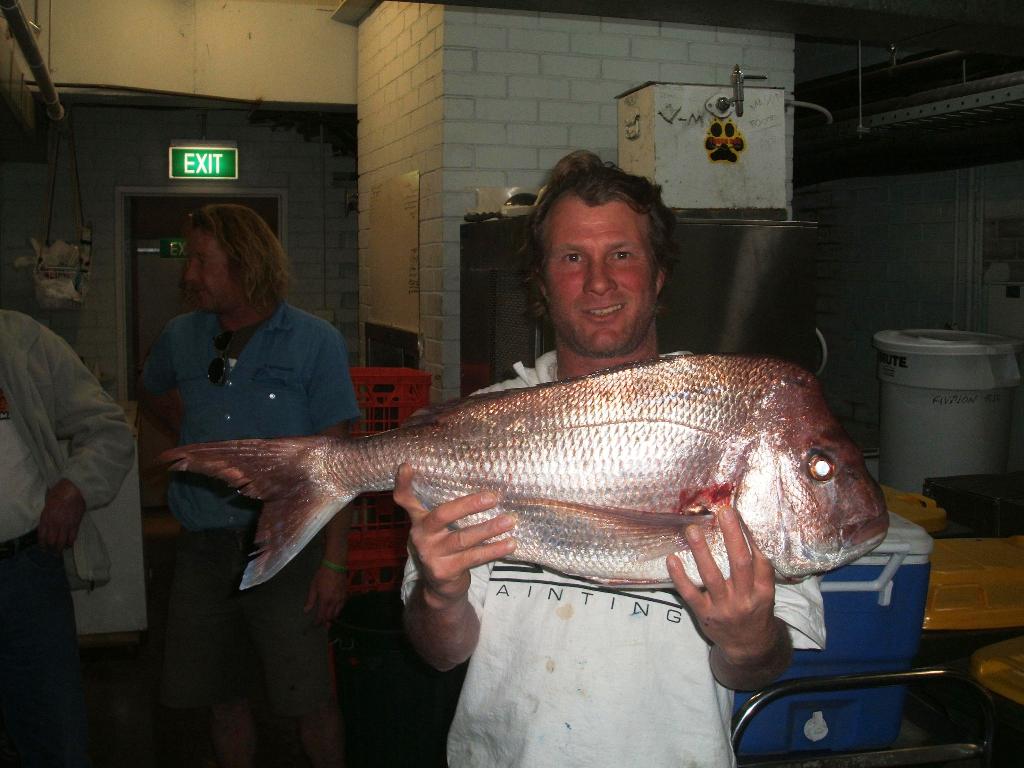 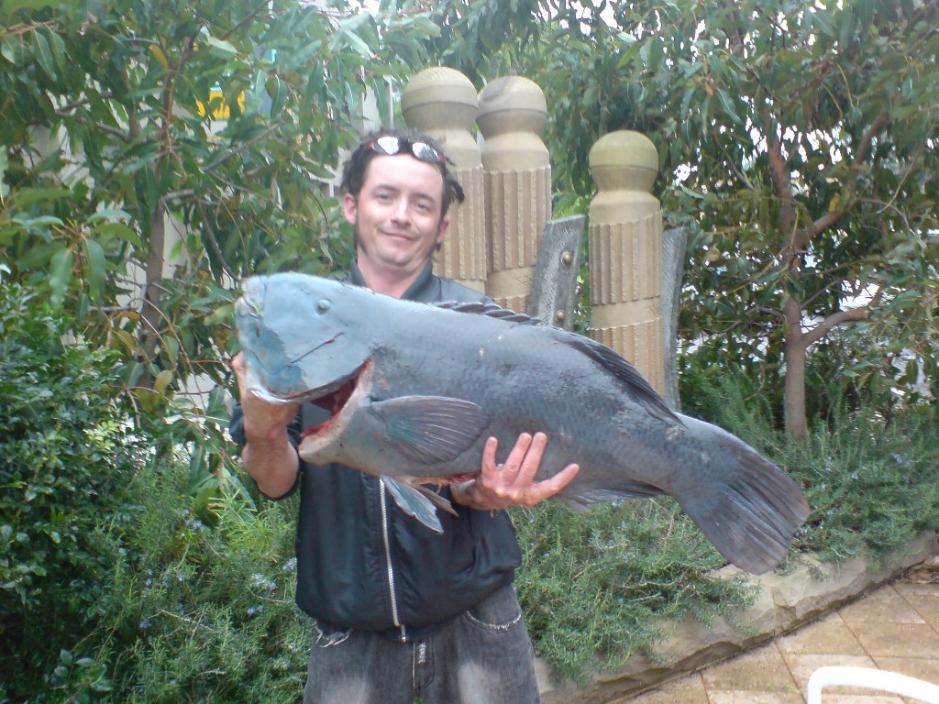 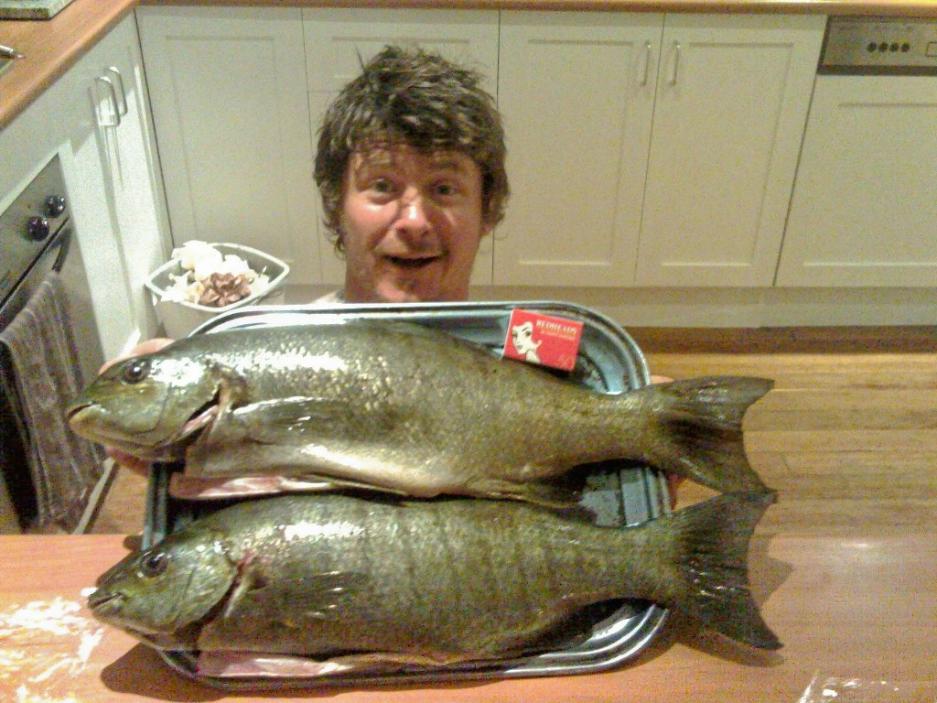 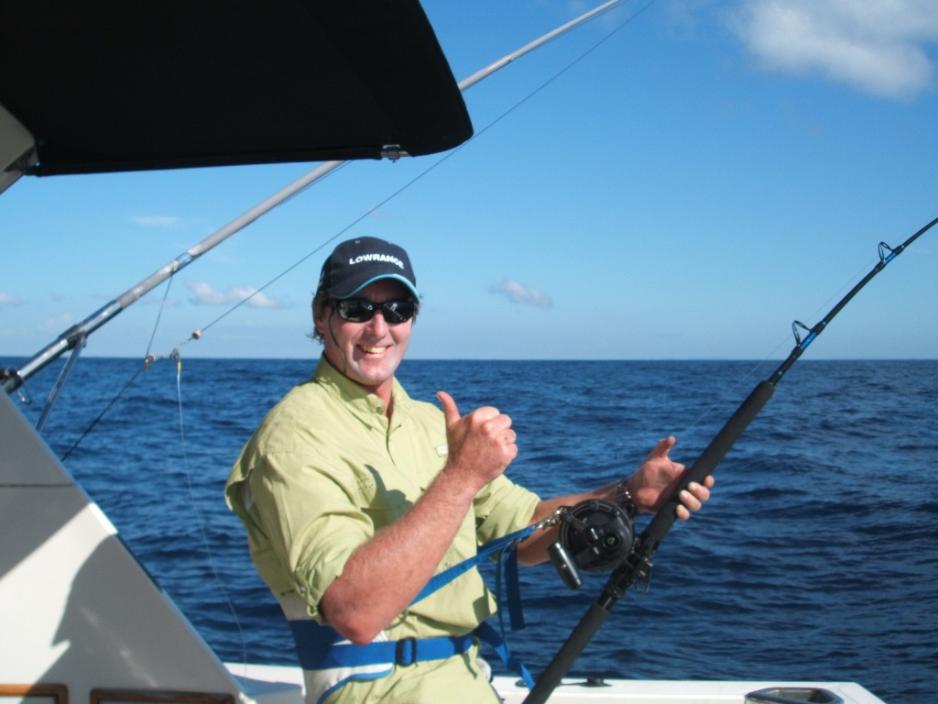