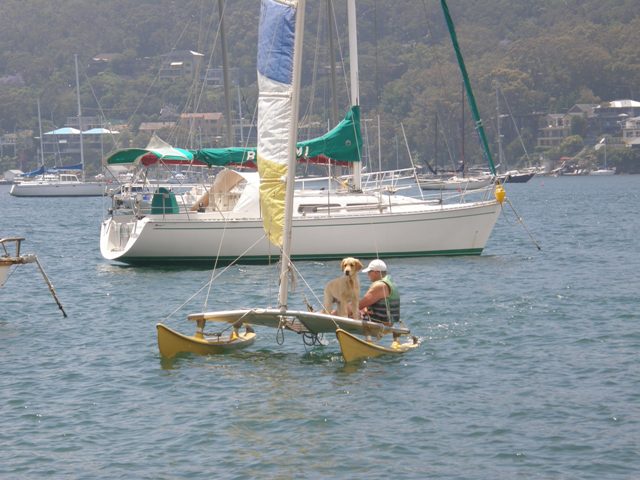 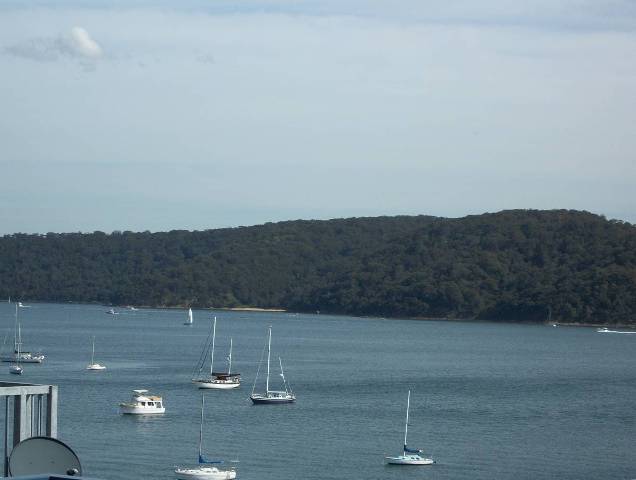 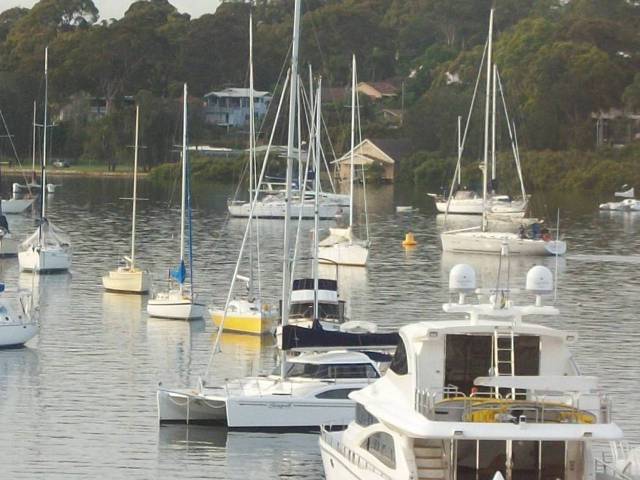 My introduction to sailing on a 14 foot Hobie Cat later engendered a mid-life passion for the sport. Little did I realise that boat nearly cost me my husband.

Those were the days - the late '60s early '70s - when Palm Beach produced endless golden summers. Friday afternoon would bring a drive along the Peninsula's beaches, waves breaking to froth on white sand. The family weekender, a two storey weatherboard waterfront on Pittwater. Its picture window provided the perfect vista for the afternoon cuppa; yachts tethered by moorings, an expanse of sparkling flat water and eucalypt clad hills of the National Park. Beside the house was the new toy - my husband's Hobie.

Once on the beach rigging procedure began. The scariest part assisting in raising the mast. Occasionally it would jump out of the socket spearing the sand. Finally held erect by stays the mainsail could be fed up its track. Stripes of yellow and blue on the white dacron made the sail easy to spot when out on the water. Then blocks and sheet ropes contrived to make the whole thing manoeuvrable. Atop twin yellow hulls was a frame for the trampoline. Initially I'd clamber on with some trepidation over my husband's meagre experience to try the vagaries of the wind. Pittwater always looked so inviting.

During one of the many times we were in irons (head to wind going nowhere) wind gusted under the trampoline catapulting the whole boat backwards. I was thrown overboard cutting my leg on one of the rudders. Meanwhile, he righted the boat and sailed off leaving me to look for fins in the middle of Pittwater.

I waited some time for his expertise to improve, then consented to go extracting a promise not to tip the boat again. Speed in a fresh breeze made the rigging strum almost as loud as my screeches. Some were exhilaration as we swept across the water, others fearful as I watched the lower hull. If it buried I expected to be hurtled forward and really come to grief. I never had the slightest inclination to learn to handle such an unpredictable craft on my own.

When my brother-in-law bought an identical boat the competition to outsail each other began. A course selected, the boys would run down the beach, launch boats and complete the race by screaming through the moorings and up the beach. Wives were sometimes taken as crew. Perhaps this was the spark for my love of racing. The boys soon felt they were such crash hot sailors only the weather could challenge them. A southerly of 30 to 40 knots turning Pittwater a murky green would still see them heading out.

One day it was raining as well as blowing a gale; clouds scudding low and moving fast. Two brothers out there in the wildest of winds, my husband just in front as we saw him thrown from his boat. Clouds closed in. Inside the picture window - chaos erupted. Comments had my husband knocked unconscious, drowned or eaten by sharks. As I watched my curly headed toddler charging around the room I couldn't believe they had me a widow.

"He'll come back, screaming up the beach, smiling as usual," I said.

My mother-in-law, seeing a man in skindiving gear, ran outside with me in her wake. She was yelling at the man: "The cat, the cat." Pointing out to the choppy water she had him bewildered. Had her pet cat gone swimming? He stared back at her his incomprehension increasing as the towel she'd had over her head slipped. Driving rain ruined the pink rinse in her hair. Rose rivulets ran down her face and neck giving a sad vaudevillian effect to the scene.

I finally explained my husband had fallen off his catamaran. The man had a dive boat and ran off to get keys to effect a rescue. I took the now shaking ruined rinse back into the house.

"Put me under the shower and give me a brandy," she ordered. Steam emanated from the cubicle; the glass came out empty. Her agitation subsided.

Returning to the kitchen I remembered the rescuer. As I passed the window two boats appeared flying up onto the sand almost a dead heat. The sailors had no idea of the drama ashore. Confronted with my story they explained theirs. The following brother had seen the fall, picked up his opponent and sailed after the errant boat.

My intuition proved correct and Pittwater sailing is still enticing. A keel yacht replaced the skittish Hobie Cat and my mother-in-law dropped out of the pink-rinse set.