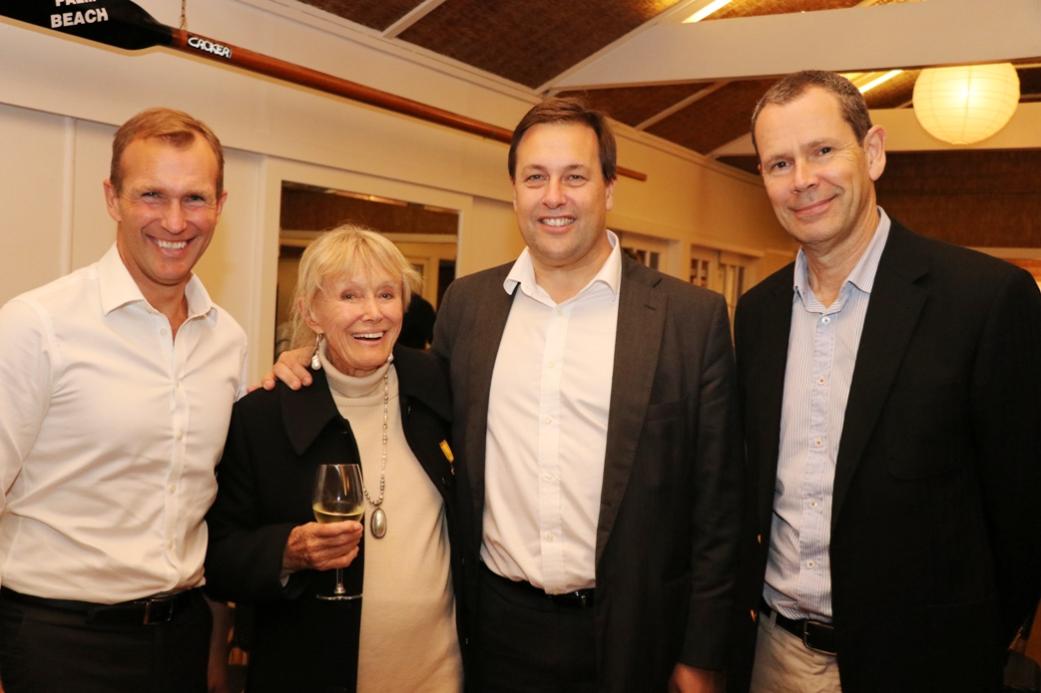 On Monday, Federal Member for Mackellar, Jason Falinski, celebrated World Ocean Day with the State Member for Pittwater Rob Stokes MP, the Save Our Marine Life partnership, and special guest Valerie Taylor AM at Palm Beach.

Dr. Barry Traill, current Director of The Pew Charitable Trusts ' Australian Outback to Oceans program, also attended the Oceans Day 2017 celebration. Readers unable to attend Monday's event may be interested in reading this post by Dr. Traill, As Extinctions Mount in Australia’s Outback, a Sanctuary Offers Hope, which is an extract from The Pew Charitable Trust’s upcoming study “My Country, Our Outback; Voices From the Land on Hope and Change in Australia’s Heartland.” The report will be the second in Pew’s peer-reviewed Outback Papers series, which focuses on conservation priorities and challenges in the Outback.

This study shows that marine reserves can be climate reserves, especially when the protected areas are large, well-managed, in place for many years, and strict regarding what human activities are allowed.

"This study should be proof positive to decision makers that creating effectively managed marine reserves can deliver a multitude of benefits. Marine reserves are climate reserves." Mr. Rand stated this week.

Mr. Falinski wished to express his special thanks to the Palm Beach Surf Life Saving Club and the Ladies Committee of the Pacific Club for hosting the event at Palm Beach SLSC's Pacific Club. 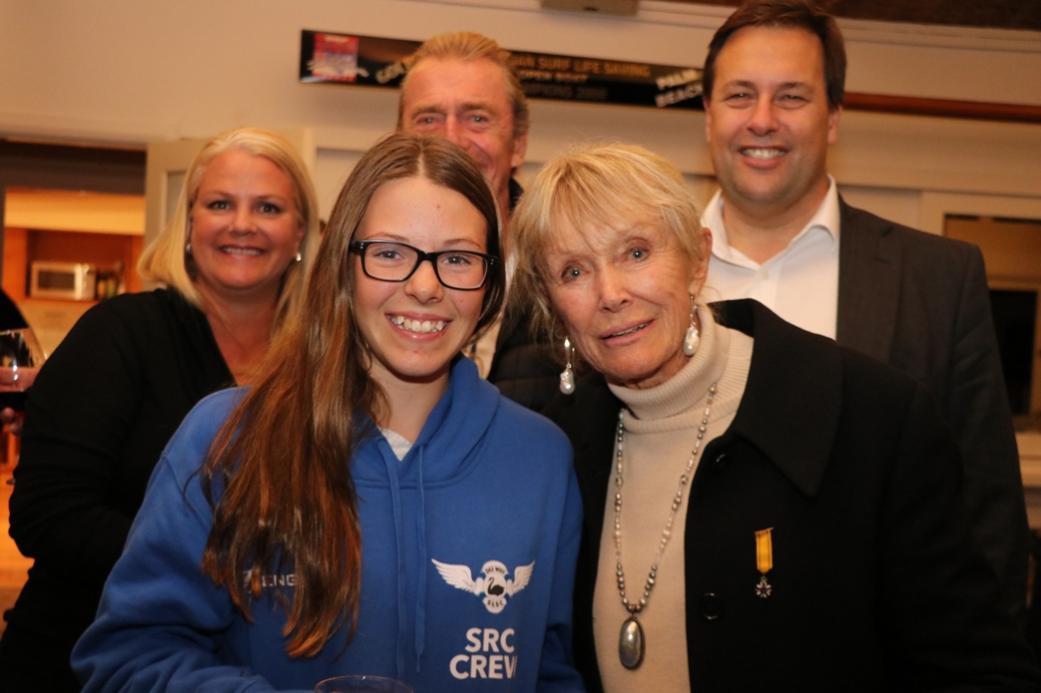 Young fan gets a snap with her idol! 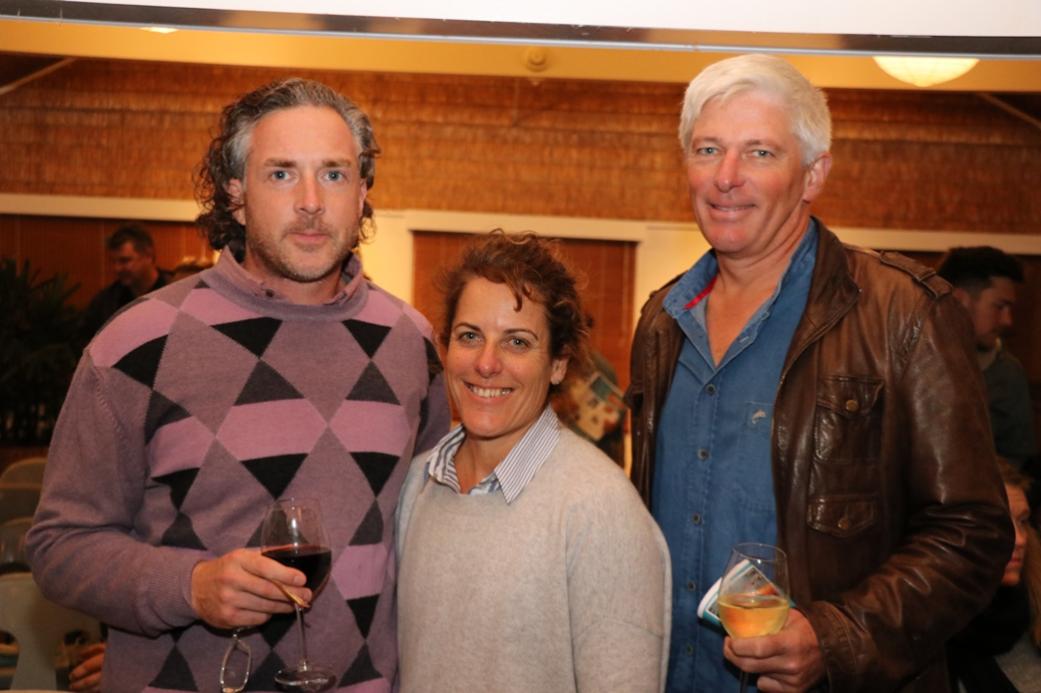 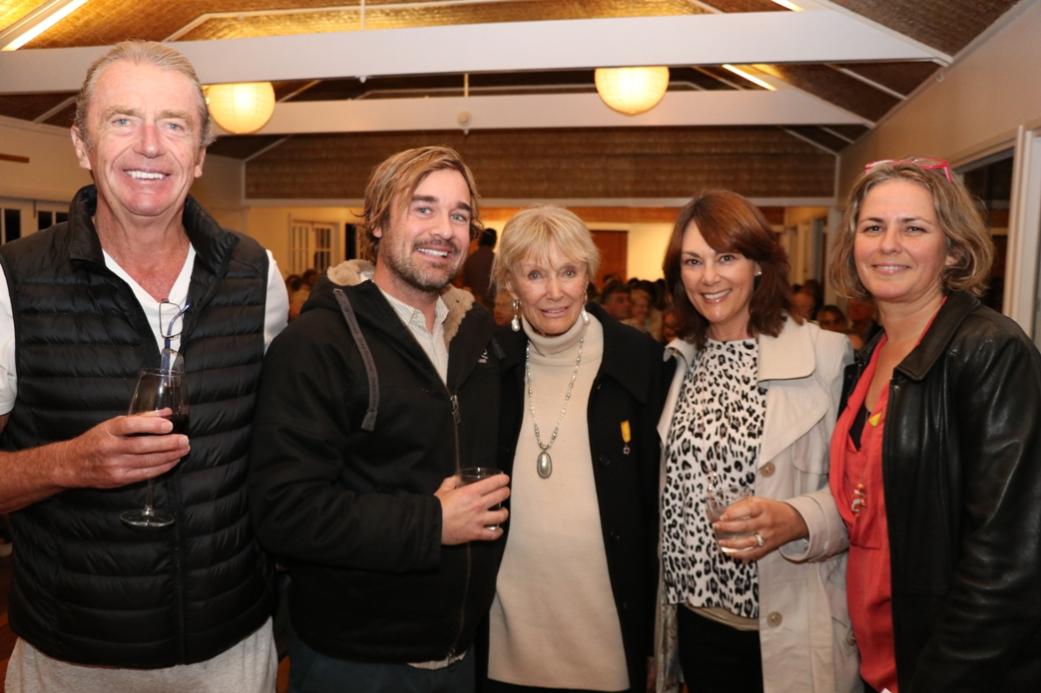 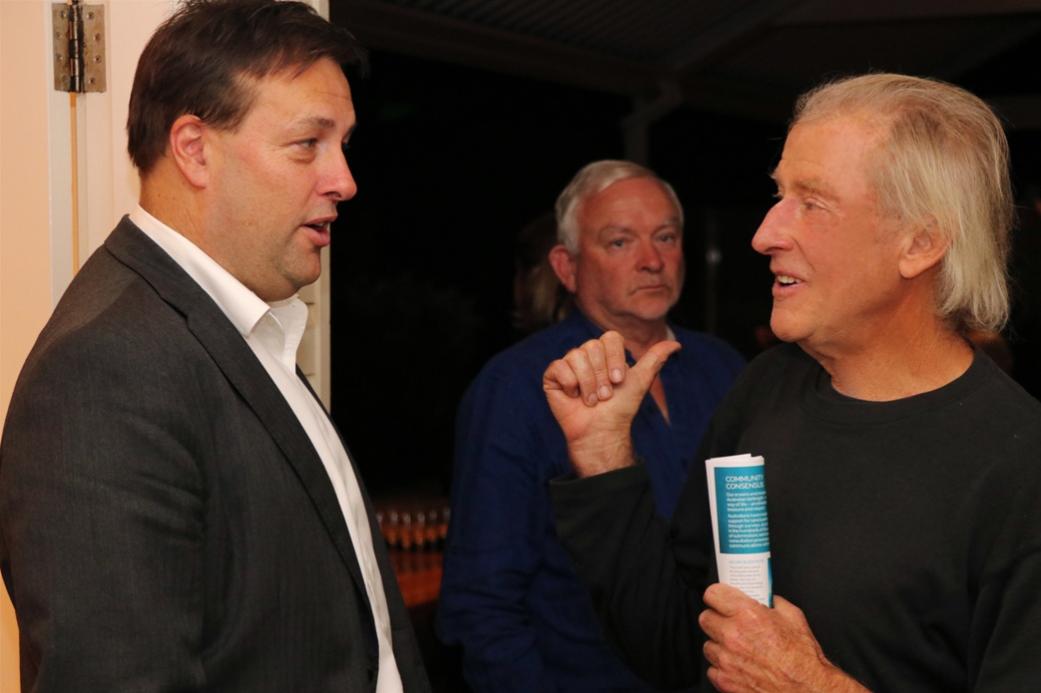 MP for Mackellar Jason Falinski with Robbi Luscombe-Newman, one of the Living Ocean founders 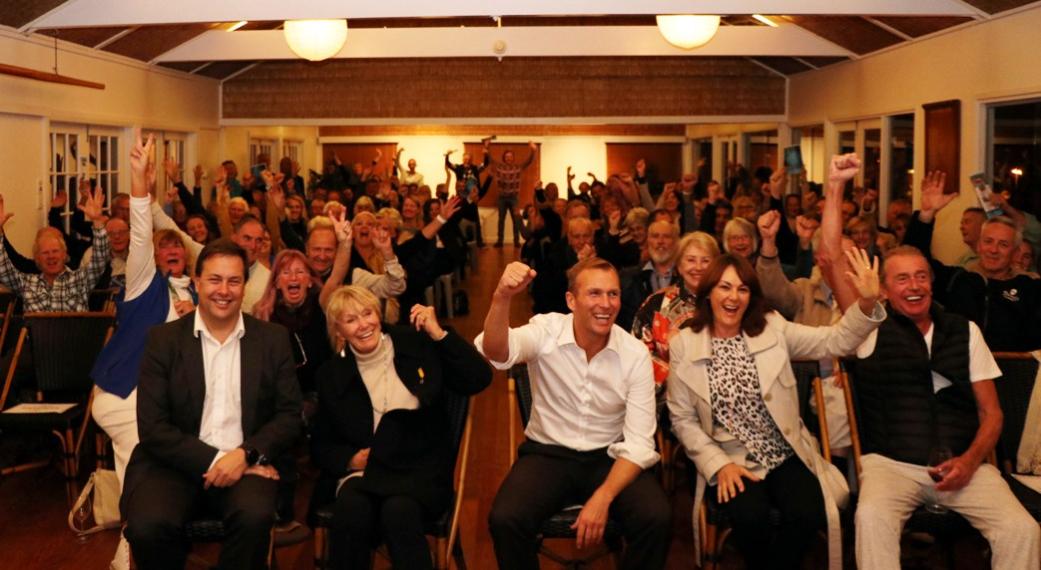 Since pioneering explorer Valerie Taylor first made a documentary about the Coral Sea more than half a century ago, this last sea treasure faces perhaps its greatest test.
In January 2016, we journeyed hundreds of kilometers from Cairns out into to the Coral Sea with Mike Ball Dive Expeditions, visiting Holmes Reef, Bougainville Reef, and Osprey Reef, to see why this ‘last sea treasure’ is in urgent need of protection. We followed the story of the boat’s videographer, Julia Sumerling, and looked into the history of exploration out on the Coral Sea through the eyes of ocean pioneers like Valerie Taylor, Richard Fitzpatrick and Mike Ball.
About Bluebottle Films
Curl Curl based duo James Sherwood and Danielle Ryan work together as a team producing video and documentary work, primarily specialising in the natural world. They are currently working on The Map to Paradise, which Pittwater Online News ran something about in 2016, and also promoted the fundraising Mother Ocean Exhibition held at Warringah Creative Space, North Curl Curl in February 2016 to see this new project advance.
This week these local documentary makers attended the UN Ocean Conference,(see report this Issue) Danielle writing a blogpost for Nature for All, 'SUITS, TIES & A CELEBRITY GOODWILL AMBASSADOR  - The Ocean Conference, 2017' about the experience of being present for Celebrity TV star and environmental activist, Adrian Grenier’s inaugural speech.
“Whatever debates or disputes we have, there are some things that are undeniable. No dad wants to teach his daughter to swim at a beach that is filled with plastic and cigarette buts. No mum wants to see her son gasp for air while they kick around a ball at a park - that we can all agree on. Together, we can do something about it,” - Entourage Hollywood Celebrity Adrian Grenier, making his first address at the United Nations for the Oceans Conference as the newly appointed UN Environment Goodwill Ambassador. - Post from The Map to Paradise Facebook page, June 7, 2017.
Of The Map to Paradise project Danielle says, 'Over the last few years, we've travelled around Australia making five short films on marine protected areas, and so creating a feature documentary which looks at the global picture is naturally the next step for us.'
JAMES SHERWOOD is a director, cameraman and editor, who grew up in the film and television industry with the dream to become an underwater cameraman. James first started at the Sydney-based production house ZSPACE as a junior, and over a decade and a half has evolved with the industry performing the roles of a runner, tape operator, assistant editor, editor and cameraman. He has worked on and off on a range of jobs, which have included documentaries, music videos, show reels, commercials, promotional packages and a range of other content for all the major Australian networks, including ABC, Channel 7, Channel 9, SBS and Channel 10.
His love of nature drove him to take a detour in his career, and so he left Sydney for a few years to graduate with a Bachelor of Marine Science from James Cook University in north Queensland. Now, he still freelances occasionally, while living his childhood dream of working on films to do with nature with Danielle.
DANIELLE RYAN is a director, producer, writer and editor. Danielle also has a degree in creative writing and a master of international relations. She has a passion for exploring challenging topics which people don’t know a lot about. Danielle first undertook documentary and magazine publishing internships at high school. However, she felt the idea of documentary filmmaking was a pipe dream, until her introduction to broadcast began at the Nine Network Australia where she trained with the news desks for six months. She went on to convince film and post-production expert James Sherwood to join her on her adventure, and led the way as a journalist and producer to secure a story about child labour in Nicaragua, which aired on Dateline SBS, in 2011.
Afterwards, she moved into speech writing and media working for the Australian Government, so she could learn how policy and politics works. She also used this time to learn how to edit and film for broadcast in Canberra and New York at technical colleges. Five years later, the duo has won eight film festival awards. Like James, Danielle loves the ocean and exploring the world.

The Last Sea Treasure from Bluebottle Films on Vimeo.