Wednesday 1 July 2020 marks 40 years since women were given the opportunity by Surf Life Saving Australia to achieve their Bronze Medallions, don the iconic red and yellow patrol uniform and actively patrol Australian beaches as surf lifesavers.

Prior to July 1980, women’s roles in Surf Life Saving Clubs were restricted to support and back-office functions. With the exception of a number of women who were allowed to patrol beaches as surf lifesavers during World War II, women were prevented from participating in active patrol duties on the beach. The prevailing attitudes of many people at the time were that women weren’t physically capable of carrying out an aquatic rescue in the surf.

Although it was July and the beginning of winter, teams of women across Australia seized the moment they had been waiting decades for, taking the first opportunity presented to them to get their Bronze Medallions. Many women had been secretly training for this very moment in anticipation of restrictions being lifted. Finally, the rules that had relegated women to support roles and prevented them becoming active, patrolling surf lifesavers, had been changed and they were ready, willing and able to be assessed - cold weather or not.

Nella Keenan, from Port Kembla, was one of the first women to achieve her Bronze Medallion in 1980 - just six days after the new National Council rules took effect. She was part of a group of eight women from the Illawarra region who flew up to Coffs Harbour, where the water was warmer, to be assessed. She passed, and 40 years later, Nella is still an active surf lifesaver.

“Given the shift in consciousness and understanding of the movement towards gender equality, I feel proud and honoured that we were part of that paradigm shift happening here in Port Kembla and the world, blazing the trail for other females to follow in our footsteps,” Nella Keenan said. 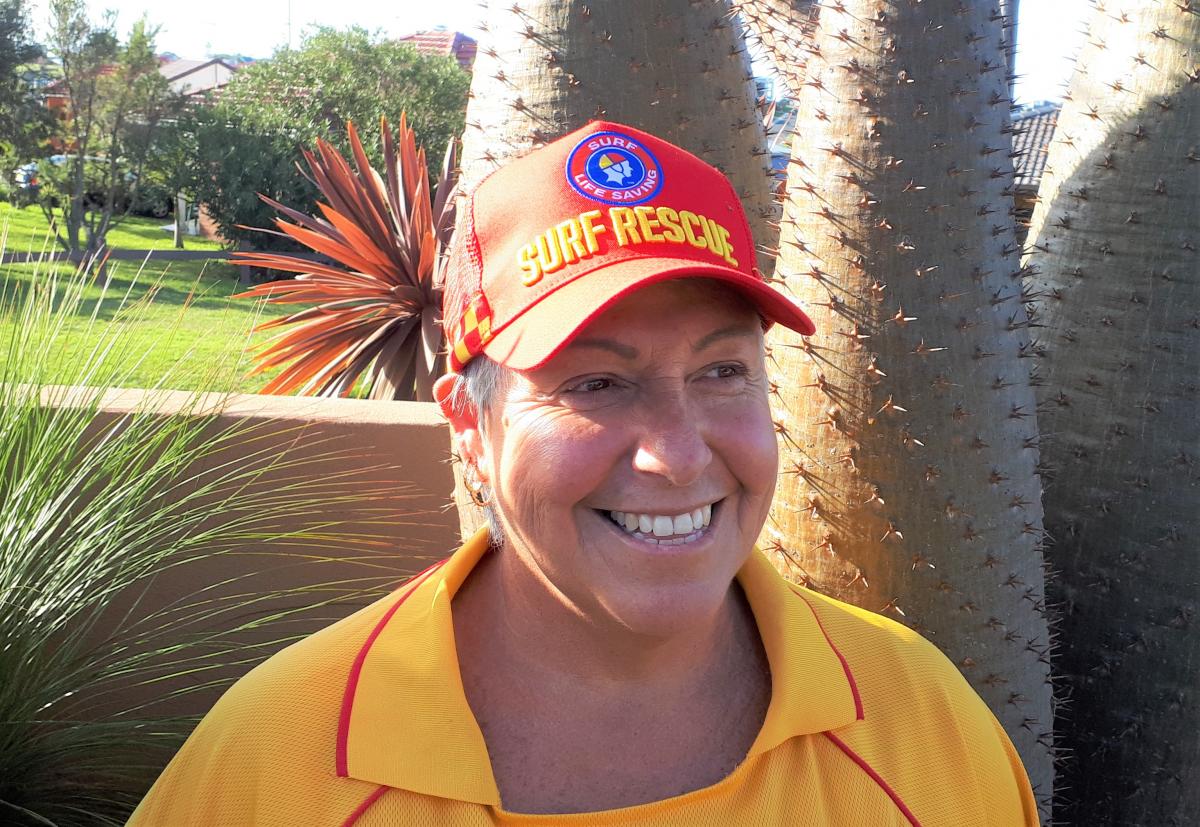 Jenny Kenny, from Cudgen Headland on the Far North Coast, was also among the first women to achieve their Bronze Medallions in 1980. Originally from Tasmania, Jenny had to wait until October for the water to be warm enough to complete the Bronze Medallion assessment.

“I lived in Hobart then and was a member of Carlton Park Surf Life Saving Club. A group of friends, who played water polo together, got together and we got a team training, ready to go. So, the minute we could in Tassie (it was a little bit later than some of the other states because of the cold) we did our Bronze. It was in about October and it was freezing cold - as you can imagine. But it was a great experience and we still keep in touch with that great group of ladies who are still involved after 40 years,” Jenny Kenny said.

“My club was great. We were really encouraged by the guys to get a group together and they coached us. And seriously, we trained for so long. It was a really interesting experience.

“I was lucky in that respect I know that there was a tougher attitude for some of the ladies in some of the clubs around the country.

“It was still tough at the time because nothing was set up for females to be involved as we were. You know, with change rooms at events and carnivals and all those things,” Jenny Kenny said.

In February Jenny Kenny was awarded Life Membership of Surf Life Saving Australia. This is a significant and rare honour that only 296 people have achieved. Jenny continues to be a trailblazer for women’s involvement in Surf Life Saving and was recently appointed to the most senior official position at the NSW Championships - Carnival Referee. 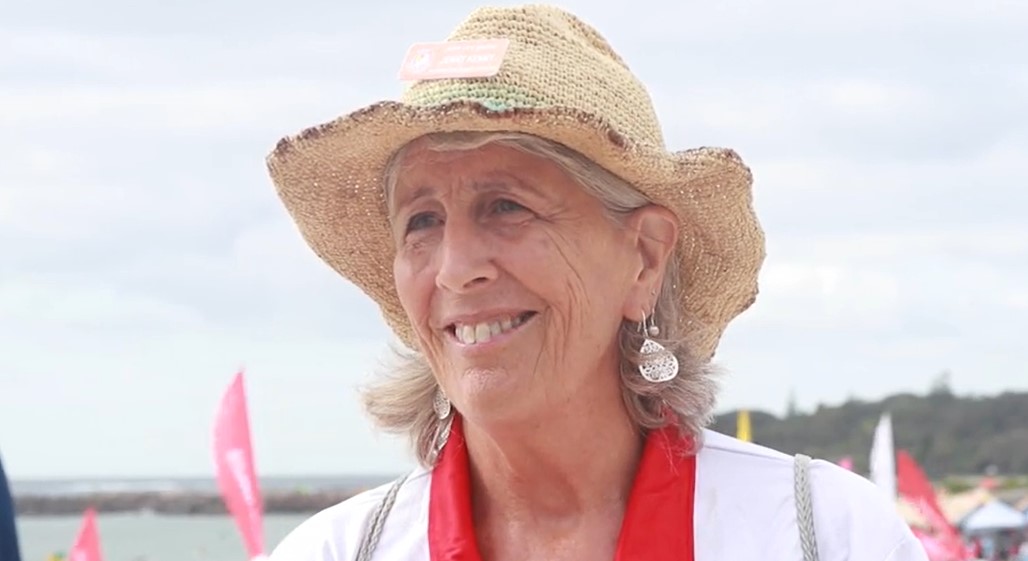 Ula Dalton from Caves Beach was a trailblazer for women’s participation in surf sport. She broke down barriers for women wishing to compete in surfboat and inflatable rescue boat (IRB) racing, being one of the first women in Australia to do both. At age 14, she started women’s surfboat rowing in the Hunter Branch then she began IRB racing, competing against men in an all-female team. She then agitated for change to allow women to compete in IRBs at a state and national level.

“With surfboat rowing there was originally a lot of push-back from a lot of people that said,‘females cannot do this’. Once they realised that we were serious and not just there to prove a point, that we were better than the boys (although that was a hidden agenda) and that we put in the hours of training, just as they did, they came on board and helped us out,” Ula Dalton said.

“It’s changed significantly now. The sky’s the limit these days. Women are involved in everything these days. You can do what you want to do,” Ula said. 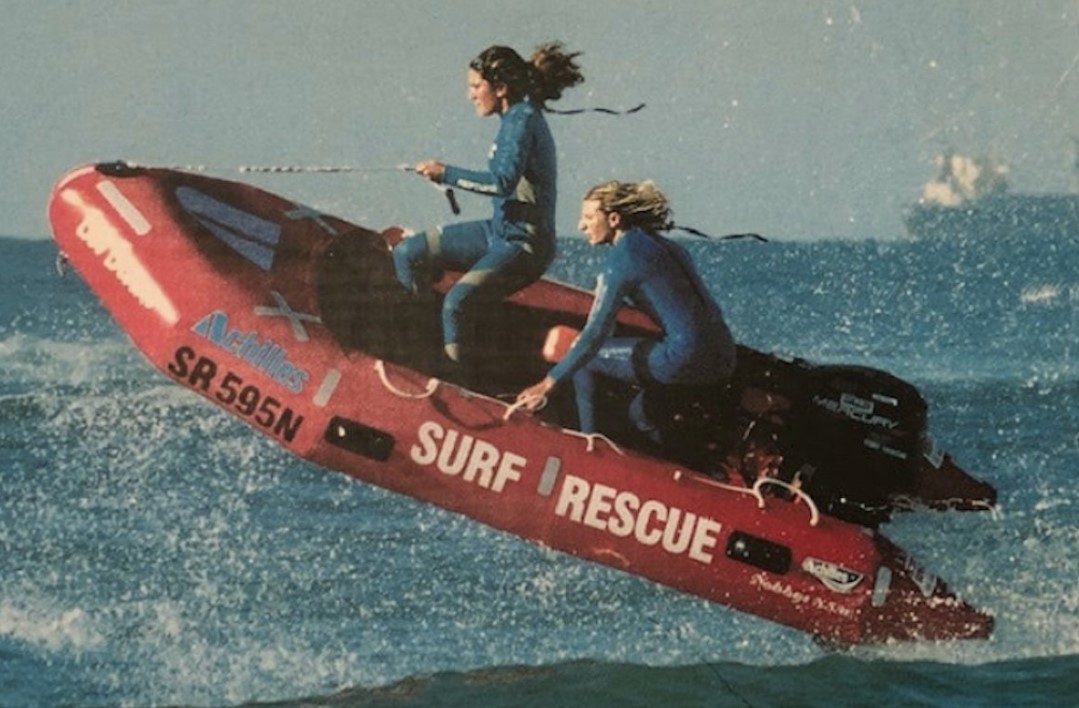 Ula Dalton (left) in Full Flight in an IRB

While 2020 marks the 40th anniversary of women’s formal participation as active surf lifesavers, the involvement of women in Surf Life Saving began well before 1980. Women have had an active role in the movement since its inception – including those who served as surf lifesavers during World War II and were awarded their Bronze Medallions retrospectively just a few years ago.

Passionate surf lifesaver Cathy Cole, from Terrigal Surf Life Saving Club, was instrumental in researching and locating Terrigal’s wartime female lifesavers. Then in 2017 she coordinated the First Female Lifesavers recognition event, where women who were wartime lifesavers were presented with their Bronze Medallions by the Governor General Peter Cosgrove.

“Women at my club patrolled the beaches during World War II when all the men from surf clubs went away. Those ladies trained for their Bronze, achieved their Bronze but were not able to get their Bronze. So, we researched it, justified it and got permission from SLSA to award those Bronze Medallions,” Cathy Cole said.

"It's so fabulous to see women so totally involved now in every aspect of Surf Life Saving - and welcomed and appreciated. This hasn't always been the case - but certainly is now.

“They had to do something to enrich the movement and it was opened to women. And the results speak for themselves. Women make up almost 50 percent of membership. They are involved at every level of competition, coaching, officiating, judging, teaching, assessing ;- you name it, they are involved in everything. And that has built our movement and set it in place for generations to come,” Cathy said. 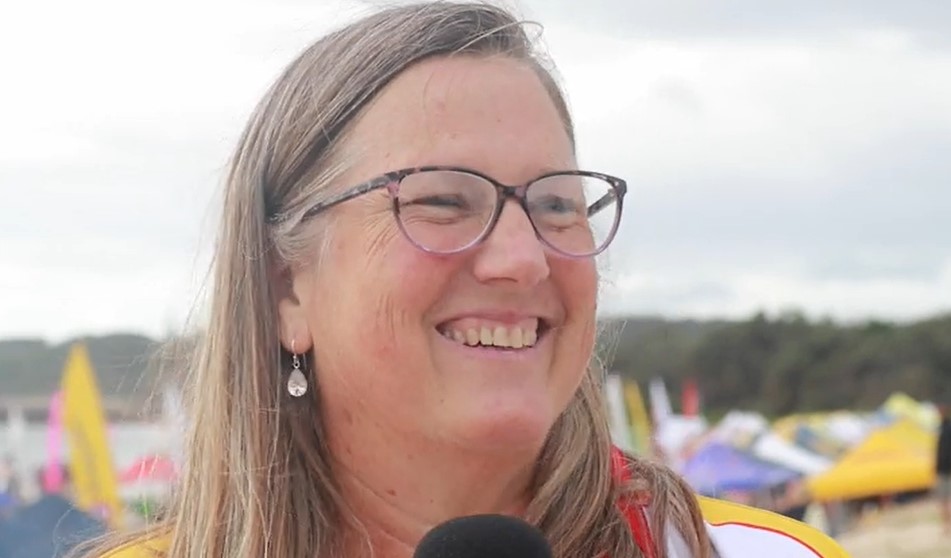 Surf Life Saving NSW recently launched an initiative to identify pioneering women in the Surf Life Saving movement who drove change and paved the way for all women to become active surf lifesavers. The role women have played in keeping beachgoers safe throughout SLSNSW’s 113-year history is being celebrated throughout 2020, the 40th anniversary year.