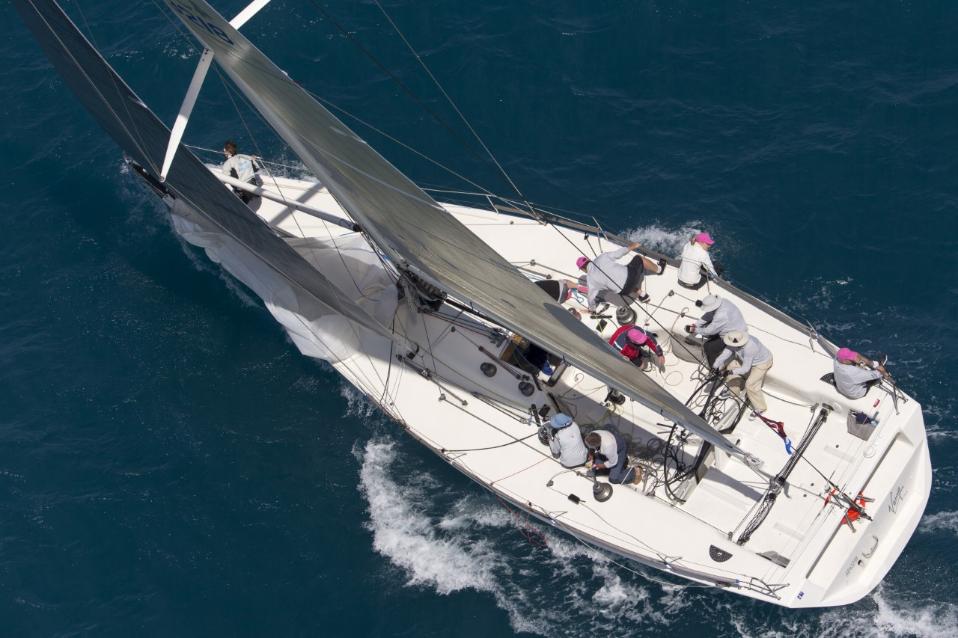 Vamp is a first timer -  photo by Andrea Francolini

David Fuller and his international crew of 11 are heading to Townsville Yacht Club’s SeaLink Magnetic Island Race Week, preparing to take on Paul Clitheroe’s Balance and others in the IRC division - and to experiencing the annual event, now in its 12th year.

To be held from 30 August to 6 September, Fuller admitted today: “This is my first time. The crew have been pestering me for years and I’ve had it on the agenda for a long time. We’re coming up to celebrate my 75th birthday,” he says.

“We’re going to Hamilton Island first – I think a lot of boats should come up to Magnetic Island from there – I’ve heard it’s completely different to other regattas. Laid back with great camaraderie is what people tell me.”

Fuller is bring his well-raced Corby 49, Vamp, to ‘Maggie Island’ along with a first class crew that includes past Olympian, Australian champion in multiple classes and offshore racer, Jamie Wilmot to call  tactics. Peter Messenger, who has four times won the Sydney Hobart from his 28 races, is also on the crew.

And well he may feel that way. Balance is twice a Rolex Sydney Hobart winner, the first time as Quest for Bob Steel in 2008 and as Balance for Paul Clitheroe in 2015. Recognised as a boat to be reckoned with, the TP52 also finished the race second last year, was fourth in 2016 and has won every major race and regatta on the eastern seaboard.

But Vamp and her crew are no slouches either. Vamp won Division 2 of the 2011 Sydney Hobart among other good results and under her former names of ‘Limit’ and ‘Flirt’ also racked up numerous wins and places at major events.

Fuller, from Sydney, says “Apart from anything else, the convenience of everything on the Island is of major appeal for me – and the sail up to the Island. I can’t stress enough how much I’m looking forward to it.”

Miss Scarlett, William Goodfellow’s Reichel/Pugh IRC 52 from New Zealand, will also be competition for Vamp. She is also a newcomer, but her crew, from Royal Akarana Yacht Club, are not. Unable to get Miss Scarlet here on time, “We sailed Wave Sweeper last year, and enjoyed it so much, we had to come back,” crew member Graeme Wilson said.

Launched in 2009 for Robert Date of Melbourne and known as Scarlet Runner, Date was a regular winner on the ocean racing scene before the boat went to New Zealand at the beginning of 2016 and was set-up for shorthanded offshore sailing, successfully competing in the ANZAC 250, 2016 Auckland to Fiji and 2017 Double-Handed Round North Island Race.

Goodfellow says: “In 2018 she will be undertaking a fully crewed program consisting of New Zealand regattas, Auckland Noumea, Groupama Round Noumea and Queensland regattas.”

Apart from the attraction of racing, Townsville, a bustling coastal town, and charming Magnetic Island are a stone’s throw from some of Australia’s best cruising grounds where the sea life is an added attraction.

With many competitors arriving with an entourage of family and friends, why not treat them to the joys of pre or post event cruising?

Orpheus Island in the Great Barrier Reef is just 49 miles away. The dreamy idyll, surrounded by 3212 acre of national park, is fringed by coral reefs – a must do for diving and snorkelling enthusiasts. Or just cruise in, lie in the sun, relax and swim.

Closer still, is the Great Palm Island Group, just 40 miles away from Townsville. The 10 small islands have everything from anchorages to sandy beaches. And there are many others, all equally enchanting in their own ways.

Enter SeaLink Magnetic Island Race Week now and when doing so, book accommodation at the same time. Get in early to take advantage of the best accommodation Peppers Blue on Blue Resort, less than a minute away from the marina and with berthing is at a premium, don’t miss out.

Peppers Blue on Blue boasts everything from waterfront apartments to rooms – all taking in the beautiful surroundings. The Resort is offering an Early Bird special of 10 percent discount on their Bed and Breakfast rate (with various accommodation options available), including a welcome beverage. Secure the special rate by booking directly through the resort before 30 June 2018. Phone: (07) 4758 2400 or email blueonblue@peppers.com.au

Don’t miss this special sailing occasion – it’s unlike any other. 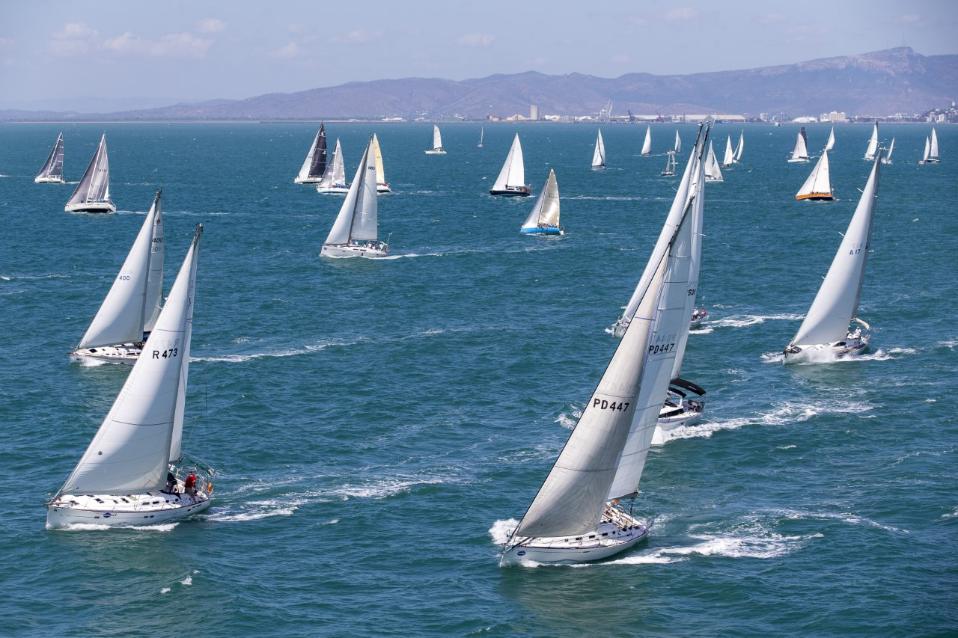