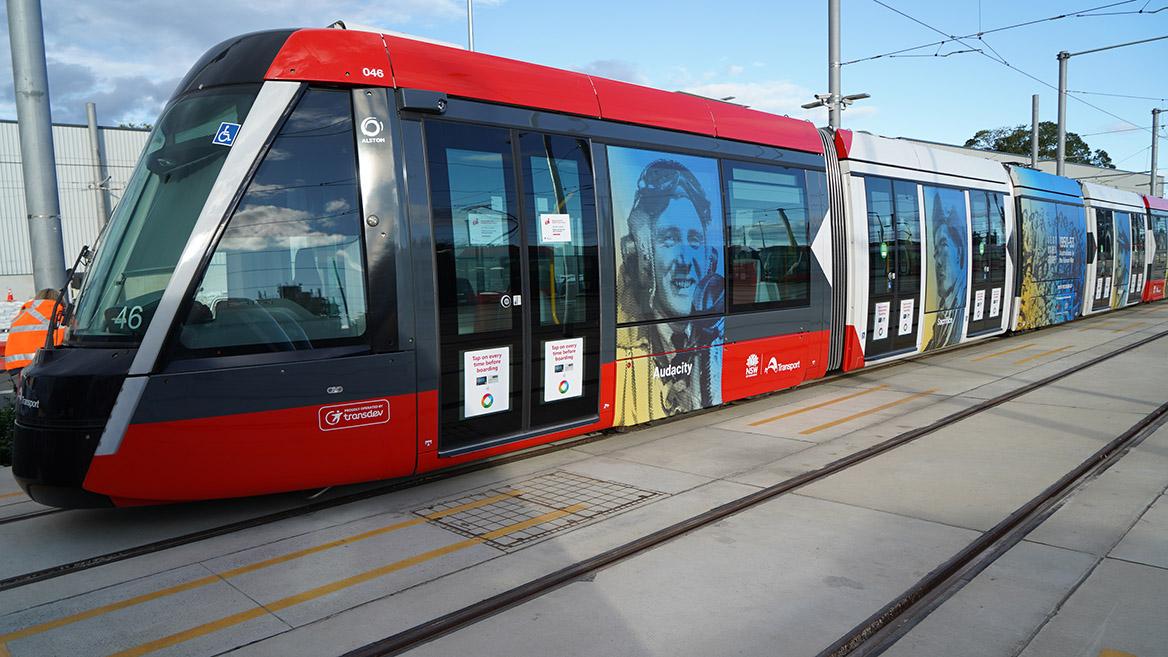 The images of eight Australians who served in the Korean War will be featured on Sydney Light Rail carriages to mark 70 years since the start of the war. The images on the Light Rail were unveiled at Central Station on Wednesday June 24th, this week, in an event attended by Hong Sang-woo, South Korea's consul general in Sydney, and retired Australian Rear Adm. Ian Crawford, a Korean War veteran, and Acting Minister for Veterans, Dr. Geoff Lee.

Acting Minister for Veterans Geoff Lee said the photos on the carriages bring to life the enormous contribution Australia made to the Korean War.

“Over the course of the war 340 Australians were killed and over 1,200 wounded defending South Korea from the communist forces of North Korea.”

“As the carriages weave their way through Sydney’s streets, travellers and pedestrians will be captivated and intrigued as they reflect on Australia’s proud military history,” Mr Constance said.

One of the eight images featured in the Lest Korea Forget campaign is of veteran Rear Admiral (Ret’d) Ian Crawford AO AM (Mil), who is passionate about ensuring this war is not forgotten.

“It is very moving to have the Korean War acknowledged for its important part and its ongoing relevance in the Australian story,” Mr Crawford said.

“I think of those who are no longer with us to share this recognition.”

Mr Crawford sailed to Korea with the Australian Navy as a teenager and served in missions to evacuate isolated United Nations units and to support operations behind the advancing North Korean line in extremely tough conditions.

The commemoration is an initiative of the Consul General of the Republic of Korea to thank Australia for the very personal cost of the War to our country. 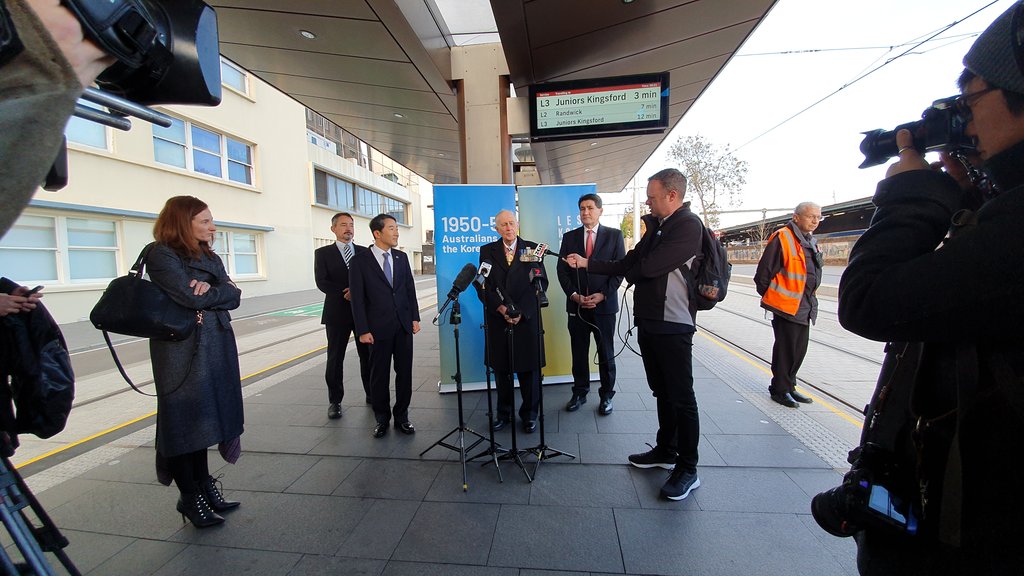 The Korean War was among the most destructive conflicts of the modern era, with approximately three million war fatalities and a larger proportional civilian death toll than the Second World War or the Vietnam War.

Jason Falinski, Member for Mackellar, stated last Issue that June 2020 marks 70 years since the beginning of the Korean War, which saw the Australian Defence Force through its Navy, Army and Air Force personnel join the United Nations (UN) multinational force, defending South Korea from the forces of North Korea and China.

''On 25 June 1950, the Democratic People’s Republic of Korea Army crossed south of the border into the Republic of Korea and captured the capital, Seoul, within days.
Prime Minister Robert Menzies responded by committing ships of the Royal Australian Navy to the Korean War, which were soon joined by units of the Royal Australian Air Force and the Australian Army.
The war raged on for three years until an armistice was signed on 27 July 1953 follow extensive negotiations. Australian military personnel remained in Korea for another four years as military observers.
More than 17,000 Australian personnel served in the Korean War and post-Armistice period, earning international respect for their courage, endurance and combat skills.  Australia suffered some 1,500 casualties, including more than 350 who died and 30 who were taken prisoner. To this day, some 40 Australians are listed as missing in action.
More than 150 Australian nursing sisters also served in Korea and at the British Commonwealth Military General Hospital in Kure, Japan.
I encourage all Australians on 25 June to pause and remember the service and sacrifice of all the brave Australian men and women who served during the Korean War and say ‘thank you for your service’. We are forever in their debt.'' Mr Falinski said
This honouring and commemorating of those who served will be especially poignant for residents who served or whose loved ones served in this conflict. Beryl Driver OAM's husband Brian McLennan Driver was 18 when he went to Korea and aged just 21 by the time he came home. 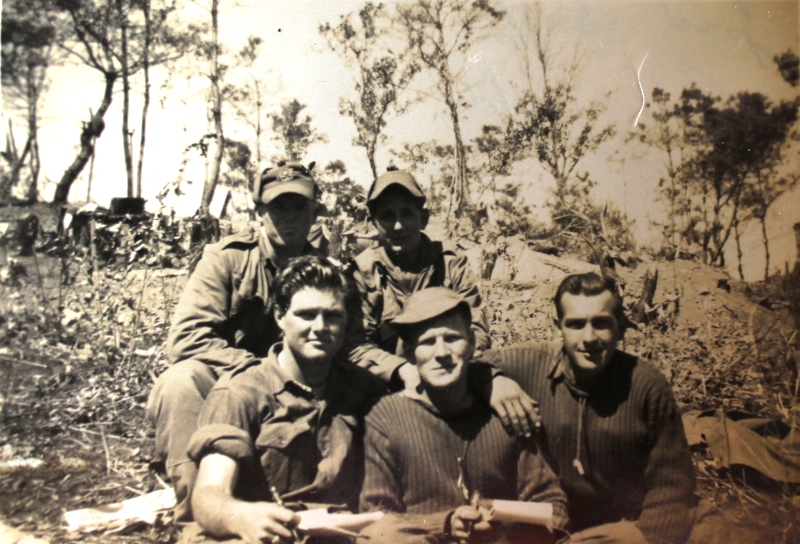 Biographies of the eight Australians featured on the Light Rail carriages:

Ian Crawford, joined the Navy at 17 and before his 19th birthday he left for Korean waters on HMS Ceylon, arriving in time to support the landing at Incheon. Over the coming months, and through an icy cold winter, HMS Ceylon engaged in missions to evacuate isolated United Nations units as well as supporting operations behind the advancing enemy line. After the Korean War, Crawford stayed on in the Royal Australian Navy rising to the rank of rear admiral and was made an Officer of the Order of Australia. He spends his retirement ensuring the Korean War is not ‘forgotten’.

Lieutenant Len Montgomery and his men, of 4 Platoon, B Company 3RAR, rest after surviving the Battle of Kapyong 23/24 April 1951. Montgomery and his men were among the first to engage the enemy in the battle. They showed extraordinary bravery in one of the last acts of the battle, by making a bayonet charge when outnumbered by the enemy which was in a strategically superior position. Montgomery’s courage that day earned him the Military Cross.

Steve Dodd worked in the pastoral industry in South Australia and the Northern Territory before joining the Australian Army. He served a tour during the Korean War as an infantryman with the 1st Battalion, the Royal Australian Regiment (1RAR) from April 1952 to March 1953. After active service in Korea he transferred into the Royal Australian Army Ordnance Corps. When his period of enlistment expired Dodd resumed his acting career. He had enjoyed some minor parts in movies in the 1940s but by the 1980s and 90s Dodd was a familiar face on screens large and small and is remembered for films like Gallipoli (1981) and The Matrix (1999).

Kenneth Stafford Lenoy was born in Cairns. Known as ‘Len’ to his mates he joined the AIF as an 18-year-old in 1943 and served in the Pacific. After the Second World War he volunteered for the occupation force in Japan. Lenoy was promoted corporal in the 3rd Battalion, the Royal Australian Regiment (3RAR), and was part of the UN Command in September 1950. A natural leader and popular character he was a Temporary Sergeant when the battalion distinguished itself at the Battle of Kapyong on 24 April 1951. Lenoy was killed manning a machine-gun during the battle. He is buried in the UN Memorial Cemetery, Busan.

Pilot Cecil Sly, from Woodburn NSW, was forced to bail out of his burning Mustang fighter behind enemy lines in March 1951. His evasion from capture and rescue by helicopter while under fire from Chinese infantry is described in the official history as ‘the most dramatic rescue of an Australian pilot in the war’. His courage and skill earned him a Distinguished Flying Medal from the RAAF and a US Air Medal from the Americans. Sly completed his tour in Korea flying Meteor jets. After Korea he served on Malta. Sly resigned from the RAAF with the rank of Flight Lieutenant in 1957.

Grace Elizabeth Bury from Bairnsdale had just turned 24 when she deployed to the Korean War. Grace, known as Gay to her friends and colleagues, served as a nursing sister attached to No. 77 (Fighter) Squadron RAAF from mid-April to late May 1953. A popular character among the squadron she is remembered for presenting them with ‘Marilyn’, a young female goat, to serve as squadron mascot. At that time the Squadron was flying Meteor jets out of Kimpo military airfield. Nursing Sister Gay Bury’s task was to prepare and accompany the wounded on medical evacuation flights from Korea for further medical treatment in Japan. After the war she married and changed her name to Halstead.

Warwick Bracegirdle was always going to join the Royal Australian Navy (RAN). His father was a Rear Admiral with service in the Boxer Rebellion, the Boer War and the Great War. Warwick entered the RAN as a cadet midshipman at the age of 14. During the Second World War he earned two Distinguished Service Crosses. He earned a third for leadership commanding HMAS Bataan during its second tour in Korean waters in 1952. While directing fire against a North Korean shore battery, an enemy shell hit his cabin. He was on the bridge and so unharmed however to his annoyance, and his fellow officers’ amusement, his dress uniform was shredded. Bracegirdle retired in 1957.

In the last battle of the Korean War teenage sergeant Brian Cooper of East Perth and a handful of his men held a machine-gun bunker on Hill 111 covering the flank of the trenches on the ‘Hook’, a feature above the Samichon river held by the rest of the 2nd Battalion, the Royal Australian Regiment (2RAR). As Chinese troops swarmed around his bunker Cooper called down artillery onto his own position. Miraculously they survived and in the morning hundreds of enemy bodies were taken from the roof. The armistice came into effect less than 48 hours later. Cooper was awarded the Military Medal for bravery.

Francis George Hassett graduated from the Royal Military College in 1938 demand demonstrated leadership and courage during the Second World War. In Korea, his planning and command of the 3rd Battalion, the Royal Australian Regiment (3RAR) and supporting units during the Battle of Maryang-San in October 1951, earned him a Distinguished Service Order and a reputation as one of the most admired battalion commanders in the Korean War. He was just 33 at the time. General Hassett rose to be Chief of Defence Force Staff and by the time he retired in 1977, his string of military awards included a knighthood.