At Elanora Heights there's a wonderful garden that has been planned out and grown by Uni Educator Selena Griffith over many years. There's chickens, all kinds of flowers and fruits and vegetables and wonderful trees - it's a veritable oasis of goodness nestled in the green hills running up into Ingleside.

Into this garden, as active 'garden helpers' as Selena tells us, come all sorts of six legged insects - beautiful creatures that help tend the earth. Selena finds them amazing, "cool bugs" she calls them, and takes photos of them 'doing their thing' at every opportunity.

Here's a few Selena has seen so far this Summer - for all you little boys and girls who keep telling us you 'love them!':

Weevils are certain beetles, namely the ones belonging to the superfamily Curculionoidea. They are usually small and herbivorous (they eat plants). About 97,000 species of weevils are known! 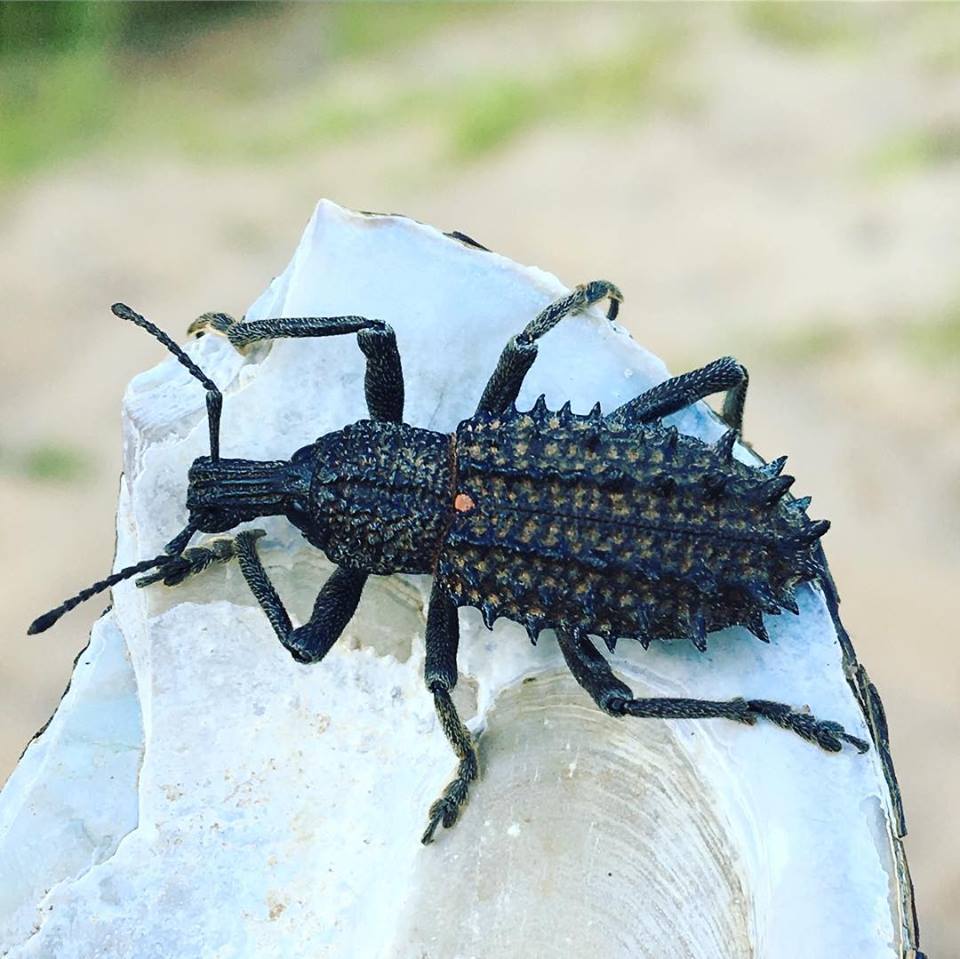 Paper Wasps build wide cone shape nest hanging with single stalk. They are social wasps living in colonies in a nest built of  "paper". Those nest building materials are chewed plant materials such as decayed timber, mixed with their saliva. Paperwasps, like ants and some bees, are social insects. Each nest is a colony of females. Only one female, the queen, lays all the eggs. All the other females are workers. They help their mother queen feed their sisters and also help in building and expanding the nest.

At the end of the Summer the colony produces male and fertile female wasps.

They will attack and sting if their nest are disturbed, so look, but don't get too close and don't touch! 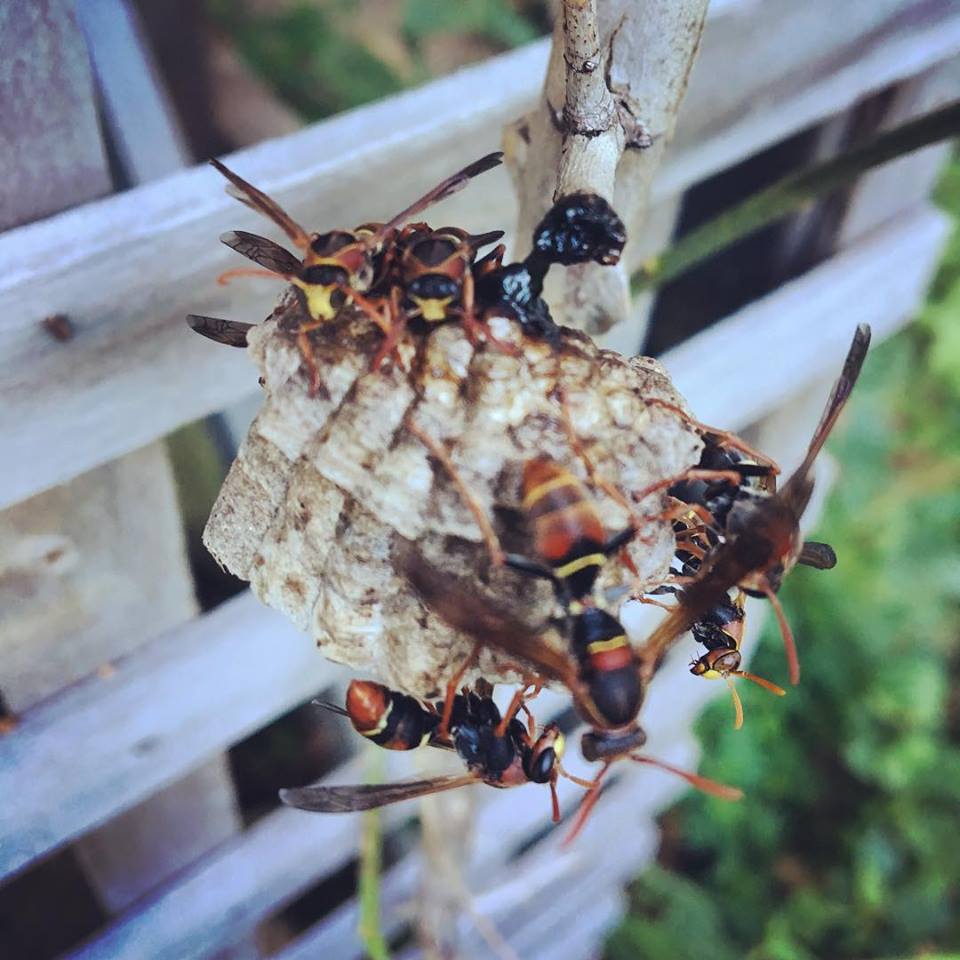 There are more than 550 Australian species of stink and shield bugs, most in the Family Pentatomidae.

The Pentatomoidea are a superfamily of insects in the Heteroptera suborder of the Hemiptera order. They are commonly referred to as shield bugs, chust bugs, and stink bugs. The roughly 7000 species under Pentatomoidea are divided into 14 or 15 families.

The nymphs and adults have piercing mouthparts, which most use to suck sap from plants.

Selena says there are four other kinds of bugs in this photo - can you spot them all? Some are very well camouflaged. 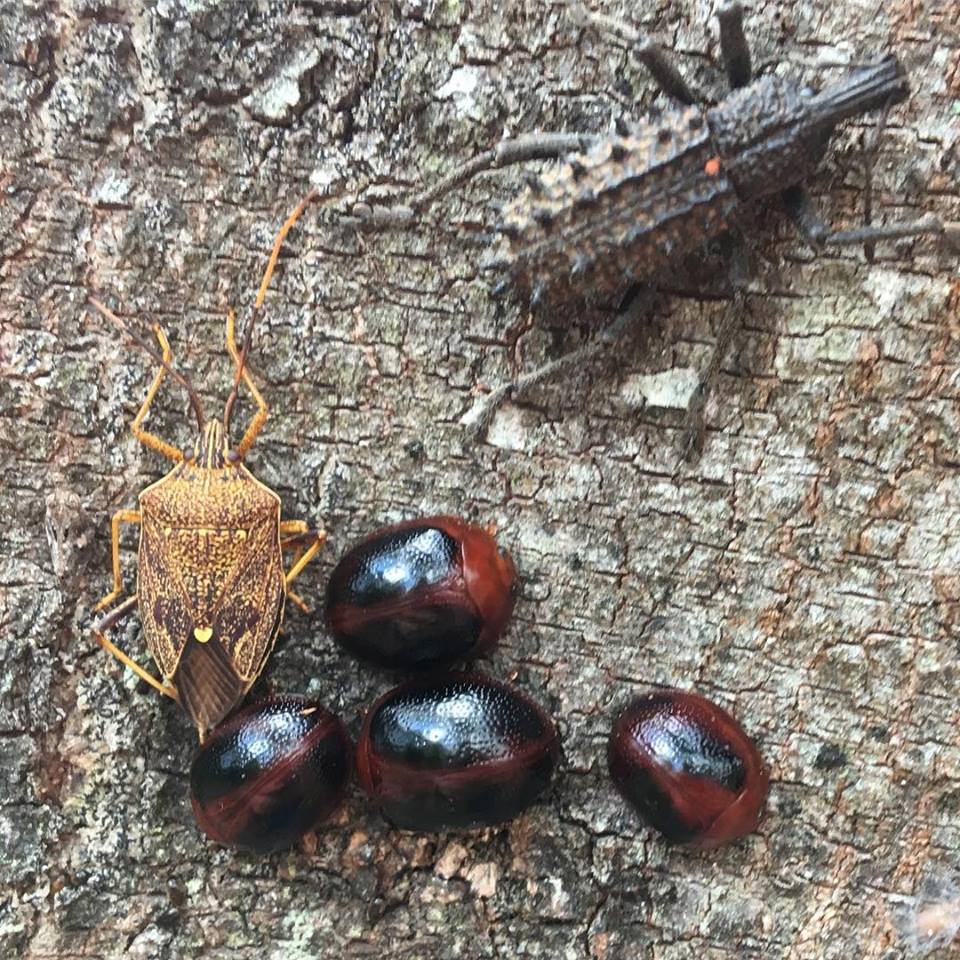 Insects in the family Tettigoniidae are commonly called katydids in Australia and here there are around 1000 described species. Grasshoppers, locusts, crickets and katydids all belong to a group of insects known as orthopterans (meaning 'straight wings').

The family name Tettigoniidae is derived from the genus Tettigonia, and means 'leafhopper'. The name 'katydid' comes from the sound they make when calling to other katydids.

The lifespan of a katydid is about a year. Females most typically lay their eggs at the end of summer beneath the soil or in plant stem holes.

Tettigoniids are found on every continent except Antarctica, although most live in the tropical regions of the world. 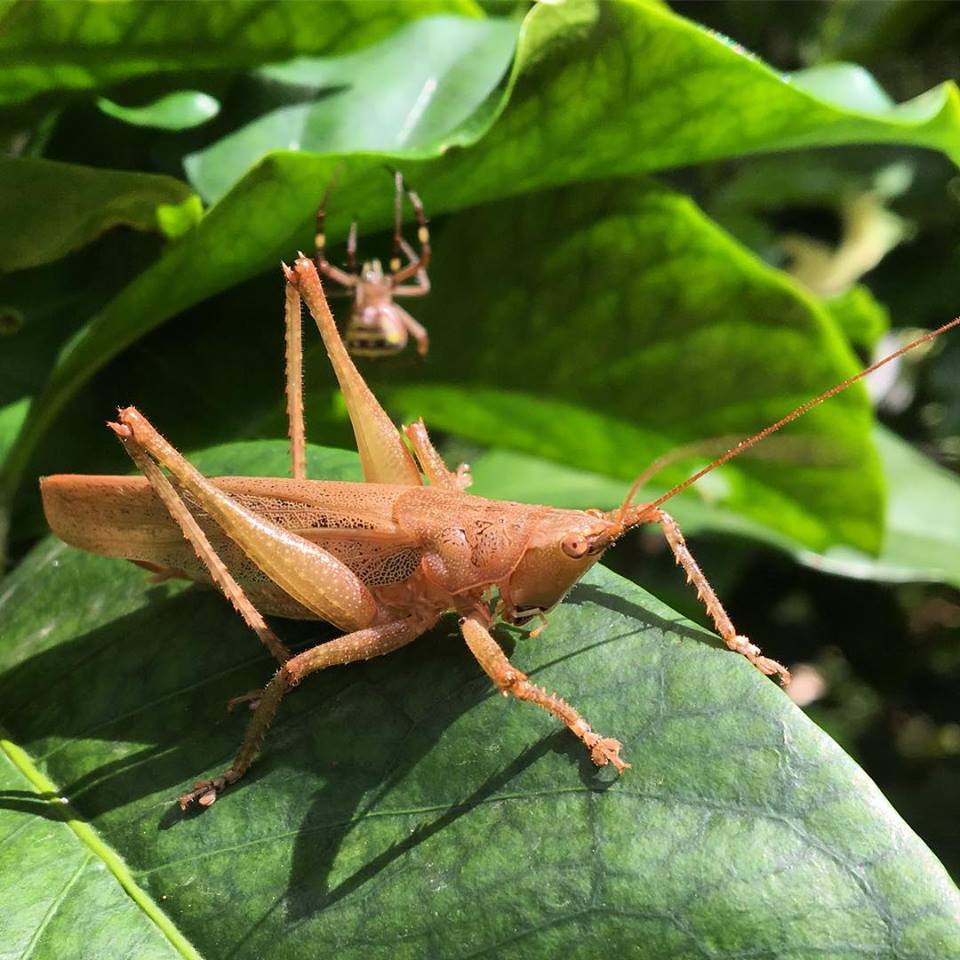 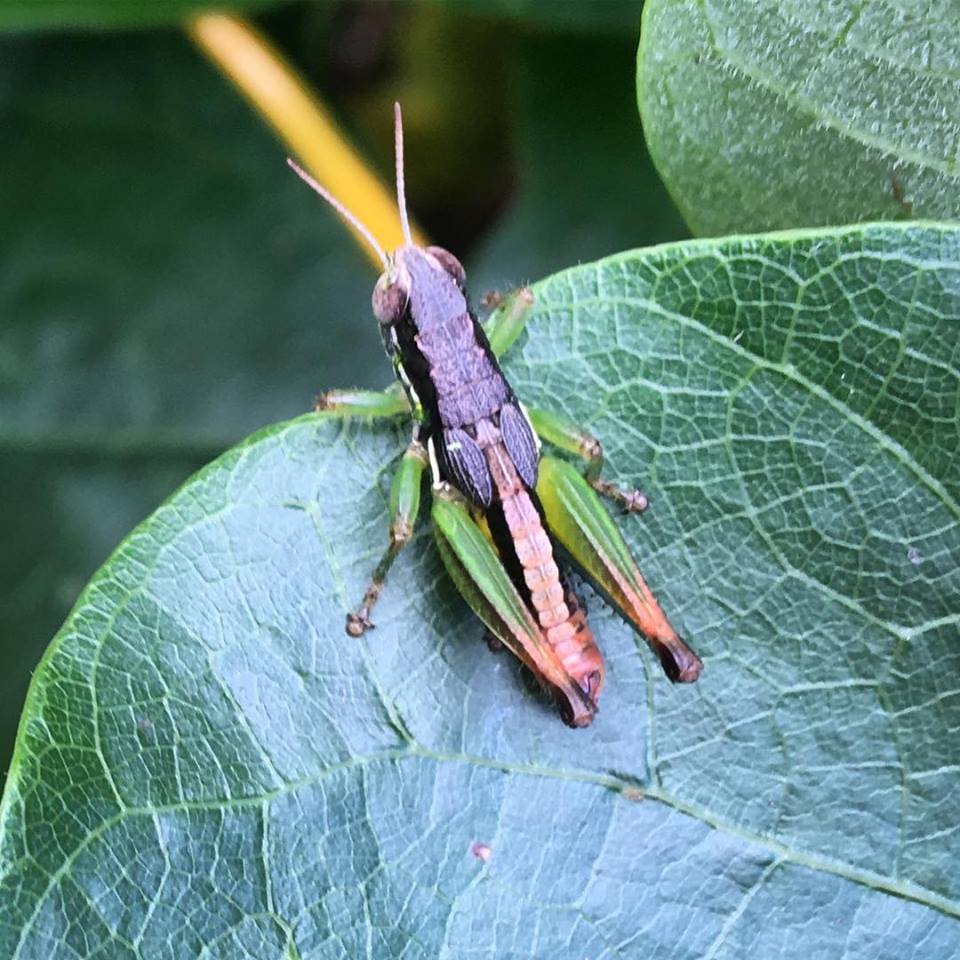 The Phasmatodea (also known as Phasmida or Phasmatoptera) are an order of insects whose members are variously known as stick insects in Australia.

The group's name is derived from the Ancient Greek φάσμα phasma, meaning an apparition or phantom, referring to their resemblance to vegetation while in fact being animals. Their natural camouflage makes them difficult for predators to detect.

Members of the order are found on all continents except Antarctica, but they are most abundant in the tropics and subtropics. They are herbivorous, with many species living unobtrusively in the tree canopy.

Some species have wings and can fly! 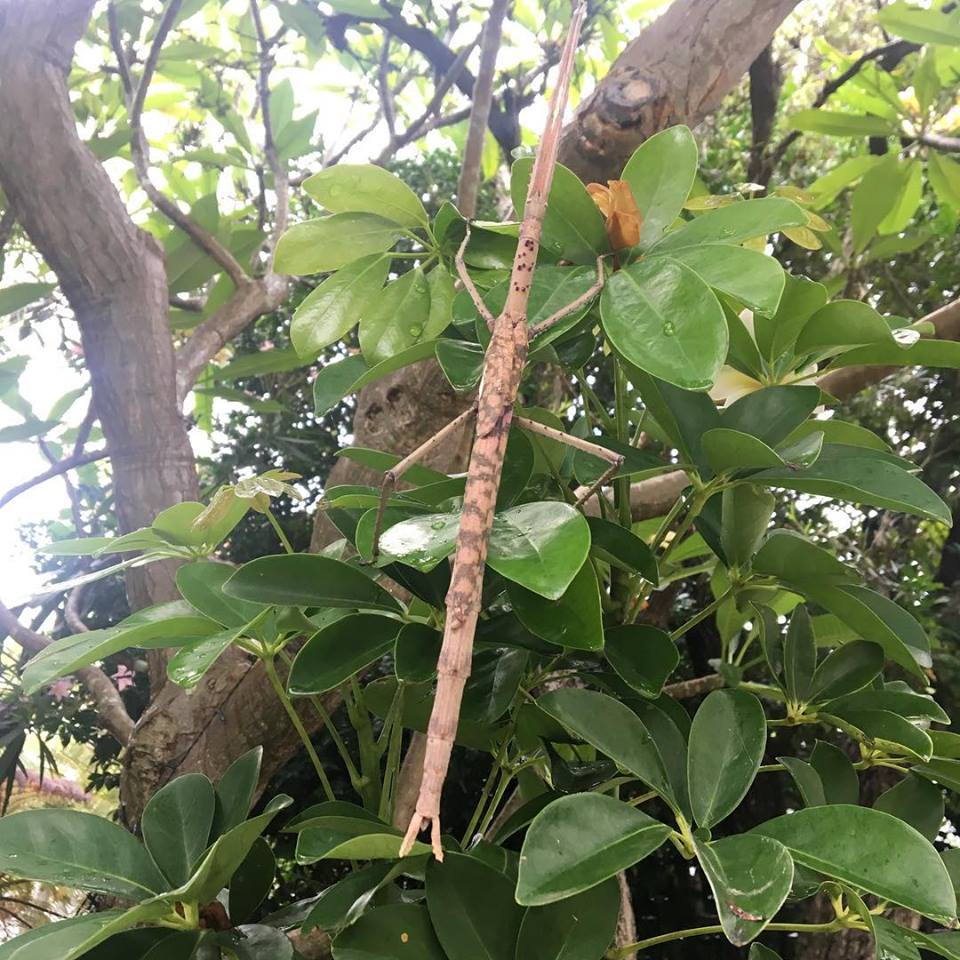 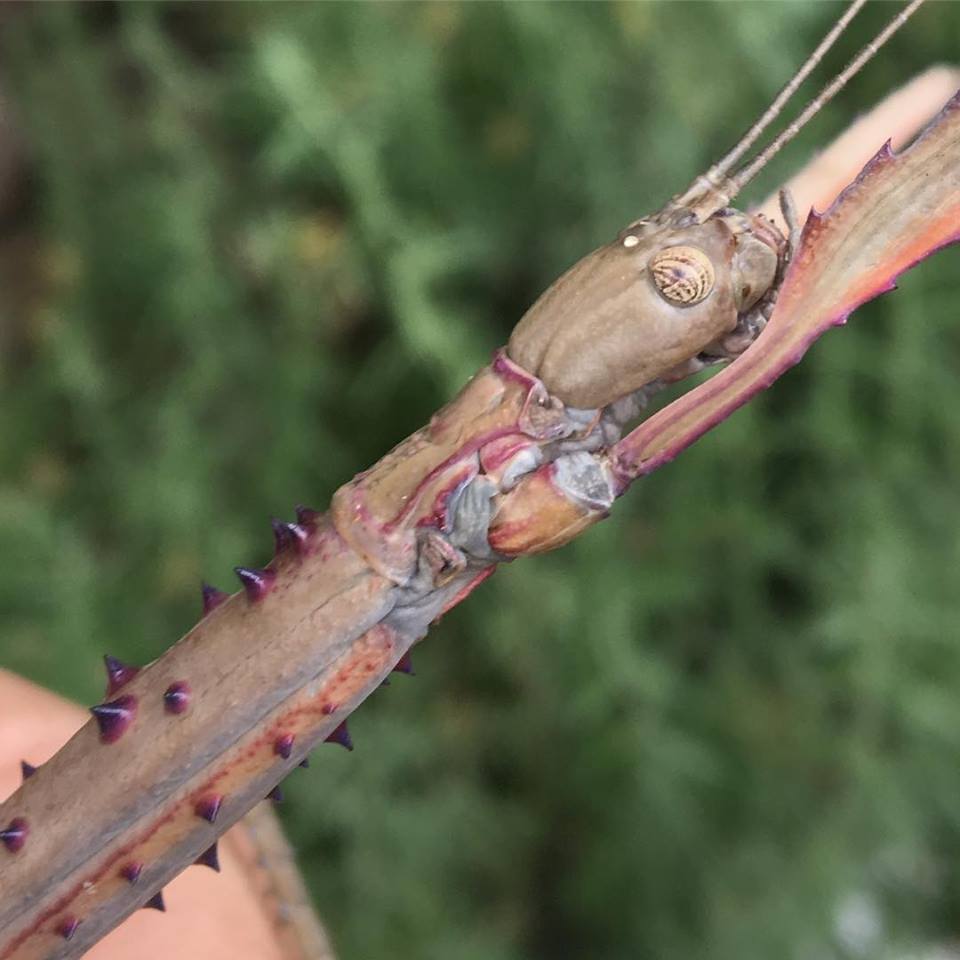 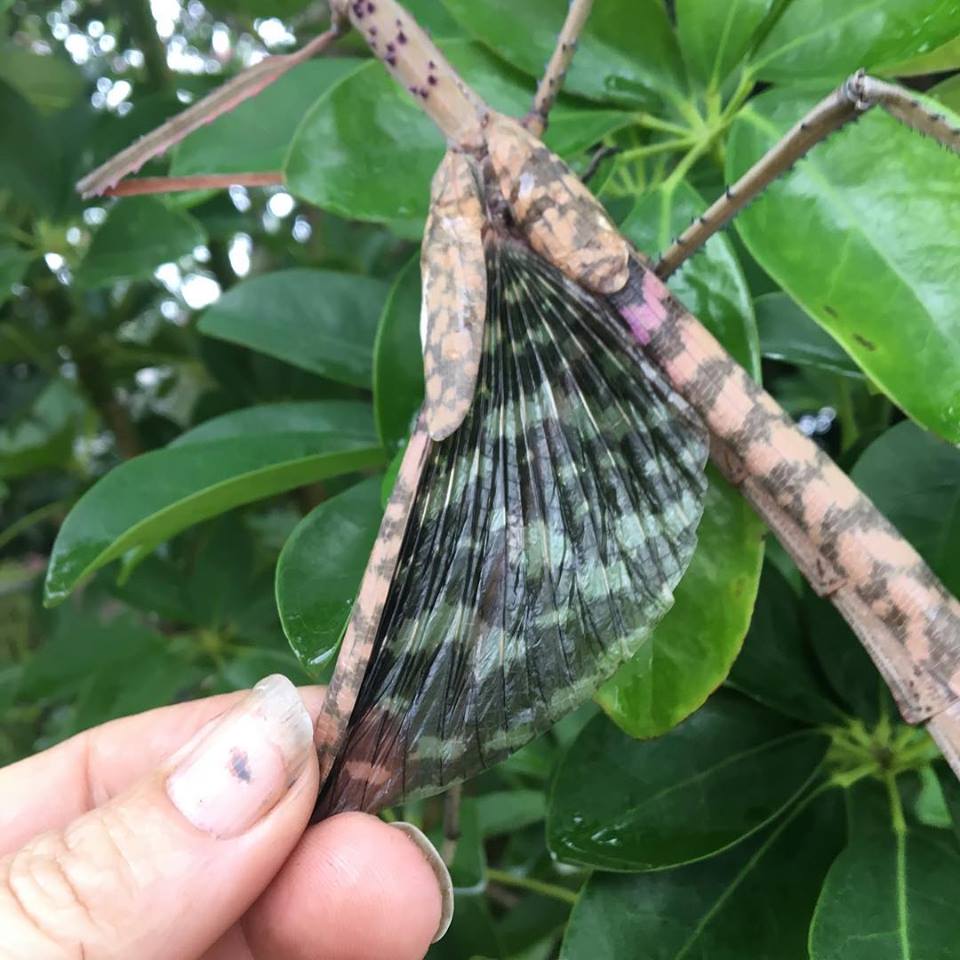 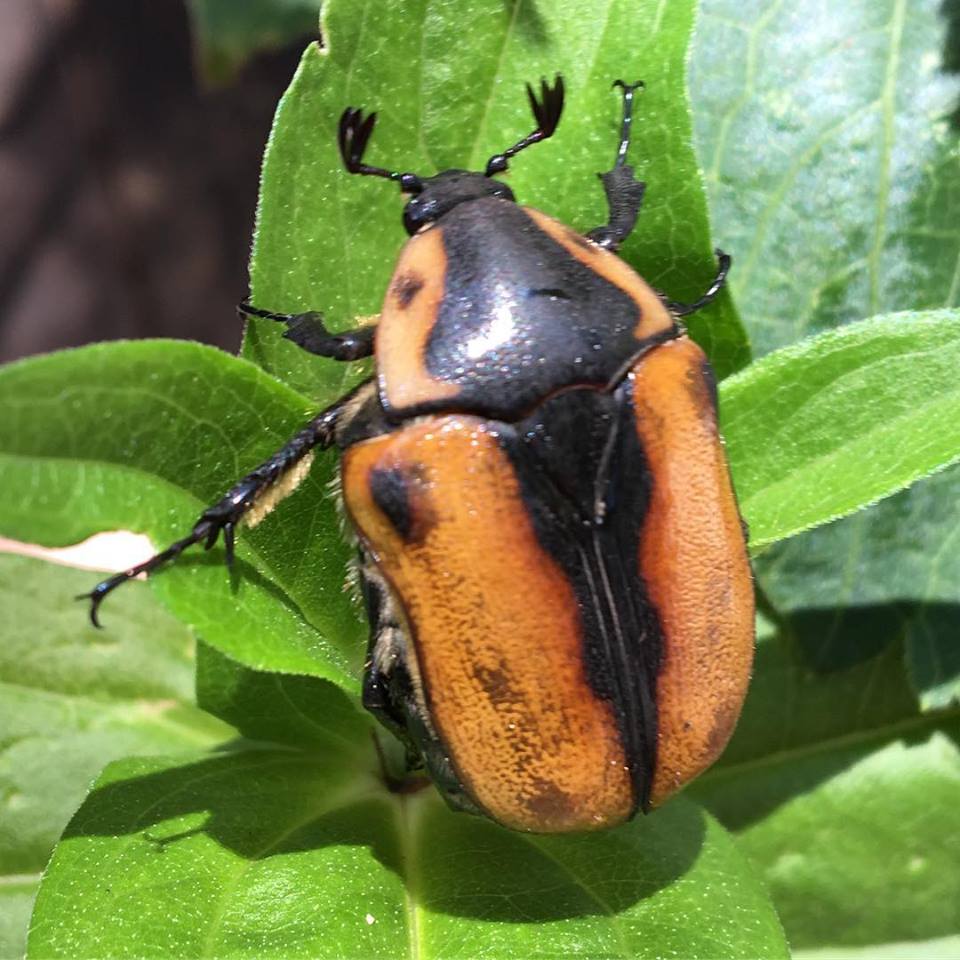 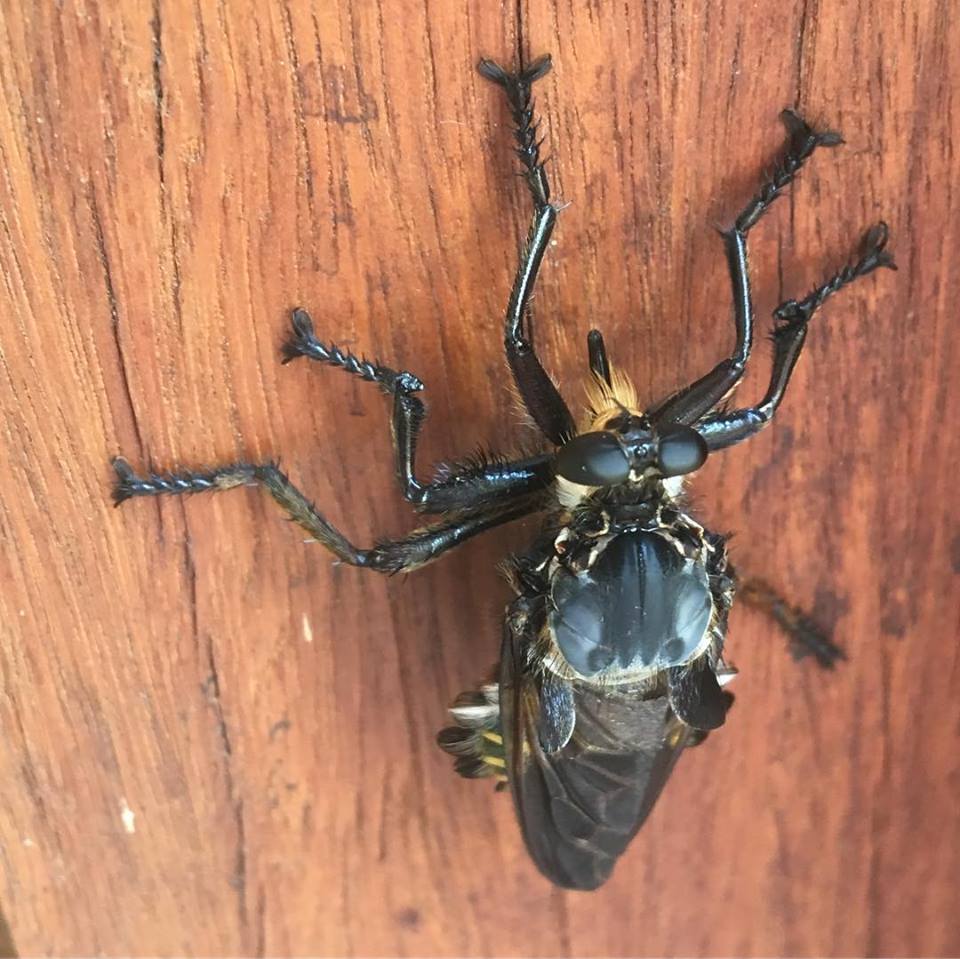 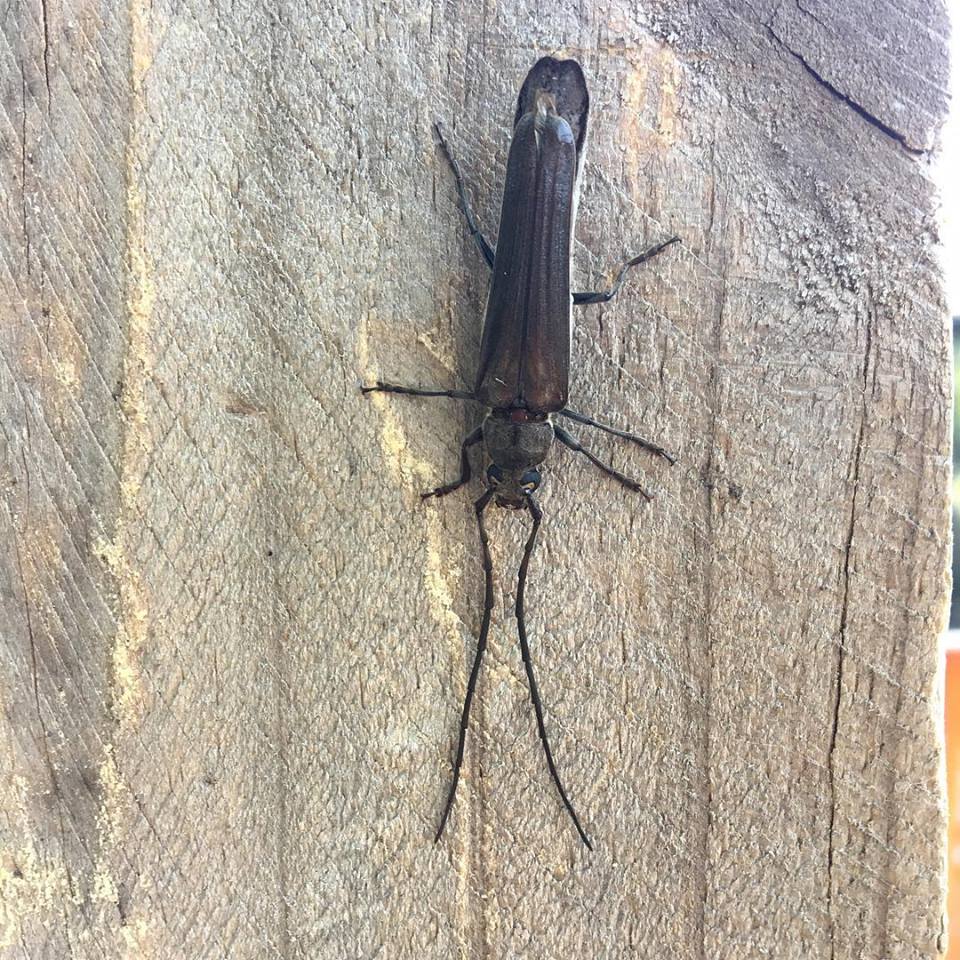 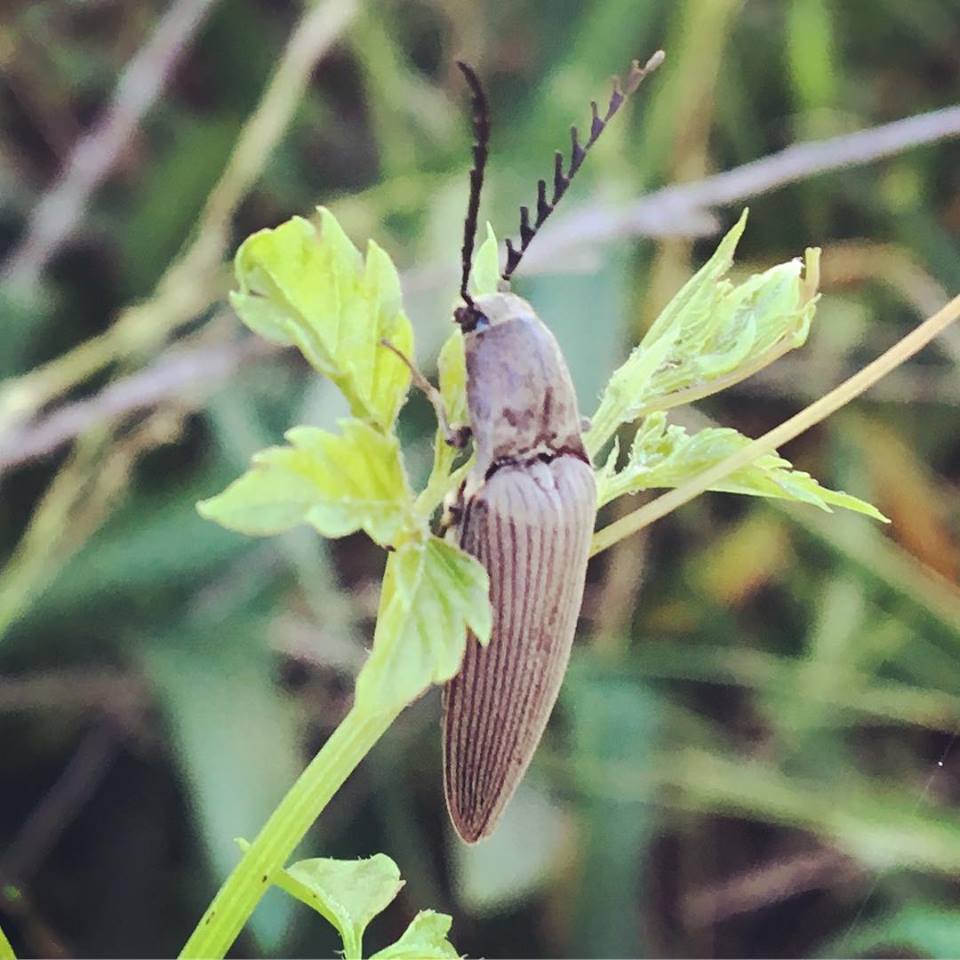