Continued warming of Australia's climate, an increase in extreme fire weather and length of the fire season, declining rainfall in the southeast and southwest of the continent, and rising sea levels are some of the key trends detailed in the latest State of the Climate report, released Friday November 13 by the Bureau of Meteorology and CSIRO.

This sixth biennial State of the Climate report draws on the latest climate research, encompassing observations, analyses and projections to describe year-to-year variability and longer-term changes in Australia’s climate. The report is a synthesis of the science informing our understanding of climate in Australia and includes new information about Australia’s climate of the past, present and future. The science informs a range of economic, environmental and social decision-making by governments, industries and communities.

Observations, reconstructions and climate modelling paint a consistent picture of ongoing, long-term climate change interacting with underlying natural variability. Associated changes in weather and climate extremes—such as extreme heat, heavy rainfall and coastal inundation, fire weather and drought—have a large impact on the health and wellbeing of our communities and ecosystems. They affect the lives and livelihoods of all Australians.

Australia needs to plan for and adapt to the changing nature of climate risk now and in the decades ahead. Reducing global greenhouse gas emissions will lead to less warming and fewer impacts in the future.

"Our science clearly shows that, due to increasing greenhouse gases, such as carbon dioxide, in the atmosphere, Australia's climate is continuing to warm, and the frequency of extreme events such as bushfires, droughts, and marine heatwaves is growing," CSIRO's Climate Science Centre Director Dr Jaci Brown said.

The Bureau of Meteorology's Manager of Climate Environmental Prediction Services, Dr Karl Braganza, said the report found the warming trend in Australia was contributing to increases in extreme fire weather and the length of the fire season.

"There has been a significant increase in the frequency of dangerous fire weather days across Australia, particularly during spring and summer, leading to an earlier start to the southern fire season," Dr Braganza said.

"Climate change is influencing these trends through its impact on temperature, rainfall, and relative humidity, and the resulting change to the fuel moisture content."

Australia's changing rainfall pattern was another key observation documented in the report, with contrasting trends being observed across the north and south of Australia.

"In the southwest and southeast of Australia we are seeing drier conditions, particularly in the cool season months of April to October," Dr Braganza said.

"In southwest Australia, for example, cool season rainfall has decreased by around 16 per cent since 1970.

"These trends are projected to lead to more time spent in drought in the coming decades.

"In contrast, rainfall has increased across most of northern Australia since the 1970s.

"While highly variable from year to year, there have been more 'wetter than average' years in recent decades."

The oceans around Australia are also being affected by climate change, leading to significant impacts on marine ecosystems.

Surface waters are acidifying, and the frequency, intensity and duration of marine heatwaves has increased.

"These trends, which are projected to continue in the coming decades, are already posing a significant threat to the long-term health and resilience of the coral reef ecosystems around Australia’s coast," Dr Brown said.

COVID-19 lockdowns and economic downturn helped reduce global emissions in 2020 but has not been enough to make a discernible impact on carbon dioxide levels in the atmosphere.

Measurements taken at the Cape Grim Baseline Air Pollution Station in northwest Tasmania show that carbon dioxide levels in the atmosphere have been increasing since pre-industrial times (around 1750), with fossil fuel emissions being the principal driver of this growth.

"This report presents a synthesis of our most up-to-date understanding of the changing nature of Australia's climate, providing a sound base for economic, environmental and social decision-making now and into the future."

State of the Climate 2020 is the sixth report in a series published biennially by the Bureau of Meteorology and CSIRO, which together play an integral role in monitoring, measuring and reporting on weather and climate.

The State of the Climate 2020 report can be found on the CSIRO and Bureau of Meteorology websites.

"The signals of climate change are clear in the observed trends described by State of the Climate, and the impacts of this are being observed across the Australian economy now.

"Businesses of all kinds face unprecedented climate risks in the future; the magnitude and consequences of these dependent on the decisions and actions we take today.

"For instance, our decisions around the types of infrastructure we fund, what we grow on our farms, and how we manage our water resources must be resilient to climate change in order for Australia to remain prosperous and secure.

"At CSIRO we are providing Australian businesses, including in the financial services sector, with clear actionable advice and insights on climate risks, transition and adaptation."

"The effects of these are widespread, impacting food production, supply chains, regional communities and consumer prices. Our farmers are resilient and capable, but climate change exposes them to significant risks.

"At CSIRO, we are working on technologies and building system wide capability to support Australian farmers in navigating climate risks, while at the same time helping mitigate agriculture's contribution to climate change, and even capture opportunities in a greenhouse gas constrained economy."

"The energy sector in Australia is navigating a major transition towards net zero emissions by 2050 through smart energy networks, increased share of clean energy sources and integrated new storage solutions. Despite the growing complexity, this shift needs to be affordable, reliable and sustainable.

"Our role at CSIRO is to accelerate this decarbonisation of electricity, industry and transport sectors by delivering transformational science, technologies and solutions.

"Our clean energy systems will have profound impacts on sustained prosperity of Australia and on the way we live."

"The increase in dangerous fire weather frequency in Australia is clear in State of the Climate. Our improved understanding and predictions of bushfire timing, behaviour and spread is critical to minimise risks and potential damage in the future.

"Under increasing dangerous fire weather conditions as described in the Report, where and how we live and how we develop our infrastructure, will play an important part in responding to bushfire threats.

"At CSIRO we work closely with operational agencies, governments and communities to help prepare, respond to and recover from bushfires." 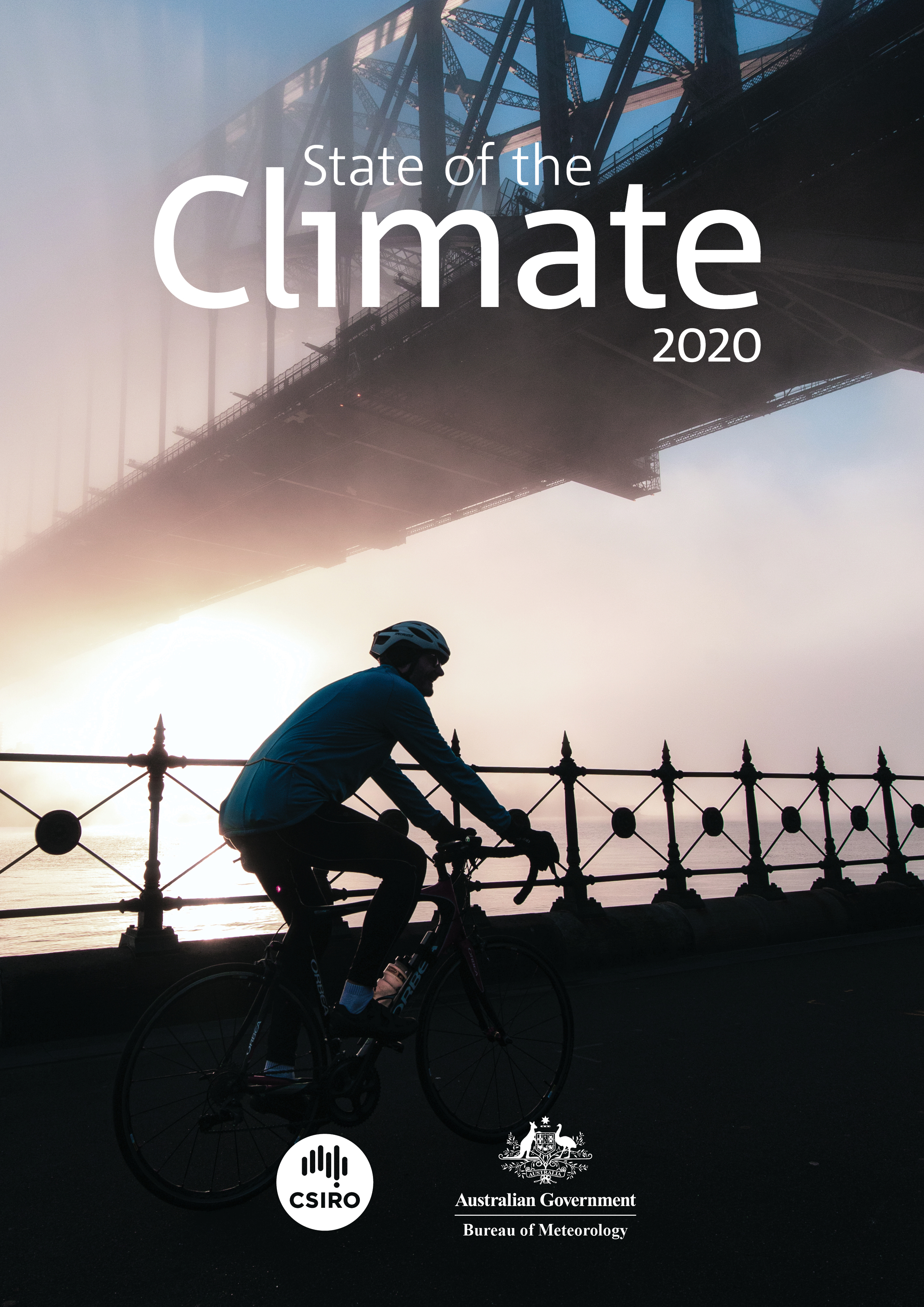