The journey to Soibada…OR…How are we going to get those water tanks up the mountain? 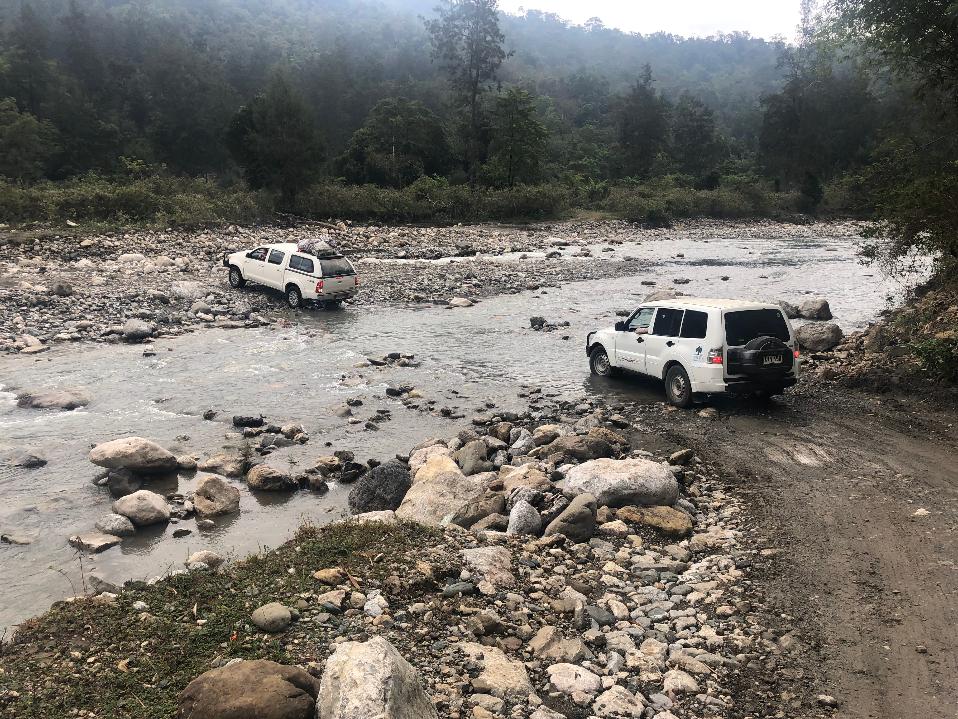 The long journey from the capital city of Dili in Timor Leste to Pittwater’s sister village of Soibada is always fraught with adventure. The sun was just coming up over the mountains as our convoy wound its way up and out of the city. Timor Leste is always busy at this time of day. There were people setting up market stalls by the roadside, children already traipsing to schools in small purposeful groups and lots of people heading to morning Mass at the local Catholic churches that peppered the country side.

There has been a lot of work to the roads in the last few years and conditions have improved steadily. The road out of the city clung to the cliff edge of the coast for quite some time and I was glad of the limited visibility of early morning. Eventually the sparkling blue water came into view and you could see the islands of Indonesia in the distance. I wondered about the safety of the fisherman in canoes just offshore as we passed a crocodile warning sign bear the mangroves.

Eventually we crossed a large bridge into the town of Manatuto and turned right to head high into the mountainous interior of the island. I was constantly checking the mirror to ensure all our vehicles were still there. It is safe travelling in Timor Leste these days but we needed to stick together and I had made sure each car had someone who could speak a little Tetun (the native language) just in case we had car troubles or were separated.

My driver Miguel indicated we should make a toilet stop as we reached a more dense patch of scrub on the roadside. Just a bit further along the road we came across the truck carrying our water tanks. I was relieved to see them. The driver and the woman with him greeted us like long lost relatives. Hugs and double sided kisses in Portuguese style.

The winding roads gave way to unsurfaced pot holed tracks as we got closer to Soibada. The temperature dropped the further up the craggy mountains we climbed. The vegetation changed too. It was very dry and brown near the coast. The red soil similar to the Northern parts of Australia as would be expected. The further inland we got the more lush and tropical it became. Rice paddies bordered the route through Manatuto.  Palm trees, vines and bamboo covered the mountainside. You could occasionally see a wild coffee plant in amongst it. I couldn’t help thinking what it must have been like for our soldiers here in WW2 or the Timorese resistance fighters in the jungle in the 1990s.  Just the thickness of the foliage made evident the need for most Timorese to carry a machete with them.

The villagers had told me over Facebook in recent weeks that the river was low for this time of year. We passed a statue of The Virgin Mary at the turn off and I was relieved as we headed back down the hill towards the water. The river crossing is something that tests my mettle each visit. It was fast flowing but certainly wouldn’t reach the bonnet of the car as it sometimes did.

We were welcomed with waves and shouts as we entered the village. When the guesthouse came into view we could see the guttering for the clinic and the washing machine that Royal Australian Navy ship HMAS Leeuwin had delivered earlier for us. I am still mildly shocked when things work out according to plan – the logistics are always quite a challenge. It was at that moment we received word that the truck and the tanks were stuck in the river. We unloaded our cargo and some of the guys headed back down to give them a hand. Unloading the vehicles took quite some time and the rain began to come down creating an instant slippery mud path to the front door. We were very conscious of leaving muddy footprints on the shiny white tiles of the entranceway.

After a lot of perilous skidding and sliding the truck was greeted with cheers as it was towed up the hill. Our major project for this visit – the installation of guttering and water tanks in the maternity clinic depended on this truck! It was all we could do to convince the volunteers to wait until the next day to get stuck into the task.

We were warmly welcomed into the guesthouse in the suco (sub village) of Leo Hat. This building was built by locals and financed by our community on the Northern Beaches as a way of helping the people earn an income through tourism and hospitality. The ladies had some strong Timorese coffee waiting for us and some cassava for afternoon tea. Fatigue over took us by the time we had erected our mozzie domes and as night descended it became apparent that any more work would have to wait until the next day. 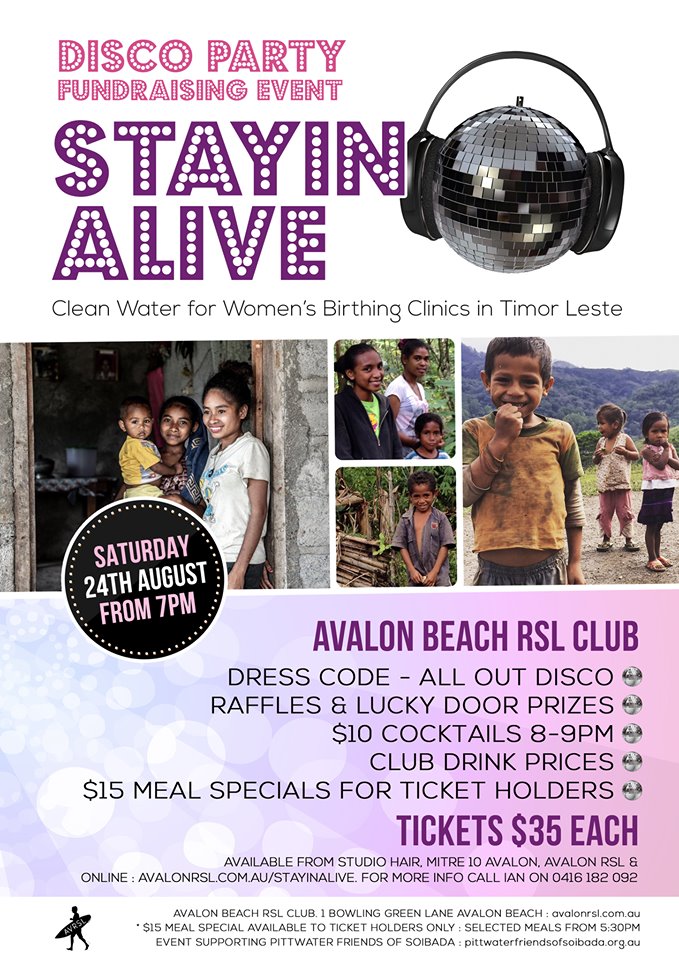 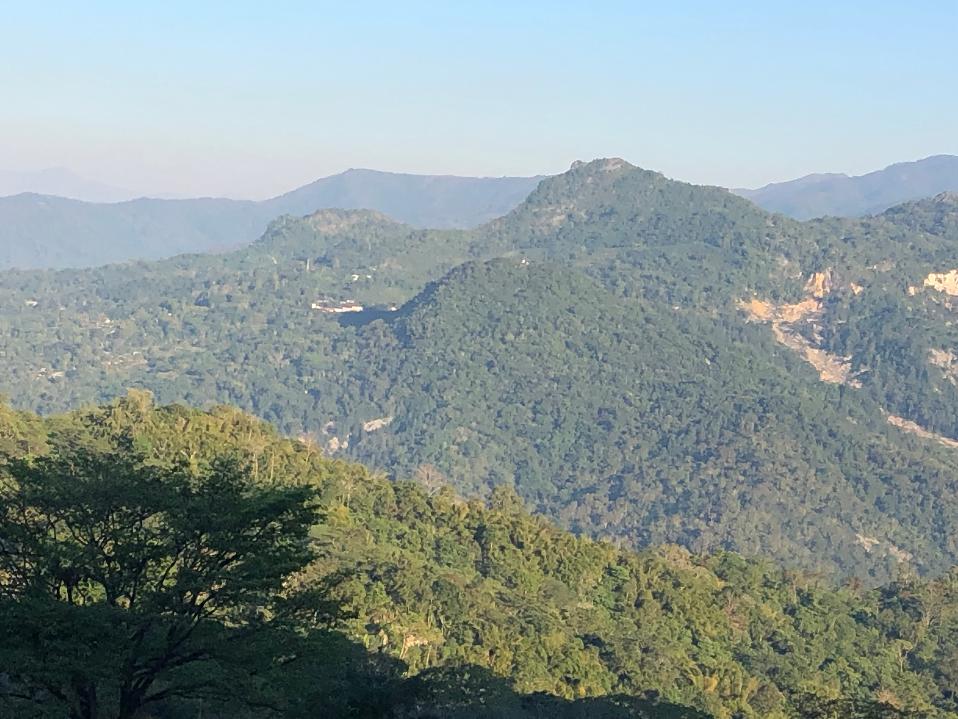