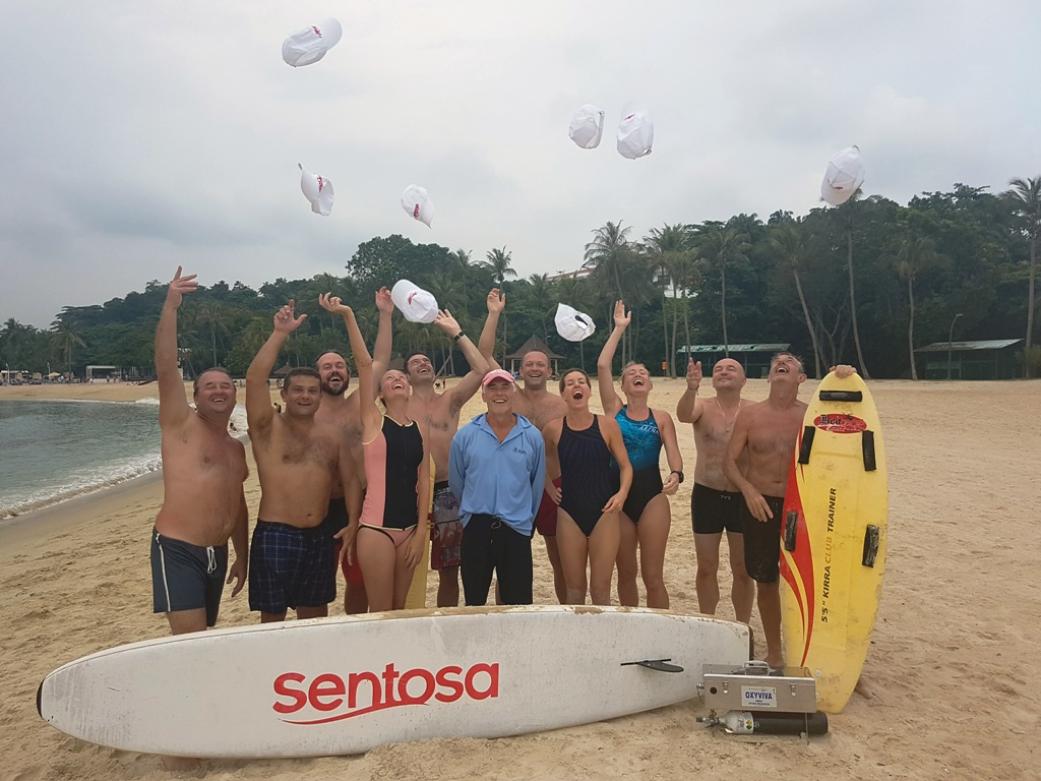 Photo of the Singapore Nippers ex-pats and Jeff Nesbitt celebrating their successful completion of their Bronze Medallion assessment - congratulations you champions!
Surf Life Saving is a movement that sprang from community and remains firmly embedded in community. It crosses borders and reaches out to include and encompass all who want to get involved – inclusiveness may not be part of the motto “Vigilance and Service.” but it is there by inference.
In 2015 a lady who had once been an Australian Nipper at Coolum Beach Surf Life Saving Club, Skye Wellington, wanted to share what she had experienced as a youngster and began what is called Singapore Nippers.
“During the week there might have been family or school issues going on in each others lives, but on Sunday mornings we stood together and stared down waves, competed to grab flags and had aching legs from running in sand.” Skye says in an April 2017 article in HoneyKids magazine – where she was once Editor.
To complete the online component of their Bronze 10 soon to be qualified Age Managers for Singapore Nippers enlisted as members of Avalon Beach SLSC. Leanne Austin did the legwork here on the Admin. side, working with branch to make it happen.
Avalon went further with that gentleman who seems front and centre at so many Youth and Nippers developments, Mike Stanley Jones, paying for he and his son to travel to Singapore in February this year to put the potential ‘Bronzies’ through their paces in two consecutive weekend training sessions.
“We then went on a bit of an Asian jaunt – it was a great opportunity for a dad-son trip.” Mike explained on Saturday. 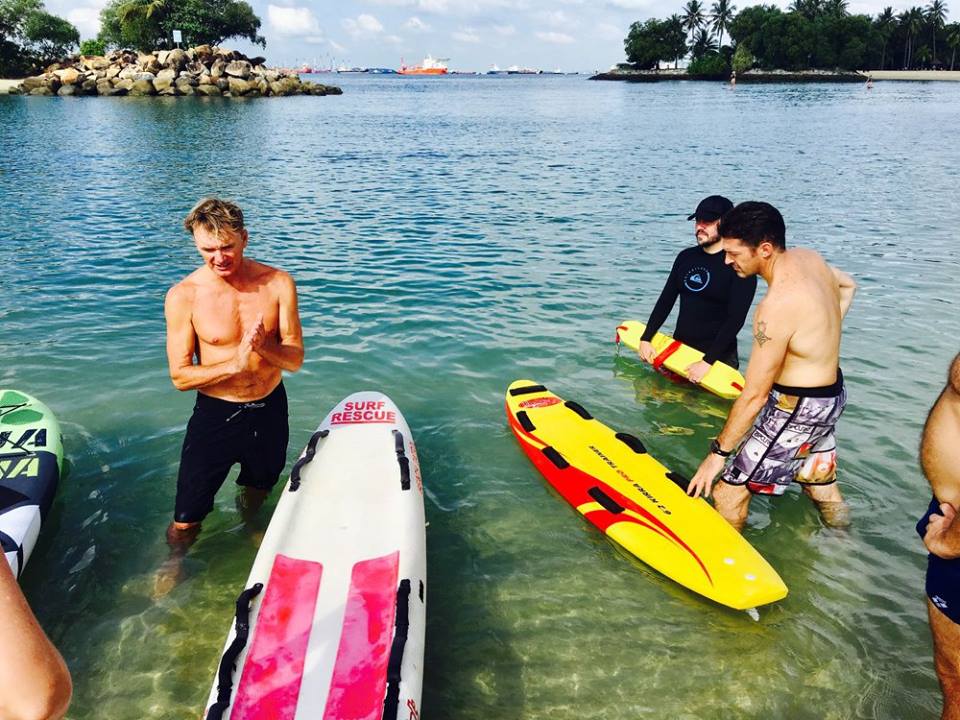 MSJ at Tanjong Beach - photo courtesy Singapore Nippers.
In March Jeff Nesbitt, a SLSA Assessor, Avalon Beach SLSC Age Manager and recipient in 2016 of the Norman Cook Most Outstanding Member of the Year, went to assess the first group - all passing with flying colours.
In September Belle Schmidt (Bilgola SLSC), and Louise Lindop (Avalon Beah SLSC) will travel north to train the next group of Bronzies.
This is not the first time members of Avalon Beach SLSC have travelled overseas to share their knowledge and support the growth of surf life saving, and probably won’t be the last. The Singapore-Avalon Beach connection is a great reminder that from little things great things grow, or that sharing the passion for developing a great future for those growing tall now through surf life saving can happen everywhere there’s a beach.
As this is essentially a story that should be told by Skye, we run her recent post in the ANZA magazine (available online) below.

Posted By Skye Wellington, Thursday, 30 March 2017
Tanjong Beach was hit by a big wave on the 12th of March. A wave of 95 Nippers ready to get sandy, salty and super smart when it comes to surf awareness. Surf in Singapore? You betcha! ANZA Singapore Nippers, a Sunday morning activity where kids from 4-14 can learn beach and ocean awareness, is off to a splashing start in 2017 and we’re already using the wake from passing ships to create our own swell for events like the run, swim, run and board rescue. Waves Shmaves!
And the swell is not just in the sea. ANZA Singapore Nippers has been amazed by the groundswell of support we’ve received from parents, participants and our awesome partner, Swish Swimming, since we started our first season as an ANZA sport a few weeks back. So much so that almost all our age groups are full to the brim as we spill into the water each weekend.
So far we have almost 100 participants across 6 age groups, 60 families of 8 different nationalities, 25 coaches that skip a Sunday sleep, 10 Bronze Medallion recipients through our affiliation with Avalon Beach Surf Life Saving Club, and 9 boards that are forcing all of us to buy roof racks.
And we want to offer up some more places!
There’s a lot of kids waiting for the chance to wake up their parents early on a Sunday morning, don a cap, and have a game of chain tiggy or thong flags. To keep up with demand and provide more spots in Season 2, starting in September, we need to train a keen new bunch of potential Age Managers and Assistants so we can maintain our all-important 1:5 water safety ratio. Our new dedicated batch of Bronze Medallion trainees are at the ready to swim 400 metres in under 9 minutes, pull off a spinal rescue, memorise arm signals for communicating across the beach, and perform resuscitation with oxygen.
All we need now is some fitness and funds. So if you want to help us reach our goal, either as a sponsor or a potential member, get involved here.
Like all good things, ANZA Singapore Nippers is greater than the sum of its parts. We are much more than a random group of people doing the same activity. We are a community. We not only teach beach and ocean awareness, we inspire awareness of others and our world. We don’t just build strength, we build strength of character.
And we can’t wait to share our love of the great outdoors here in Singapore!
Who We Are
The motivation to start Singapore Nippers was, and remains, to create a sense of community. Nippers is ultimately about teaching beach and surf awareness through team and strength building activities. More than that we are passionate about connecting with families through ideals of perseverance, belonging, teamwork, having a go, respecting the natural environment, and plain old good fun.
Nearly every Sunday since April, families that previously didn't know each other have met and contributed their time and support to make Singapore Nippers a reality. We are proud of the progress we have made with our founders and are getting set to welcome other families who want to grow with us. If you're willing to get involved in any way, (from coaching to supplying oranges!) then get in touch. And no, you don't have to be Australian..we are international!
Singapore Nippers is a not-for-profit volunteer group where children from 4-14 can learn beach and surf awareness through fun and challenging team and strength building activities. In the tradition of Australian surf lifesaving, we plan to draw together families in Singapore that want to teach and learn beach and surf skills for kids. We run sessions on Sunday mornings at Tanjong Beach, Sentosa. Even though Nippers is largely an Australian and South African activity, we are inclusive, international and welcome all nationalities. We only ask that everyone treat each other as they themselves wish to be treated.
We would like to point out that we do not teach children to swim. It is already expected that children can swim adequately, relevant to their age group before they commence sessions. Swim assessments are conducted at the start of the season. If your child does not pass, they may need to move down a group for a period of time or delay starting.
What We Are About
About ANZA – Australia and New Zealand Association
At: www.anza.org.sg
History
ANZA was founded in 1948 and officially established in Singapore in 1961 to provide friendship and support amongst the Australian and New Zealand families based here. ANZA has now grown to a membership base of more than 7000, representing a range of nationalities and age groups including Australian, New Zealand and British, as well as from countries as diverse as the USA, The Netherlands, Germany, Canada, South Africa and Singapore.
1917 - 1948
The organisation was known as the Australian and New Zealand Association of Malaya (registered as a Society in the Colony of Singapore)
1939 - 1945
The ANZAC Club, Singapore, was also operating. In 1941 the Victoria Memorial Hall was opened as a place of rest and recreation for Australian servicemen on leave in Singapore.
1948
ANZA - The Australian and New Zealand Association (Singapore) was founded. The original Australian and New Zealand Association of Malaya ceased to exist.
1948 - 1954
During this period, two organisations - The Australian Association (Singapore) and New Zealand Society (Malaya) also existed.
1961
The actual registration of ANZA occured in August of this year
1974
The Women's Auxiliary Committee was formed
1998
ANZA celebrated its 5th Anniversary
1999
To commemorate ANZA's 50th anniversary in Singapore, a team of members compiled a book entitled "Snippets from the Past" documenting ANZA's history and formation. Also in this year the Women's Auxilliary Committee (now known as ANZA Action) celebrated its Silver Jubilee.
Current day
ANZA is still going strong with more than 7000 members from a diverse range of nationalities 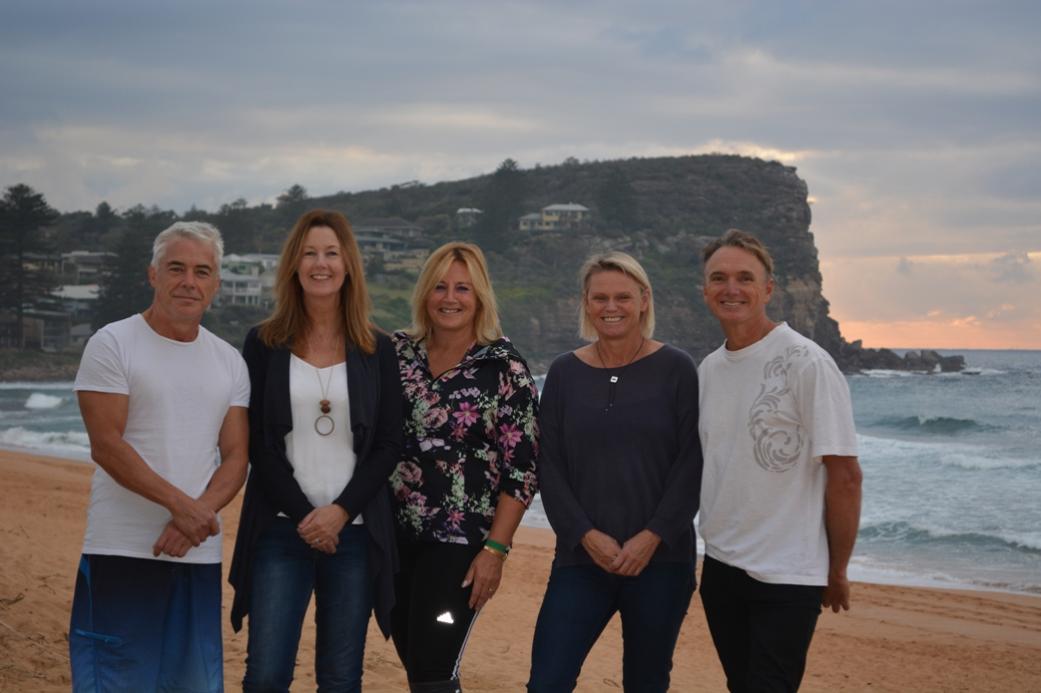