Trying To Conserve Our Environment Is A Tough Gig!

The Save Manly Dam Catchment Committee is a local environmental group that campaigns to protect, preserve and promote, Manly Dam’s waterways, bushland and connected wildlife corridors (whilst also providing a voice on broader environmental issues). This beautiful nature and recreation reserve (comprising 930 acres) is in the hinterland behind Manly’s surfing beaches. It is in an area that was home to the Gayamaygal people for thousands of years and we are hauntingly reminded of their ancient presence through rock carvings and engravings in our locality.

Manly Dam’s wall was built in 1892 to create a water supply for the settlement of Manly and although a beautiful valley was consequently flooded, the native bushland catchment was then strictly protected, to ensure the quality of the water was unsullied.

After WW1, “Manly Warringah War Memorial Park” was formally established on this land. It was Australia’s first war memorial to be created by conserving natural bushland (and Anzac Day services are held here annually).

But fast forward to the more recent times and this beautiful sanctuary has been under assault from all sides.

A huge swathe of the bushland was cleared to create Wakehurst Golf Club (opened in 1971). The Save Manly Dam Catchment Committee was originally formed in an effort to stop illegal tipping (including toxic materials) during construction of the greens and fairways. 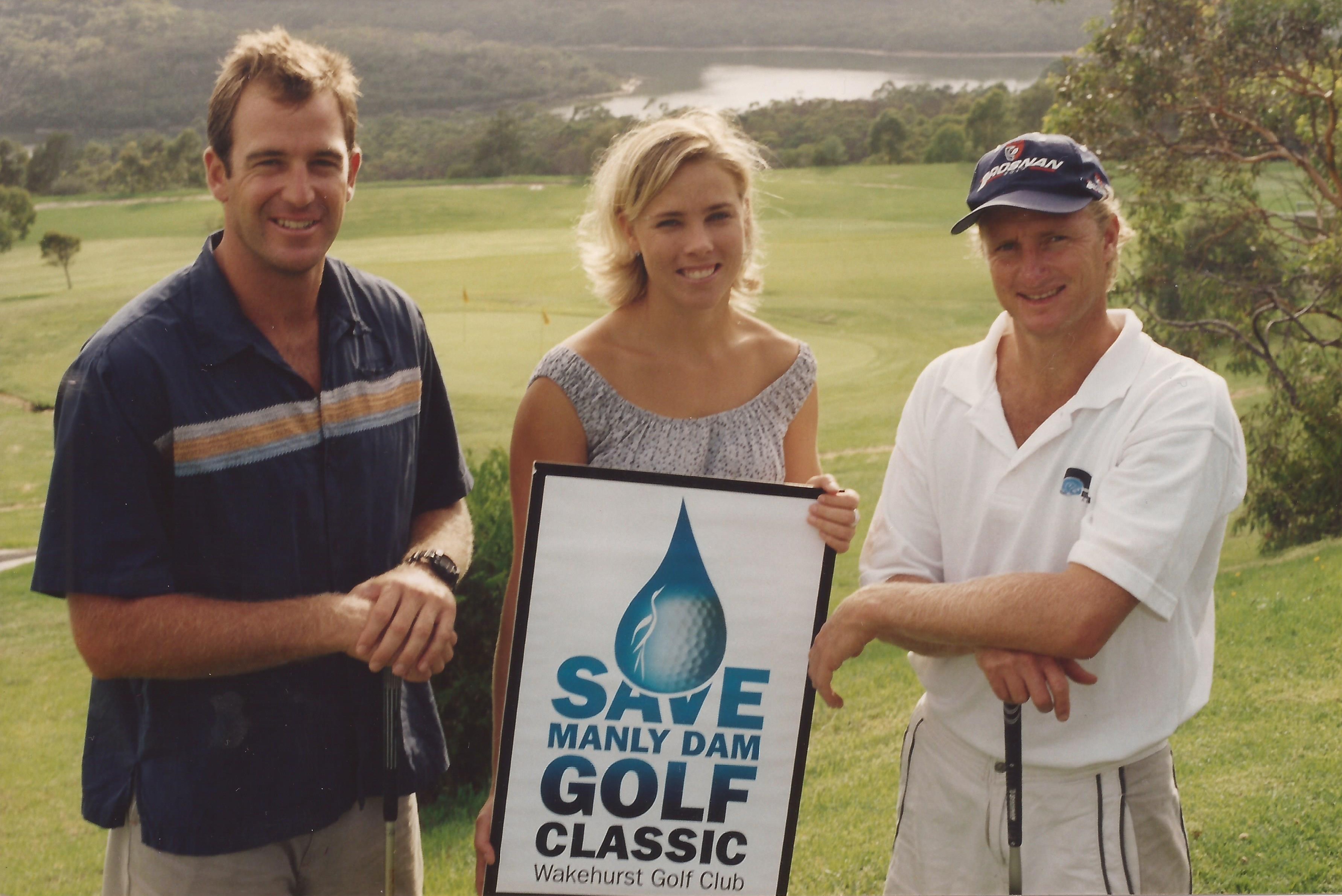 A proposed Landcom housing development on McComb Hill, Manly Vale in 1995 was stopped following a campaign by committee members and the subject land then incorporated into the park.

At the turn of the century a large chunk of this rare paradise was threatened by the British motorway construction company WIMPEY- which, despite intense community pressure, ultimately helped transform a significant corner of the wild ecosystem into a housing estate (excavating and despoiling the main feeder creek of Manly Dam in the process).

The “Ardel” housing development at Allambie Heights (now Madison Way) proceeded, despite an extensive community campaign. Four thousand people marched along Manly oceanfront to the ‘Jam for the Dam’ concert and rally on the Corso in 1999. The world’s first ever pro-environmental Golf tournament (The Save Manly Dam Golf Classic) was held in 2000. Numerous further events and actions eventuated and there were six arrests during a peaceful protest on site. But the hard-fought battle was eventually lost, on appeal, at the Land and Environment Court. 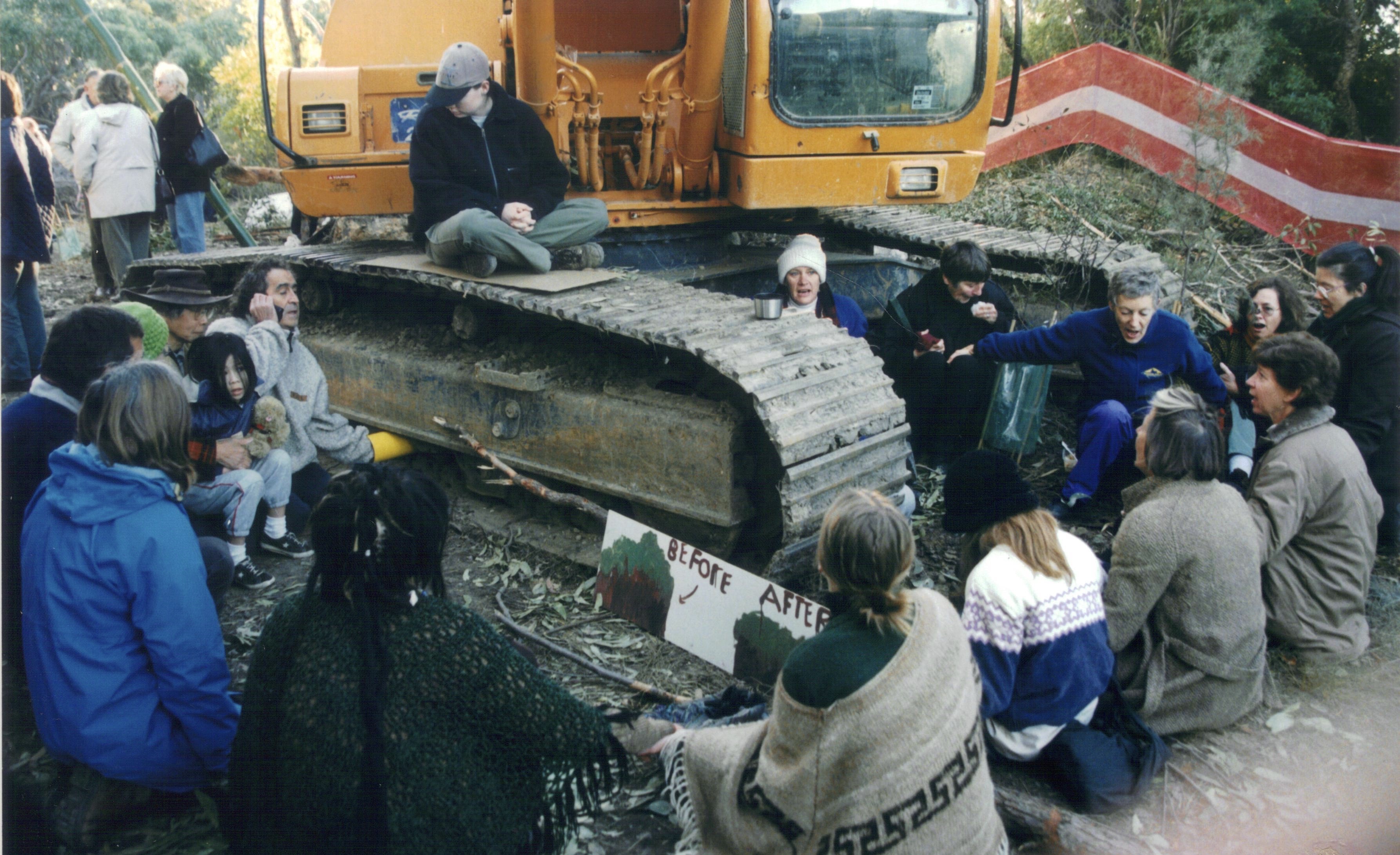 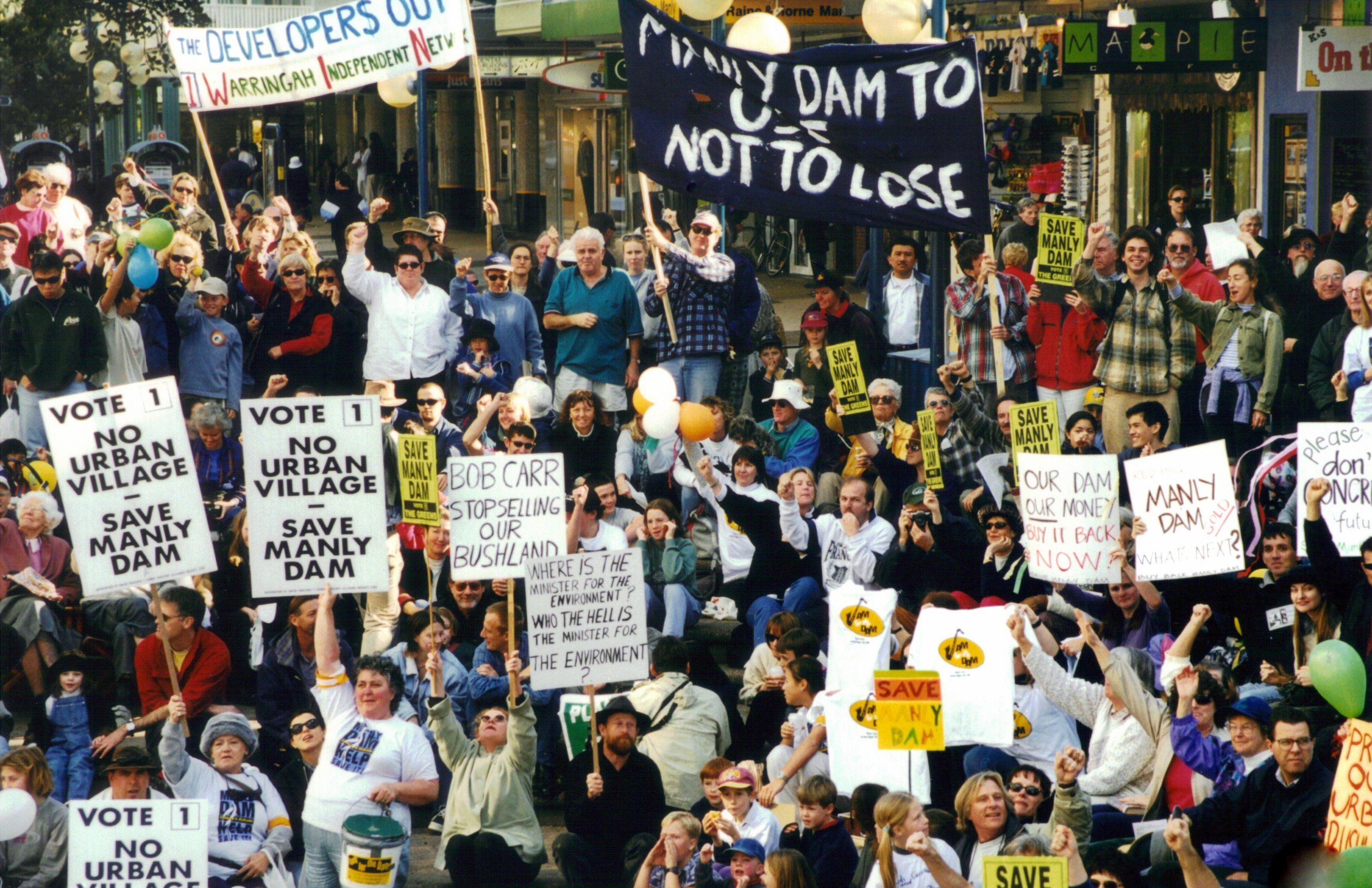 A successful campaign to prevent hard surface netball courts being built, across the top of the sensitive catchment, was carried out in 2008.

In 2015, Save Manly Dam CC was instrumental in stopping the sell off of Sydney Water’s bushland site at Kirkwood Road, Seaforth (adjoining Manly Dam Reserve) - for a housing estate.  Mike Baird (then NSW Premier), later promised to return the land to the park (from where it originally came) as compensation for the destruction caused by the Manly Vale Public School development (see below). 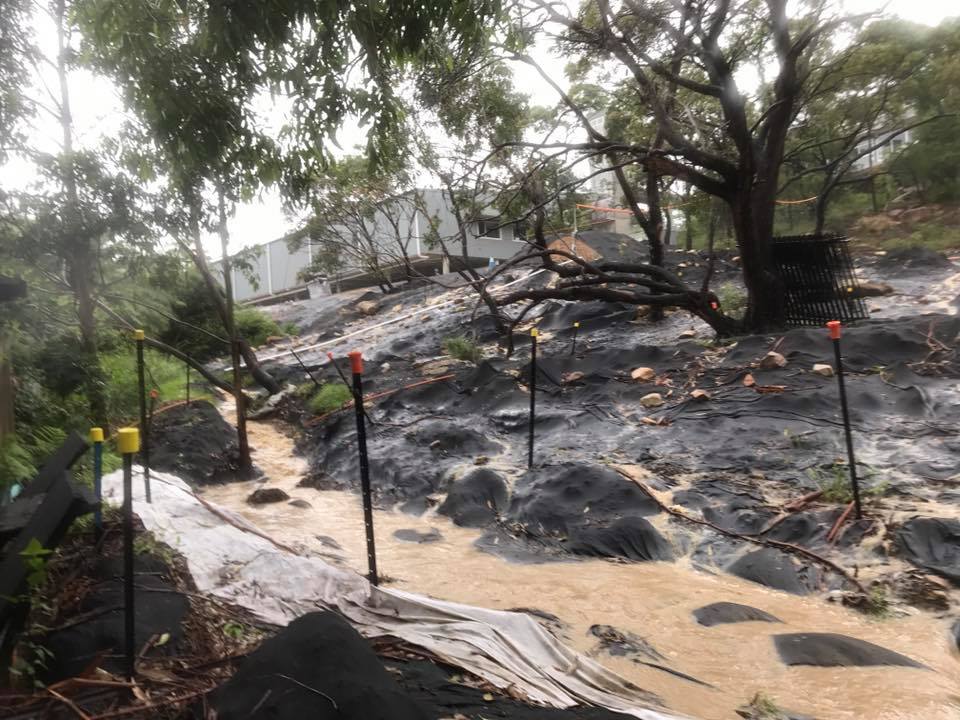 Also, in 2015, Council proposed leasing land (adjoining Warringah Aquatic Centre) for the construction of a private gym. This risked disturbing a former tip site at the top of the catchment and would have meant losing more rare bushland. Thankfully (after much lobbying) this idea has not proceeded.

On the 7th of April, 2017 Manly Warringah War Memorial Park was formally gazetted as a “State Park” to supposedly provide it with a better conservation status following the compulsory purchase and clearing of land for the school extension (and maybe to try and appease the community).

In 2018 Northern Beaches Council put forward a proposal to build a massive “Regional Playspace” at Manly Dam. The current low-key playground’s footprint would have been increased by more than 17 times! Thankfully, after protracted lobbying, there was a much more sympathetic upgrade and the sanctity of the War Memorial Park was protected.

The Northern Beaches Hospital construction - although not technically in the catchment, involved “removing” several hectares of the endangered Duffy’s Forest Ecological community (some of the rarest vegetation in the world) and severed vital wildlife corridors. Read background information here: - thegreenmanly.blogspot.com/2014/01/if-this-hospitals-builtthe-animals-die.html

Currently there are four impending threats to the park and its important waterways.

1/ The Beaches Link project, if approved, would involve the removal of 39 football fields worth of threatened species habitat as a result of road widening along Wakehurst Parkway and the loss of circa 2,000 trees. The fragile creeks flowing from this escarpment would be severely compromised. Manly Dam’s status as the last swimmable unpolluted freshwater lake in Sydney, is likely to be lost.

Ironically the Sydney Water land at Seaforth (see above) is now earmarked to be used as a tunnel construction site and totally cleared of its trees and vegetation (before later being returned to the park as promised!)

This video details our concerns: https://t.co/AesXAmNtKi?amp=1

There is currently a NSW Legislative Council (upper house) inquiry examining the social and environmental impacts of the Western Harbour and Beaches link tunnel.

Submissions are encouraged, they can be lodged via the above link or via email to Public.Works@parliament.nsw.gov.au.

2/ A Development Application for 24 luxury retirement units at 181 Allambie Rd has been refused by Council and the Northern Beaches Local Planning Panel twice, but it has now been taken to the Land and Environment Court (Sept 2nd   2021). The proposal would entail clearing bushland within the park for fire breaks and threatening the habitat of the only population of Gondwanan Climbing Fish in Sydney.

3/ Council is now planning to build a $1.7 million, 2 metre-wide, boardwalk through untouched bushland at Manly Dam which would further impact habitat values. This short video details our concerns: -

4/ Plans are still on the table to move the Forest High School to the top of the Manly Dam catchment, with all the negative implications on water quality and threatened bushland that would result.

Northern Beaches Council is currently nominating the park for registration on the National Heritage list. (It was previously on the Federal Register before this system was abolished in 2007).

This has allowed us to hire a team of ecologists to survey the flora and fauna of this area (something that has never been comprehensively done before). We are also in the process of collating and cross references all the reports that have been produced (often as a result of “Environmental Impact Statements” for developments). What we do know is that circa 110 bird species, over 300 plant species and 27 frog and reptile species have been recorded in the park plus Sydney’s only population of Gondwanan Climbing fish.

This short video illustrates the amazing biodiversity to be found here: - https://animoto.com/play/uezT8mcEbLf1q0O60KPGAQ?autostart=1

In addition, our citizen scientists have also been busy!  If you download the iNaturalist App, register, then join the Manly Dam Biodiversity project group, every photo you take of nature in the Manly Dam environs will be automatically uploaded and will be part of an important data base.  You will also get on-line I.D assistance.  Visit: inaturalist.ala.org.au

In 2002, the Save Manly Dam Catchment Committee initiated the ''Mermaid Pools Restoration Project'' at Manly Vale (20th Anniversary next year) which has meant gradually restoring a former dump site back into the fabulous natural wonder it once was.  This involves bush regeneration under the auspices of Northern Beaches Council’s “Bushcare” program as well as rubbish removal, nesting box installation and community education.  We have also had to campaign to get the adjoining crown land suitably rezoned for conservation. Volunteers meet on the fourth Saturday of every month. Join the Facebook Group here: - https://www.facebook.com/groups/224958938606

The full story of the Mermaid Pool’s Restoration can be read here: - thegreenmanly.blogspot.com/2013/09/how-to-revive-mermaid.html

The Committee, supported by community volunteers, has also planted indigenous tree species along King St, Manly Vale as an “Avenue of Honour”. This pays tribute to Merchant Navy Personnel in two world wars and leads towards the entrance of the War Memorial Park. It also acts as inspiration for others to value our local native flora. The focal point is a stone monument in King Reserve within recreated bushland. 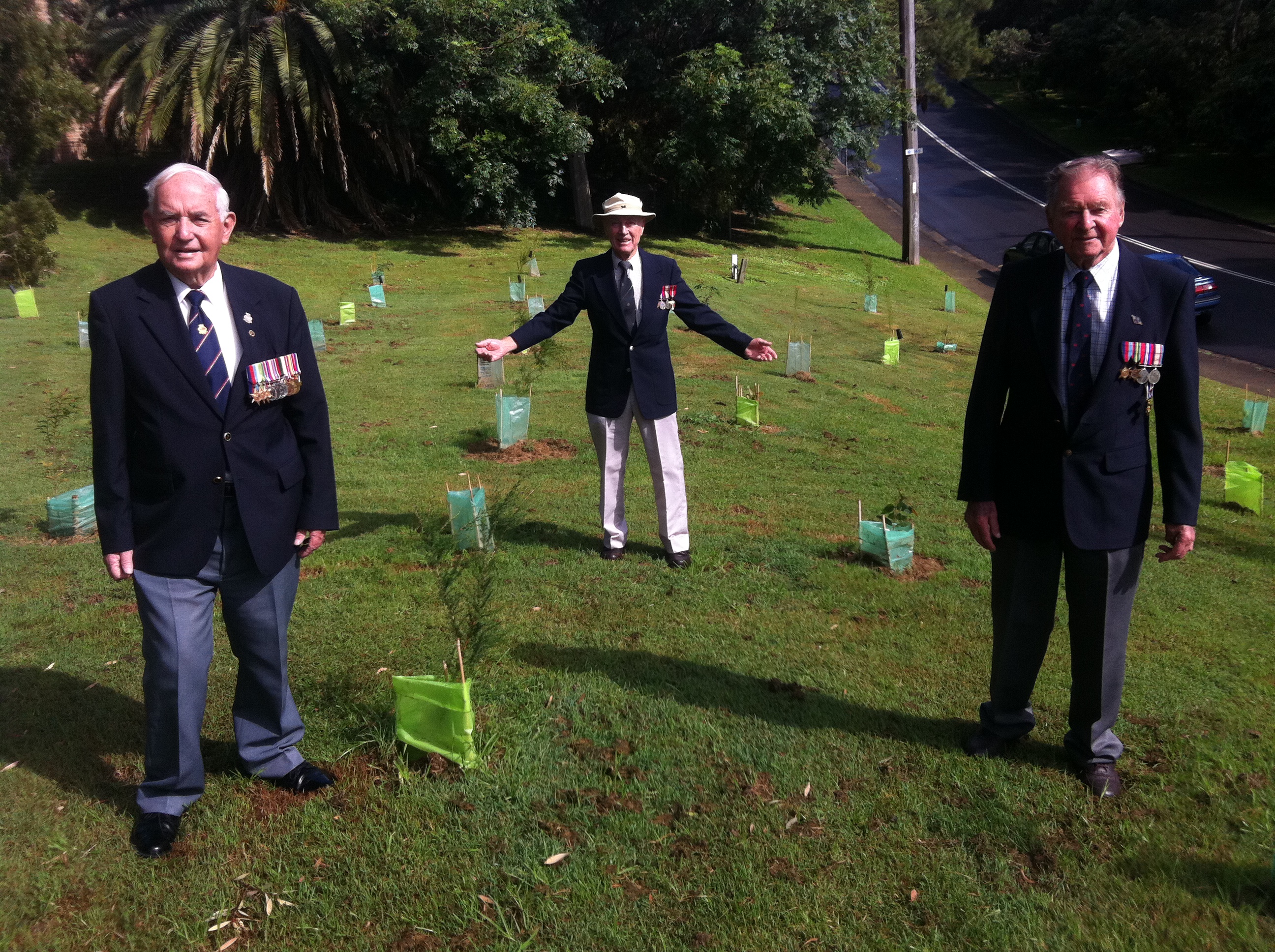 As you can see, in our rapidly expanding city, Manly Warringah War Memorial Park provides food and refuge for a plethora of different species. And it’s easily accessible for humans to share this magic too! Plus, it provides important “green lungs” to a dense urban area.

That’s why we’ve initiated a “Keep Manly Dam Wild” campaign with a bumper sticker that portrays a threatened Eastern Pygmy Possum clasping its favourite food source (Banksia Ericifolia).  We are hoping that cars will proudly display them the length and breadth of the Northern Beaches and beyond. 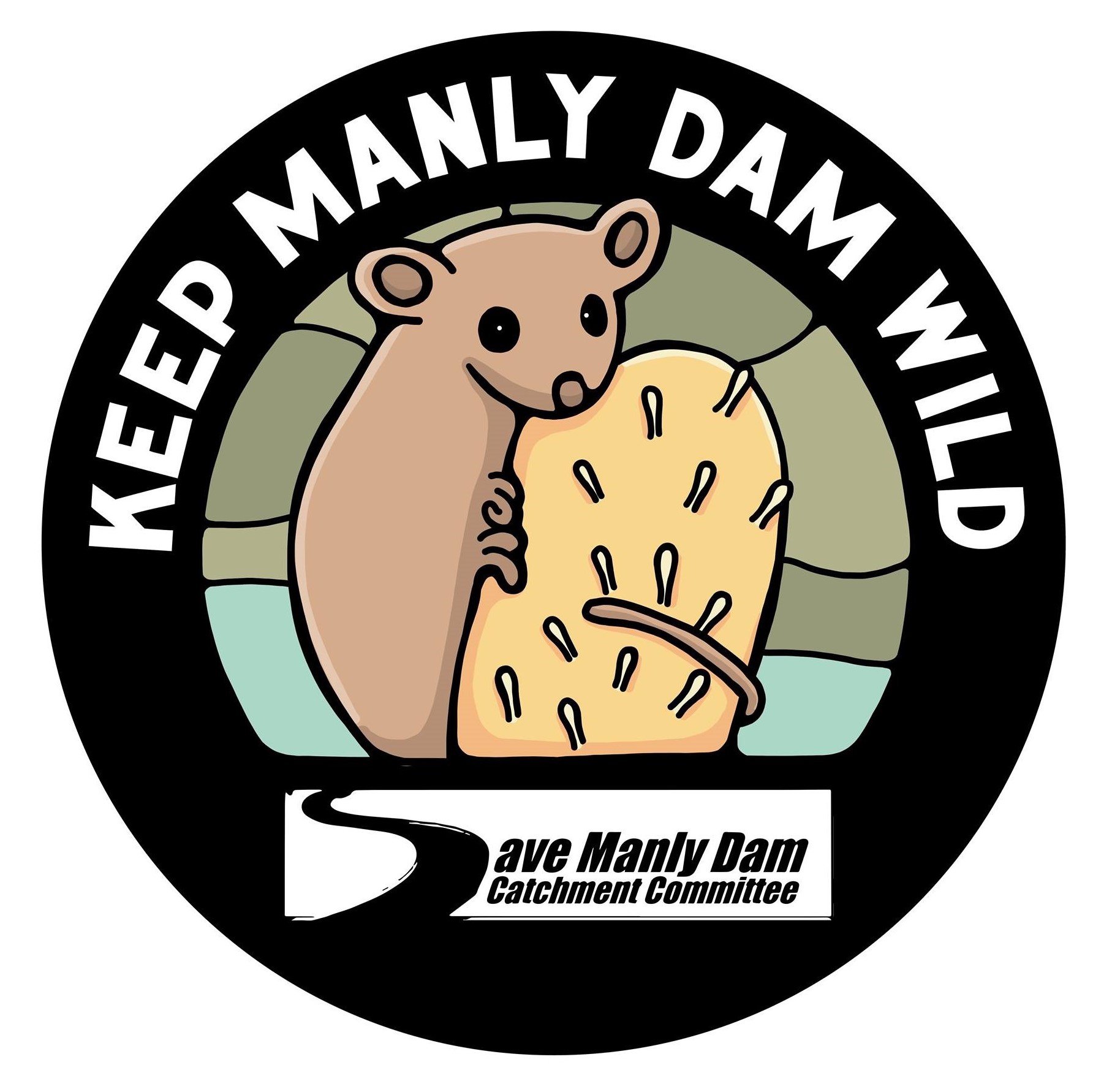 Get yours for only $6 (Inc. postage) by emailing savemanlydamcc@gmail.com with your name and address. (You will be advised of bank payment details by return). The price is $6 per sticker (this includes postage and a 5-year membership of the Save Manly Dam Catchment Committee) 2 stickers will cost $10. The beautiful design is by Brent Turner from Bayview https://www.brentos.com.au

A special thank you to all our “activists” advocates, supporters and volunteers over the years.  There is surely no more important role than helping to conserving our natural world. Australia is already the international leader in species extinction - which is why protecting biodiversity is especially vital. 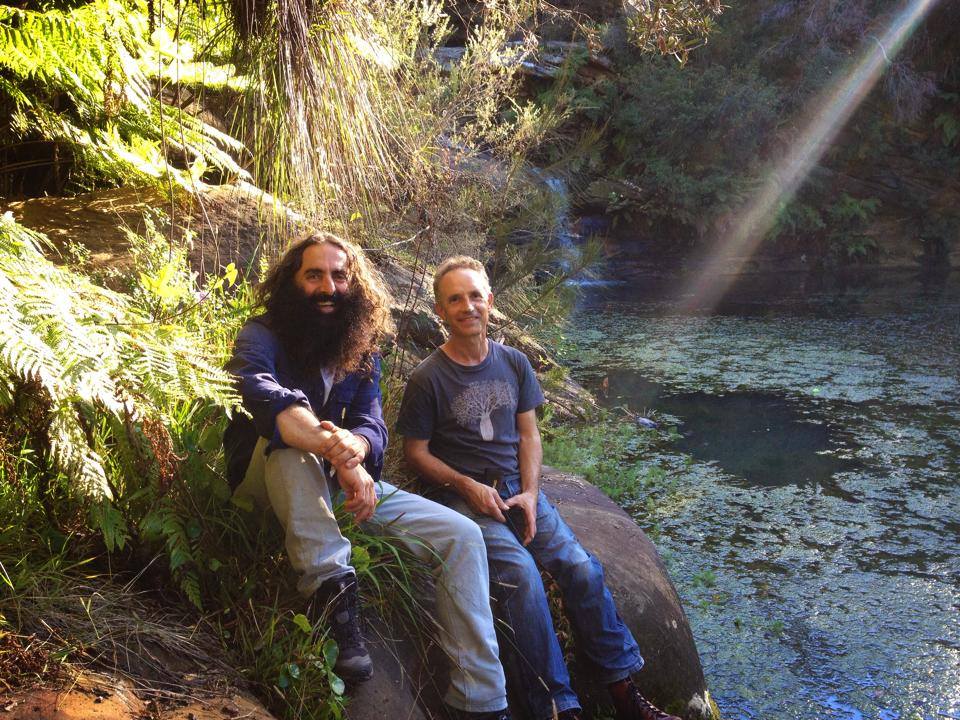 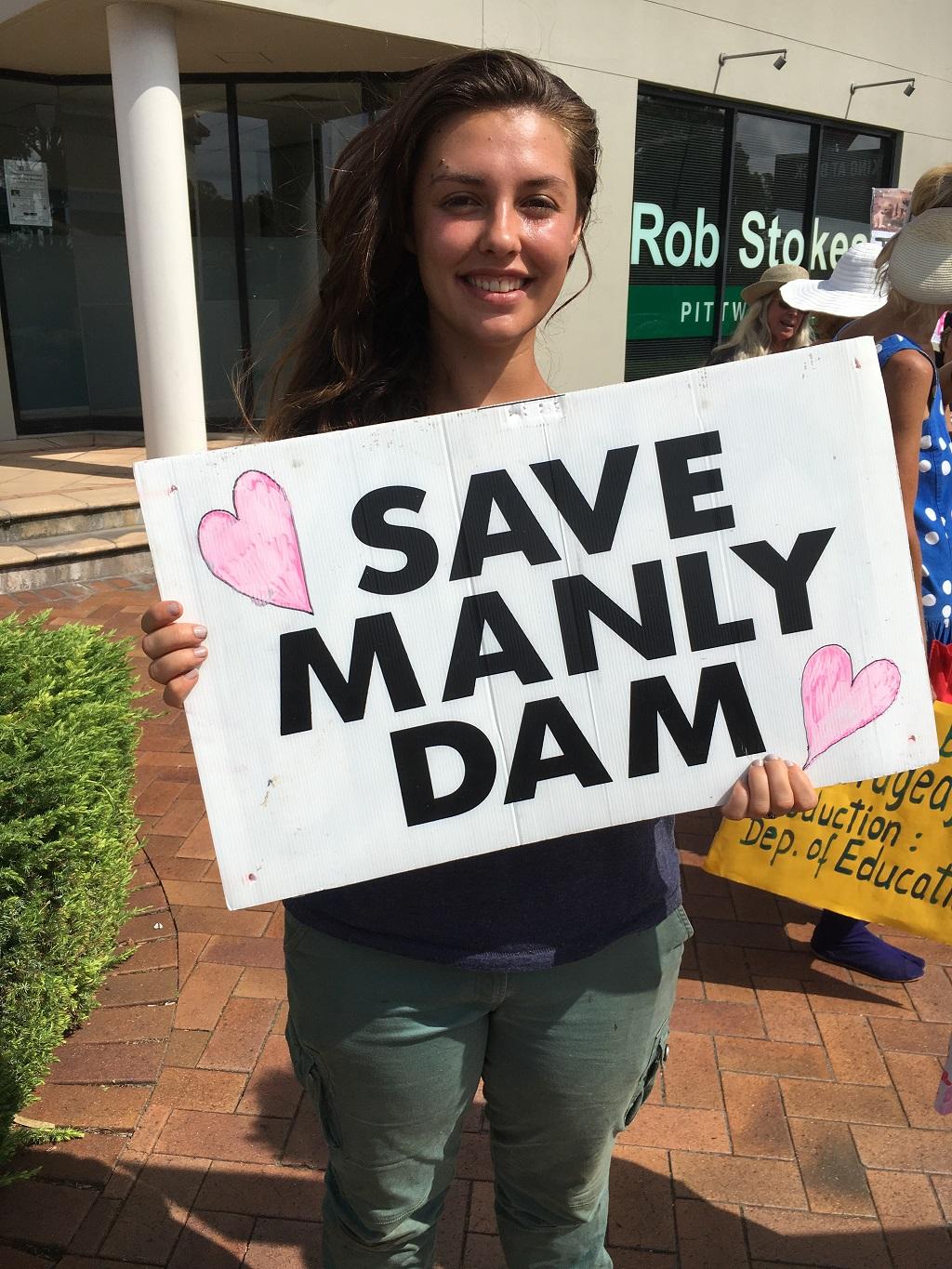 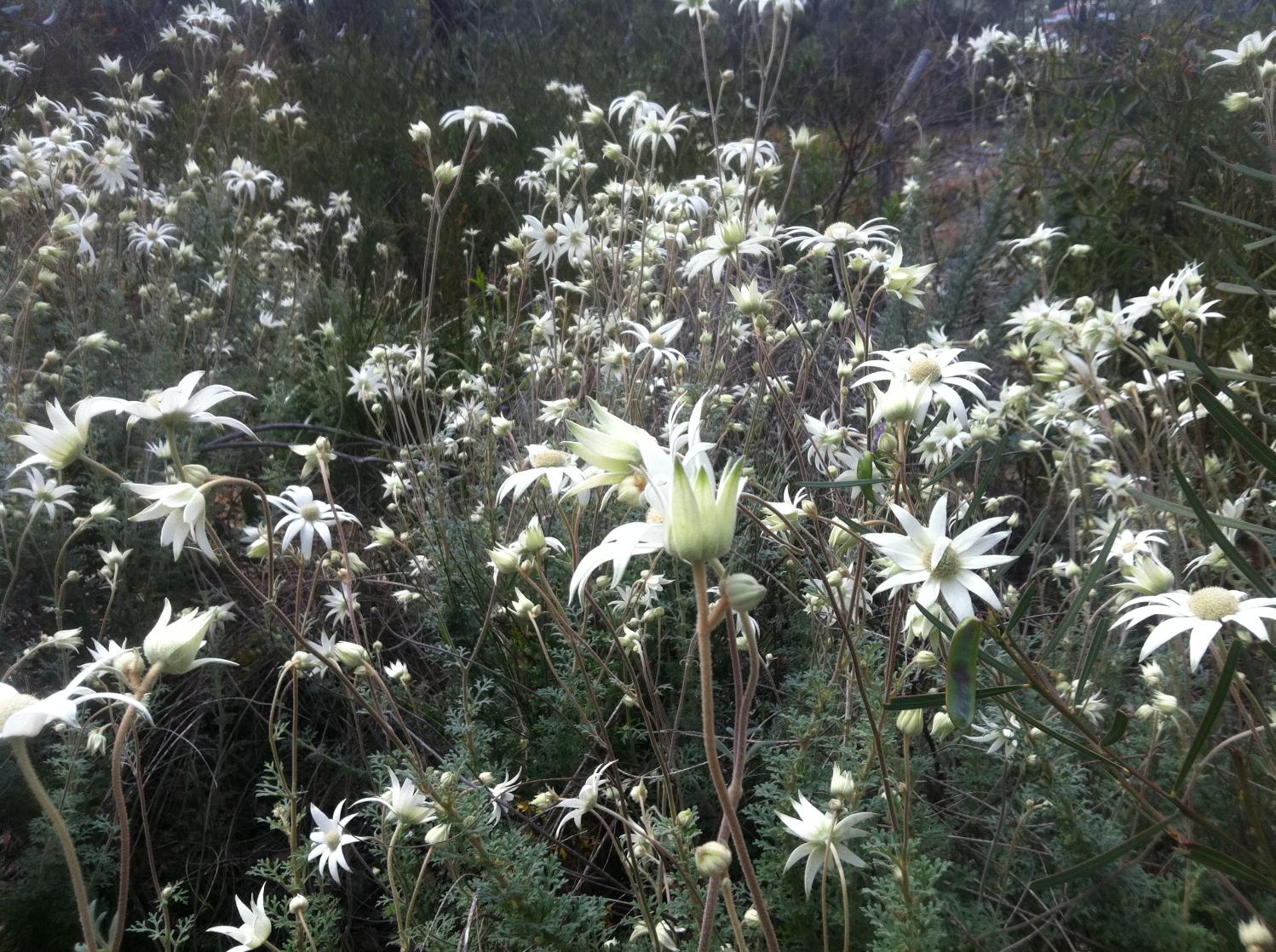