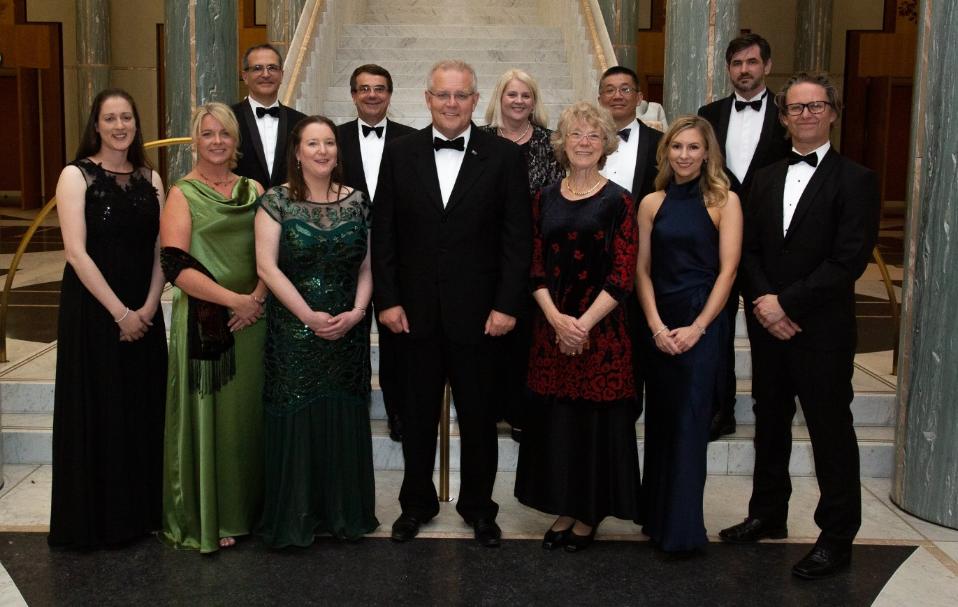 The 2019 Prime Minister’s Prize for Science has been awarded to a University of Western Australia professor whose outstanding career has greatly contributed to mathematics.

Emeritus Professor Cheryl Praeger received the accolade for her input in various categories of maths. These include contributions to group theory, permutation groups, combinatorics and the mathematics of symmetry.

Algorithms made by Prof Praeger have been used in powerful computer systems and have transformed the way algebra is researched and taught.

Her research has also enabled search engines to retrieve information from the internet more effectively.

Prof Praeger said her love for maths was grounded in its ability to give meaning to the world around her. Regarding the future of her field, she said she was most excited about quantum computing.

“As our technology advances and our world changes, the mathematical challenges are there and they continue on and on,” she said.

Prof Praeger was the second woman ever to become a professor of mathematics at an Australian university. But she said she’d since noticed a positive shift in women’s participation in STEM fields.

“It’s important to make use of all of our talents, and if we ignore half of the population, I don’t think we’re doing our best,” Prof Praeger said.

Various other scientists received accolades at the awards ceremony, held on the evening of October 16 at Parliament House in Canberra.

Associate Professor Peter Czabotar, Professor David Huang, Professor Guillaume Lessene and Professor Andrew Roberts of the Walter and Eliza Hall Institute of Medical Research were awarded the Prime Minister’s Prize for Innovation, for their role in the development of anti-cancer drug venetoclax.

The drug binds to and inhibits the protein BCL-2, which in the 1980s was found to contribute to cancer growth. It’s now available nationally and internationally to patients with chronic lymphocytic leukaemia.

Apart from recognising the achievements of scientists and innovators, the prizes also acknowledge educators who inspire students to pursue a career in a science field.

Dr Moyle was commended for her commitment to offering students innovative lessons with real-world links.

In the classroom, she has made fizzy bath bombs for Mother’s Day to teach acid base reactions, and created terrariums with different ecosystems to show students how living and non-living components of the environment interact.

She said she wanted to foster an appreciation for science in her students by providing “creative, hands-on, and dynamic approaches to learning science”.

“I want it to be fun and exciting for them, and also have a genuine enthusiasm and passion for the subject,” Dr Moyle said.

“… STEM learning is vital because it builds creativity, it builds capability and resilience, and it shows the students that learning doesn’t occur just in silos. Everything is connected.”

She was recognised as a role model for her students, and for her position as lead teacher in the school’s Think Bright program for integrated STEM learning.

This year marks two decades since the Prime Minister’s Prizes for Science were started. Each year, award recipients share a total prize pool of $750,000.

Prizes are given to individuals across varied disciplines and in different stages of their careers. They’re presented to those who demonstrate outstanding achievements in scientific research, research-based innovation and excellence in science teaching.

Nominations for the 2020 awards open early next year. Individuals can be nominated by their peers.