Pittwater Birds That Can Sing Other Birds' Songs

We have a pair of Grey butcherbirds in our yard that can sing other birds' songs. Every morning you can hear them imitating all the birds around them, everything from the songs of magpies to the kookaburra family that lives here too, as well as lorikeets or rosellas, they can do.

They even come up to my office window here and perch on the fence or windowsill to sing to me - with other birds' songs!

Here's some photos I took of one of them this week - some outside the window, and some up in the spotted gum - singing away: 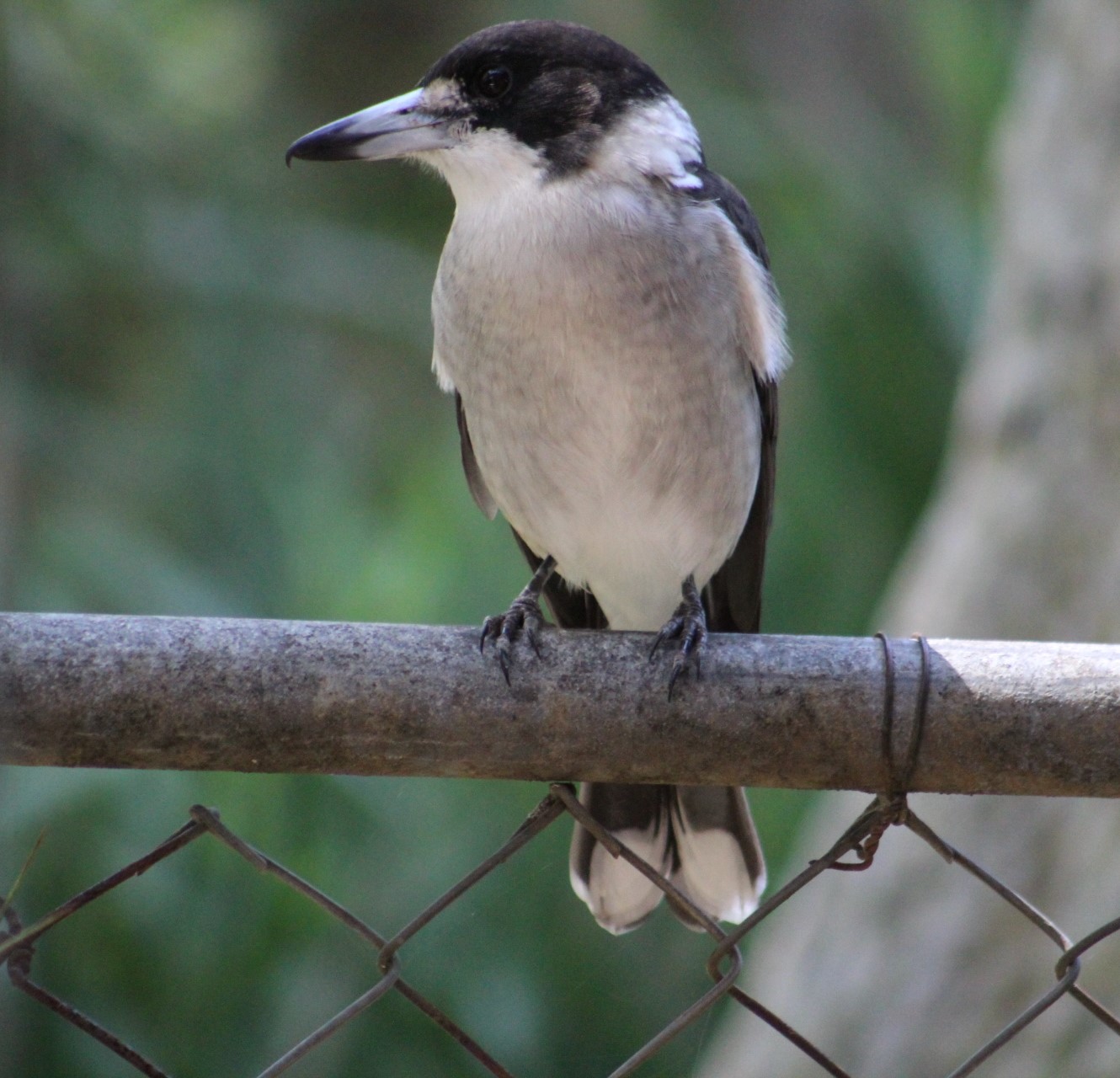 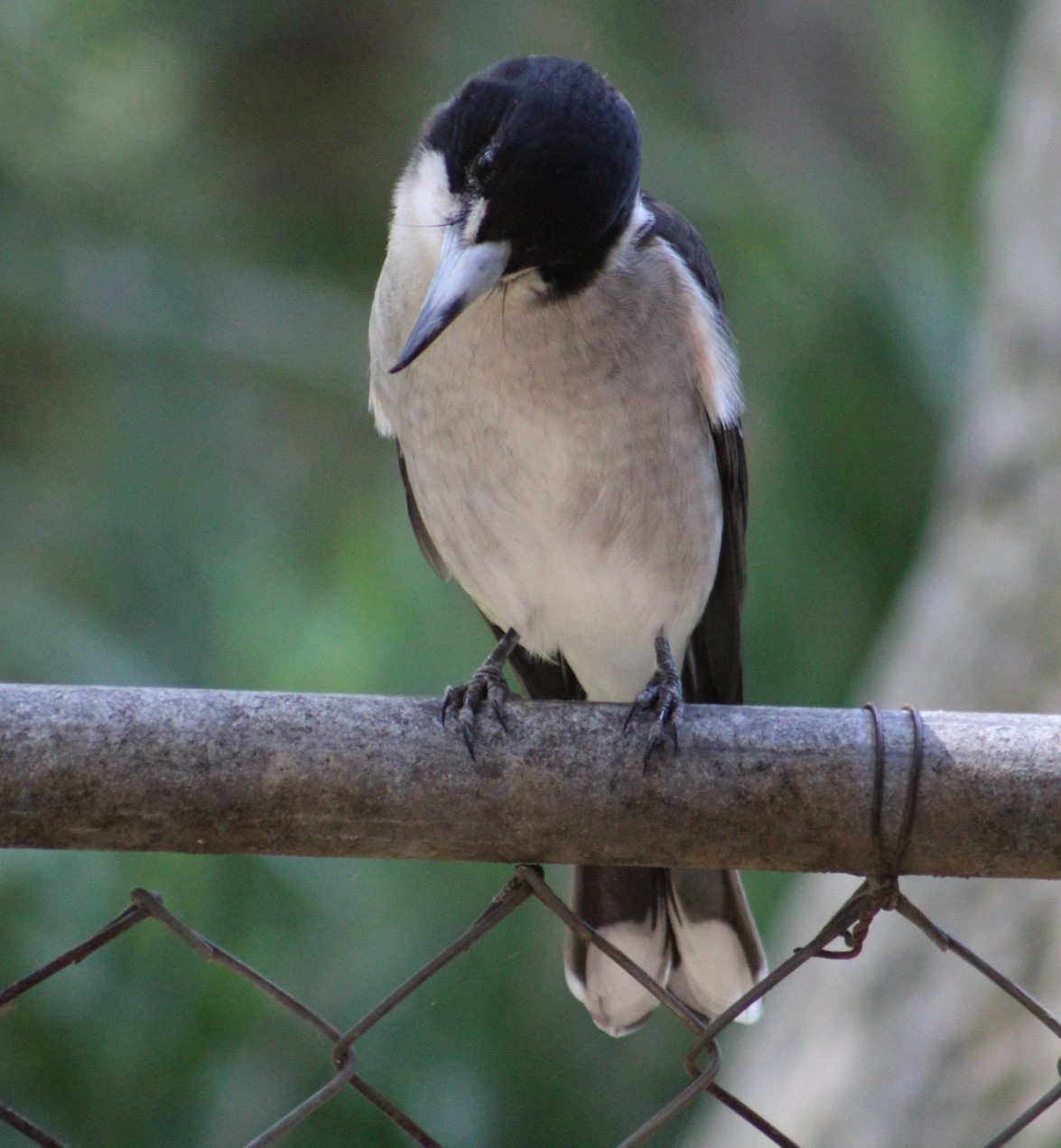 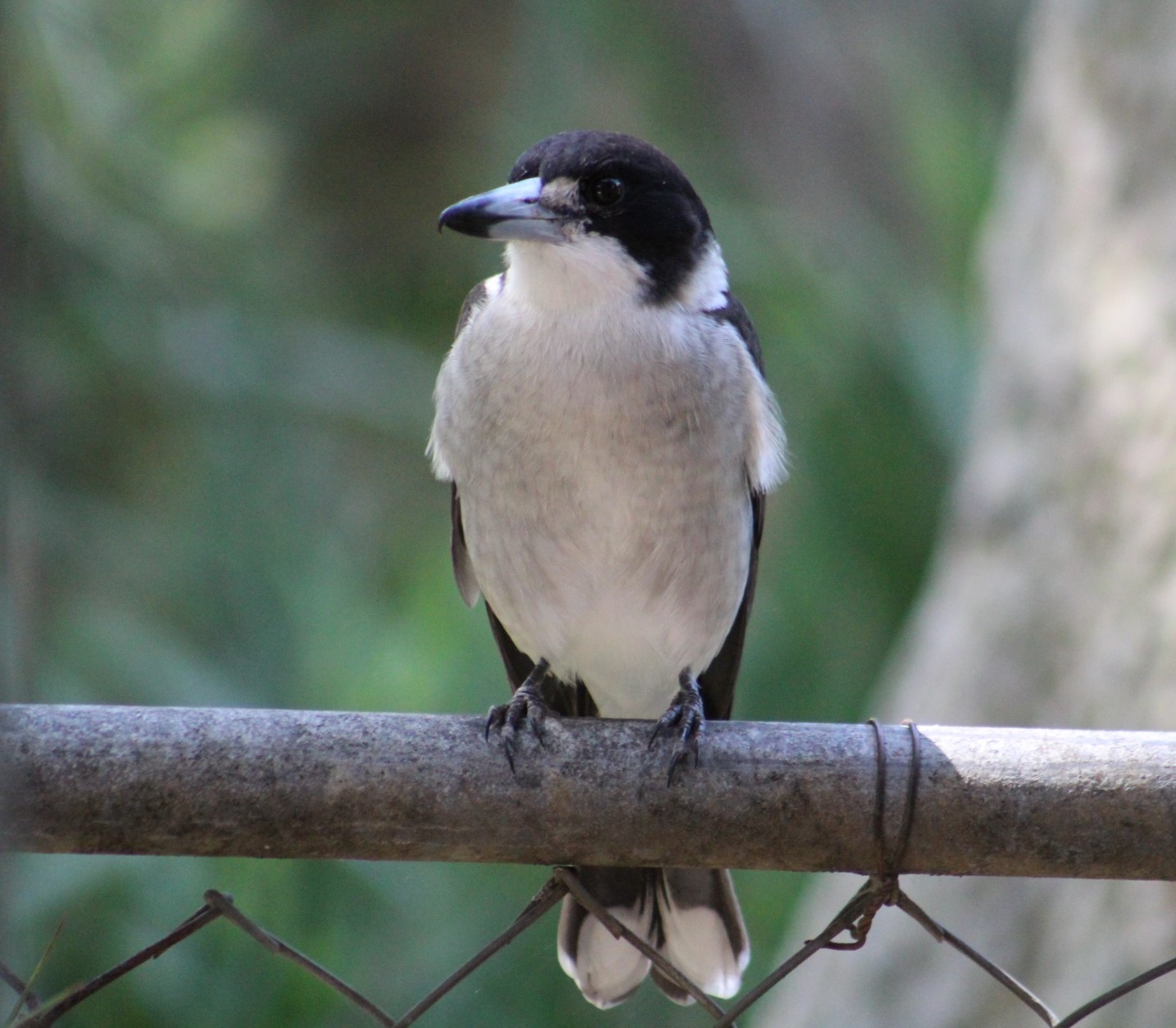 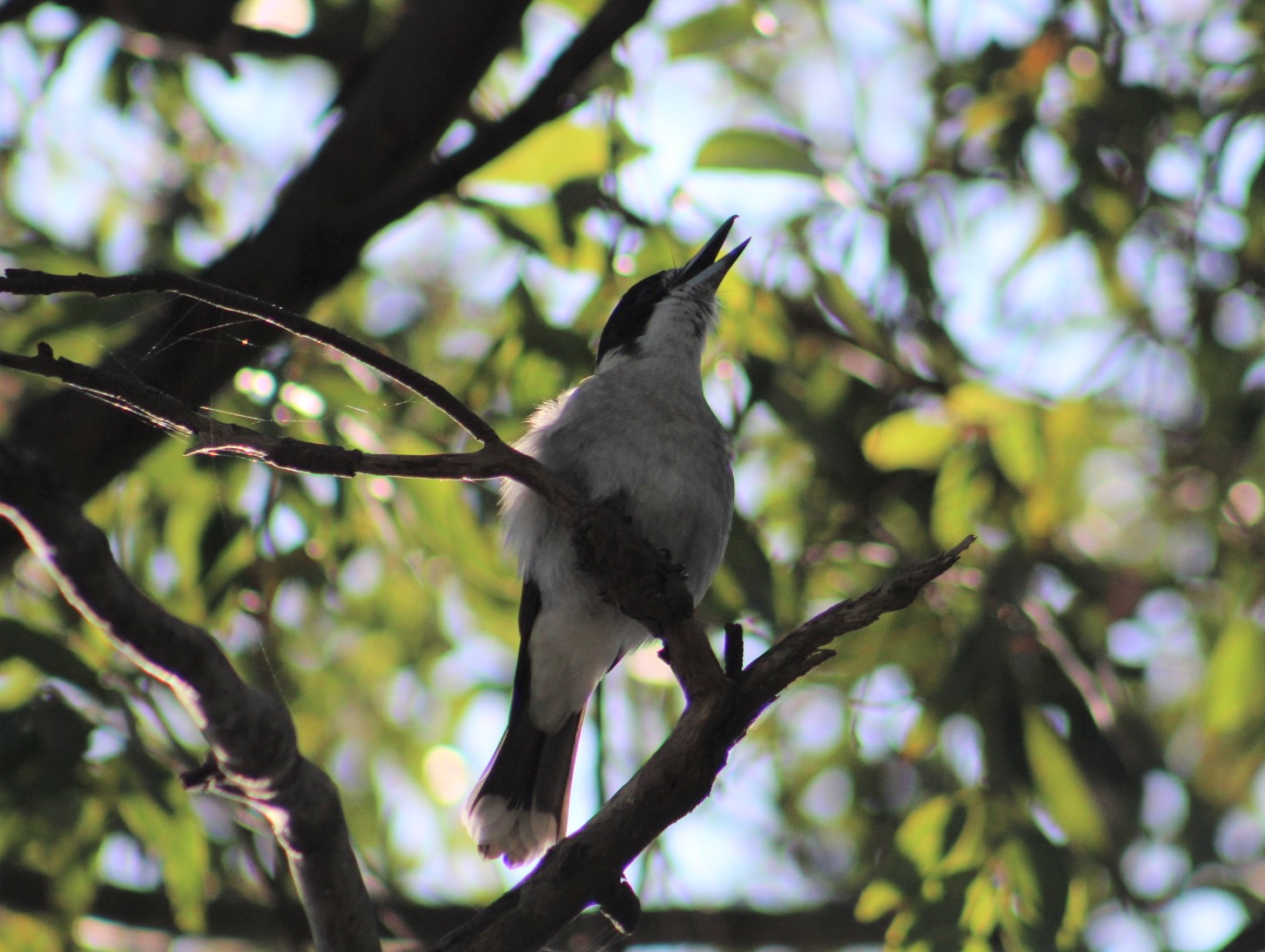 Just around the corner from us there is another pair of butcherbirds who will do the same thing. When I take Tilly for her morning romp we sometimes stand under the trees they're in and listen to them singing away, both pretending to be magpies, to each other.

Australia is well-known for its fabulous bird 'mimics'. Uppermost among these is the superb lyrebird, along with lesser-known mimics like the silvereye, the satin bowerbird, the mistletoe bird, the yellow-throated scrubwren, and the feisty brown thornbill.

In our area we have lyrebirds, silvereyes, brown thornbills and the mistletoe bird visits as well. 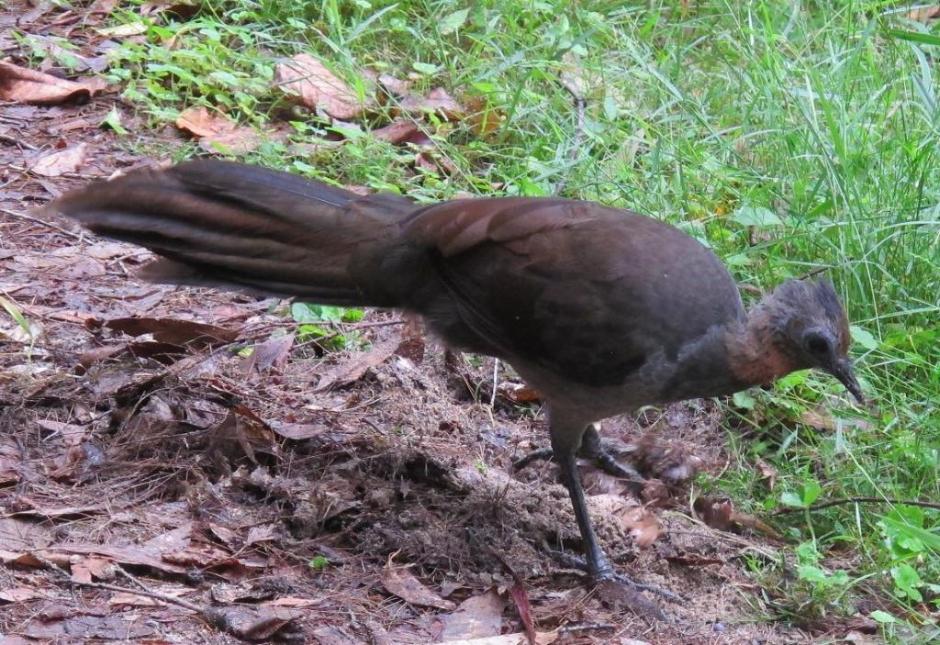 The yellow-throated scrubwren, prefers rainforest gullies, generally with streams nearby. In the Sydney Basin this may be the Illawarra escarpment, and wetter places in the Dharug- and Royal National Parks. 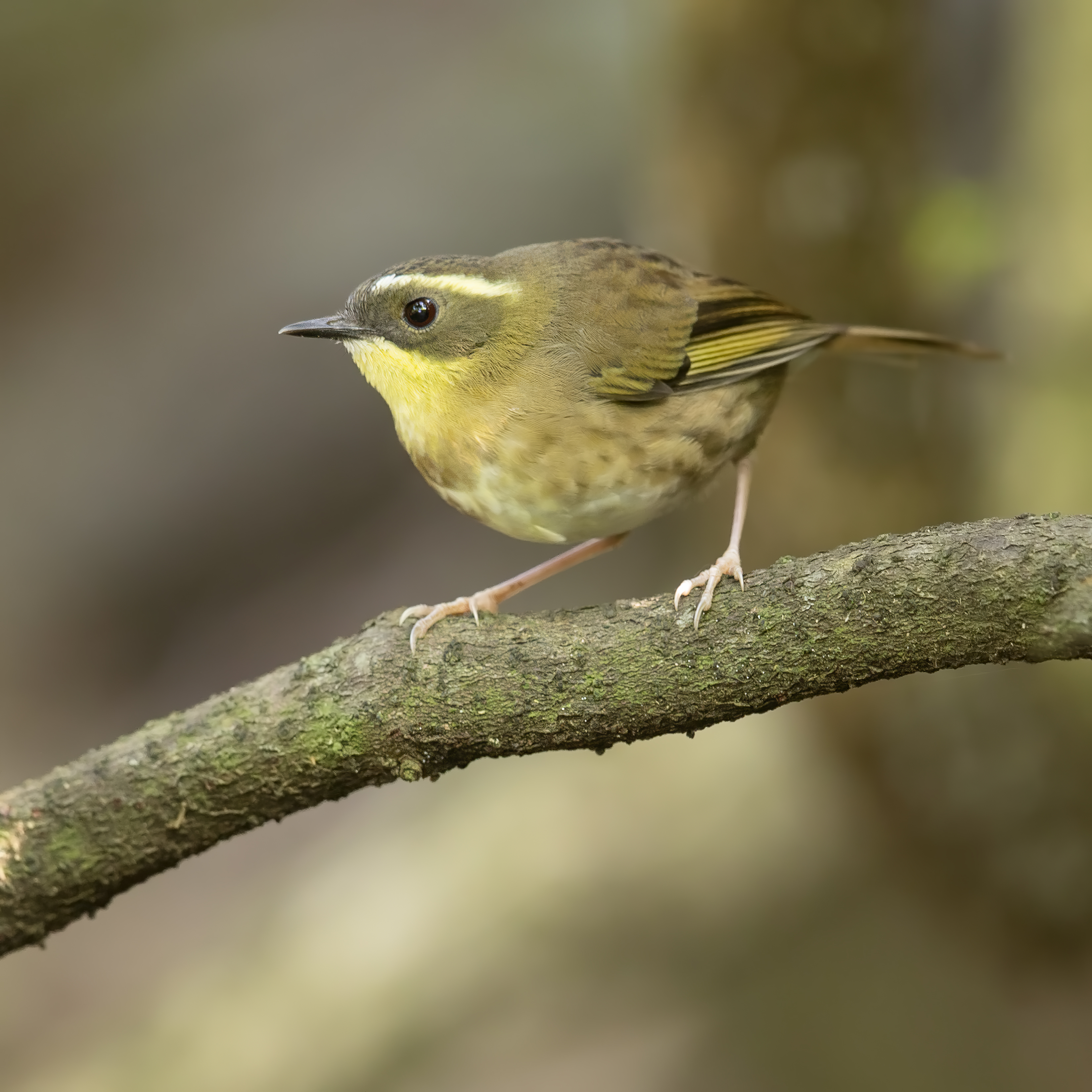 The satin bowerbird has been heard and seen at Willoughby too. Males (the satin birds), females and young (the green birds) have been spotted in almost all bushland reserve around our local government area. Their distinctive bowers (elaborate structure built by males as a territorial marker and to impress prospective mates) have also been seen in the strangest of places - next to car parks, sports fields and in people's back yards. 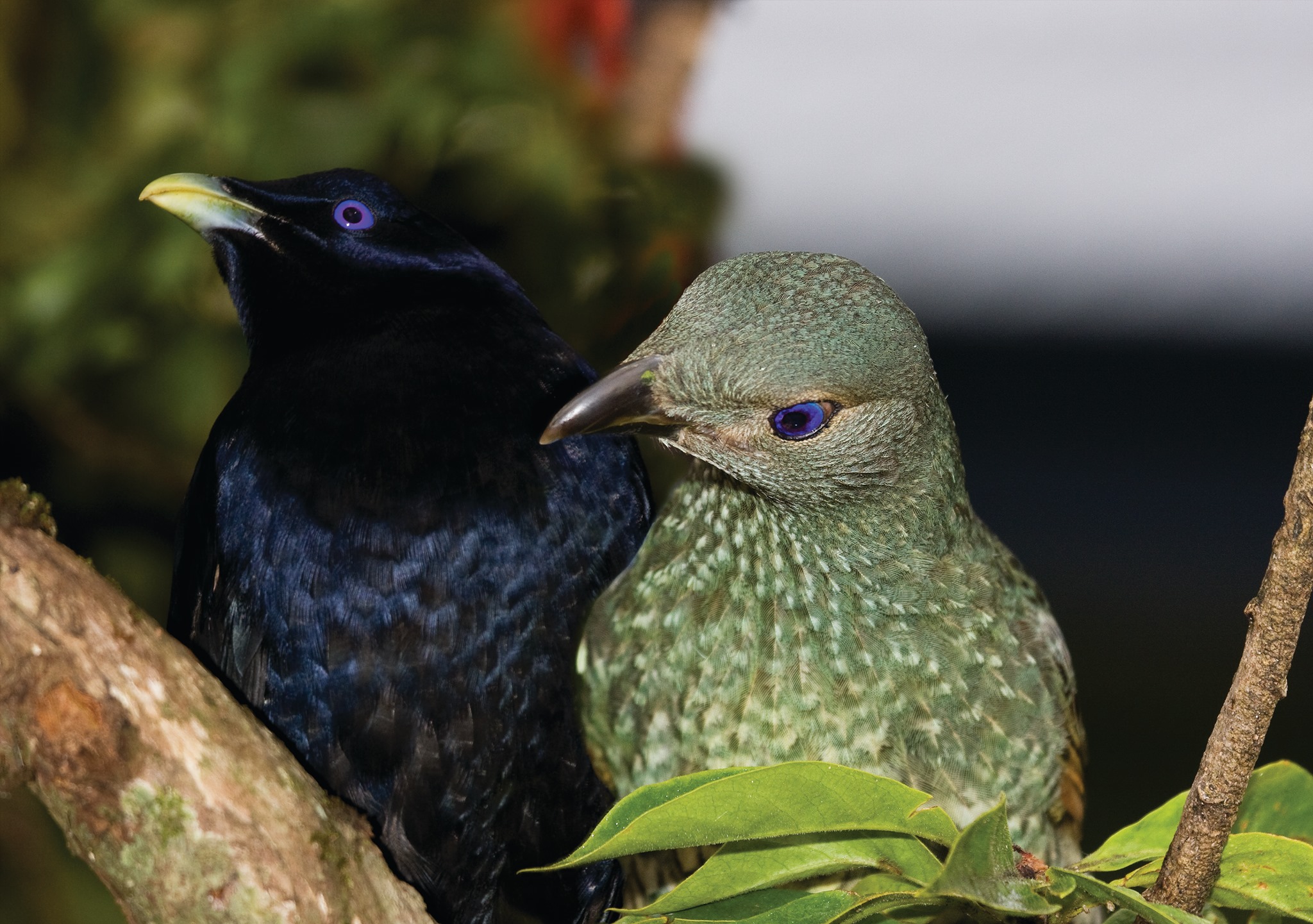 The Brown Thornbill (Acanthiza pusilla) is a passerine bird usually found in eastern and south-eastern Australia, including Tasmania. It can grow up to 10 cm long, and feeds on insects but may sometimes eat seeds, nectar or fruit. They feed, mainly in pairs, at all levels from the ground up, but mostly in understorey shrubs and low trees. Will feed in mixed flocks with other thornbills out of breeding season.

Breeding pairs of Brown Thornbills hold territories all year round for feeding and breeding purposes, and the bonds between pairs are long-lasting. Their breeding season last from July to January. Females build a small oval, domed nest with a partially hooded entrance near the top out of grasses, bark and other materials, lining it with feathers, fur or soft plant down. The nest is usually low down, in low, prickly bushes, grass clumps, or ferns. The female incubates the eggs, usually 2-4,  and both parents feed the young, who stay with the parents until early autumn, before being driven out of the parental territory. 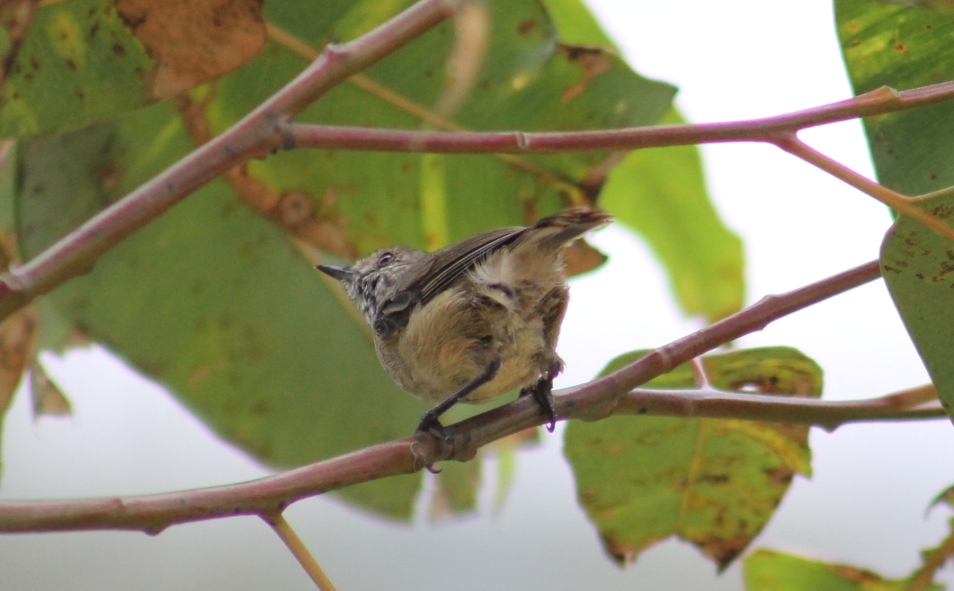 Did you know the Brown Thornbill will respond to humans imitating its calls. Its own calls are rich, musical warbles and accomplished mimicry. This one, along with a few others, were seen in eucalypts planted by our Bushcare people alongside Careel Creek just behind the sand dunes of Avalon at the northern end. I'm sorry I didn't get BIG pictures for you, but this bird is very small, and very fast - although it will come close enough to 'chirrup' to you as they're quite friendly.

Silvereye ( Zosterops lateralis)
The Silvereye is a small bird with a conspicuous ring of white feathers around the eye, and belongs to a group of birds known as white-eyes. The Silvereye shows interesting plumage variations across its range. The grey back and olive-green head and wings are found in birds through the east, while western birds have a uniformly olive-green back.
Silvereyes feed on insect prey and large amounts of fruit and nectar.
Like the Brown Thornbills, these are quiet gregarious very small birds and have played in the trees chattering to me when up on Barrenjoey Headland taking in the view or walking beside Narrabeen Lagoon - these photos were taken at Narrabeen - they're great as they are fast birds, but they did accompany me, chattering to me, while on my walk: 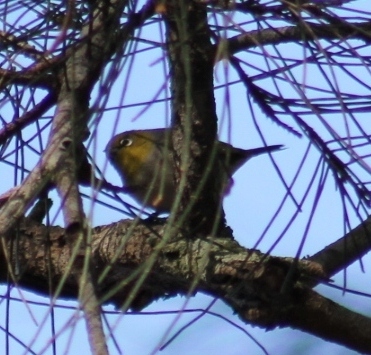 So, how do they sound when they're singing other birds songs?
Here's some videos for you of those you may hear in Pittwater, so you can see how they sing other birds' songs - these just show you how amazing our local birds are:
Tweet