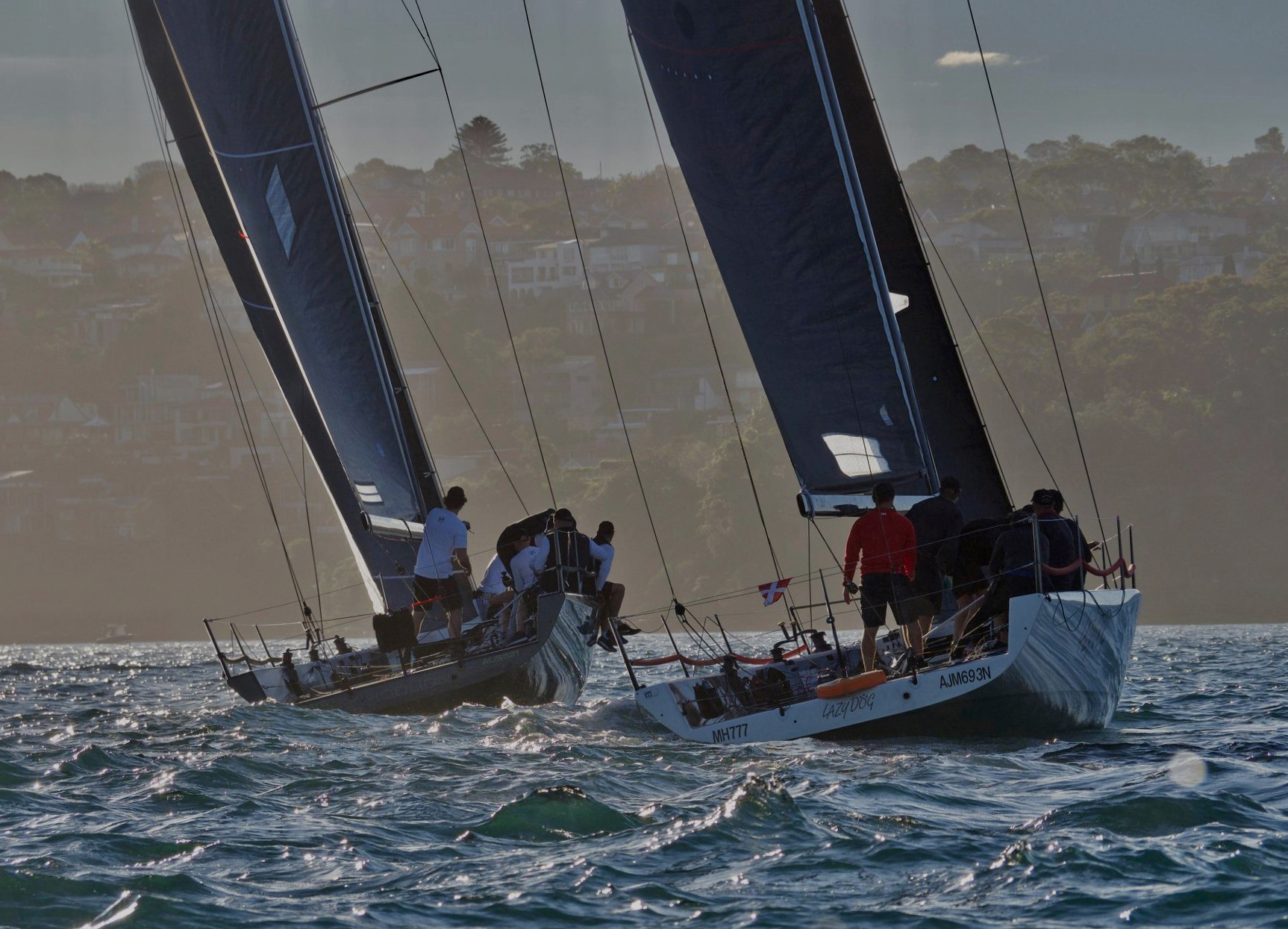 Winter sailing on Sydney Harbour is often fraught, light winds and plenty of shifting potholes to catch the unsuspecting out. For the MC38s crews who returned to their season after months of COVID isolation, getting the fleet back together and completing the seven-race program was more than enough compensation for the tricky conditions.

Light and fluky northerlies made choosing lanes rough for tacticians said Stewart, who helmed today while co-owner Shaun Lane handled Saturday’s four races. “Given we’ve been off the water so long, everyone sailed really well with very few mistakes; it came down to picking the shifts. It was one of those days where if found yourself in a hole it was hard to get out,” Stewart said after racing.

470 sailor Sasha Ryan has joined Lazy Dog as the bowperson and Lane hopes she’ll be a long-term campaign fixture. 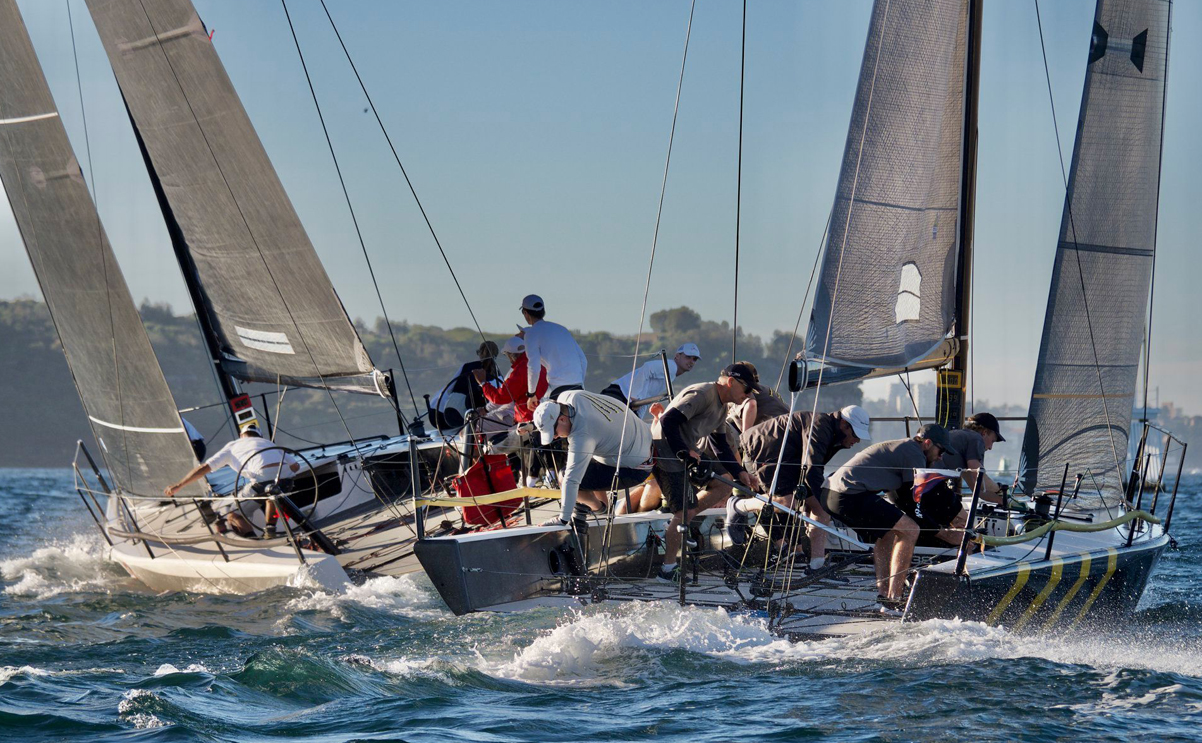 The head of multiple keelboat programs, Chris Dare, got the call-up Thursday as he was flying from Melbourne to Sydney for the weekend, accepting on the spot. The Hooligans opened Act 3 with a 1,2,2 scoresheet but twice across the weekend found themselves on the wrong side to the breeze and paid a heavy price.

“It was a nice weekend sailing with good people,” Dare said. “It was my first time on an MC38, it was quite tricky to steer and very different from the 52 [Dare’s previous boat, a TP52]. Day one was spent figuring out what I could and couldn’t do – and the experienced crew members were terrific at showing me the way – and Sunday was about mitigating risk.

“We got a penalty on Saturday going somewhere we shouldn’t have and there was some yelling and bruised egos, but I’m proud to say Marcus gets his boat back without a mark on it,” Dare added. 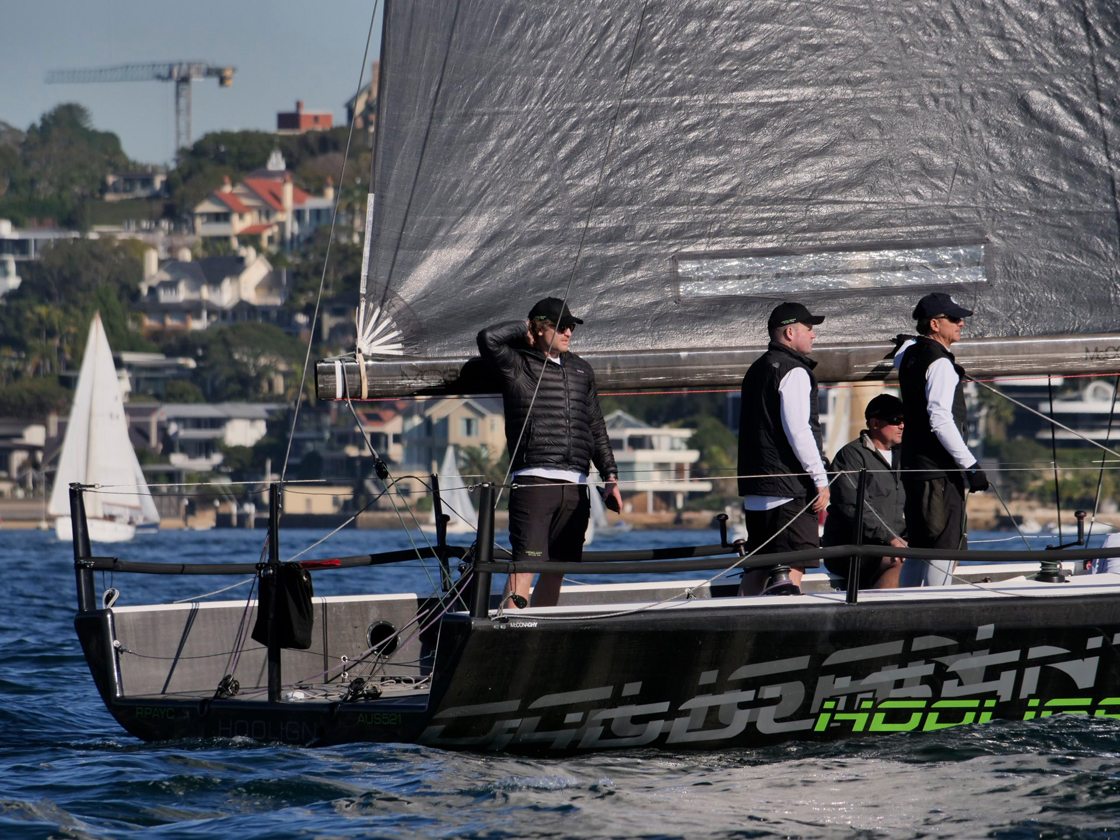 Enjoying some cold beers in the sunshine on the Royal Sydney Yacht Squadron pontoon at the series end, Proud added: “Conditions were all over the shop and sometimes you were spat out the right way. It’s great to have everyone back together after months off the water.”

The class thanks RSYS race officer Rob Ridley and his team plus on water umpires Tom Spithill and Jordan Reece. Spithill said a regatta highlight was watching Lazy Dog coming back from the dead more than once. “They couldn’t be lucky that many times; they saw things the others didn’t.”

The one design class’ May regatta (Act 2) was cancelled due to the pandemic. Next on the calendar is Act 4 over the weekend of July 25-26 hosted by the Royal Prince Alfred Yacht Club on the shores of Pittwater. 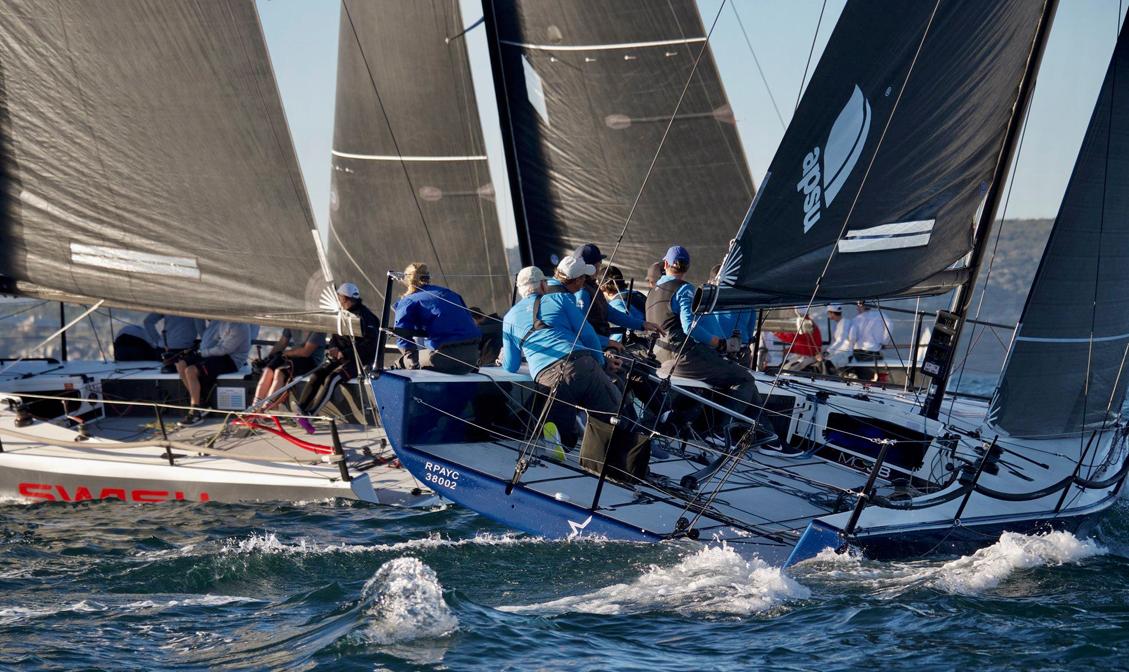