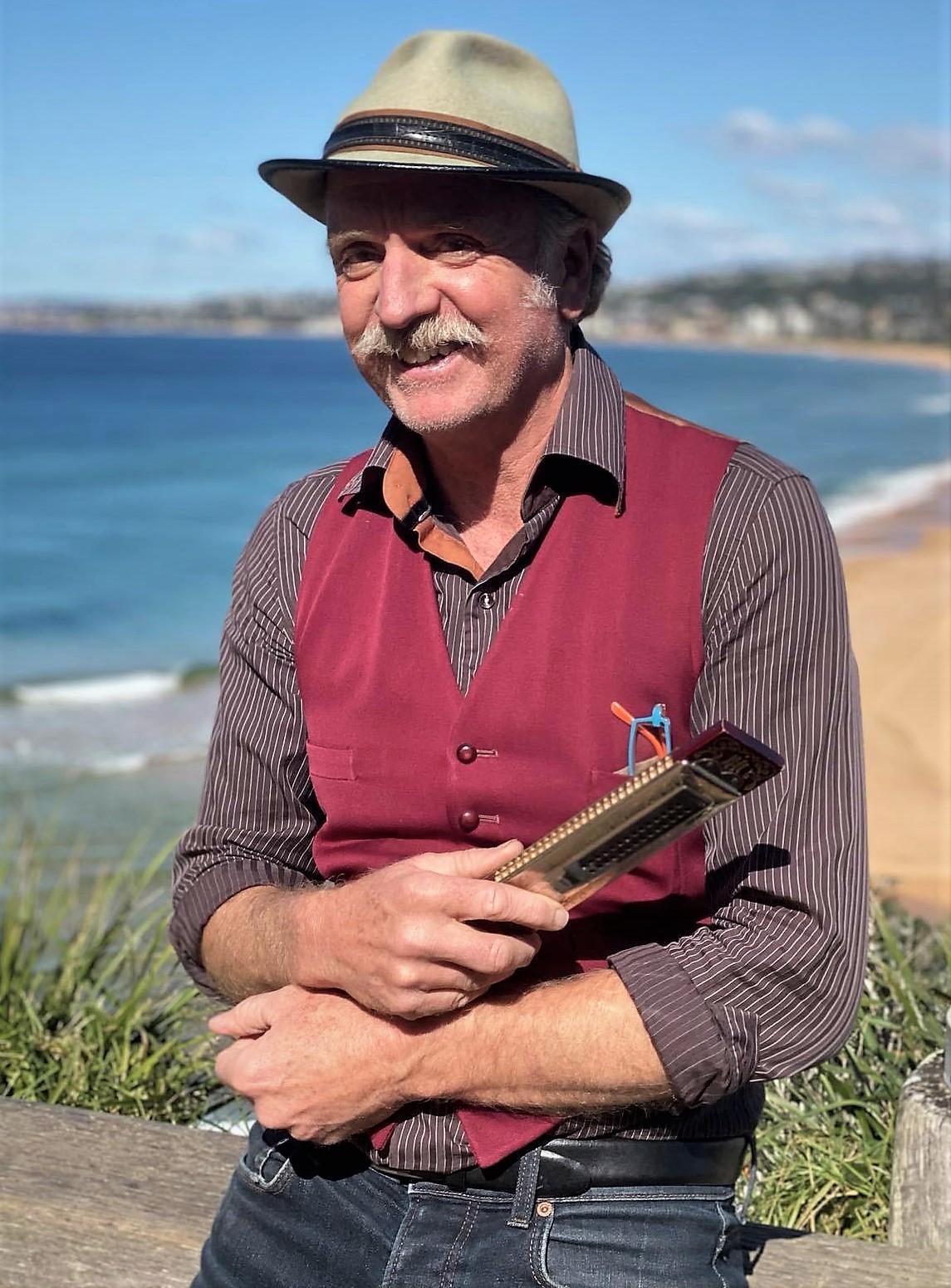 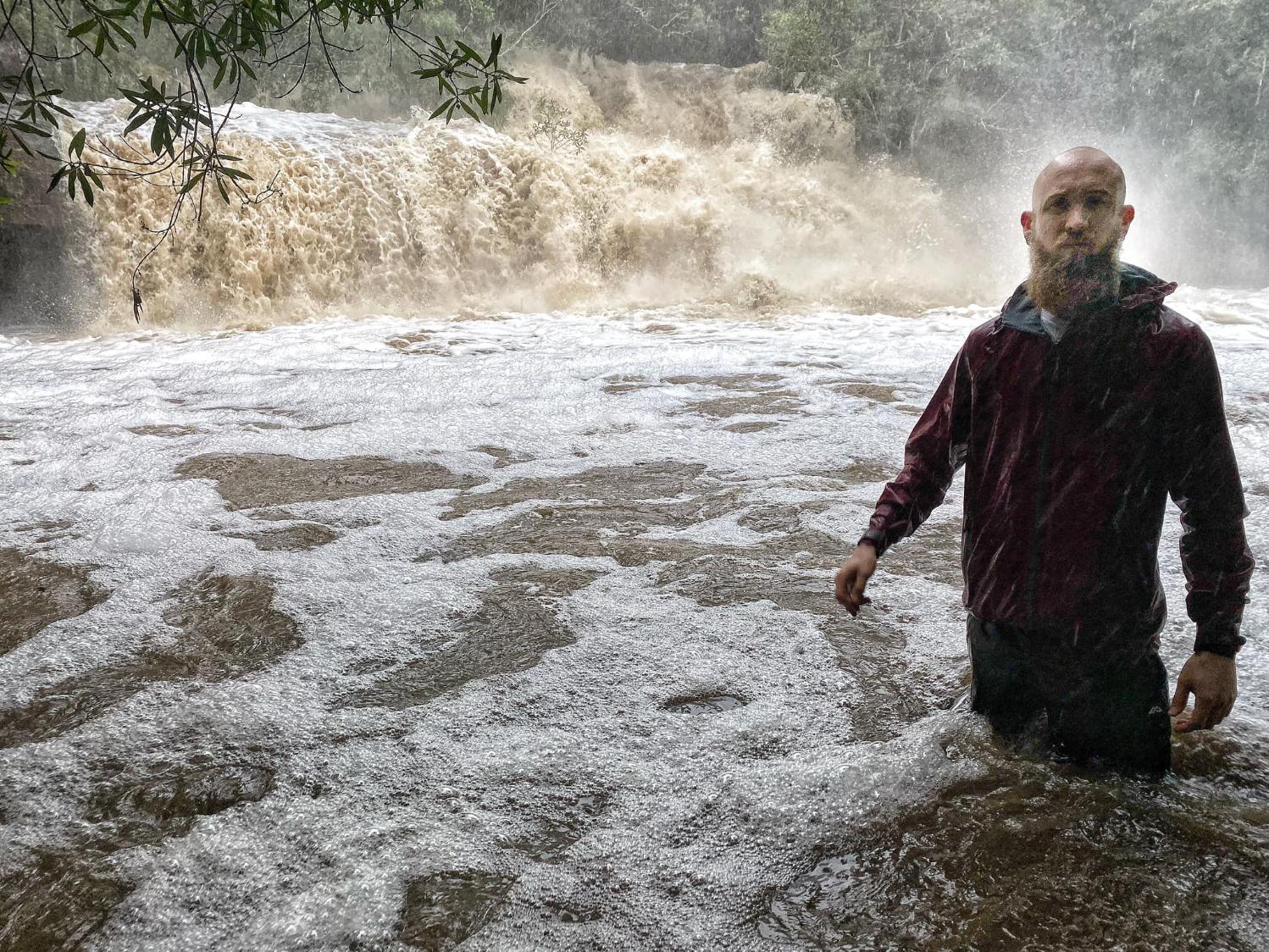 These and his music features as the Pittwater Online News September 2020 Artist of the Month. But first, a little about Kelvin himself;

In Ramsgate, UK in 1960. My parents were ten-pound poms and emigrated to the Antipodean shores in 1962.

I grew up at Bilgola Plateau, and for fun we enjoyed taking risks by hurtling down hills in shabbily built billy carts. Also pumping yabbies and fishing for whiting and bream in the little coves of Pittwater. I explored the bush and caves of Billy (Bilgola) where it was common to see echidnas, blue tongue lizards, goanna’s, and I even found a midden in a cave below Lower Plateau Rd. Here I found what appeared to be a ceremonial stone hammer.

Obviously, the landscape has changed dramatically, in 1965 there was only a red dirt road leading up to the “old shops” and primary school. And the playgrounds? Gone are the death-defying slippery dips and sick making merry go round contraptions!

‘The red dirt school”, Bilgola Plateau Primary. It was built in 1965, and my class was only the second one to go from kindy to Yr 6.

Go surfing. I’ve often wondered whose idea it was to build a high school next to a great surfing location at North Avalon. You’d bowl up to the carpark, and if it was 4 to 5 feet and offshore, suddenly maths or English didn’t sound appealing….. Oddly enough my mother didn’t think going surfing was a good plan.

What did you end up doing?

I ended up working for myself after 5 yrs working for others. I’ve done some unusual jobs. Like climbing up very tall Kentia Palm trees to collect the seeds, which I then sold to a distributor who sent them to Europe for the indoor plant market. As far as I know, no one was doing this in 1976. But my first ‘real’ job was as an apprentice pastry chef, where I ensured the owner of the Newport cakeshop I worked at made little profit as I ate a ridiculous amount of pies, custard tarts and vanilla slices. Which of course was entirely possible being a very active skinny 16 yr old.

After the business folded a year later (um, err, hope it wasn’t my fault) I became a “dish pig’ at a seafood restaurant, then several months later talked my way into being a cook. I discovered it’s possible to blag your way into almost anything. Cooking lasted for several years before I tired of the unsociable hours and the crazy drug taking/alcoholic chefs I worked with.

I then studied horticulture, as I became interested after starting a little backyard Kentia Palm nursery. I ended up expanding the business, hiring staff and began designing and creating landscapes. 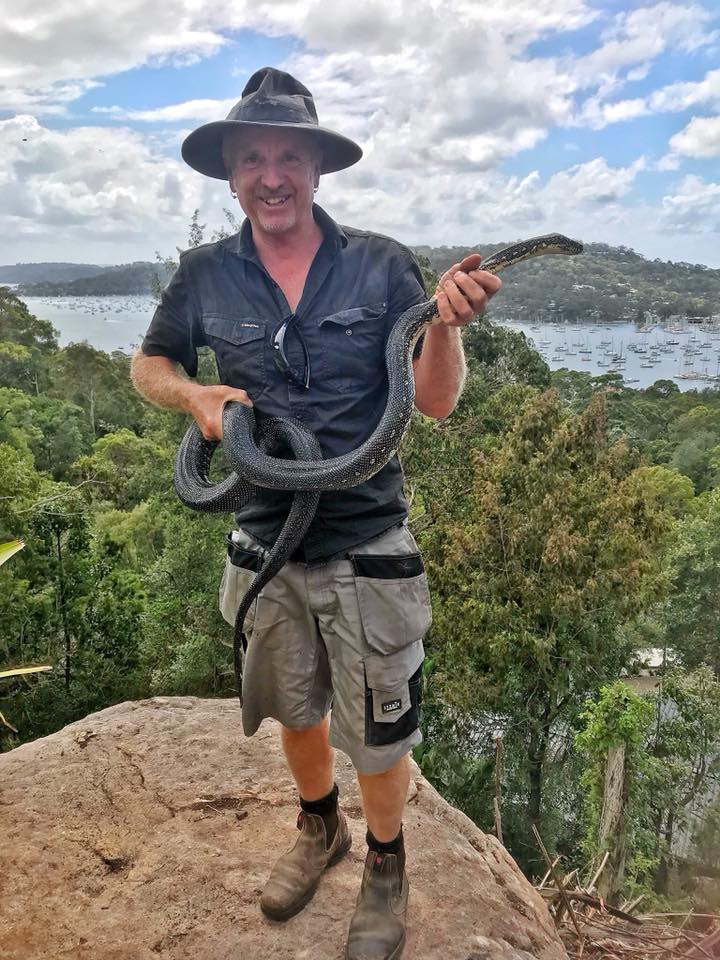 Kelvin at work in 2018 - finding another resident

My other career began as thus: In my early 20’s I hung out with guys who jammed on guitars and drank lots of beer. This was immensely appealing, so I started playing harmonica with the boys. And drinking too much beer. I became somewhat obsessed, (with the harmonica, not the beer) much to the annoyance of my girlfriend. I can’t image what kind of hell half an hour a day of terrible harmonica would have been like. Anyway, she’s still married to me. This began 20 years of playing in pubs and clubs all over Sydney. Including staying in sleazy accommodation next to country pubs complete with ciggy butts and cockroaches in the shower cubicle. Now that’s rock and roll! Ultimately harmonica playing led me to represent Sydney along with a great friend and musician Chris Raggatt at The International Blues Challenge in Memphis, which was an amazing experience. I even got to play at what is considered ground zero for blues, Clarksdale, Mississippi. This impoverished town was the birthplace of many of the greats of blues. 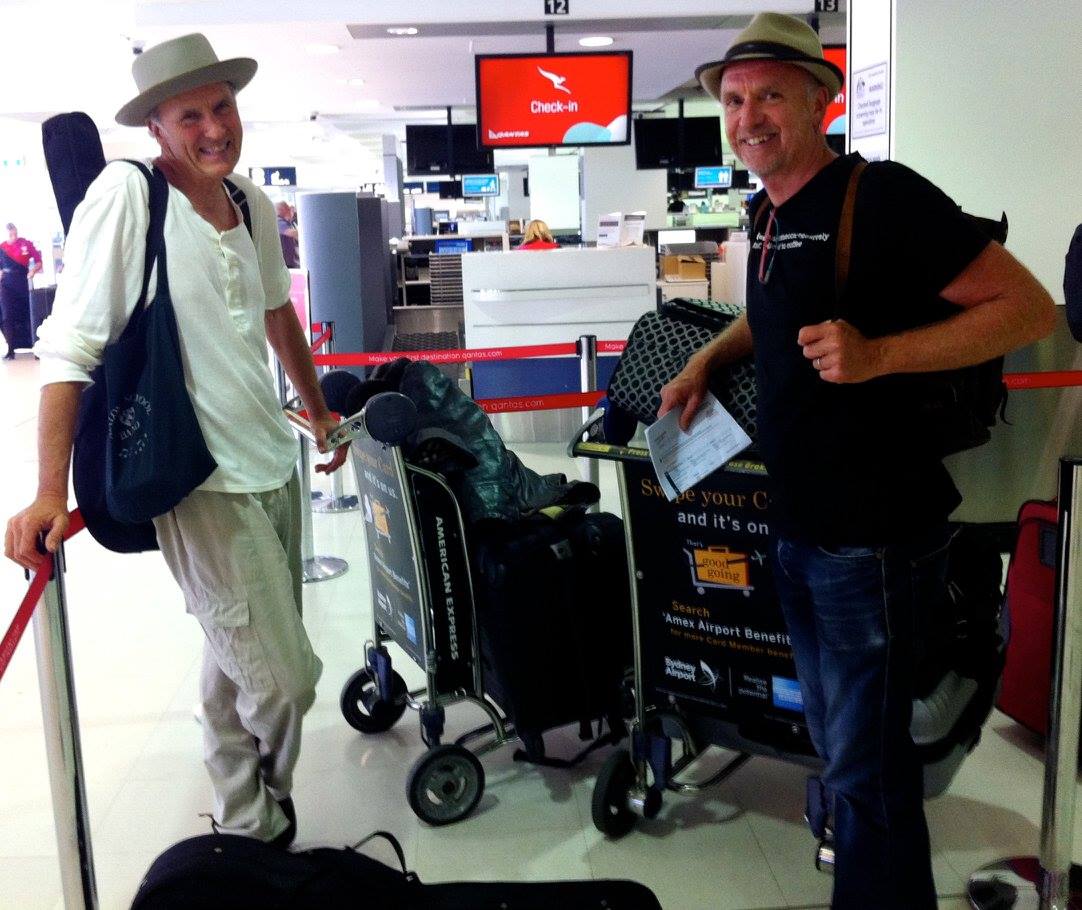 Chris and Kelvin are on their way to Memphis! photo by Tania Mant, 2017 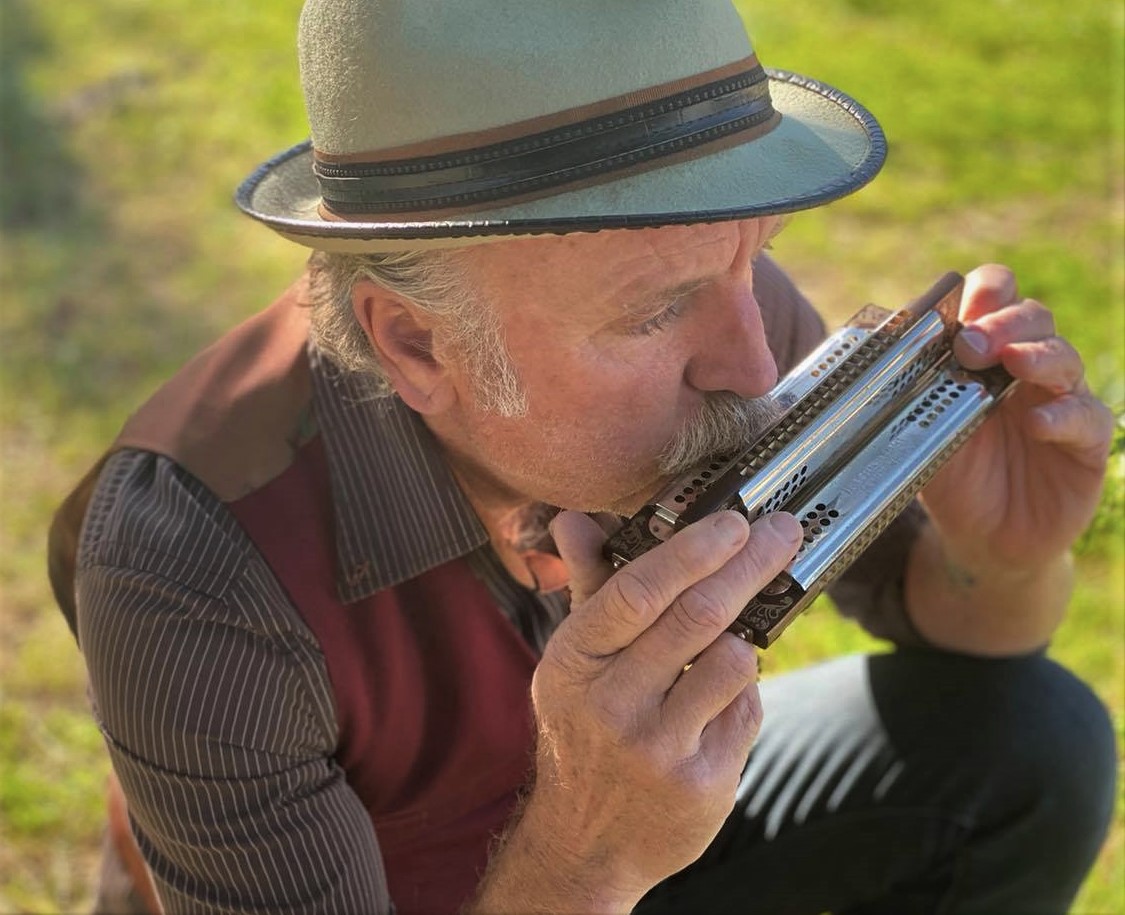 After presenting a few corporate team building harmonica workshops, I decided to expand into other areas like teaching in prisons and in the disability sector. As far as I knew, no one had done this before anywhere in the world. The prisons are a real eye opener, it’s not an experience many get to have. A highlight was running a session right in a maximum-security cell block. The guards wore flak jackets as several weeks prior a guard had been stabbed with sharpened wire. But I never felt uneasy or intimidated though, the screws and other inmates were the targets of violence, rarely visitors or music teachers. I think it was helpful that I have excellent people skills, and I always maintain eye contact with even the most hardened of students. The stories I hear are fascinating, like how drugs are smuggled into the prisons via dead birds stuffed full of drugs and thrown over the fences. Or drug filled tennis balls being lobbed over the fences, then collected and distributed via the laundry services.

You have done many things in many areas for our community through the decades – what are the projects that stand out STILL for you as important to you – and why are they?

Working with disabled teenagers has been an absolute joy, often I get goosebumps listening to how naturally talented some of them are. And seeing the utter joy they have in creating music, so much so many of them come up at the end of a session and give me a giant bear hug. There is so much enjoyment to be had enabling people with little chance of expressing themselves to play along to a song. That and working with prisoners, as I believe I am but one piece of the puzzle in the rehabilitation process. The other project I really enjoyed was organising the donation of around 800 soft toys from the northern beaches community which was then sent to a village in Sri Lanka devastated by the 2004 tsunami. One person can make an absolute difference.

Mackay Reserve at Palm Beach overlooking Pittwater, I used to jam there with my mates accompanied by aforementioned beers. I loved the spot so much I got married there. Church Point ferry wharf is another, I used to go there and sit on the wharf playing harmonica. And my home away from home, North Narrabeen rockpool, I place I go most days.

“Live every day fully”. Don’t waste a minute. Contributing to the lives of others, particularly those worse off than I. 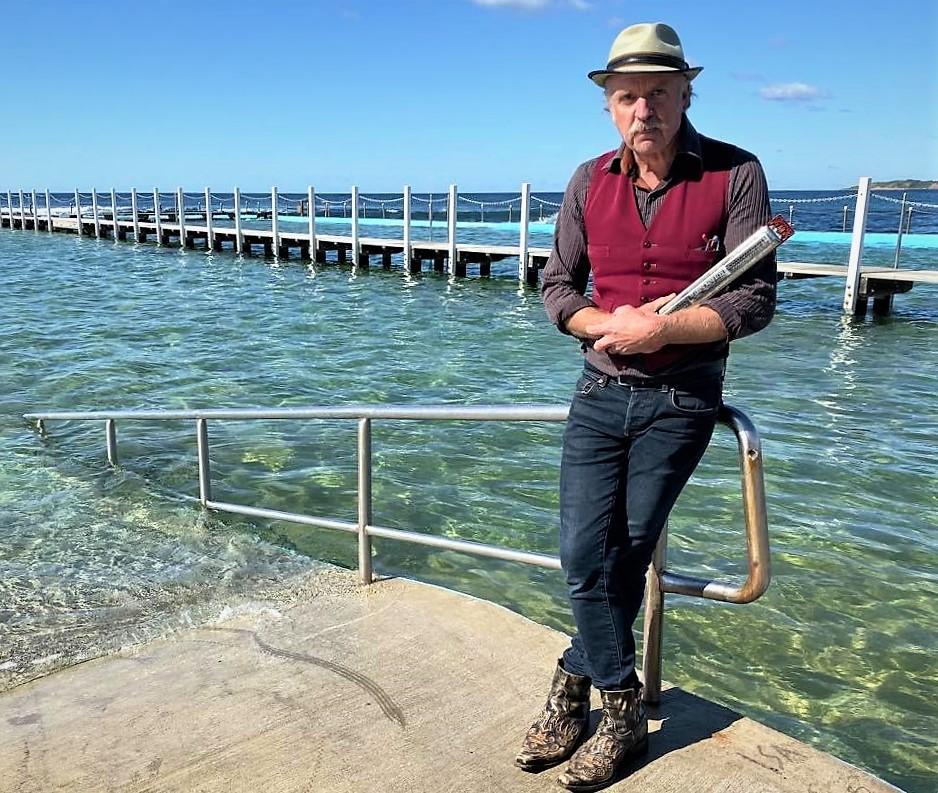 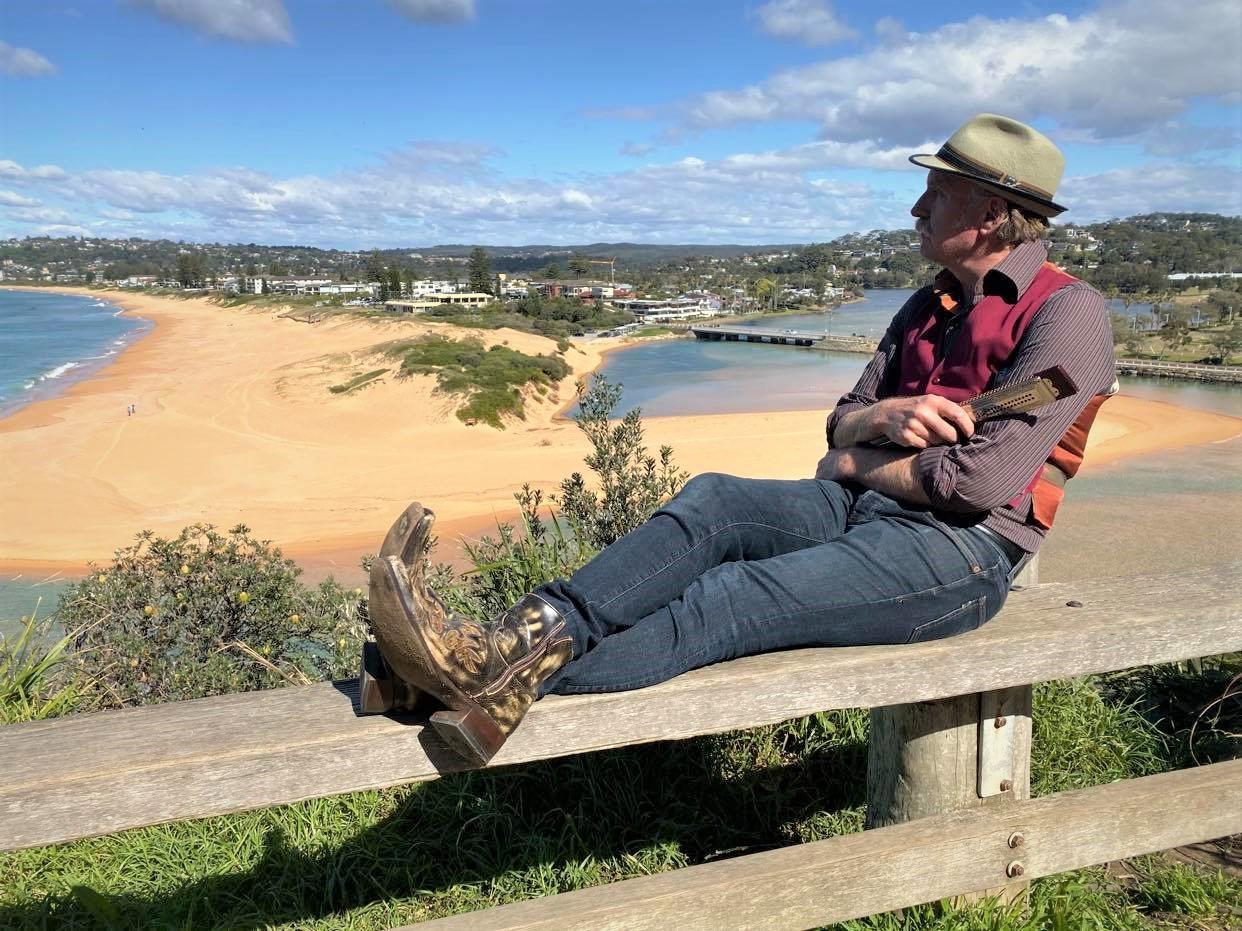