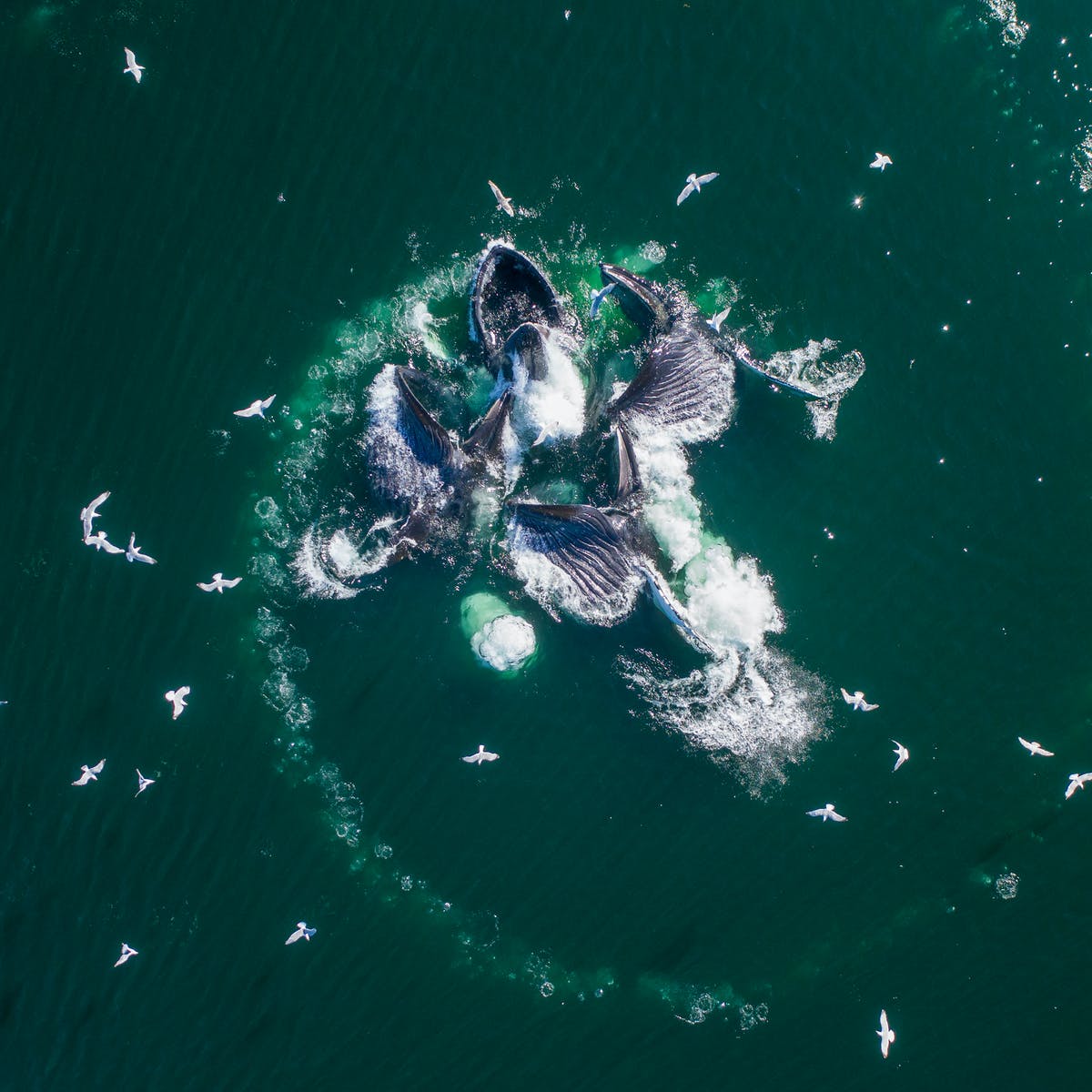 If you gaze at the ocean this winter, you might just be lucky enough to spot a whale migrating along Australia’s coastline. This is the start of whale season, when the gentle giants breed in the warm northern waters off Australia after feeding in Antarctica.

This north-south migration happens every year, but the whales can still surprise us. Thanks to a citizen scientist and his drone, humpback whales were seen feeding in a mass super group and “bubble-net feeding” off the New South Wales coast last year.

As my new research paper confirms, this a big deal for two reasons: it’s only the second time a super group of humpbacks has been observed in the southern hemisphere (a first for Australia) and the first time bubble-net feeding has been seen in Australia.

So what is bubble-net feeding, and why are these observations so important?

Bubble-net feeding is when whales deliberately blow bubbles from their noses to encircle their food — krill and fish — like a net, concentrating their prey into a tight ball. Then, the whale or group of whales swim together from beneath, rise to the surface opening their mouths, and gulp up their prey.

It remains a mystery as to why the whales feed in this way and how they learned to do it.

2020 was a year full of unprecedented events, and the humpback whales certainly didn’t disappoint.

Humpback whales in this eastern Australian population are usually observed lunge feeding on their side, or feeding below the surface. Bubble-net feeding, on the other hand, is mostly documented in some Northern Hemisphere populations.

But we know there are individual whales in the eastern Australian humpback population who bubble-net feed in Antarctic waters. This means the unique behaviour in Australian waters may have evolved independently, or through cultural transmission (learning new behaviours from different whales).

The drone footage and observations made in September from whale-watching boats was the first to document bubble-net feeding. To add to the excitement, citizen scientists also documented bubble-net feeding behaviour further south of Tasmania a month later. 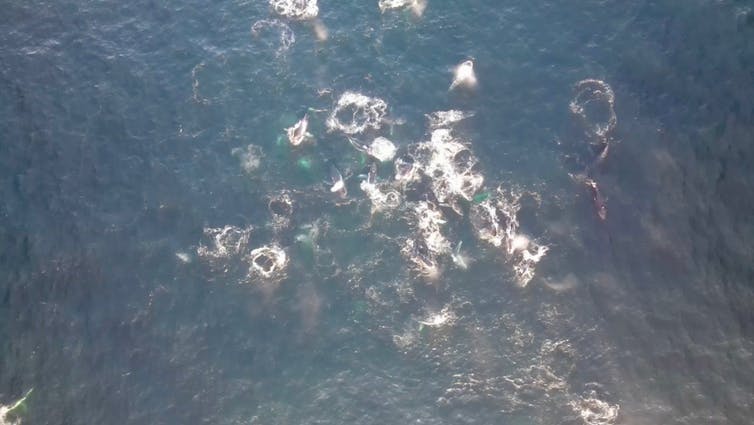 Using stills from the September drone footage, an estimated 33 humpback whales can be seen feeding at the same time. Unfortunately, it’s not known exactly what the whales were feeding on.

Until then, humpback whale congregations this large had never been observed in Australian waters.

In fact, the only other time a mass humpback feeding event has been seen in the Southern Hemisphere was off South Africa in 2011 (this now occurs regularly there). This was the first time the term “super group” was used to describe a group of 20 or more whales feeding this way. 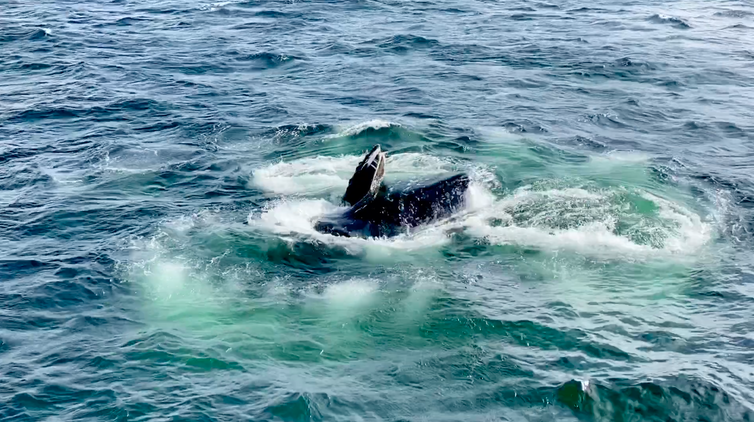 Humpback whale rising up in the middle of a visible bubble-net to engulf its prey. Jessica Millar/Sapphire Coastal Adventures

But why were they feeding in ‘breeding waters’ anyway?

The majority of the east Australian humpback whale population spends the summer months feeding in Antarctic waters. They then head north to warm breeding waters in the Great Barrier Reef during winter (June-August) to mate and give birth.

They forego feeding for love — humpbacks can go for months without eating, relying instead on energy reserves in order to reproduce. Animals that do this are called capital breeders.

From August to November, humpbacks migrate southward back to Antarctica. Along the way, they sometimes take a “pit-stop” on parts of Australia’s east coast to feed.

It was originally thought this population never fed along the migratory route. However, we know they do now to possibly supplement their energy intake as they migrate.

So why are these observations important?

Whales play important an important role in the ecosystem of the ocean because they feed in one area and poo in another.

This action — known as the “whale pump” — moves nutrients around the ocean. Their poo feeds tiny organisms, such as plankton, which are eaten by krill, and then eaten by whales.

Seeing these super group feedings highlights changes in our marine environment we might not have otherwise been aware of.

One possible explanation for this behaviour could be favourable environmental conditions. A combination of ideal water temperatures and nutrients may have resulted in an abundance of food, which saw large numbers of humpback whales feeding in the same area.

Or perhaps it has something to do with the recovery of the east coast humpback whale population, which has been increasing in numbers since whaling ended in the 1960s.

Regardless, it’s important to understand how changes in the marine environment influence the extent humpback whales depend on feeding opportunities along their migratory route.

This will help to predict how whale populations respond to future changes in the ocean. This includes climate change, which will warm ocean temperatures and alter when and where the prey of humpback whales are found. As a result, humpback whales will also move to different locations.

One thing, at least, is abundantly clear: more eyes on land and sea through citizen science will provide a valuable opportunity to document such exciting future events. So keep your eyes peeled for whales this season, and be sure to tell a scientist if you see something unexpected.

This article is republished from The Conversation under a Creative Commons license. Read the original article.
Tweet