Gallivanting Around The Galapagos Islands 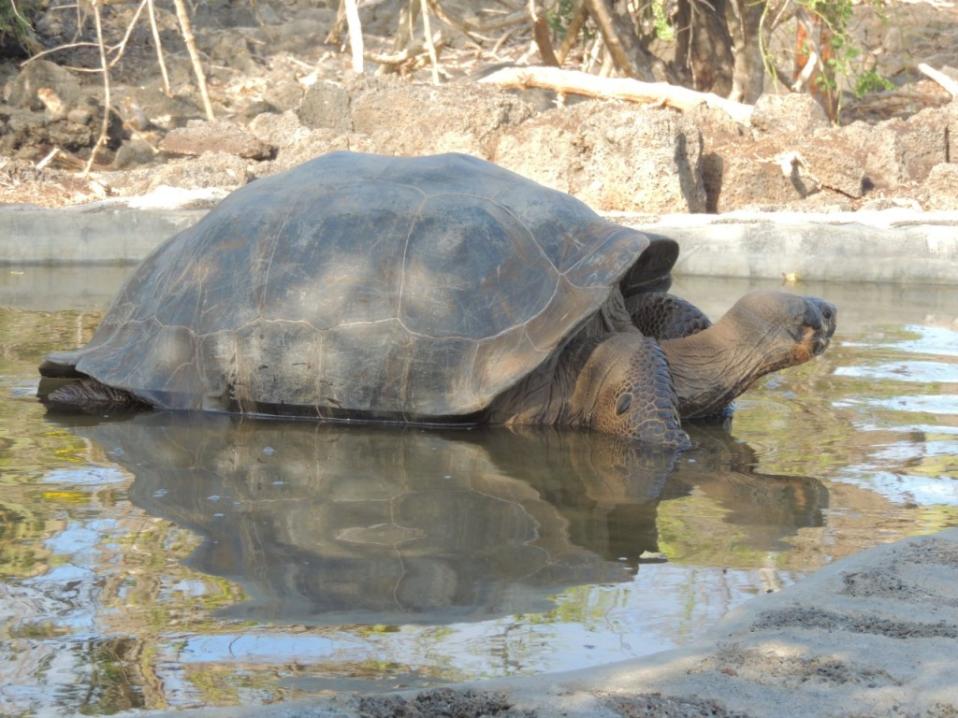 Gallivanting Around the Galapagos Islands

As a retired science teacher and a sailor, the Galapagos Islands were top of my bucket list. An archipelago of 15 islands along the Equator in the Pacific Ocean, these were formed by volcanic activity and are home to unique wildlife.

After a two and a half hour flight from Quito, Ecuador, we touch down on the barren islet of Baltra. At the pier to welcome me is a land iguana, chubbier and less scary than the marine species. On the zodiac, spray flying, clinging to the rope, we motor towards our ship. Coral II at anchor in turquoise water. This is our home for the next week as we explore one of the most fascinating places on the planet.

It’s hard to believe I’m in the same waters that Charles Darwin sailed aboard the Beagle. Finches flit among the yellow flowers of prickly pear cactus trees as we arrive at the research station named after Darwin. His visit in 1835 observing these tiny birds helped form the Theory of Evolution, changing forever our understanding of the origins of life on earth.

Galapagos giant tortoises laze in rocky pools. As part of the breeding program other enclosures display them in varying sizes. In the nineteenth century pirates raided these islands using the tortoises for meat. On Santa Cruz Island we’re taken to a ranch where tortoises roam free. We were warned to keep metres away, as they hiss if you get too close.

A boardwalk of 372 steps leads to the top of the cone on Bartolomé Island for expansive views. Pinnacle Rock formed from volcanic tuff (ash), etched by erosion, is spectacular soaring above the sea. The island’s arid surface is dotted with both the lacy silvery tiquilla, and the knobbly lava cactus. Tiny lava lizards skitter amongst the vegetation. 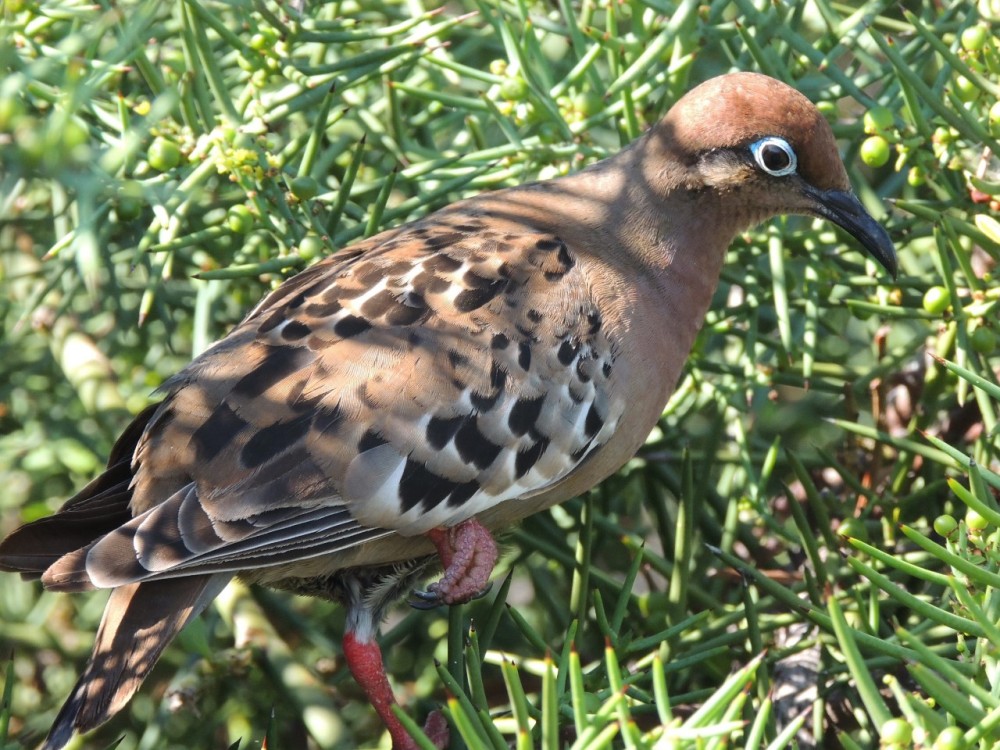 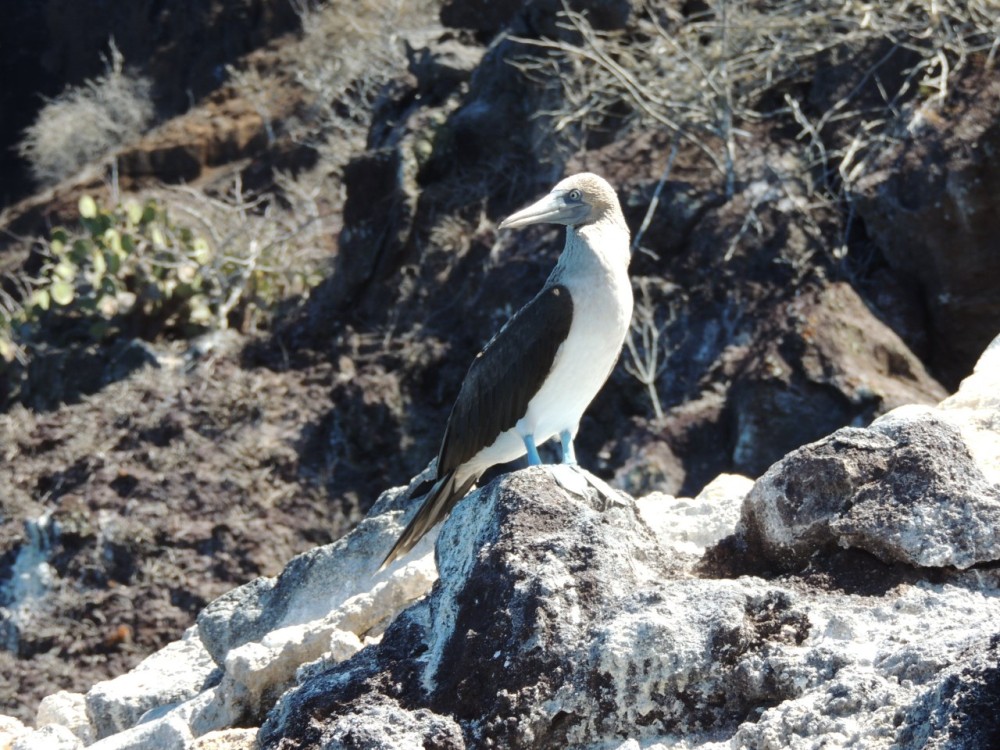 We motor all night to the western side of Isabella Island. Skimming around in the zodiac we see masses of marine iguanas clinging to the rocks. In sharp contrast to the black lava rock, crimson crabs, Sally Lightfoots, scuttle to crevices. While stopped to see three Galapagos penguins posing, sea lions zoom up, their squawking resonates round the bay.

Punta Vincente Roca Bay is a spectacular highlight as we splash in for a deep water snorkel. Three sea lions join us for a playful swim. In shafts of light below, bubbles trailing, they dart and curve through the water at amazing speed. Burnished brown skin and whiskered snouts, they scoot past, their antics entrancing to watch. It’s hard to believe I’m amidst this marine life, sharing their habitat.

Scenery continues to impress. Landing on Fernandina Island, the youngest in the archipelago, we see the rare Galapagos hawk. Brown speckled, large talons and curved beak, this predator stares us down. But these islands are best known for marine iguanas. Their nests in sand are avoided. The huge males are colourful in the mating season, some adopting a reddish hue. They jerk their heads up and down as a sign of aggression marking their territory. If they’ve been diving they sneeze out the extra salt, spurting half a metre. 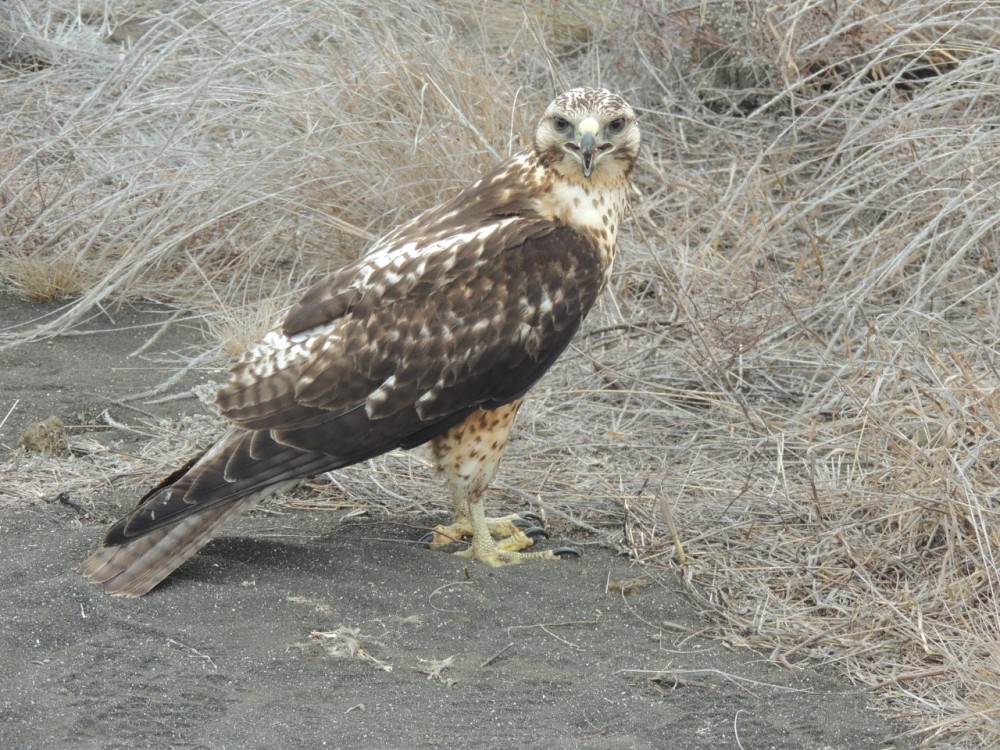 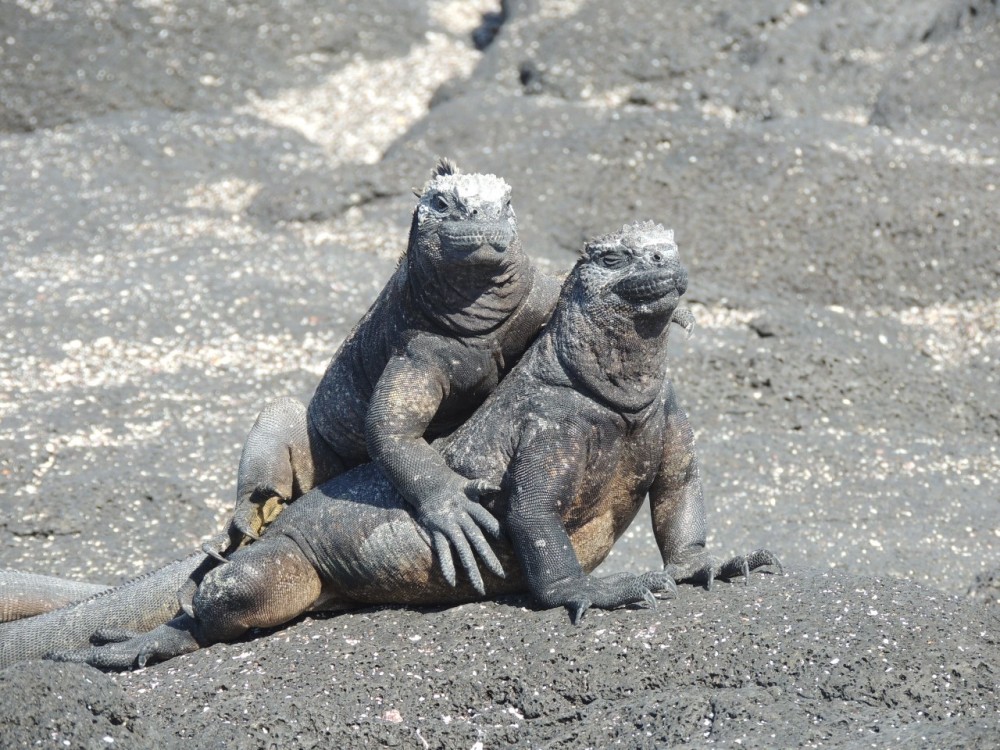 After a day of adventuring, it’s time to shower then take a wine to the upper deck. Frigate birds soar in the wind and circle our boat. Feeling a blissful breeze, we await the call to dinner while sun shimmers the surface in our calm anchorage.

If you like natural environments of wild pristine beauty with unique flora and fauna, the Galapagos Islands are the place to go. A landscape crafted by volcanoes, surrounded by aquamarine seas and the habitat of leathery lizards with spikes down their spines. Not to mention the excitement of stepping onto a black sand beach following Darwin’s footsteps.