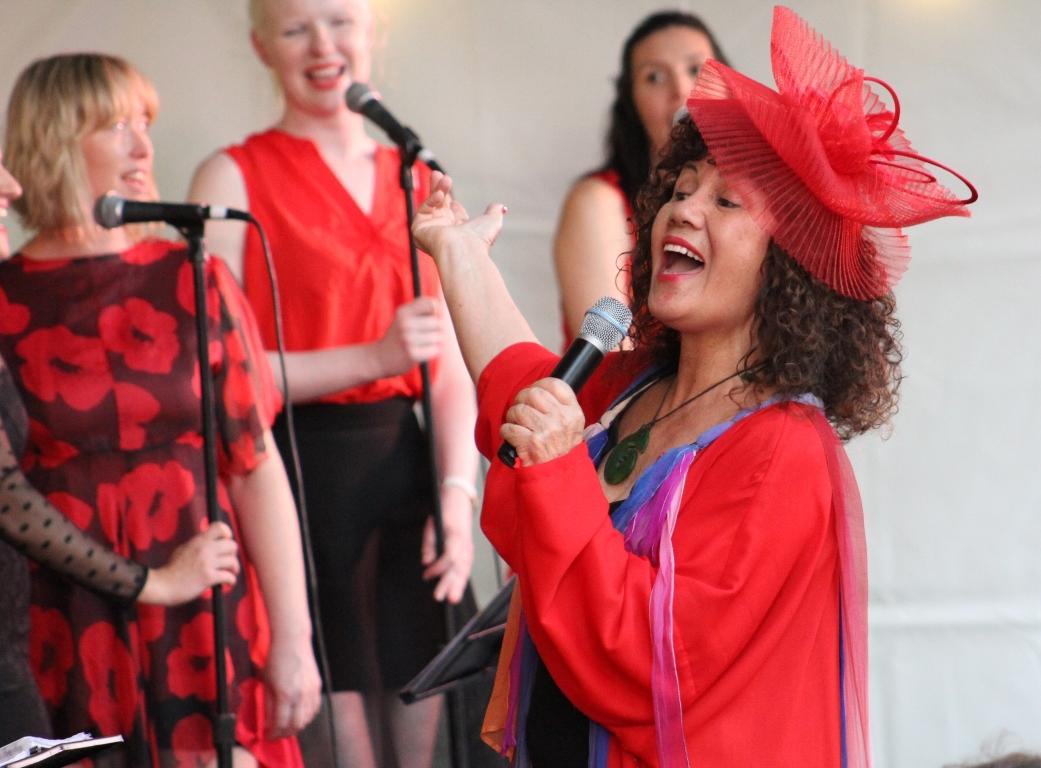 The wonderful Joy Yates
The green slope beside Avalon beach was filled to capacity again this year for Carols at the Beach. When Santa arrived he was instantly surrounded by a sea of youngsters as he handed out the gift of sweetness - yes, Lollies!
On stage The Jubilation Choir brought some classics and contemporary renditions of other favourites to life including a song with lyrics by Joy Yates; 'Christmas Wonderland in Avalon'. 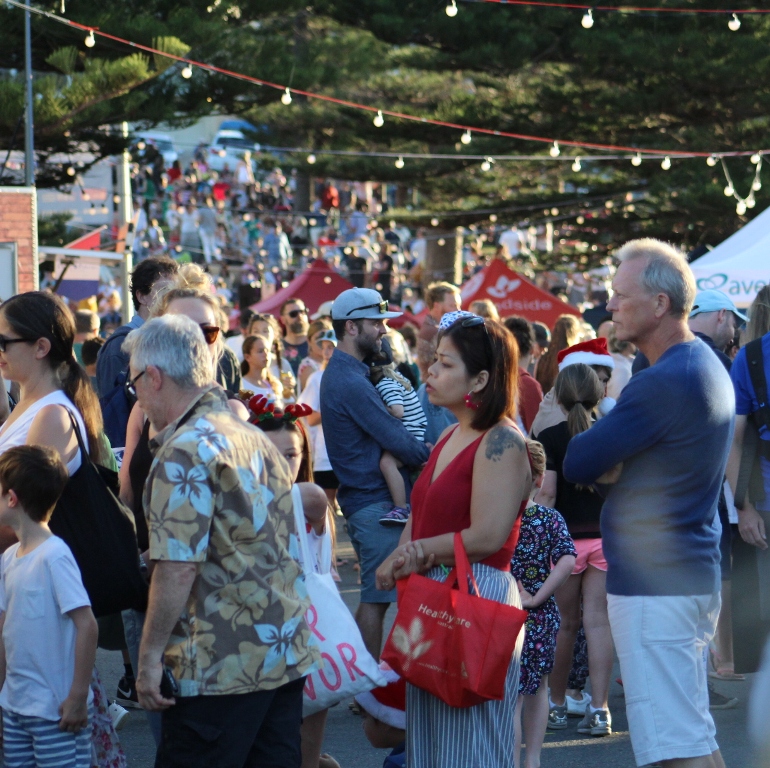 Food Alley
Apart from being the community together to begin the Christmas celebrations and commence that long exhale into end of year relaxations, this annual staple on the song calendar helps Avalon Beach SLSC, the hosts of the Carols at the Beach, to save lives.
AVSLSC President Richard Cole explains more in his Welcome to the 2017 Carols HERE 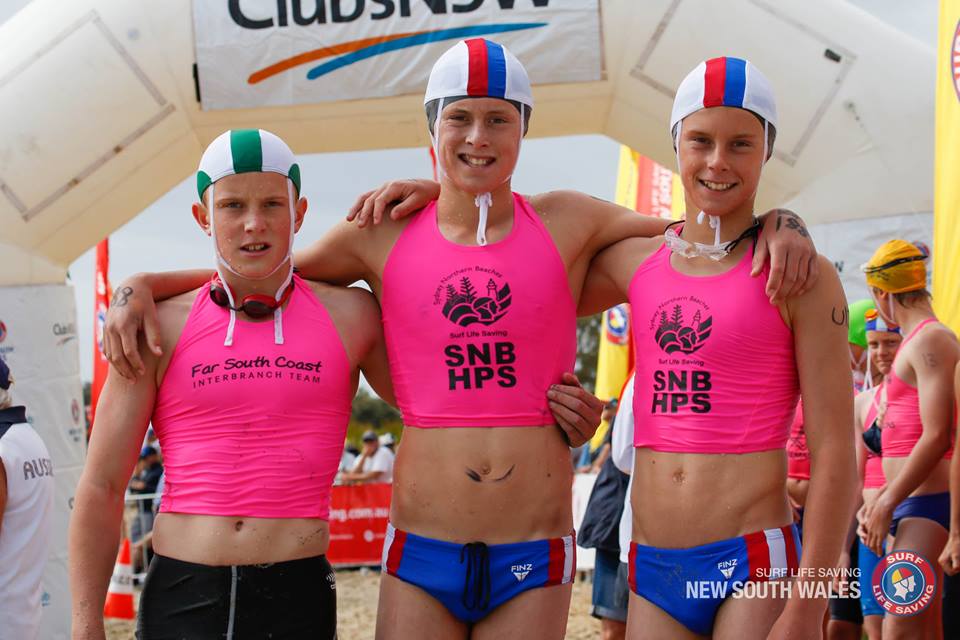 NORTHERN BEACHES IN THE LEAD AT INTERBRANCH

Saturday 9 December 2017The traditional rivalry between Sydney and Sydney Northern Beaches (SNB) is alive and well after Day 1 of the NSW Interbranch Championships.After a great day on the water and the beach at Stockton near Newcastle, the Northern Beaches powerhouse is ahead of the title holder Sydney, with Hunter Branch in third and Central Coast fourth.In the beach events, SNB led the charge early with wins across all age groups, including a stellar performance by Josh Gedz from the Manly club who took out both the U13 Beach Flag and Beach Sprint events.Despite the claim she is getting too old for sprinting, Laura Shorter (Newport) came across the line first in the Open Female Sprint and her team mate and partner Blake Drysdale claimed the prize in the Open Men’s Beach Flags. The only disappointment of the day for the SNB beach team was losing the lead and coming fourth in the Senior Beach Relay after a botched baton change.In the water area, team captain Max Brooks from Newport came home hard to win the Open Ironman, while his team mate Naomi Scott from Manly crossed the line first in the Women’s event.At the other end of the age range, Connor Maggs from Manly had a great first outing, recording wins in both the U12 Ironman and Board races and second in the Surf Race.The Newport twins Mitchell and Jake Morris were one and two in the U13 Ironman and Kimberley Doyle from Manly added to the tally in the Female Iron event.There’s not much in it though, with Sydney branch trailing by just a handful of points, with anything possible going into Day 2.

Sunday 10 December 2017
Sydney Northern Beaches (SNB) have reclaimed the Interbranch title from rivals Sydney after a ding dong battle on the beach over two days at Stockton SLSC.
In the final wash-up there was less than 50 points between the front runners, but the story of the championships was the Hunter Branch landing a place on the podium, ending up third overall behind SNB and Sydney. The Hunter team were flying high after the result, their best in 20 years.
Far North Coast Branch finished on top of the Country pointscore and were only 37 points behind the large Central Coast team, a fantastic effort from the northern contingent.
SNB’s strength shone through in the teams events on Sunday with comprehensive wins in the Open Male Taplin, Youth Female Taplin, U12 and U13 Cameron Relays, U13 Mixed Board Relay, Youth Mixed Ski Relay, and the junior Male Board Rescue Relay.
More from Surf Life Saving NSW HERE 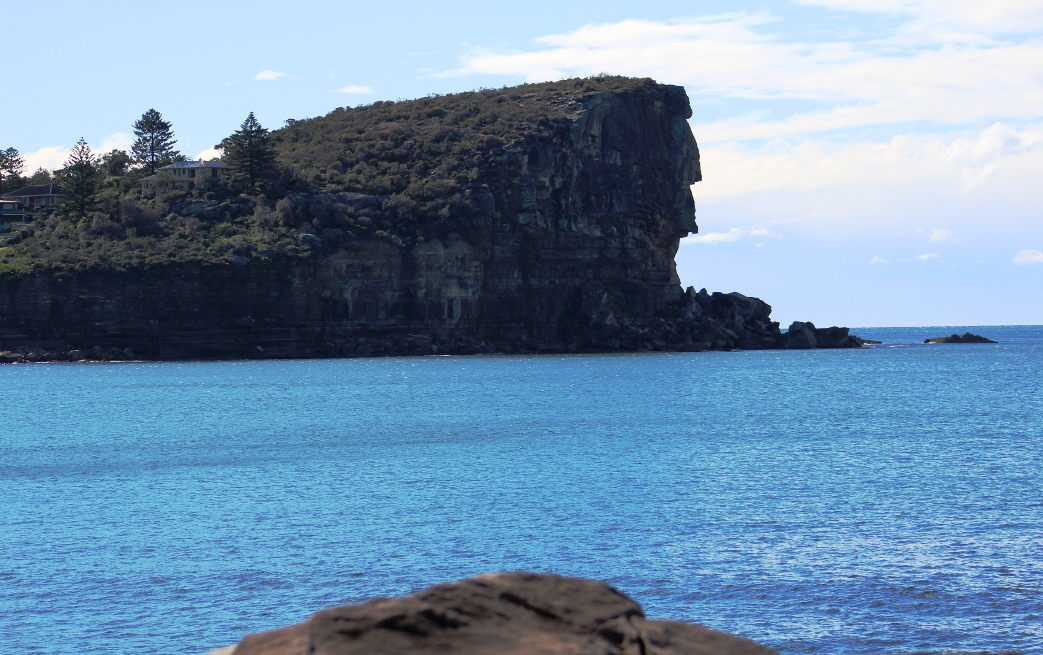 Before - taken from South Avalon rock platform, showing the Indian Head silhouette of North Avalon headland - taken 24/6/2016 - A J Guesdon photo
Our final Issue for 2017 will be published next Sunday, December 17th. We have a bumper edition for our Readers to hopefully provide some enjoyment and entertainment during spare moments and this will include an overview of some of the features and images Contributors and Staff have brought you in 2017.
One such story is that which shows our ever-changing coastal landscape in the Day the Avalon Indian Face Fell, and runs as a reprise, by request this Issue - even though hundreds of thousands of you have already enjoyed that page.
We will also be bringing you some summer reading from Robyn McWilliam's new book in the Artist of the Month page as Mick Glasheen's last weekend of his exhibition at Newport finishes. We have some Historical insights to share, as well as the second page of Pittwater Fishermen along with some Summer celebrations of this wonderful place, and yes, one last really really bad poem for Children for 2017!
Pittwater Online News's first Issue in 2018 will run Sunday January 14th. 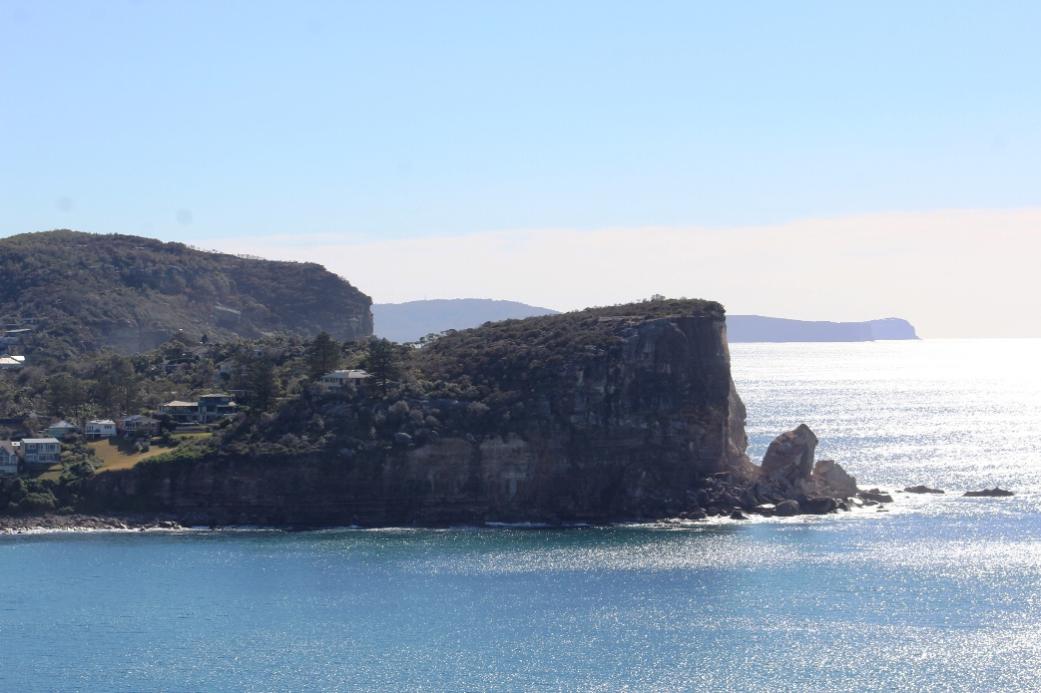 After August 11, 2017 - from South Avalon Beach Headland and A J Small Lookout 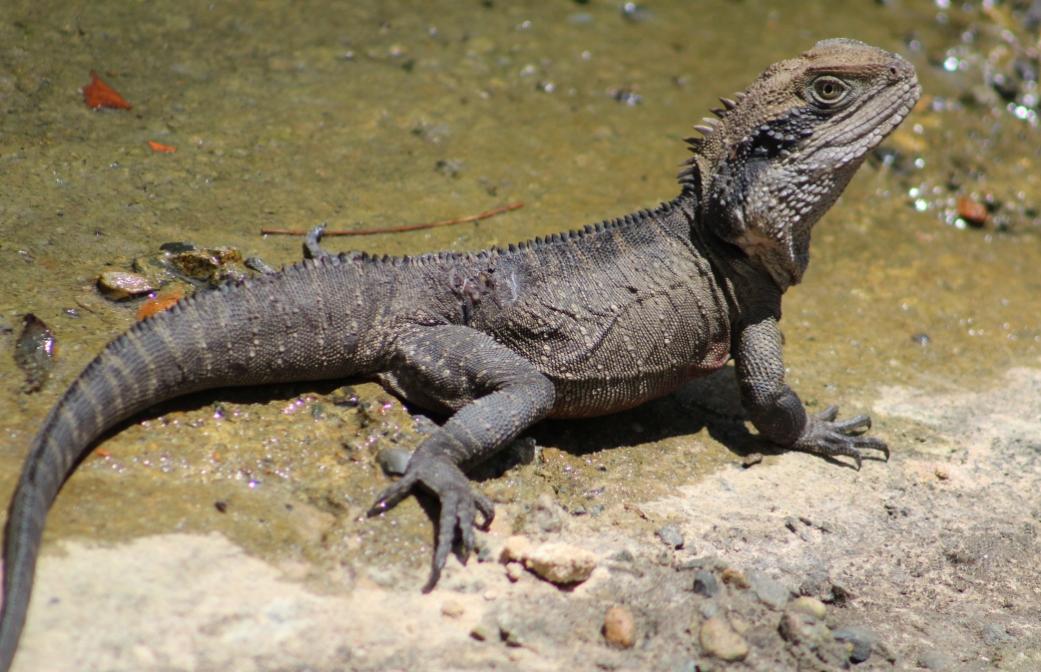 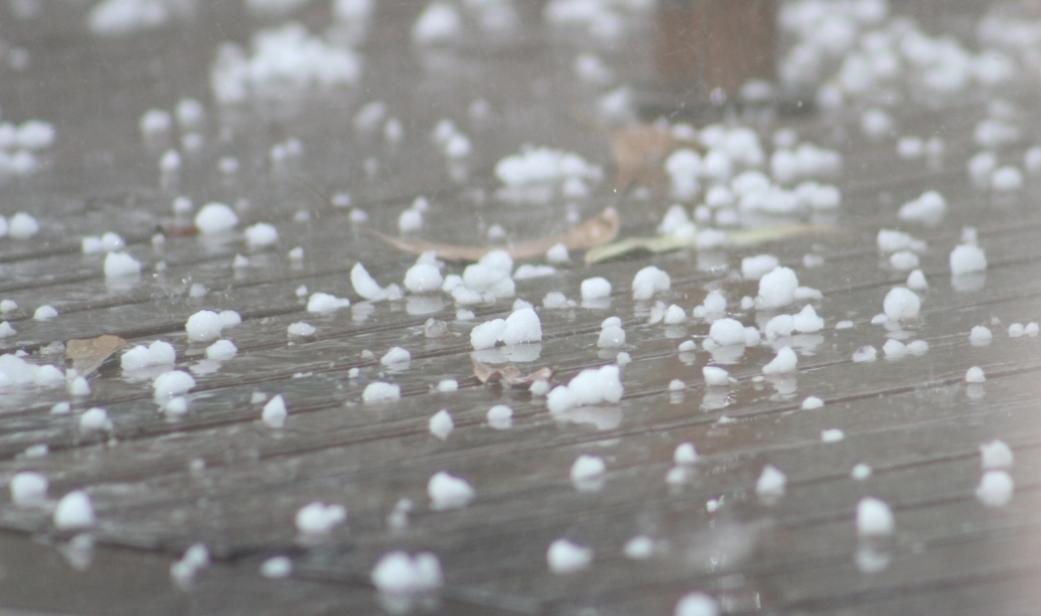