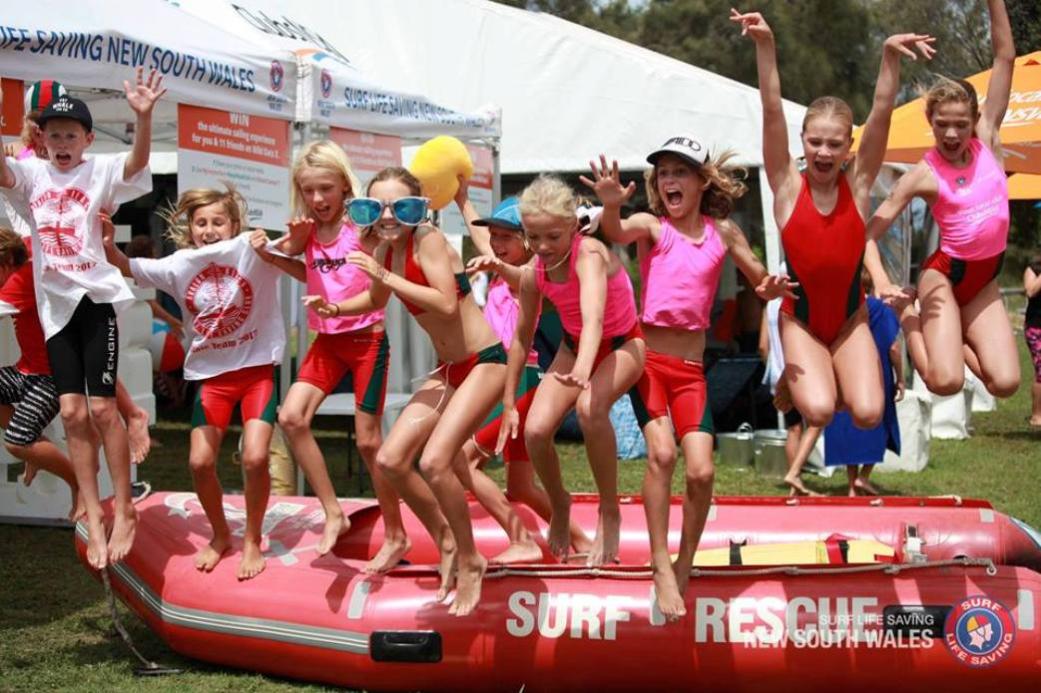 With the focus on the numerous team events to be contested there was plenty of club spirit displayed during a highly entertaining second day of the 2017 NSW Surf Life Saving Age Championships at Blacksmiths Beach.
Manly Life Saving Club surged to an overall lead of 55 points from nearest rivals Elouera with Wanda, Cooks Hill, and North Bondi rounding out the top five. Hosts Swansea Belmont enjoyed another successful day finishing in 9th position in the overall standings.
Reports and photos by Surf Life Saving New South Wales + some of the results so far we dug out of the listings, all contributing points to their own clubs HERE 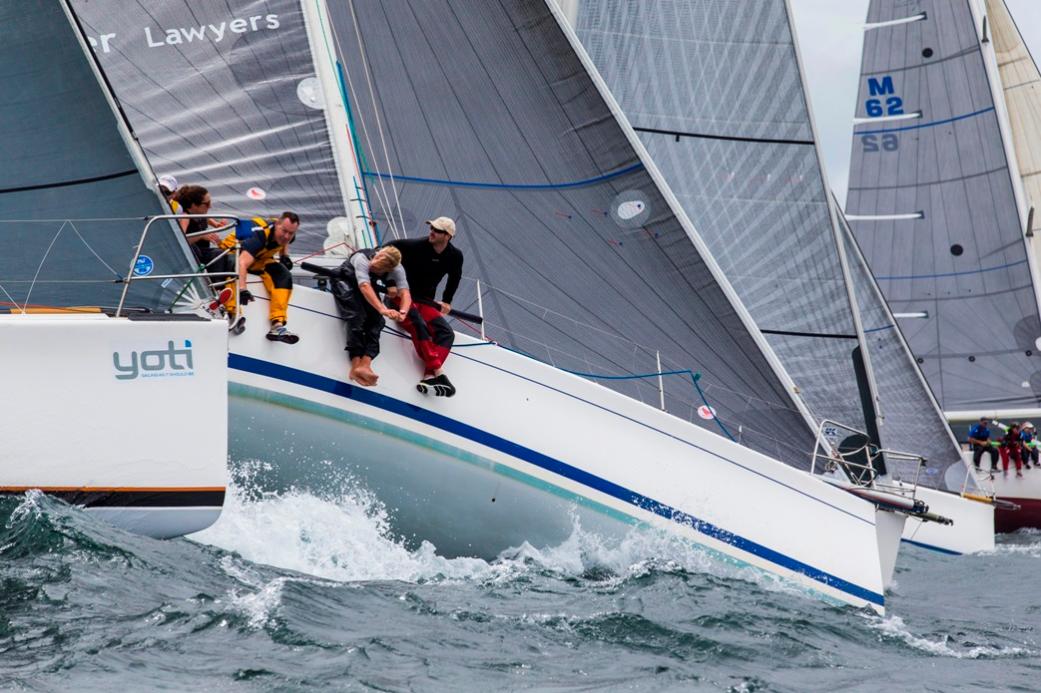 Close quarters in the Sydney 38 start as part of the Sydney Harbour Regatta 2017  - photo by Andrea Francolini, MHYC.
When summer racing comes to an end, focus shifts to the Sydney Harbour Regatta - the last hurrah at the beginning of autumn when the weather is still warm and the Harbour a picture postcard of sailing boats, from the Historical 18s to the most technically innovative boats on the planet.
Broadening in its appeal, NSW’s largest keelboat regatta has been expanded to include the Farr 40s and the Sydney 38 International Championship, with overseas and interstate entries expected.
The two high profile one-design yachts started their competitions on Friday 3 March, and continue on with the rest of the large cast of divisions through the weekend.
On Harbour courses and adding to increasing numbers in 2017, MHYC will also host the Yngling and J70 national titles at the Sydney Harbour Regatta, while the Etchells and Dragon keel boats return following a two-year hiatus, resulting in a strong showing from RSYS.
Regular one-design classes returning to the annual event include Adams 10, Melges 20, Melges 32 and VX-One. They will be joined by the Super 12s, Sports Boats, Cavalier 28 Performance class and Super 30’s.
Larger yachts sailing in the IRC and ORCi classes are offered windward/leeward and passage divisions, enabling them to ‘warm-up’ for the impending Australian Yachting Championship. A Sydney 36 division will race alongside these boats.
A Performance class (Ocean Passage) and Harbour courses for Performance Class boats in Spinnaker, Non-Spinnaker and Classic divisions and Production Boat Class (X-Yacht, Hanse) will again draw big numbers.
Now in its 12th year, “the Sydney Harbour Regatta”, says Middle Harbour Yacht Club Commodore John McCuaig, “Is increasingly evolving as its reputation continues to grow. The Club prides itself on offering a diverse range of classes, this time including the most competitive one-design yachts in Australia.”
MHYC thanks the following clubs for their ongoing support: the Cruising Yacht Club of Australia, Royal Sydney Yacht Squadron, Manly Yacht Club, RANSA, Royal Prince Alfred Yacht Club, Royal Prince Edward Yacht Club, Sydney Amateur Sailing Club and the Sydney Flying Squadron.
More HERE 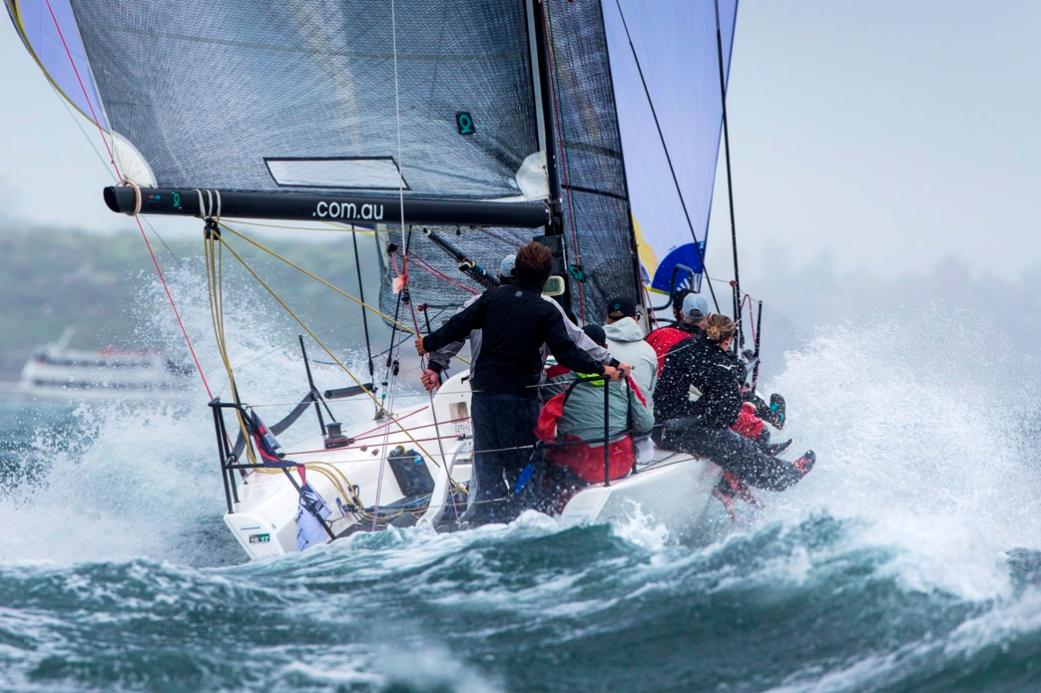 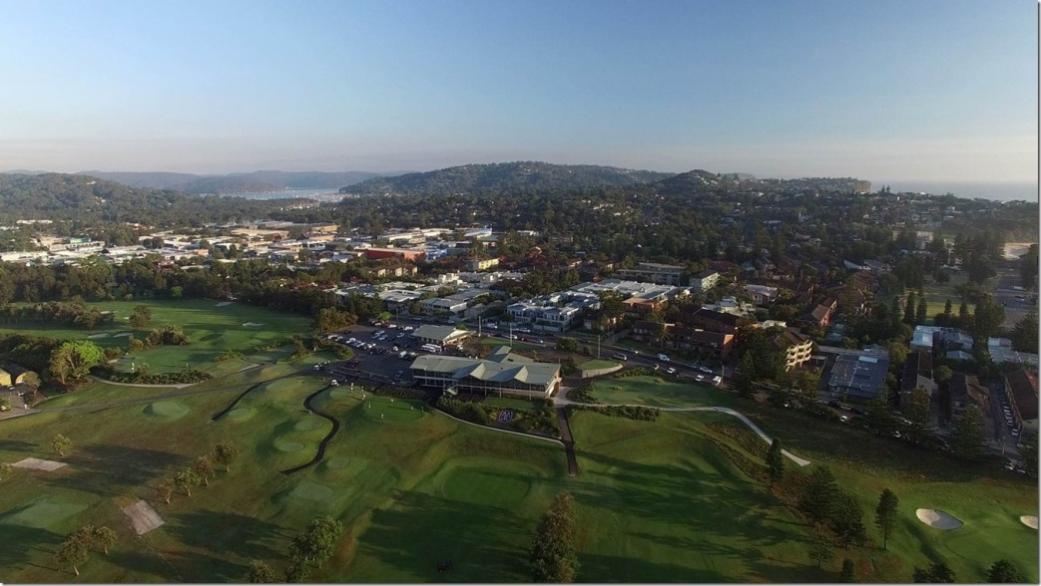 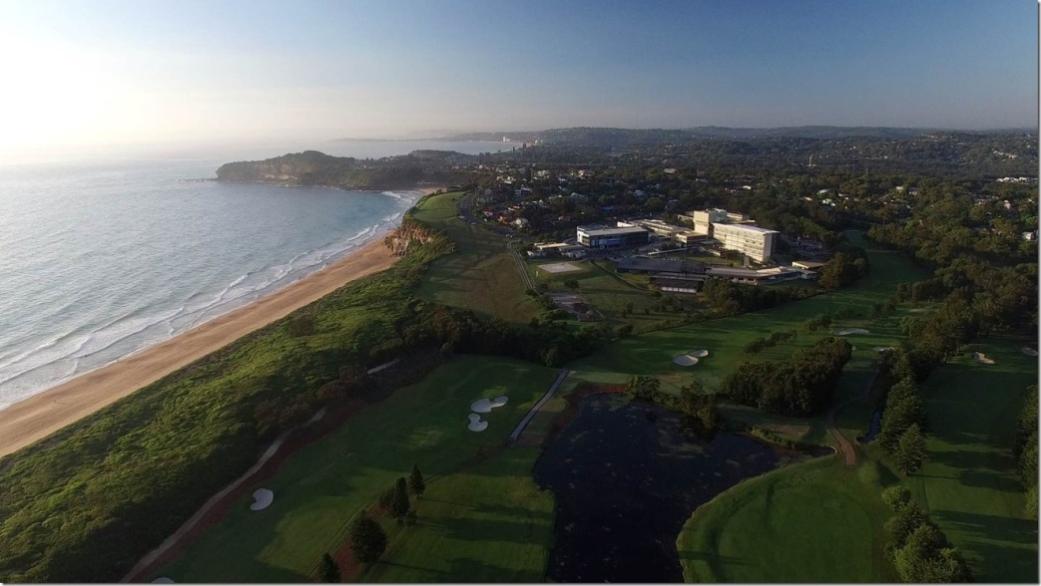