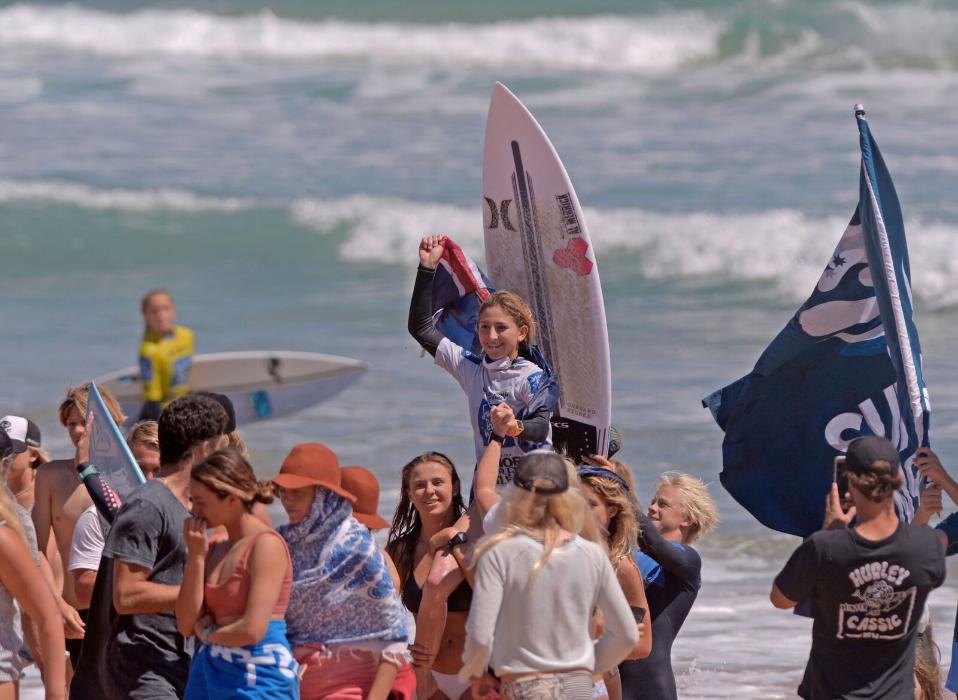 Waitpinga Beach turned it on for the last day of the 2018 Surf Dive ‘n Ski Australian Junior Surfing Titles in South Australia today. Organisers rolled the dice on holding off running the Under 18’s Finals and the gamble paid off this morning with 2-3ft offshore walls making the perfect canvas for some first class surfing.

In the boys final, Margieson got off to a quick start with a 6.50 point ride (out of a possible 10 points) in the first thirty seconds. He then waited until the last five minutes to put the nail in the coffin with one of the more memorable finishes to the division in years.

Wave selection was critical and young ‘Margo’  was first class, smashing a perfect set wave to pieces from the top to bottom of the bank, posting a near-perfect 9.65 point ride (out of a possible 10 points), sending the New South Wales team on the beach into raptures as he took the win.

Picklum’s surfing was of such a high standard in the Under 18 Girls Final she threw away an 8 point ride by the time the hooter rang. A single world-class backhand turn scoring her 8.25 points (out of a possible 10 points), putting an exclamation mark on just how good the North Shelly junior is. 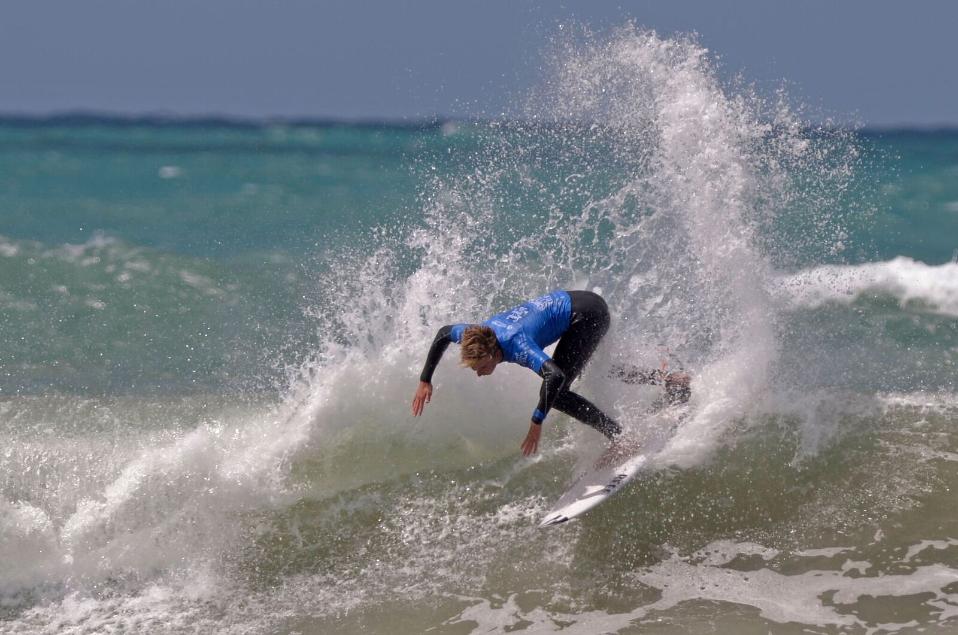 It was all about the Under 14’s and 16’s divisions today at Waitpinga Beach with South Australia again providing excellent conditions with 1-2ft mechanical left-handers peeling through the line-up for the majority of the day.

The Under 16’s Boys and Girls finals were high quality affairs with all eight finalists showing why they are Australia’s best. Joel Vaughan put on a clinical display in the boys final whilst Cedar Leigh-Jones won a tight battle, overcoming Ellia Smith by .05 of a point in a classic back and forth tussle.

The Under 14 Girls final was the highlight of the day with Harrison and Zali Hewson (WA) going wave for wave with rides in the excellent range and both competitors ending the heat with 18 point heat totals.

The event is set to wrap up tomorrow with the remainder of the age divisions finals to be decided along with all School Sport Divisions.

The call to move The 2018 Surf Dive ‘n Ski Australian Junior Surfing Titles to Waitpinga for day four of competition proved a masterstroke for organisers as finalists were decided in pumping 3-4ft waves and offshore winds.

In the Under 18 Boys it was the in form Jamie Thompson (NSW) top-scoring with a 15.50 point heat total (out of a possible 20 points). He joins Harry Phillips (NSW), Xavier Huxtable (VIC) and Micah Margieson (NSW) in what should be an epic final.

The Girls Under 18 Final and Under 16 division semi-finals were decided with New South Wales style master Molly Picklum (14.75 points) a standout in the 18’s while in the 16’s Queenslander Isabella Caldow (14.25 points) stamped her authority in the quarter-finals.

In the Under 16 Boys, Joel Vaughan (NSW) and Mike Clayton-Brown (NSW) top scored with 15.15 and 13.35 point semi-final totals respectively to earn the favourites tag heading into their final.

The Under 16 Girls semi-finals will run in the coming days along with Under 14 Girls and Boys finals from the quarters.

The Under 14 Girls and Boys divisions put on a mini masterclass today at the 2018 Surf Dive ‘n Ski Australian Junior Surfing Titles at Middleton Bay in South Australia.

Headlined by a perfect 10 point ride from Under 14 Girls Queensland competitor Lilliana Bowrey, round one was a high-quality affair.

Bowrey, after posting a 7 point single wave score (out of a possible 20 points) in the first couple of minutes of her heat had the freedom to go looking for something special. The young Queenslander took off on a right-hander on her backhand and proceeded to tee off all the way to the beach, throwing her fins out on one manoeuvre whilst maximising every single inch of the ride.

“I am actually speechless because this is my first ten and to get it at the Surf Dive ‘n Ski Australian Junior Surfing Titles, it just means so much,” said Bowrey.

On the boy’s side of the Under 14’s draw, it was Nate Hopkins who almost emulated Bowrey on a left-hand set wave. The New South Welshmen showed a great combination of speed, power and flow to impress the judges enough for a 9.5 point single wave total. Hopkins went on to post a 17 point heat total (out of a possible 20 points), sending a warning shot to his fellow competitors.

The day wrapped up with School Sport Australia requalification rounds in the MR Shield divisions with finals set to run in the coming days.With the swell forecast to ease off slowly into tomorrow afternoon, there is the possibility of a location change to Waitpinga Beach for the next few days of competition.

In the Under 18 Boys knock out round, Victorians Xavier Huxtable and Chad Garrett stood out in the solid conditions. Huxtable used superior wave selection to post the highest heat total of the round with 14.85 points (out of a possible 20 points), racking up an 8.5 point single wave score after linking up the outside bank all the way through to the rocks, delivering a handful of well-timed turns in the pocket.

Taj Simon was a standout in the Under 16 Boys requalification round, posting a 12.20 point heat total (out of a possible 20 points).

In the Under 18 Girls requalification round it was Queensland’s Piper Harrison and Western Australia’s April McPherson who impressed the judges with 11.25 and 10.80 point heat totals respectively.

Carly Shanahan well and truly put herself back in the minds of her fellow competitors after posting a round high heat total of 14.75 points (out of a possible 20 points) in the Under 16 Girls requalification round. 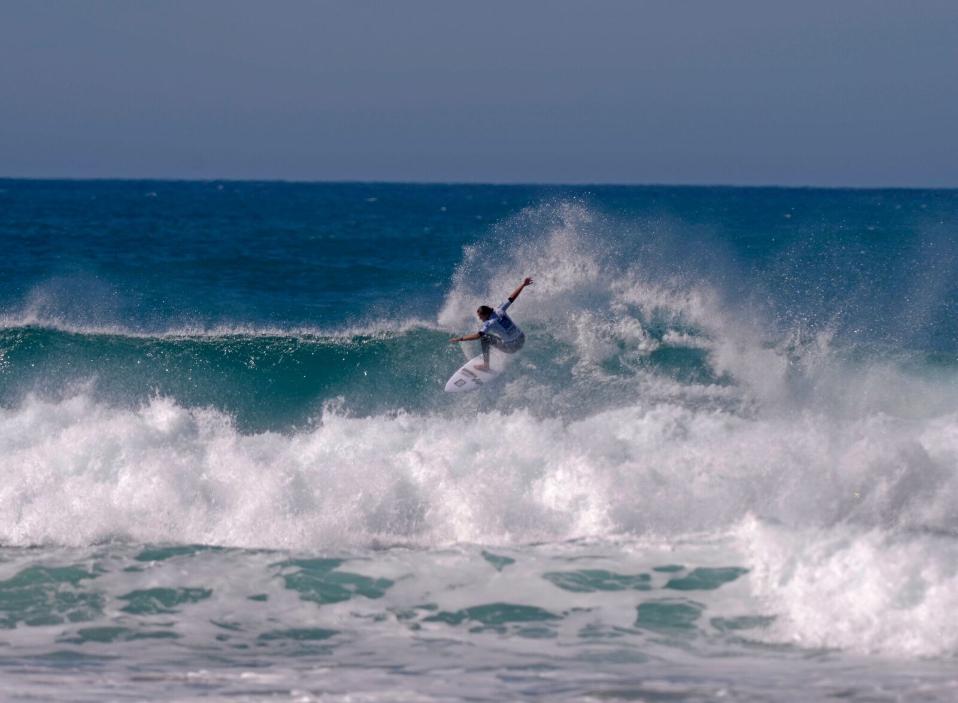 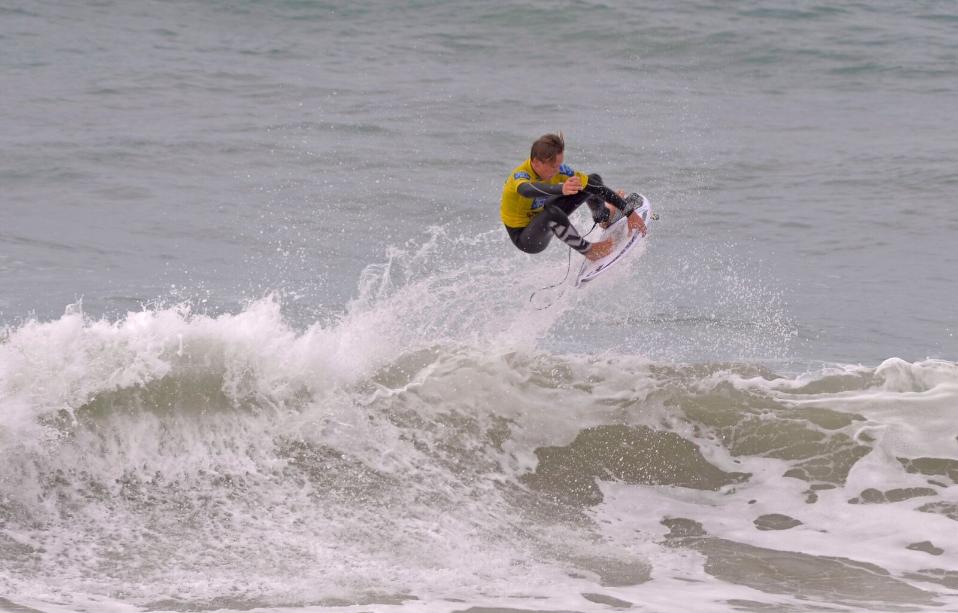 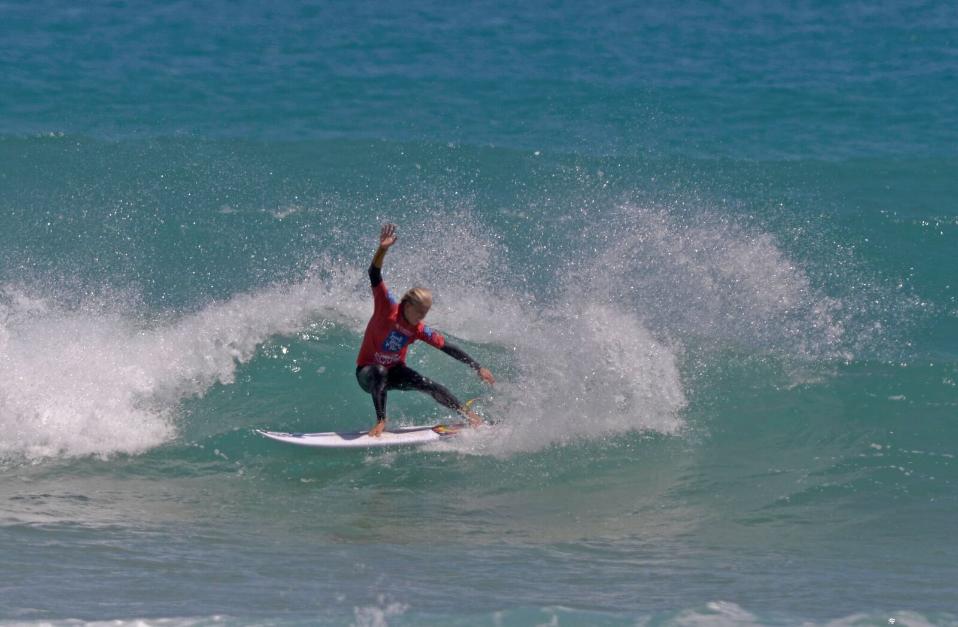 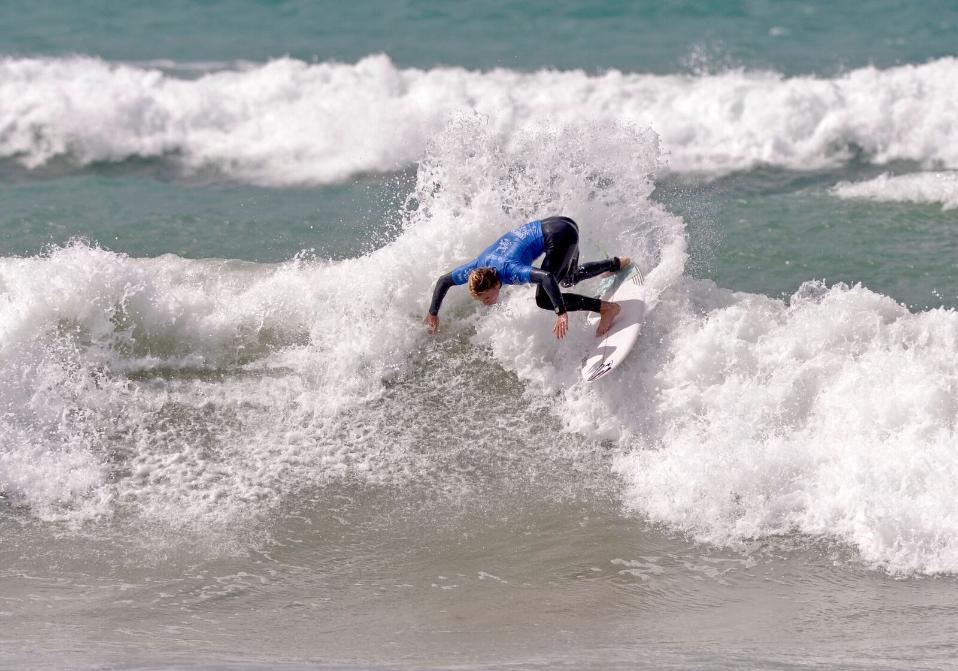 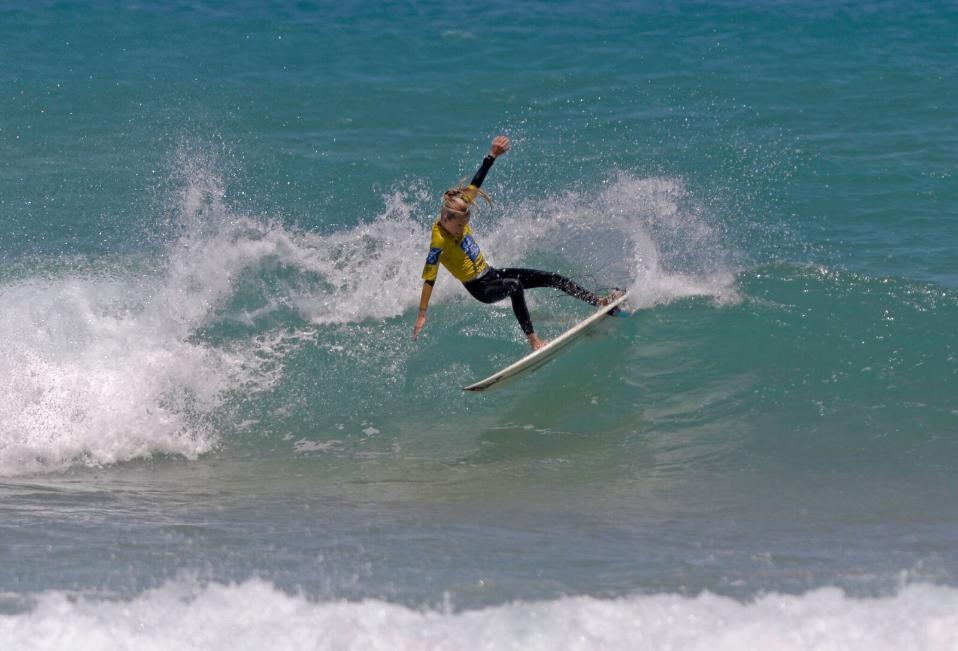 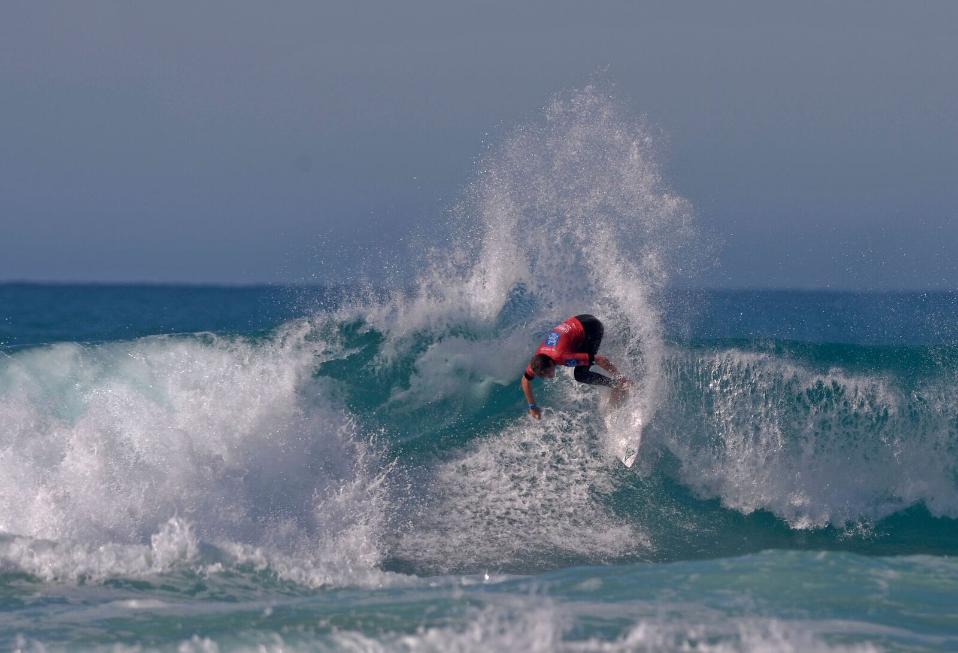 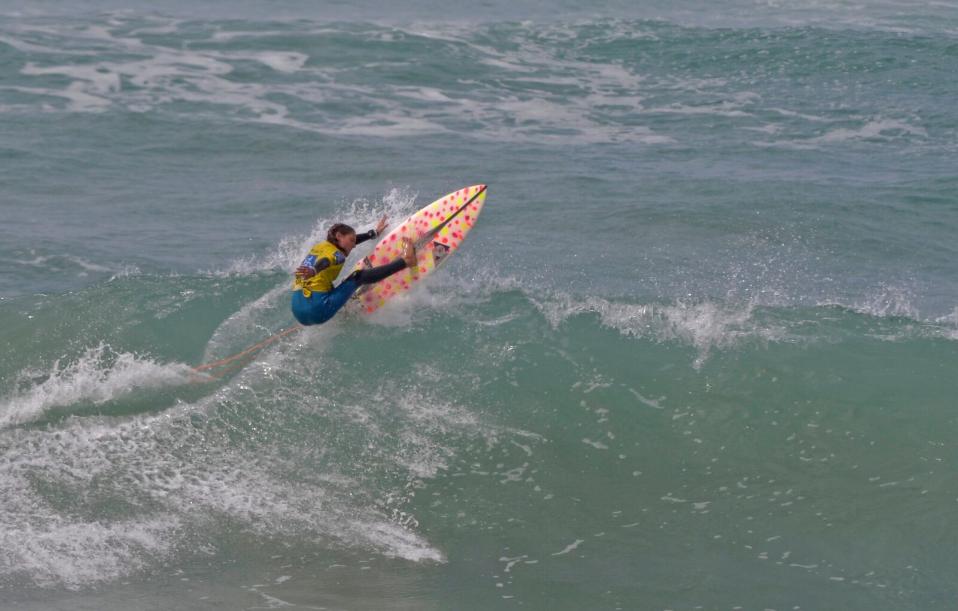 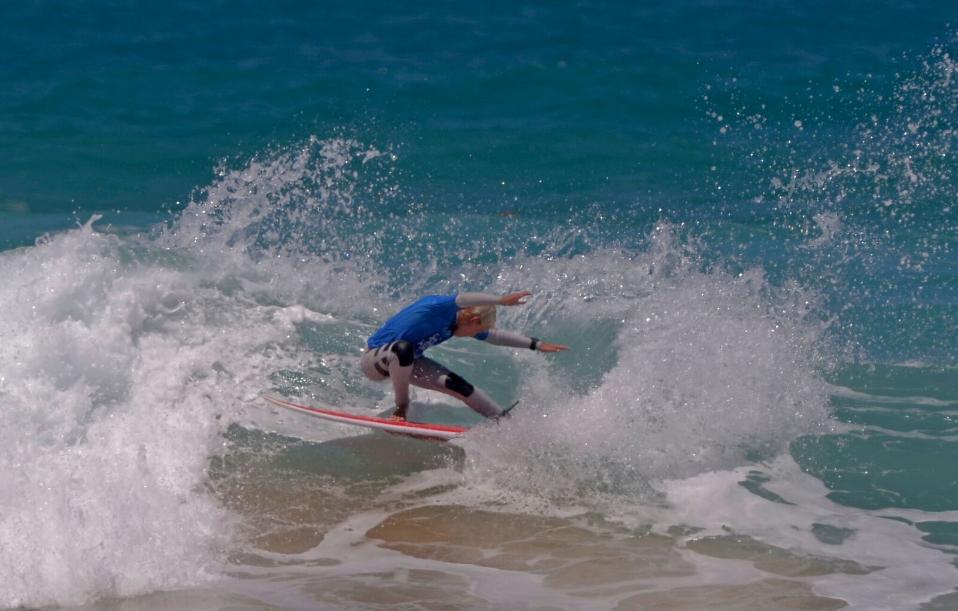 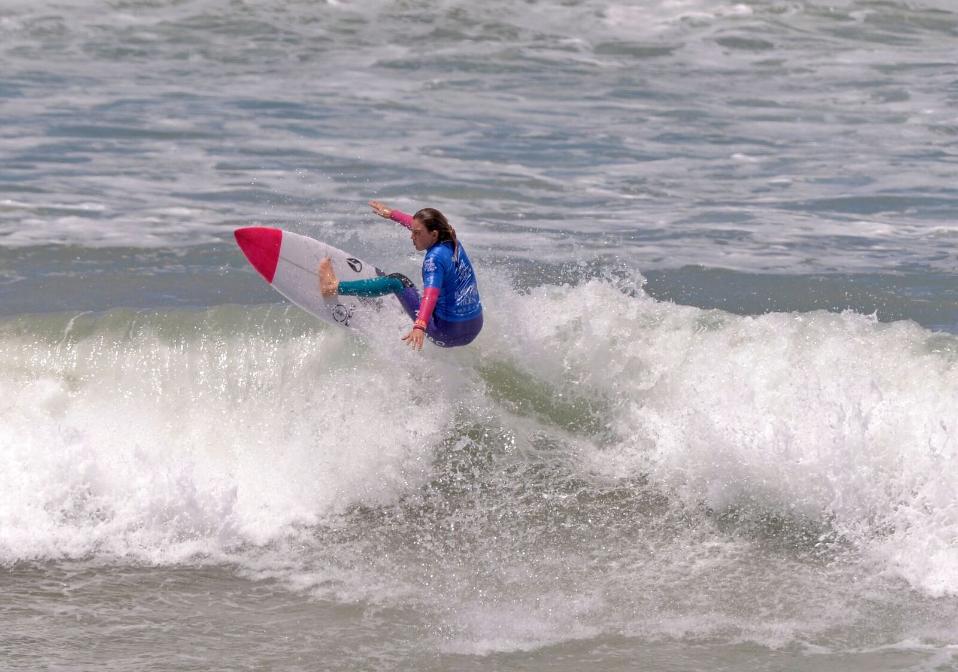 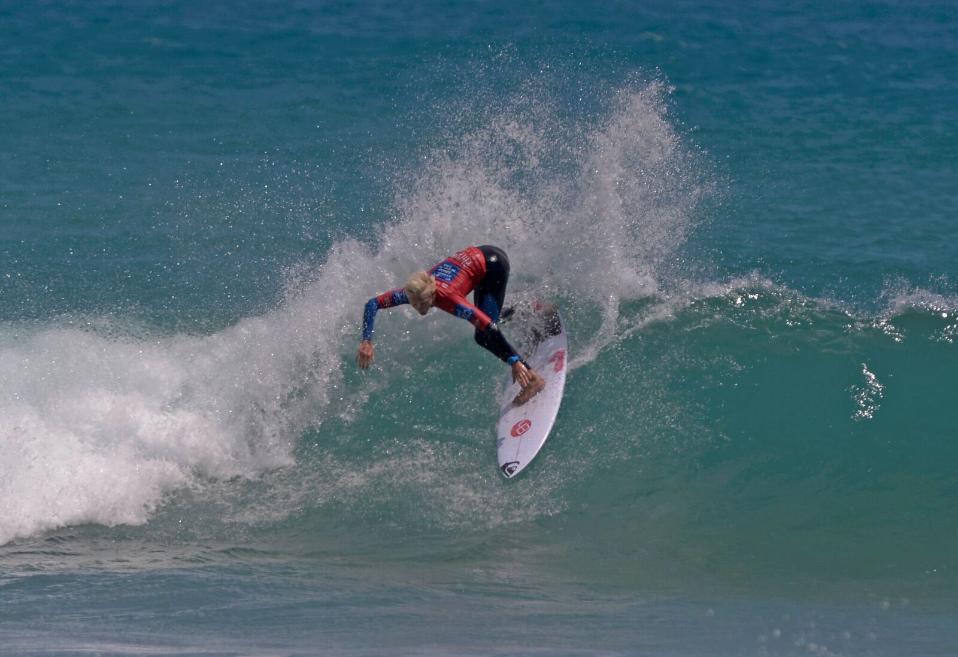 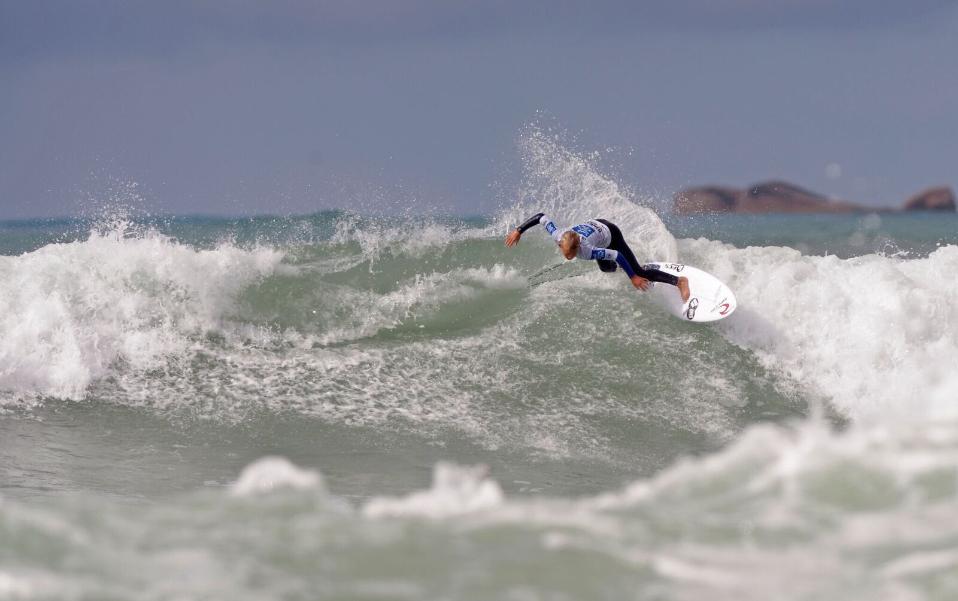 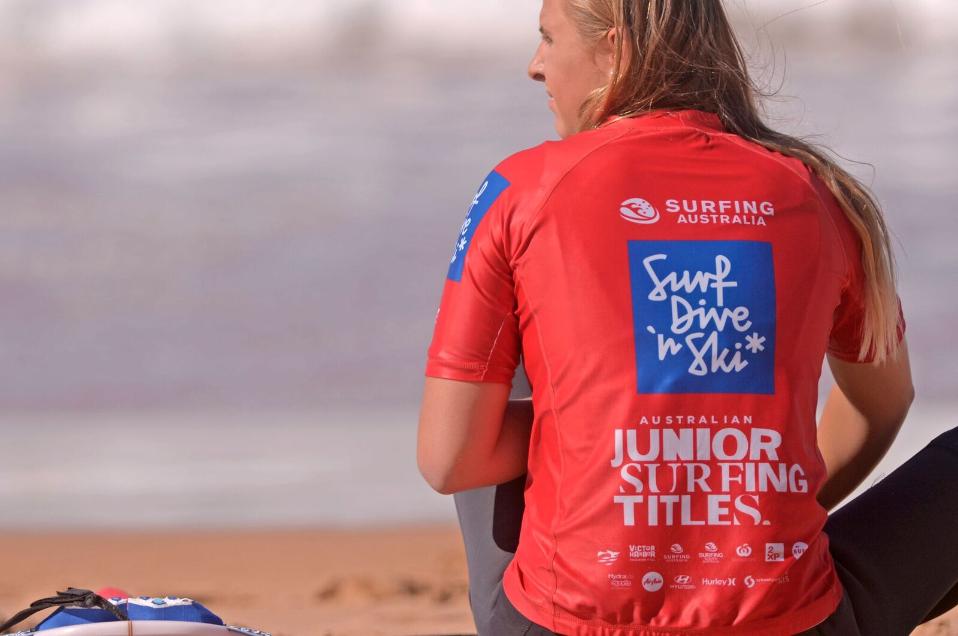